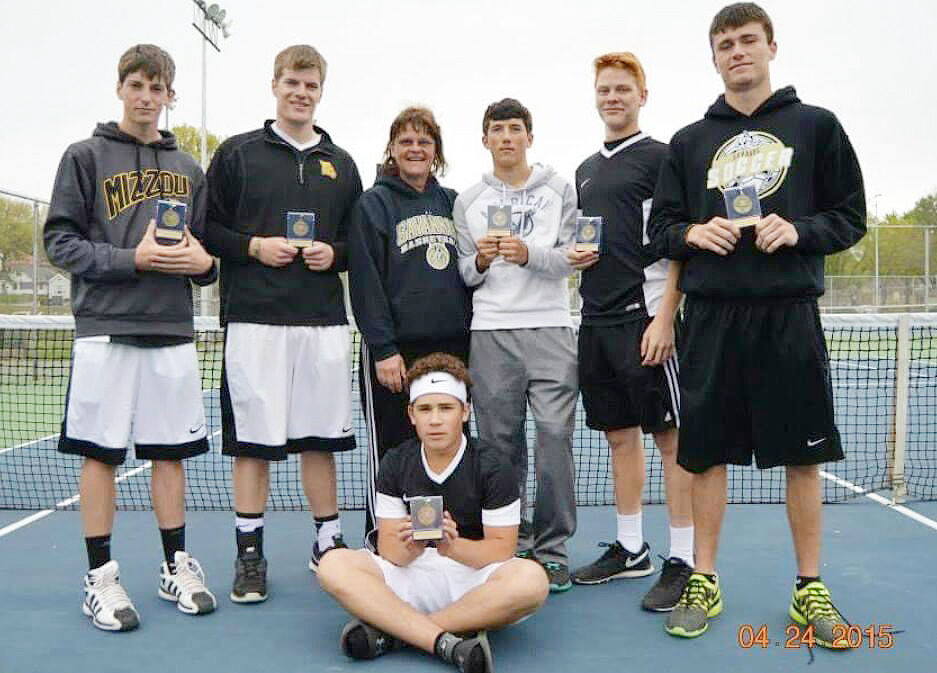 Traci Westfall is shown with the Savannah boys tennis team at the Midland Empire Tennis Tournament. 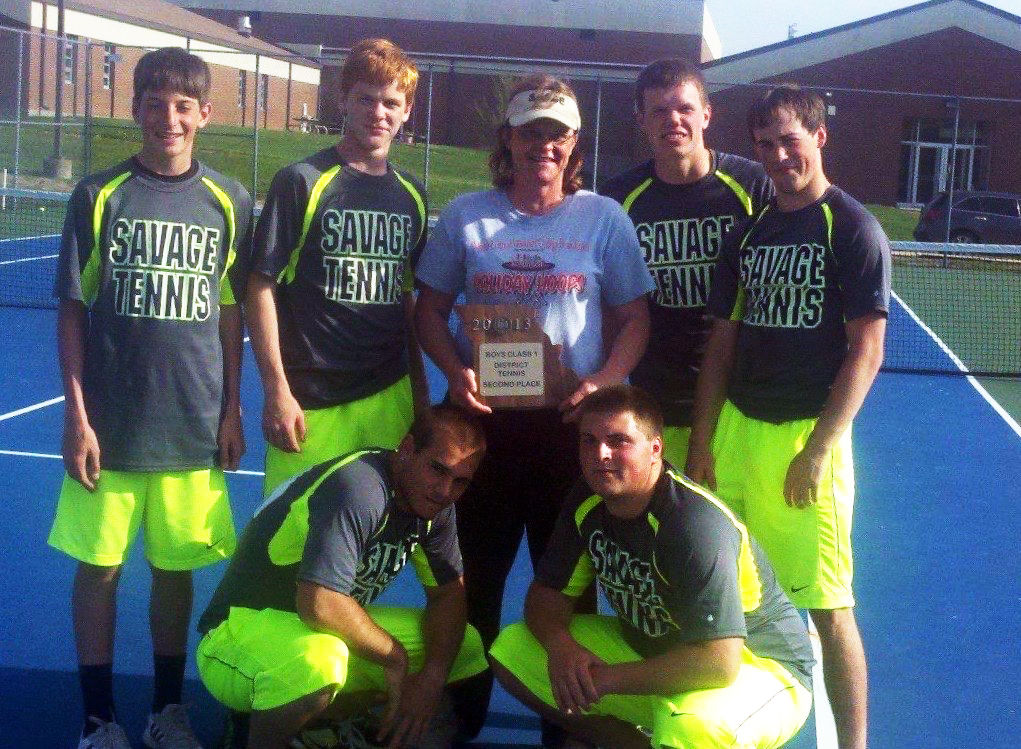 Traci Westfall is shown with her Savannah boys tennis team that placed second at districts in 2013.

Traci Westfall is shown with the Savannah boys tennis team at the Midland Empire Tennis Tournament.

Traci Westfall is shown with her Savannah boys tennis team that placed second at districts in 2013.

MARYVILLE, Mo. — Traci Westfall wanted to get closer to her hometown of Maryville after a couple of years teaching in two Kansas City area schools.

When she started looking, there wasn’t a job opening at her alma mater but she found one down the road a bit in Savanah. She was a bit hesitant at the thought of working for a rival school.

You could say even Savannah High School assistant principal Cindy O’Brien was a bit skeptical.

“She looked at me and said, ‘don’t you bleed green?’” Westfall recalled. “I said yeah, but actually I bleed red. I told her honestly I’m just home sick and I just want to be closer to home and she said ‘that isn’t half bad of an answer.’”

O’Brien, who now works in the Kearney School District, then asked Westfall if she got the job how long until she leaves Savannah for a job in Maryville.

“I told her it depends on how well I like you guys,” Westfall said with a laugh. “I’d be danged. I didn’t know how long I’d stay.”

Westfall stayed for more than 20 years at Savannah and that turned out to be her final stop in her teaching career. She retired after this school year and also stepped down from her duties as a tennis coach at Savannah High School.

Her education career started in the early 1990s and she left a big mark on Savannah’s athletic programs as she coached girls basketball, girls tennis, boys tennis and was the first coach for the softball program.

When all was said and done, she coached hundreds of athletes and games for the past two decades in the Midland Empire Conference. There was one team she knew she had to beat: Maryville.

“I didn’t know what it was going to be like playing against each other, but I’d be damned if I didn’t want to beat Maryville every time,” she said.

Before she went to Savannah, she had stops at five schools, the first was as a graduate assistant at Eugene Field Elementary in Maryville. Her first job out of college, the Northwest Missouri State graduate taught at Princeton. After two years there, she moved closer to home and landed at Nodaway-Holt. She was the girls basketball coach for two years before moving to Oak Grove. After two years in Oak Grove, she spent a year at Winnetonka in the North Kansas City School District.

The homesickness led her to looking for jobs closer to Maryville, where her parents still lived.

“I’m a Spoofhound, raised a Spoofhound and raised a Bearcat all my life,” Westfall said. “When I went into the interview, I said, ‘I don’t know about this.’ That is our big rival and we played sports against them my whole life.”

She landed the job at Savannah and took over the girls basketball program, which she guided from 1999 to 2013. Westfall took great pride in scouting teams but put emphasis against the foes from Maryville. Coach Terry Hopkins would joke with Westfall that she would know every play Maryville would run by her dedication to scouting.

“I hated losing to them,” she said.

The softball program started in 2005 and she guided the program for the first three years. Savannah won its initial game against Lathrop, but got in the win column only five other games the next three years.

Savannah started both softball and girls soccer that year. The softball team, though with good numbers, struggled to gain the experience that programs like Maryville, Chillicothe and Smithville had at the time.

She picked up coaching tennis, first the girls in 2009. She then became the boys coach, and one year she was the head coach of three programs in one year with basketball season sandwiched between two tennis seasons.

After giving up basketball, she coached both tennis teams through 2017 and just the boys the past two years. Her final season, which was supposed to be this season, ended up being called off due to the COVID-19 pandemic.

She hopes to still serve as a substitute teacher this next school year so she will have a chance to see some of her special education students she never got to say goodbye to before retiring.

She still sports her Savannah black-and-gold around Maryville, often getting some side-eye looks at Walmart or Hy-Vee.

Westfall found a perfect way to describe herself by her Twitter handle @SavageSpoof.

Both towns have played a big part in her life.

“Driving down there, that has been my home and my place,” she said of working in Savannah. “I look it as a win-win. Because Maryville wins a lot. Savannah wins too and has a lot of tradition with so many good things. The town, the school is the heart and soul. So much about that I have a win-win for where I live and where I work.”