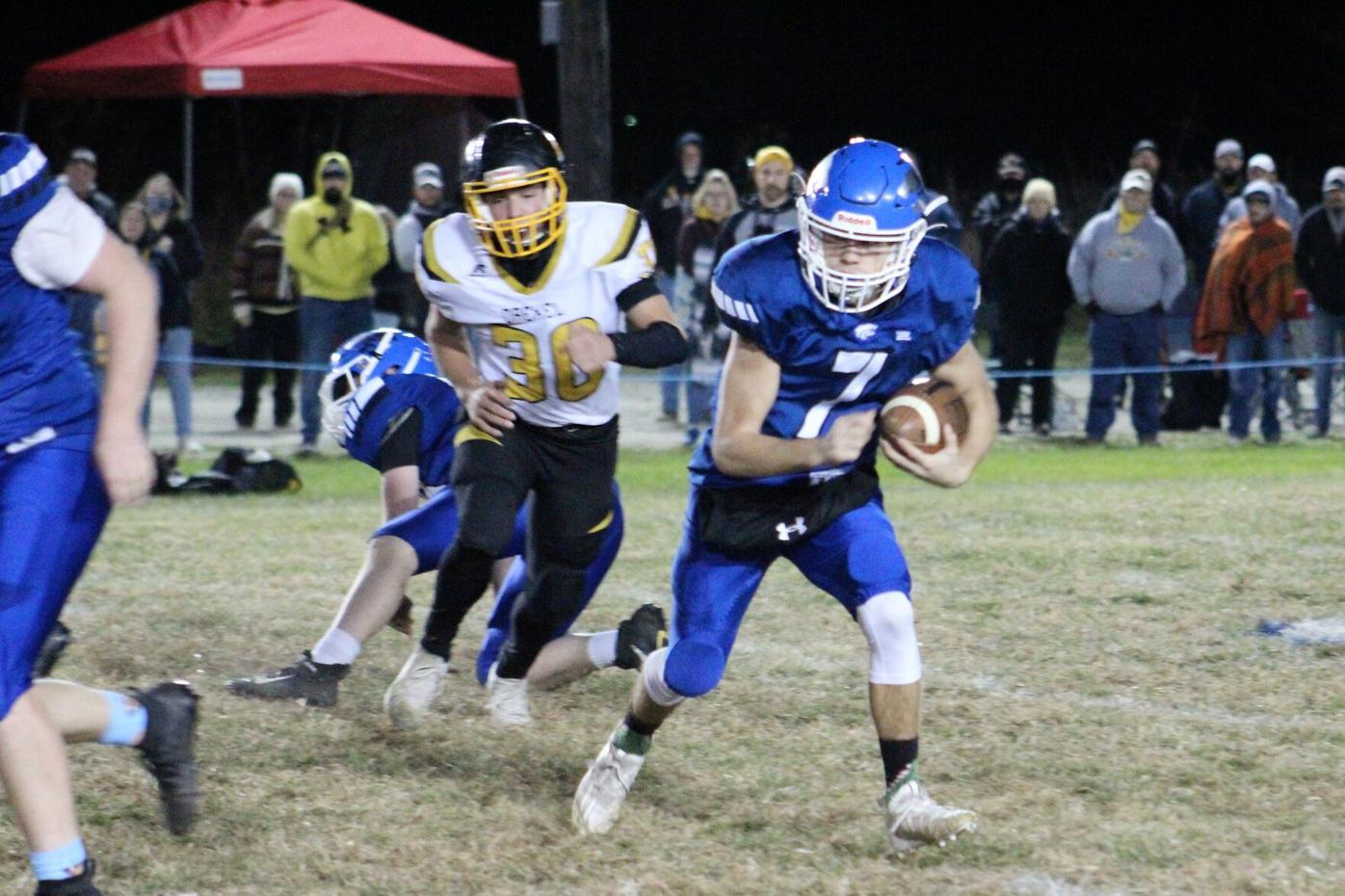 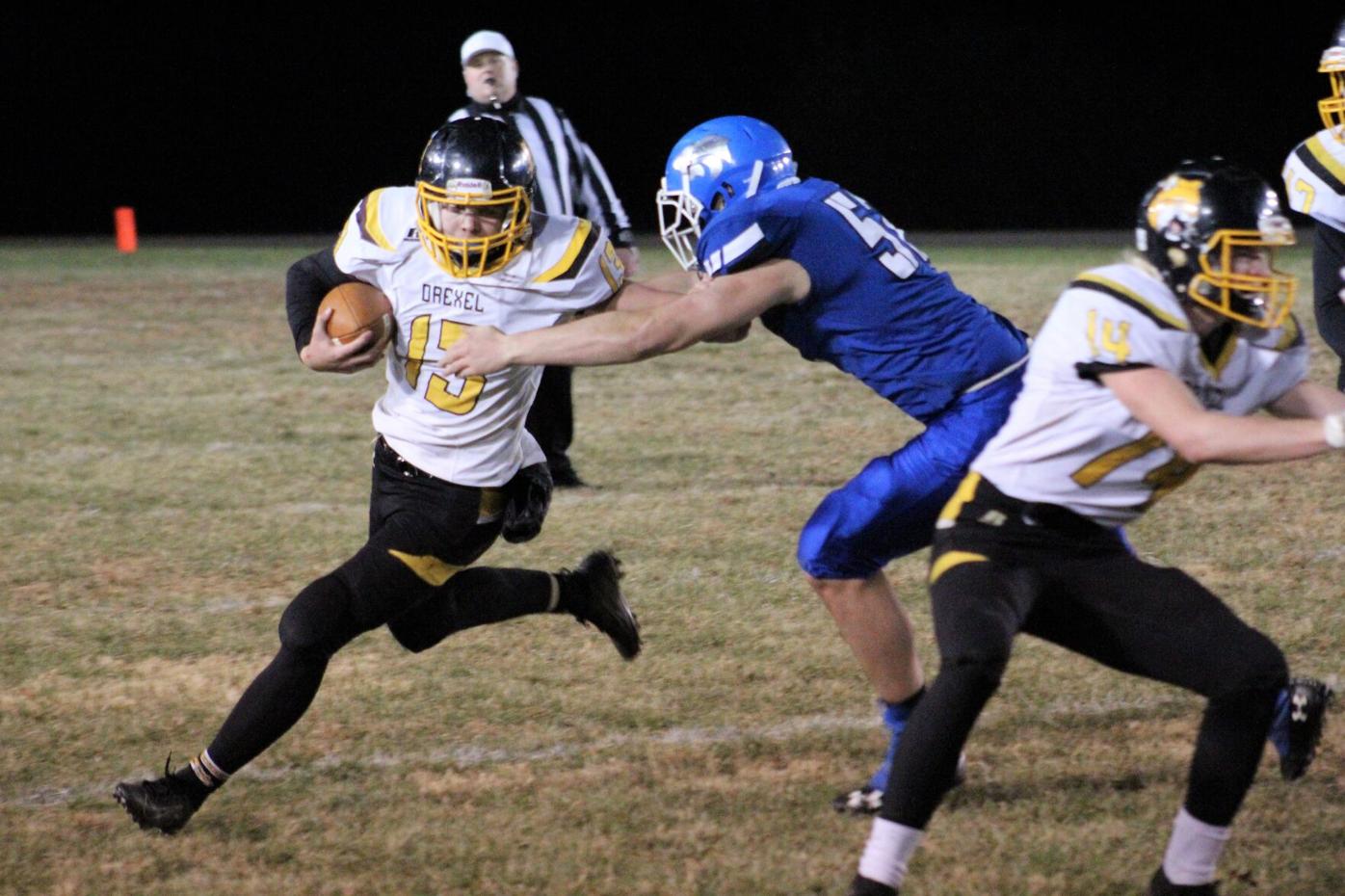 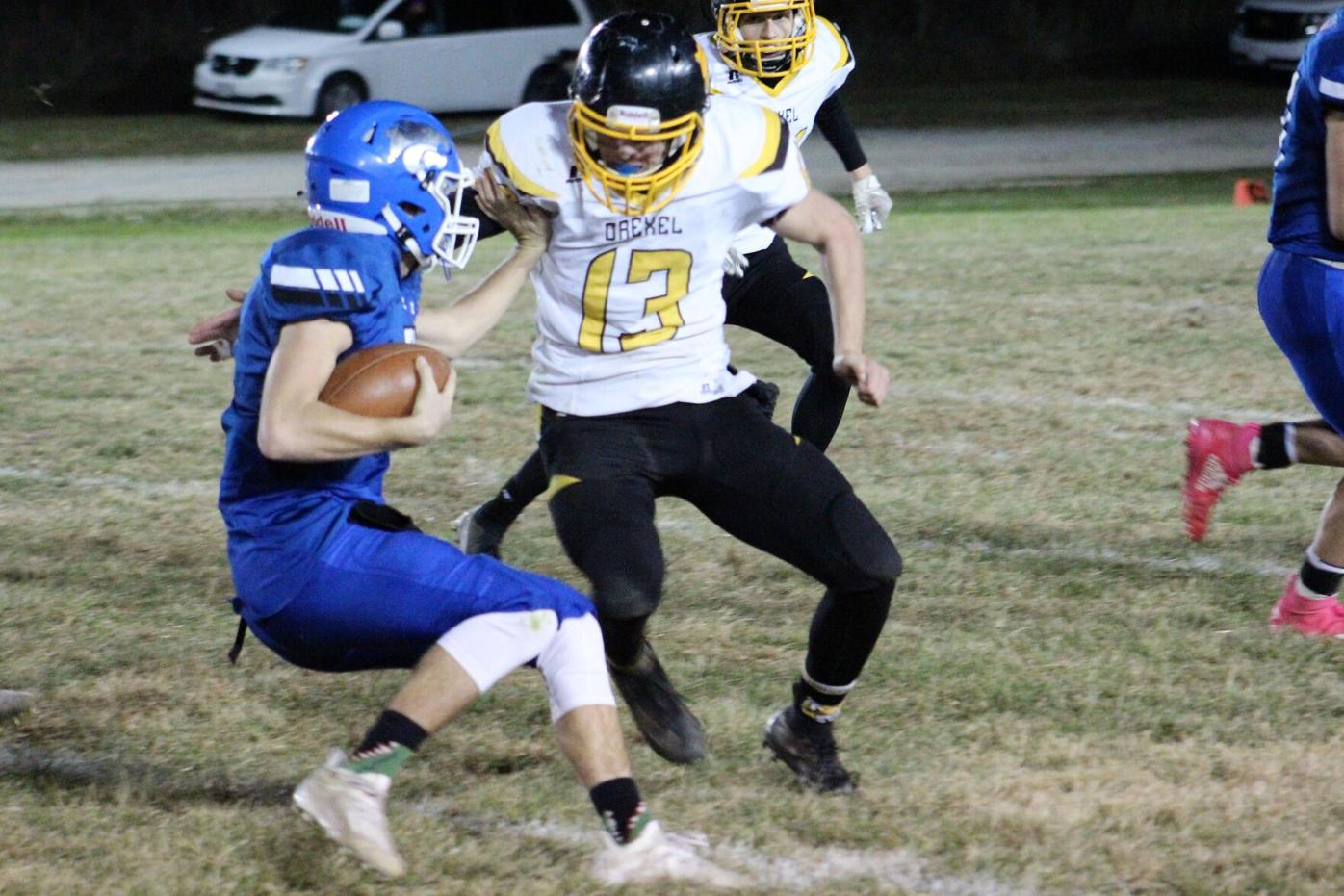 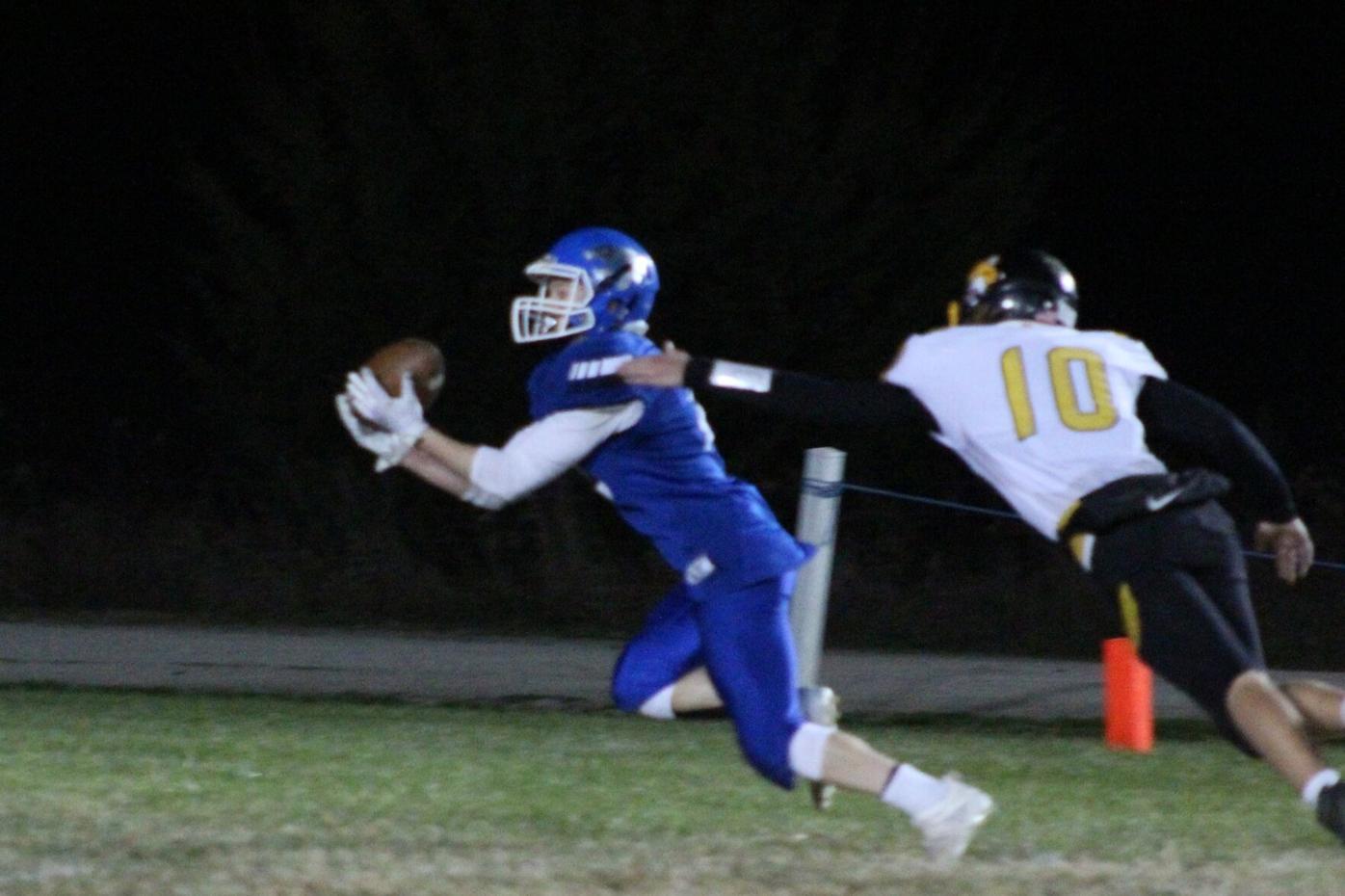 LUDLOW, Mo. – For Southwest Livingston and Drexel, Friday night’s matchup was all too familiar of each team’s semifinal game one year ago.

For the Wildcats, the result was positive, advancing to their second-straight title game. The Bobcats performed better than they did a year ago, but a huge second half from Southwest Livingston led to a 52-22 Wildcat victory.

“I’m a little bit emotional, but not as emotional as I thought I might be, but I don’t think it’s sunk in yet,” Southwest quarterback Wes Hughes said. “We’re going to state — the state championship, it’s freaking awesome!”

The Wildcats took the opening drive 39 yards on nine plays to open the game. Hughes and the offense found ways to keep drives alive most of the night, and that started with their first drive. The Bobcats forced a fourth-down attempt from their own 10-yard line, but Hughes cut up the middle for a touchdown and the game’ first score.

Drexel went three-and-out on their first drive with three runs for three yards. The Bobcats’ defense once again forced a fourth down attempt on the Wildcats’ second drive. Hughes connected with Parker Keeney for a first down. Patrick Warren scored to end the drive with a six-yard touchdown.

“Game plan wise, we came in and we were trying to limit Wes Hughes from running around and make them make plays elsewhere,” Drexel coach Phillip Dean said. “I think we were able to do that and when plays were funneled elsewhere, whether that be the pass or Warren, those guys made those big plays. That’s kind of where we put our money, we wanted to see if those guys could step up because we knew Wes could do it and those other guys stepped up and made those plays.”

After failing to tally a touch on the first drive, Drexel running back Jacob Coffey carried the ball on the Bobcats’ first four plays of the drive for 25 yards. The drive had a sour ending, though. After working its way into the red zone, Drexel turned the ball over on a fumble.

The Bobcats came into the semifinals matchup with the state’s best defense, and after allowing scores on Southwest’s first two drives, the defense finally made a stop. Hughes first pass fell incomplete, then on the second play of the drive, his Drexel counterpart intercepted the senior quarterback.

Coffey carried the ball 17 times in the first half, eight of those coming on Drexel’s third drive. The sophomore rushed for 45 yards on the drive and assisted in the Bobcats’ first touchdown. Inside the five, Coffey’s attempt at a score resulted in a fumble that was recovered by junior Cory Cumpton for a touchdown.

The Wildcats quickly regained the momentum, beginning the drive with a 12-yard run from Warren. Hughes then connected with Keeney for a 32-yard touchdown to give Southwest Livingston a 22-6 lead with 7:46 left in the half.

After failing to score on their first two drives, the Bobcats and Coffey scored for the second-straight drive. The answer to Hughes’ touchdown was three carries from Coffey for 40 yards, including a 36-yard touchdown run to make it 22-14 at halftime.

“One of the best running backs in the state,” Southwest coach Oren Magruder said. “You try and simulate those spin moves and those moves in traffic and you just can’t do it. We don’t have that guy on our scout team, unfortunately. We just really had a hard time getting a hold of him, we were getting contact at the line of scrimmage and he was just getting away.”

The Bobcats received the ball to open the second half with a chance to tie the game. But the turnovers continued to mount up with a fumble on the second play of the drive.

“Twenty two points at half has to be one of their lowest point totals,” Dean said. “There was time there where the game was in reach, but we just couldn’t turn the corner or do the things that we needed to do. Once again, that goes back to Oren, when we needed to make a play, one of his guys would step up.”

Keeney’s big night continued after the turnover, catching a two-yard touchdown pass. Drexel tried a little trickery on its next drive with a fourth down pass from Coffey that was intercepted in the end zone. Keeney then caught his third touchdown of the game, giving the Wildcats a 36-14 lead with 7:39 left in the third quarter.

Jaeden Sears and Warren each added a touchdown over the final quarter and a half to get Southwest to the 52-point mark. Coffey left late in the game with an injury that came from a hit by Sears. Senior Brayden Law finished the game at running back, carrying the ball seven times for 52 yards and a touchdown.

Southwest Livingston will face the undefeated North Andrew Cardinals next Saturday in the Missouri 8-man championship game at Chillicothe High School. It is the first title game for North Andrew since 2016, while the Wildcats will be making their second-straight trip.

“Last year was awesome and frustrating all at the same time,” Magruder said. “Mound City was really good, but I still don’t feel like we played our best game — not saying that we would have won anyways. But I think we played slow, we played sluggish and we would looked big eyed like we hadn’t been there before, which we hadn’t. This year I’m hoping that we can be a little calmer and get out there and see our best stuff this year.”