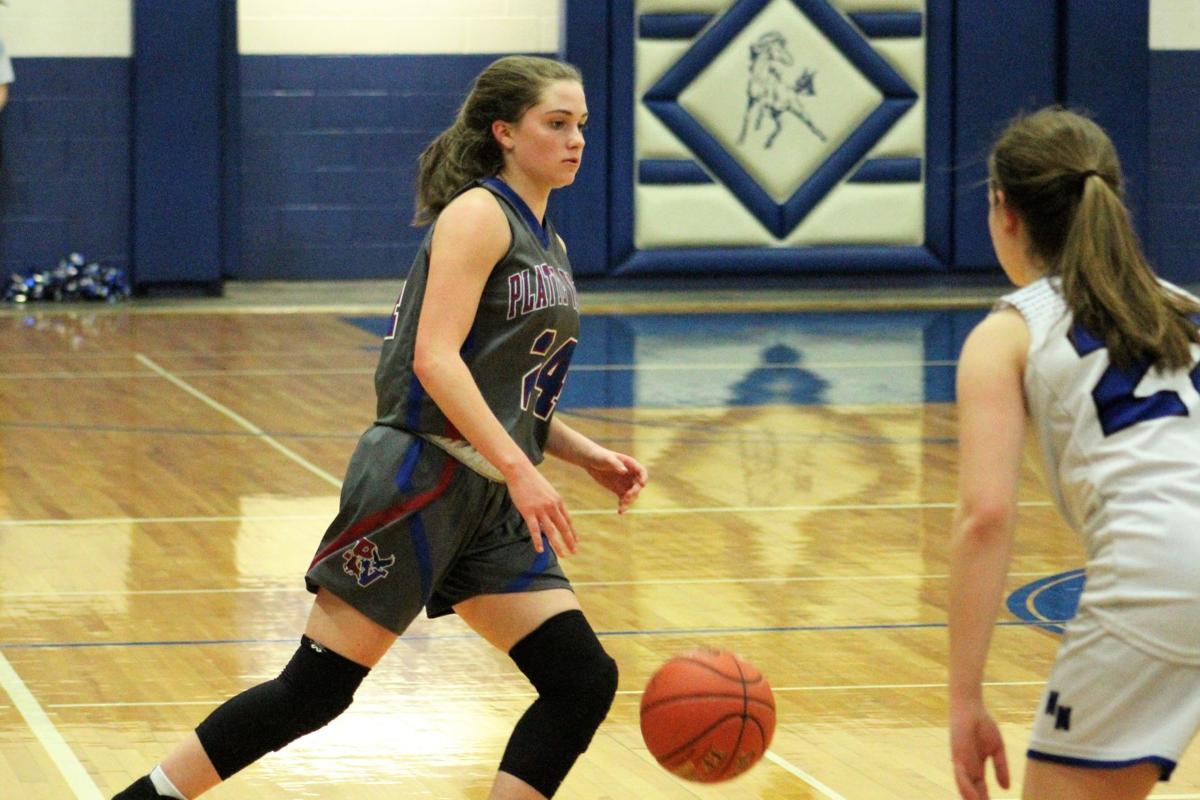 Platte Valley's Stephanie Turpin brings the ball down the court. 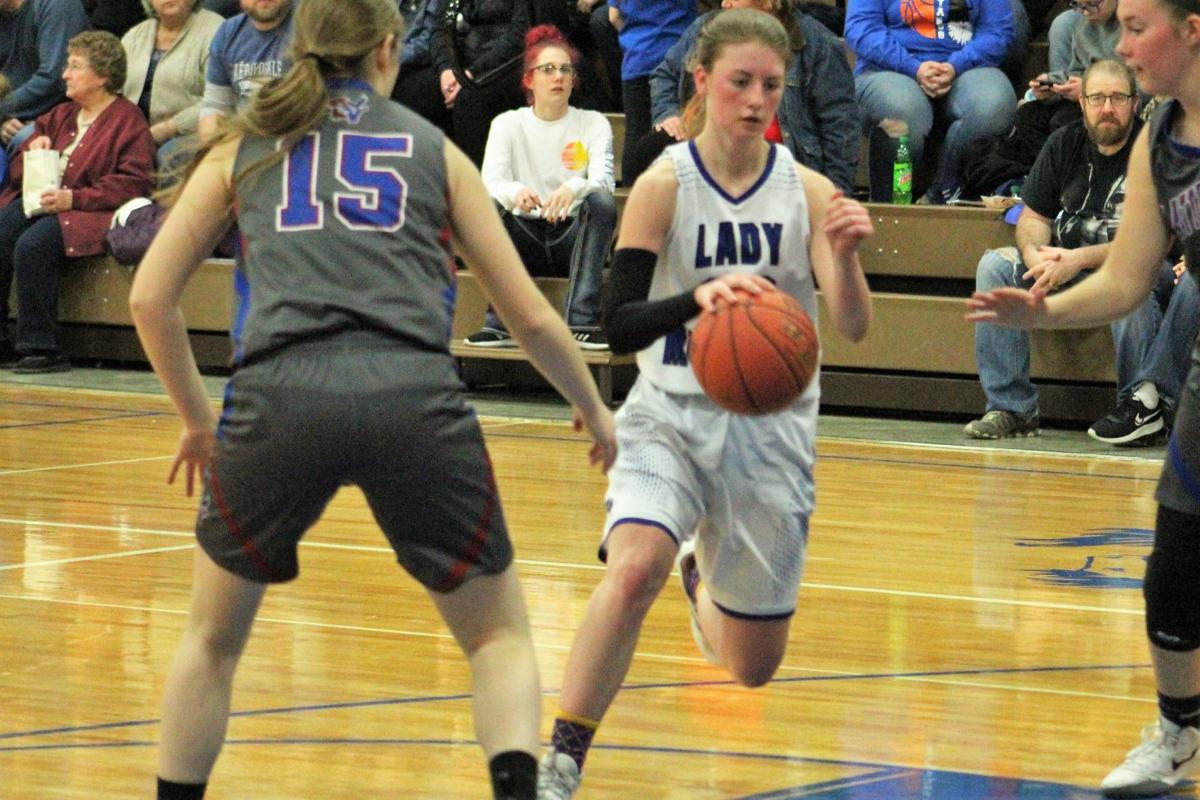 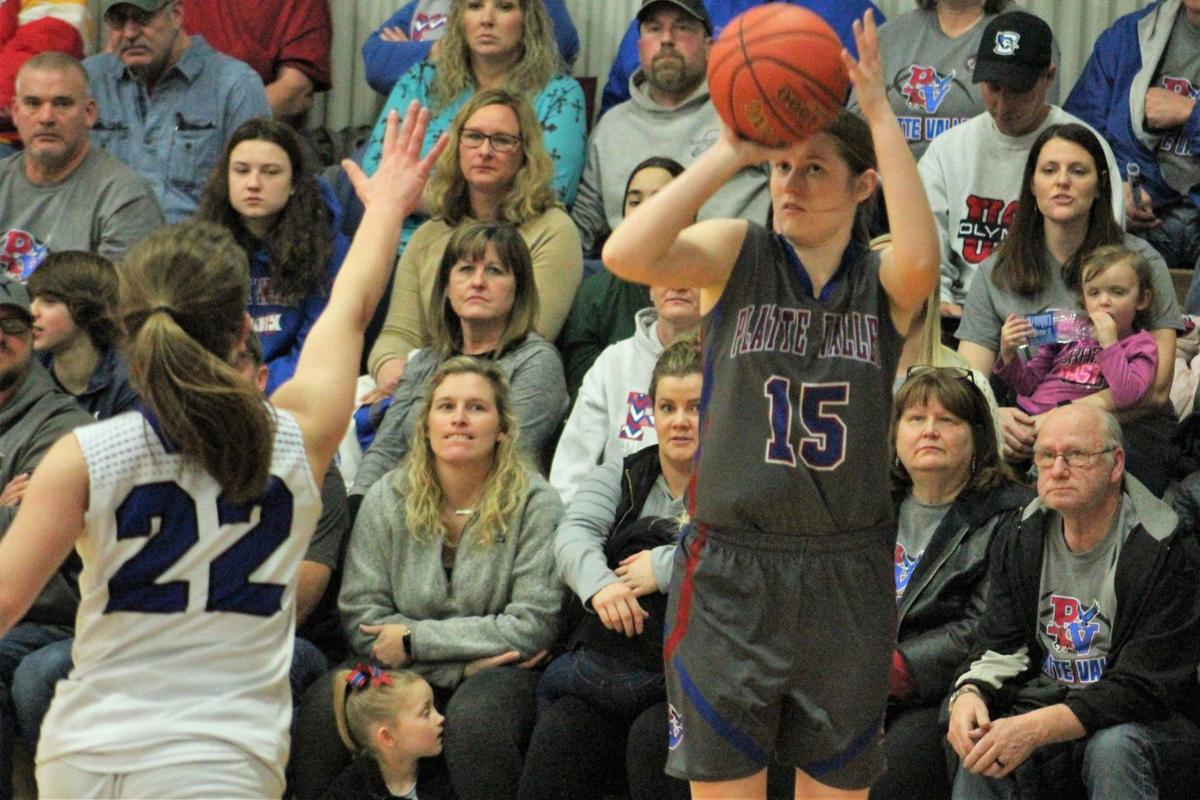 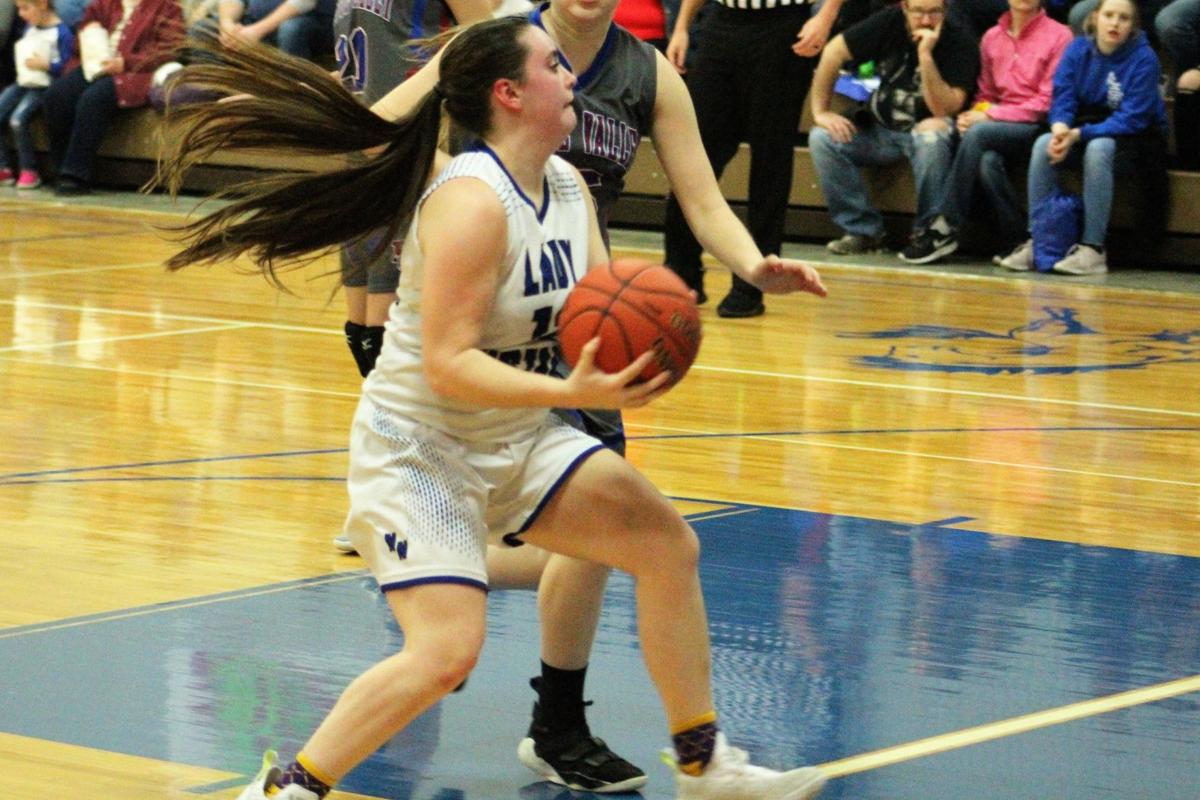 North Nodaway's Jadon Dobbins goes in for a shot attempt. 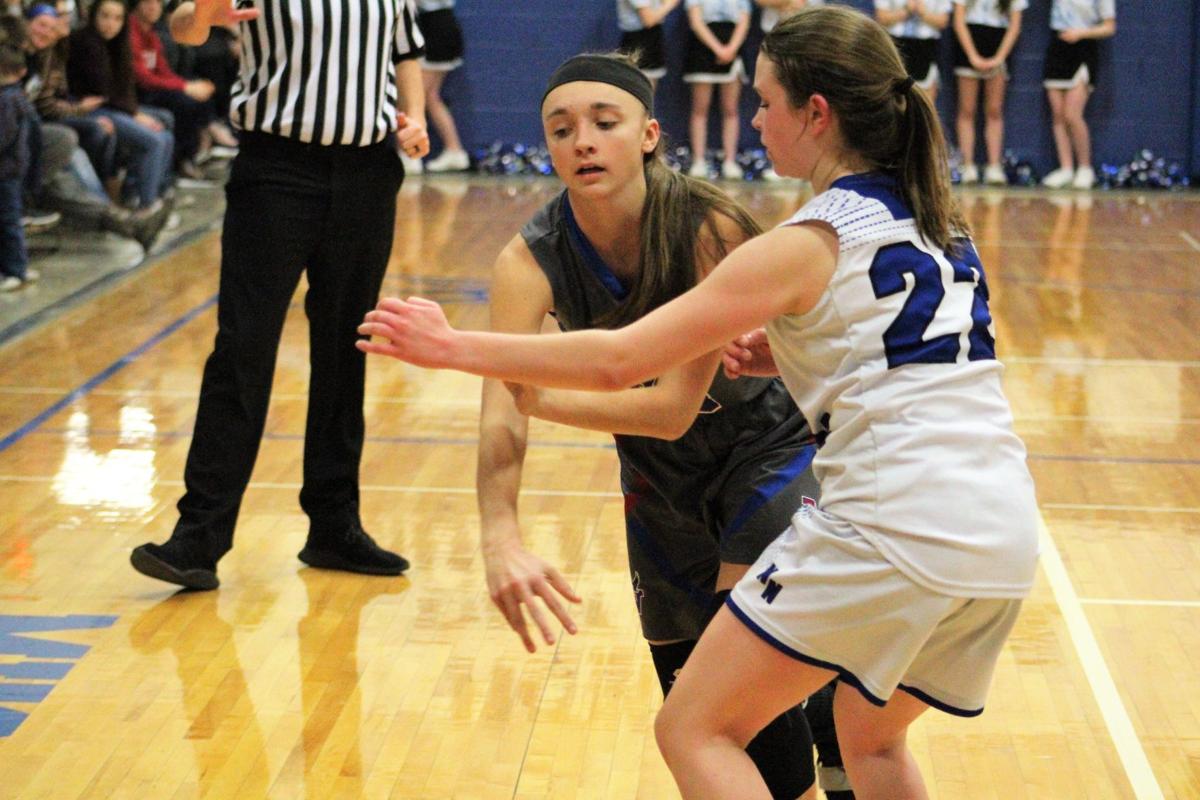 Platte Valley's Stephanie Turpin brings the ball down the court.

North Nodaway's Jadon Dobbins goes in for a shot attempt.

“I felt like we played confident offensively, but defensively we could have stepped it up and not gotten split as much,” Platte Valley’s Stephanie Turpin said. “But you know, we got the job done and finished strong.”

Jaclyn Pappert was a force for the Valley offense in the first half, scoring the game’s first points and 14 overall in the game. North Nodaway’s Jackie Cline answered Pappert’s basket with one of her own, tying the game at two. Platte Valley then scored six-straight, forcing Mustang coach Sami Jackson to call a timeout.

“We did a good job of being patient when we needed to be and attacking in transition and got really good looks,” Platte Valley coach Tyler Pedersen said.

Cline drove the lane for her second basket out of the timeout, but again, Pappert had an answer. The Mustangs responded with their best run of the game, scoring seven-straight to take their first and only lead, 11-10.

Sophomore Stephanie Turpin helped Platte Valley start the rally, putting the game out of reach for the Mustangs. Turpin scored six of the Valley’s next eight points to extend their lead to 21-13. The point differential kept rising as Platte Valley extended its lead to 30-13 with 4:05 left in the first half.

“Stephanie Turpin had a big game offensively and if we get her going, that’s just one more threat,” Pedersen said. “Then we’re capable of putting several girls on the floor who are capable of going double digits any given night and that makes us really hard to guard.”

North Nodaway junior Jadon Dobbins ended the Valley’s long second quarter run with her second three-pointer of the half. But Turpin and Pappert each added a basket at the end of the half to give Platte Valley a 34-16 lead at halftime.

“It’s good to know that you have teammates there to pick you up when you have an off night and we can still score a lot with the players that we have,” Turpin said. “We do a good job of scoring a lot.”

The Valley defense continued to hold down a North Nodaway offense that scored 53 points just a few days ago, while making nine three-pointers. The Mustangs’ Kandace Damgar scored 22 points in that game, but was held to just two points by Platte Valley.

“There was that time in the second half where I felt like we just gave up,” Mustangs coach Sami Jackson said. “In games like this, we need every effort play, every 50/50 ball—we need all of those. In the first quarter we had every reason to go out, play confident and play big and we just let them have a big lead.”

Cline led the Mustangs with 14 points and averaged 17 points per game over the last week for North Nodaway. Dobbins was second on the team with 11 points.

Turpin and Pappert tied for the team scoring lead with 14 points in the win. Kaylin LaMaster scored 11 points.

North Nodaway dropped to 11-8 with the loss, but the Mustangs will have an opportunity to get one back in the win column on Tuesday when they travel to Mound City to face the Panthers, who are 6-11 this season. Mound City is averaging just 29 points per game, while Jackson’s team has averaged 40 per game.

Platte Valley has now won eight in a row and 14 of 15 to improve to 18-3 this season. The Valley will face Union Star (1-14) on Tuesday. The Lady Trojans are averaging just 25 points per game, while Pedersen’s team is allowing just 24 points.