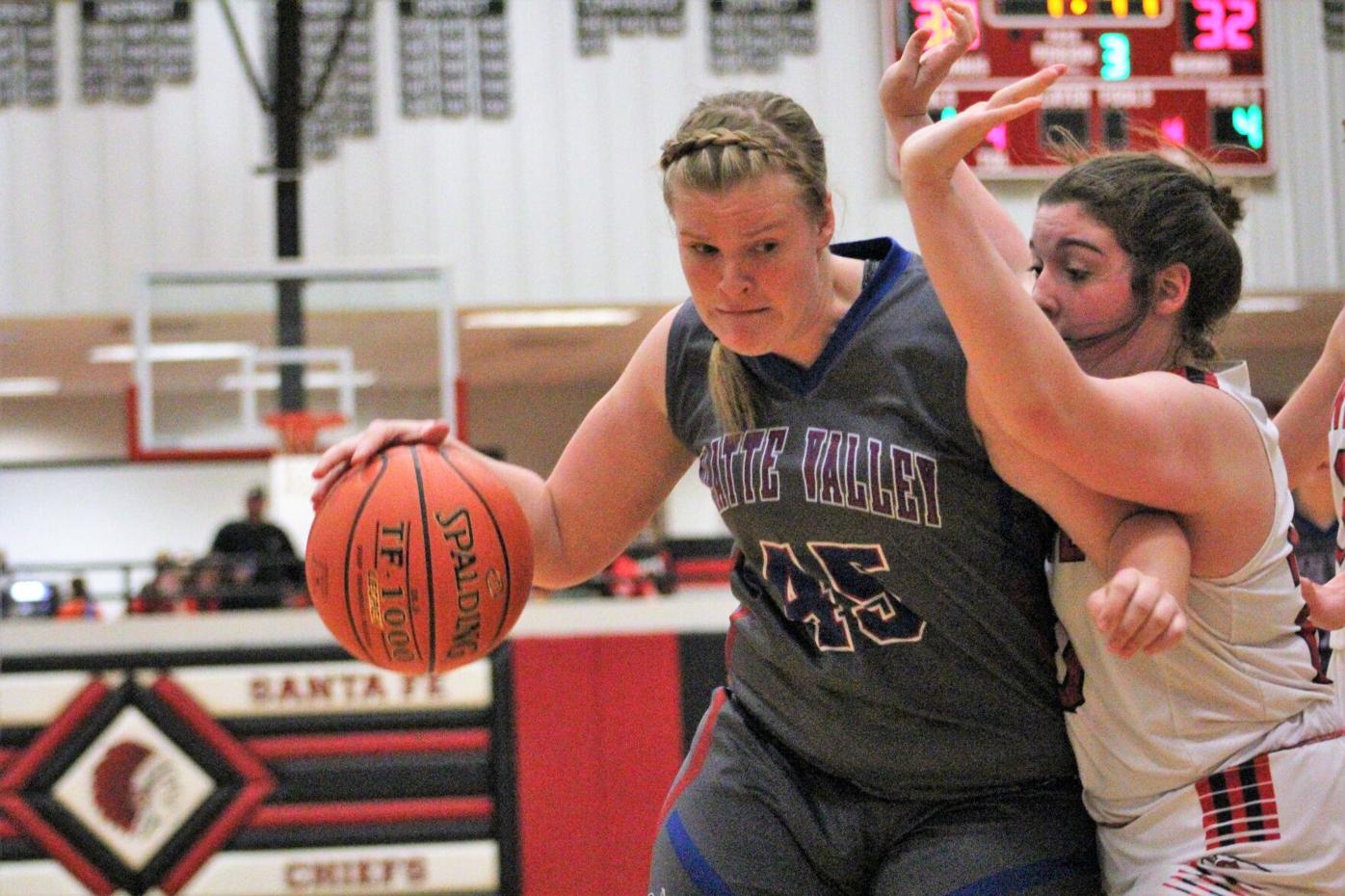 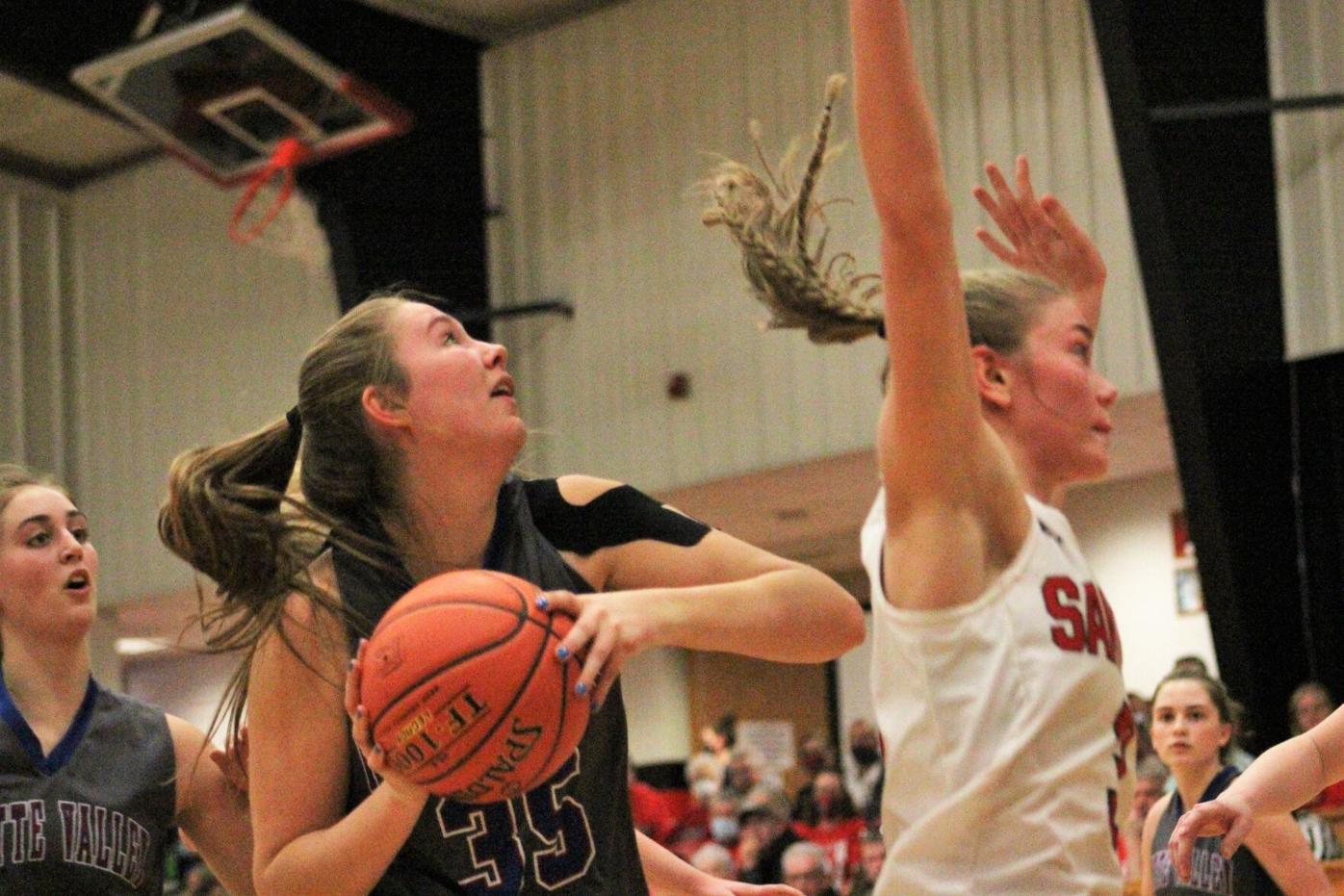 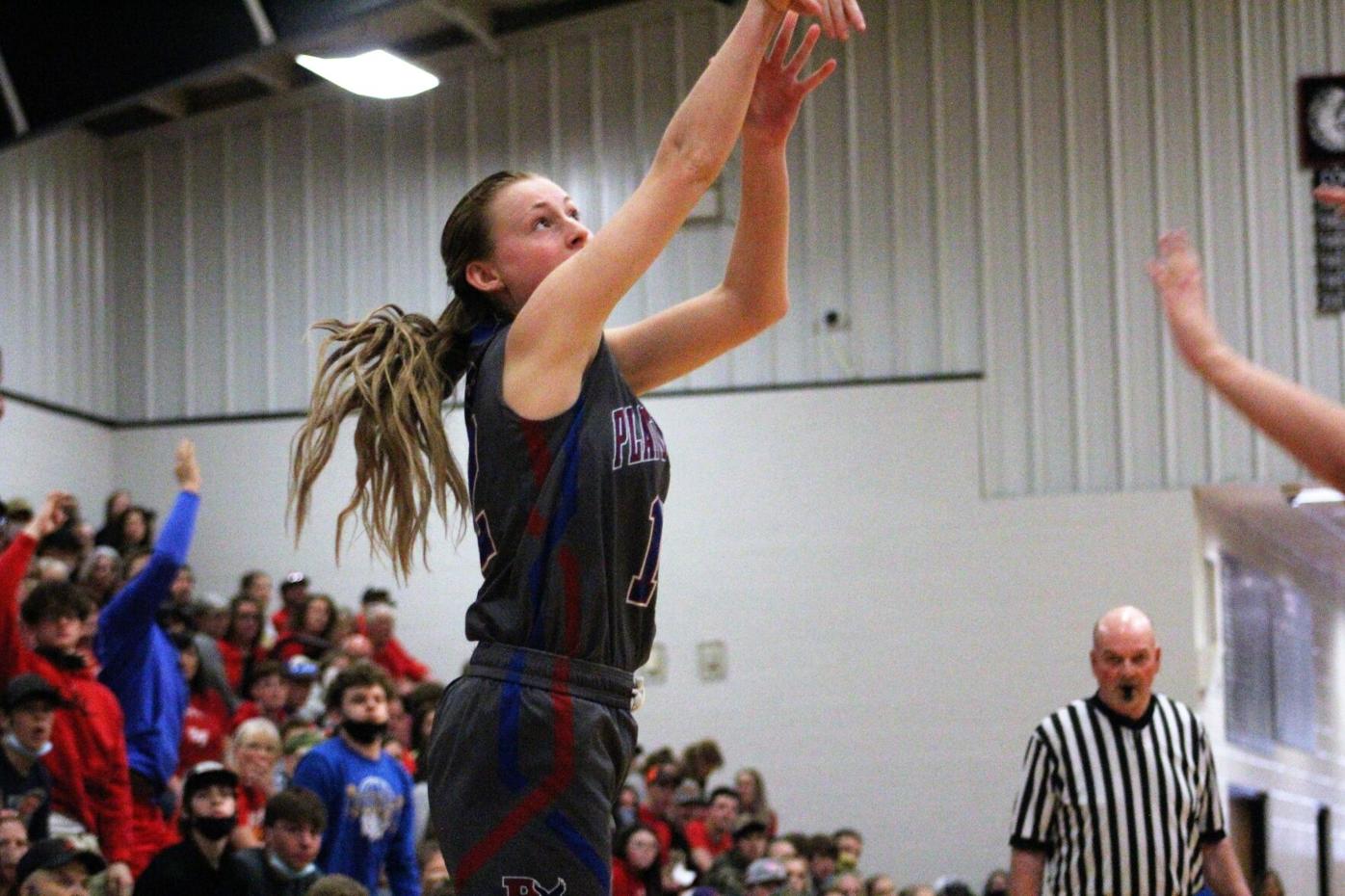 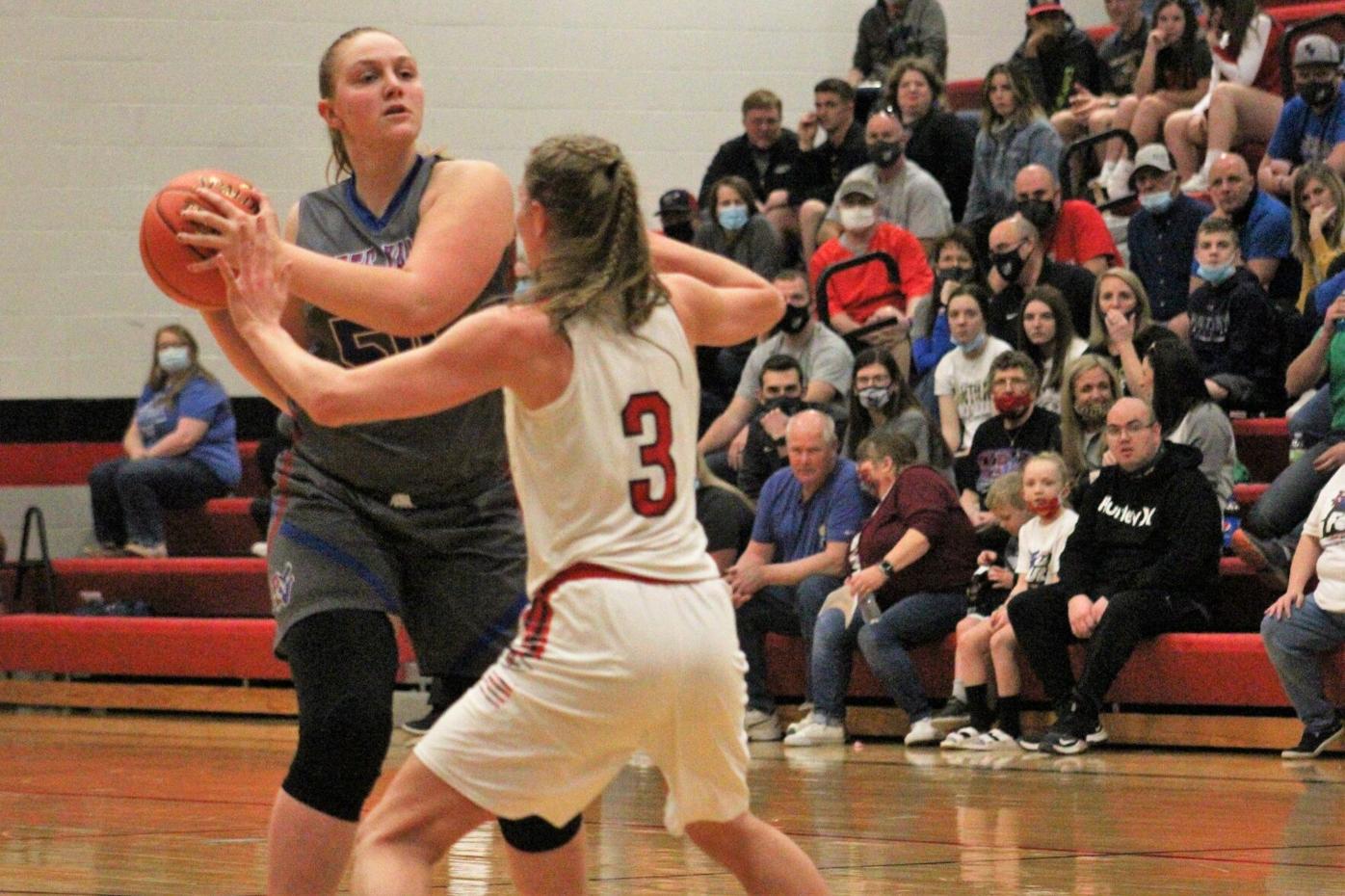 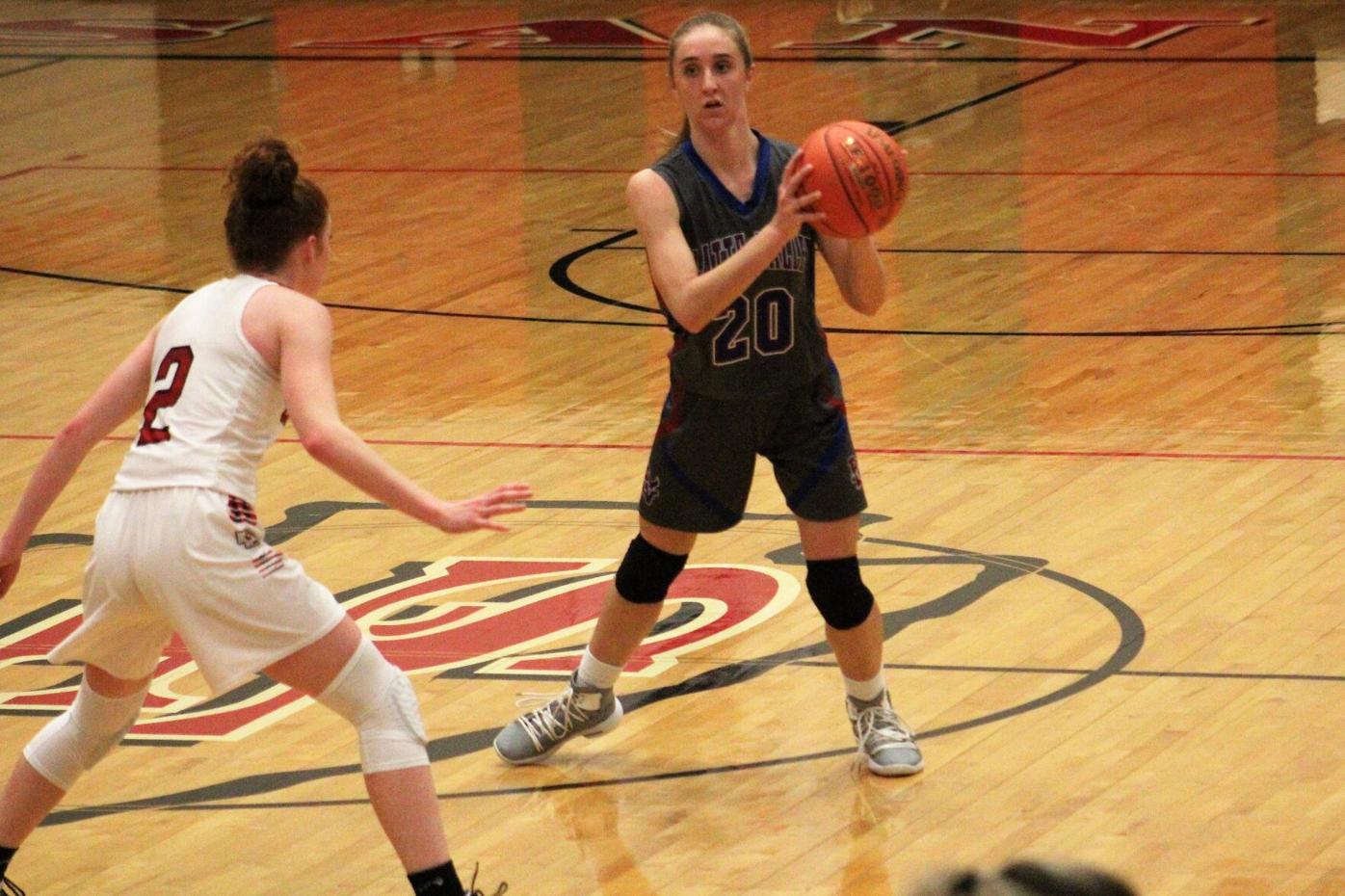 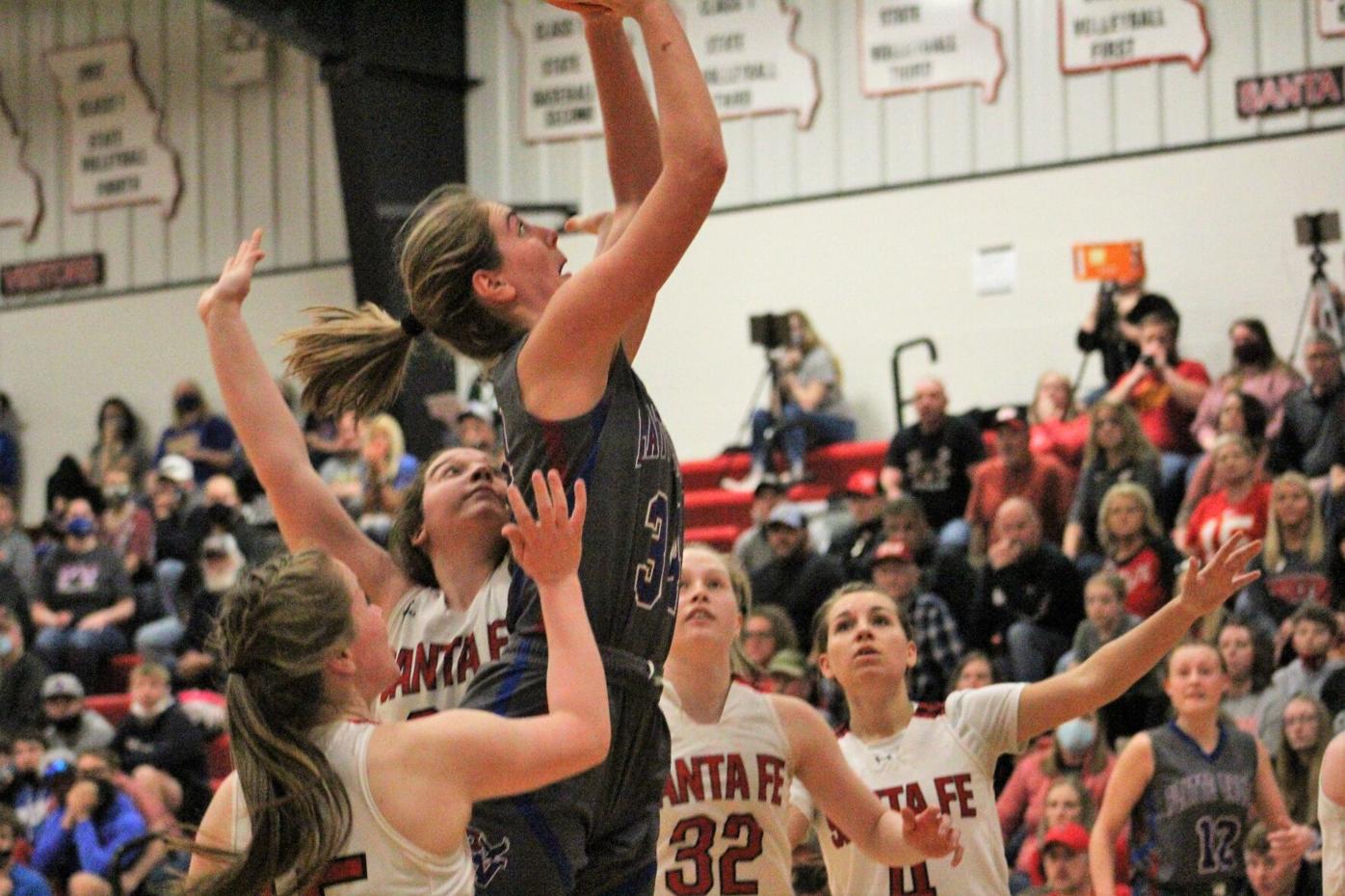 ALMA, Mo. — Offense came at a premium Saturday at Santa Fe High School in the Class 1 quarterfinals matchup between Platte Valley and the Santa Fe Chiefs.

The two defenses came into the game allowing fewer than 40 points per game. Platte Valley proved to be the stronger of the two defenses, allowing just five points in the fourth quarter to clinch their second-straight trip to the state’s final four with a 52-38 win over the Chiefs.

Santa Fe took the game’s first lead and then held Platte Valley scoreless through the first three and a half minutes of game time. Madelynn Mattson broke the scoreless drought for Platte Valley at the 4:35 mark to tie the game at two.

The two teams scored seven points each over a two-minute span that led to a 9-9 game with 2:45 left in the first quarter. The Chiefs took control over the final three minutes of the quarter with a 10-2 run and a 19-11 lead at the end of the first quarter.

Senior guard Malia Collins said that she didn’t expect the first quarter to go the way it did.

“That was definitely not what I expected coming into this,” Collins said. “I think I just got rattled in the first half, but I don’t think that I ever lost confidence in us. I knew we could work together and pull it out somehow.”

Platte Valley led 24-23 at halftime and Collins extended that lead to three to open the second half. The Chiefs then came right back with free throws from Atleigh Lark and a three-pointer from Allexis Lark to give Santa Fe a 28-26 lead.

Platte Valley responded 3-straight baskets from Sarah Langford, Brylie Angle and Sydnee Deen. Deen said that they talked at halftime about changing how they were playing in the paint on both ends of the court.

“We went into the locker room and we talked about how we can’t out-jump them because they’re such an athletic team,” Deen said. “We knew because they could out-jump us, we had to box them out and get them out of there.”

Deen’s four points over the final minutes of the third quarter helped Platte Valley extend its lead to four. The Chiefs cut that lead in half with two free throws with four seconds left in the quarter.

The two teams traded baskets early in the fourth. Platte Valley began to pull away midway through the final quarter with baskets from Mattson, Jaclyn Pappert and Maggie Collins. Mattson’s layup with 1:58 remaining gave Platte Valley a nine-point lead and put the game out of reach for Santa Fe.

“We talk about it all the time that good teams make runs and better teams answer those runs,” Pedersen said. “That’s what our focus was, whenever they went on a run or hit a couple of shots, we had to make sure we answered and got a bucket or two ourselves.”

Malia Collins was the lone offensive player in Saturday’s matchup to reach double digits with 10 points. Angle was second on the team with nine points and Maggie Collins finished third with seven points. Platte Valley then had three other players finish with six points.

“It was just a real team effort,” Pedersen said.

Platte Valley will have six days to prepare for a matchup with Walnut Grove for the second-straight season. The Tigers will be attempting to win their third-straight championship.

It is a rematch that Platte Valley has hoped for since last year’s matchup. Malia Collins said after last year’s game that she would love to play Walnut Grove again.

Malia Collins said that the feeling of reaching the Final Four is just as exciting as it was a season ago.

“It’s still so awesome, and it’s official, we’re going to get Walnut Grove once again,” Collins said. “It was a fun game last year to play, and I think today prepared us for the physicality that’s going to come.”