Nate and Sabrina DeJong are shown recently. Nate told The Forum that he uses the lessons he learned on the gridiron in his daily life as a chiropractor in South Dakota. 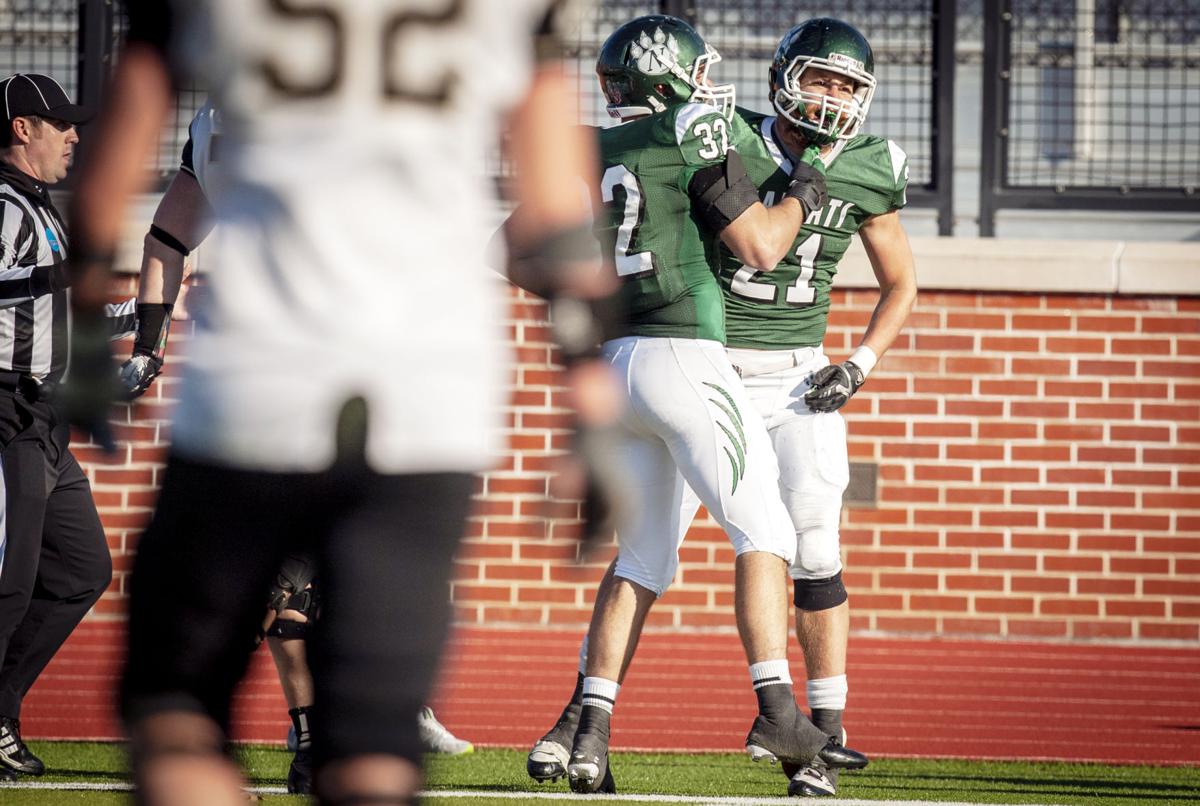 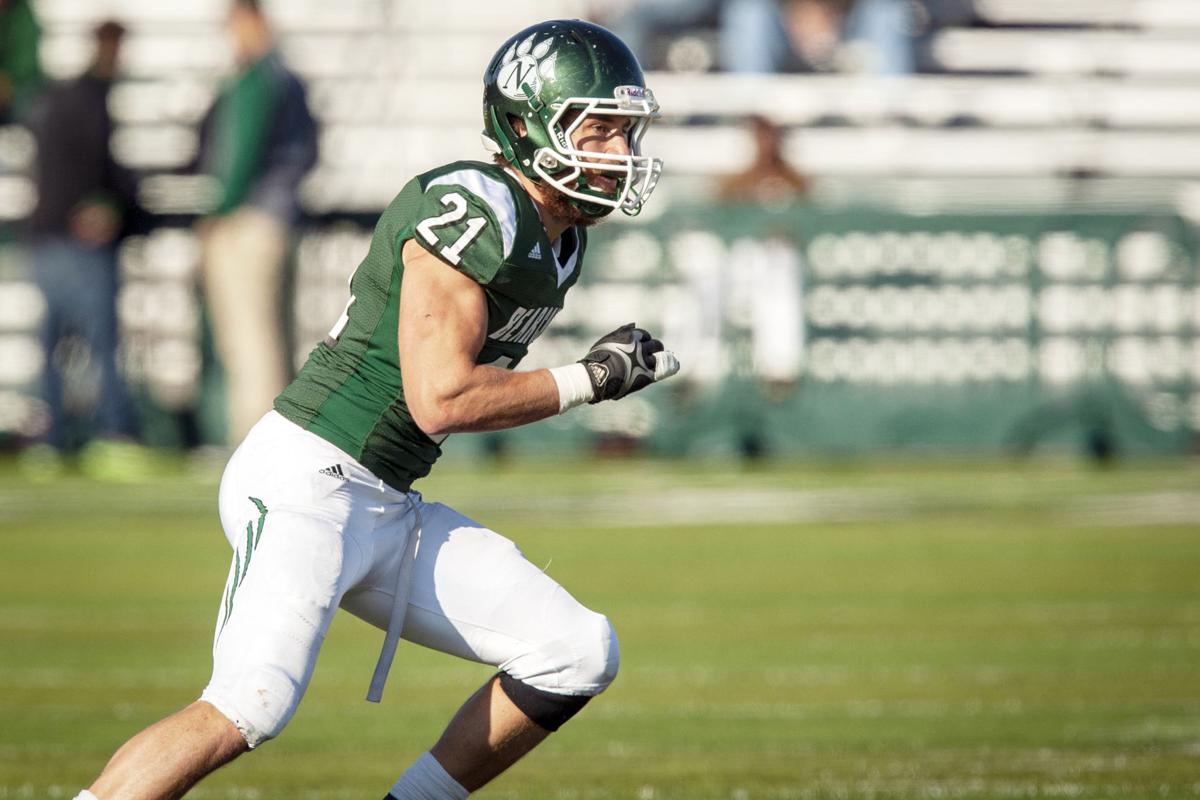 Nate and Sabrina DeJong are shown recently. Nate told The Forum that he uses the lessons he learned on the gridiron in his daily life as a chiropractor in South Dakota.

SIOUX FALLS, SD. — Even to this day, former Northwest Missouri State football player Nate DeJong uses the lessons he learned on the gridiron in his daily life.

DeJong is in his fourth year as a chiropractor in Sioux Falls, South Dakota, making the move there to start his own business only two days after graduation from Palmer College of Chiropractic.

He and his wife, Sabrina, hit the ground running at Highest Health Chiropractic and now the business is booming. Sabrina ran track at Morningside College and is the office manager for the practice.

“It is going well,” DeJong said. “We have a team of 10, which includes a number of chiropractic assistants and two associate doctors. We are rocking and rolling and helping people. It has been fun filled. We have been very blessed by great mentors to help us and guide us and we are very passionate about what we do. You combine those things together and results happen.”

Sioux Falls is close, about 45 minutes away, to where both grew up in northwestern Iowa. DeJong grew up in Rock Rapids, Iowa, and came to Northwest from Central Lydon High School in the fall of 2008 to play secondary for then coach Mel Tjeerdsma.

He left Maryville in 2012 and the next year started at the chiropractor school in Davenport, Iowa. He would spend the next 3.5 years there, before graduating in June of 2016. Two days later, the couple moved to Sioux Falls.

The plan for their own practice started in Davenport – one of the four cities that comprise the Quad Cities in eastern Iowa and western Illinois — and Sabrina did a lot of prep work while Nate was in school.

His career path changed while in Maryville early on.

DeJong was an education major and wanted to be a teacher but really his decision behind that was because he wanted to coach sports.

Then, he realized coaching would only be a small portion of hours he worked compared to teaching.

He made the switch to being a biology major with a chemistry minor, which set the stage to be a chiropractor. DeJong said his chiropractors made a big impact in his life as he played sports and he was interested in the field.

“It was a better fit and if I wanted to coach, I could set my office hours appropriately,” DeJong said.

A safety for the Bearcats, he redshirted his initial year. His first year playing, the Bearcats won a national title, beating Grand Valley State and finishing 14-1.

Then, arguably the most tumultuous point in the history of Northwest football followed. The school promoted Scott Bostwick to the head coach from defensive coordinator. He died tragically before coaching a game and Adam Dorrel became the head coach for DeJong’s final three seasons.

“When Coach T retired and Bostwick then passed away shortly after that …” DeJong said. “… Dorrel took over and the same values that carried from each person just influenced everything Coach T stood for. It was interesting and a big transition but to stay consistent speaks of the culture of the program. Everything from how to carry yourself and how to function with excellence. How with Coach T, if you were five minutes early you were late. How to be adaptable in life and huge in football things. When things aren’t going right you change and overcome and that applies to all aspects from being a dad to work. Things are always changing.”

Despite the talented roster, the Bearcats went 10-3 and reached the quarterfinals for the ninth-straight year, but lost to Minnesota State-Mankato.

DeJong made 32 tackles, had three fumble recoveries and returned one for a touchdown against Truman State in the season opener as a junior. That year, Northwest went 11-3 and lost in the quarterfinals to Pittsburg State, the eventual national champions, in the first year under Dorrel.

His sophomore season, DeJong played in six games and the Bearcats went 12-2 and lost to Minnesota-Duluth in the semifinals and then weeks later, Tjeerdsma announced his retirement.

“Northwest was a very integral part of helping me develop who I am right now and the value of the football program still carries with me,” DeJong said. “College is a very influential time in someone’s life and having good values instilled in me was incredibly helpful. The work ethic of being a Bearcat and the mantra you carry or should carry right into growing a family and growing a business. I tell my team, “improvise, adapt and overcome.” That comes from the Northwest coaching staff. They were very crucial in me growing and I’m very thankful.”

Living in Sioux Falls, every once and awhile, he will see the Bearcat paw on a hat or a car. That instantly turns into a conversation for DeJong and whoever he spots.

But for the most part, though, he is shocked that Northwest doesn’t have much name recognition in South Dakota. Some of that could be because there are two talented football teams in that town — Augustana and University of Sioux Falls. The two have been playoff contenders for years, but don’t have the playoff acumen of Northwest. Then Division I FCS schools South Dakota State and South Dakota are within an hour of Sioux Falls.

“I keep telling my chiropractic patients that are in high school about Northwest and I give them the sales pitch for sure,” DeJong joked. “I’m doing my part.”

Every once in awhile, he will see Dr. Bob Boerigter in a grocery store in town. Dr. Bob was the former MIAA commissioner and before that, was the longtime athletic director at Northwest. He and his wife retired to Sioux Falls three years ago to be closer to family.

DeJong also is closer to a few former teammates, like Clarke Snodgrass and Collin DeBuysere and current Northwest assistant coach Joel Osborn. In a unique twist, DeJong talked to former Northwest quarterback Trevor Adams the day DeJong spoke to The Forum. The conversation between the two? Life and business, as Adams is also a chiropractor, running Vertical Chiropractic in Fort Worth, Texas.