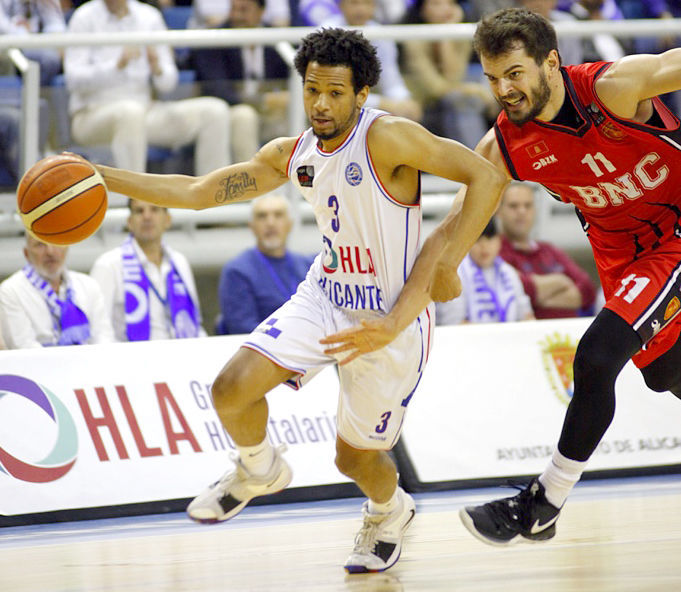 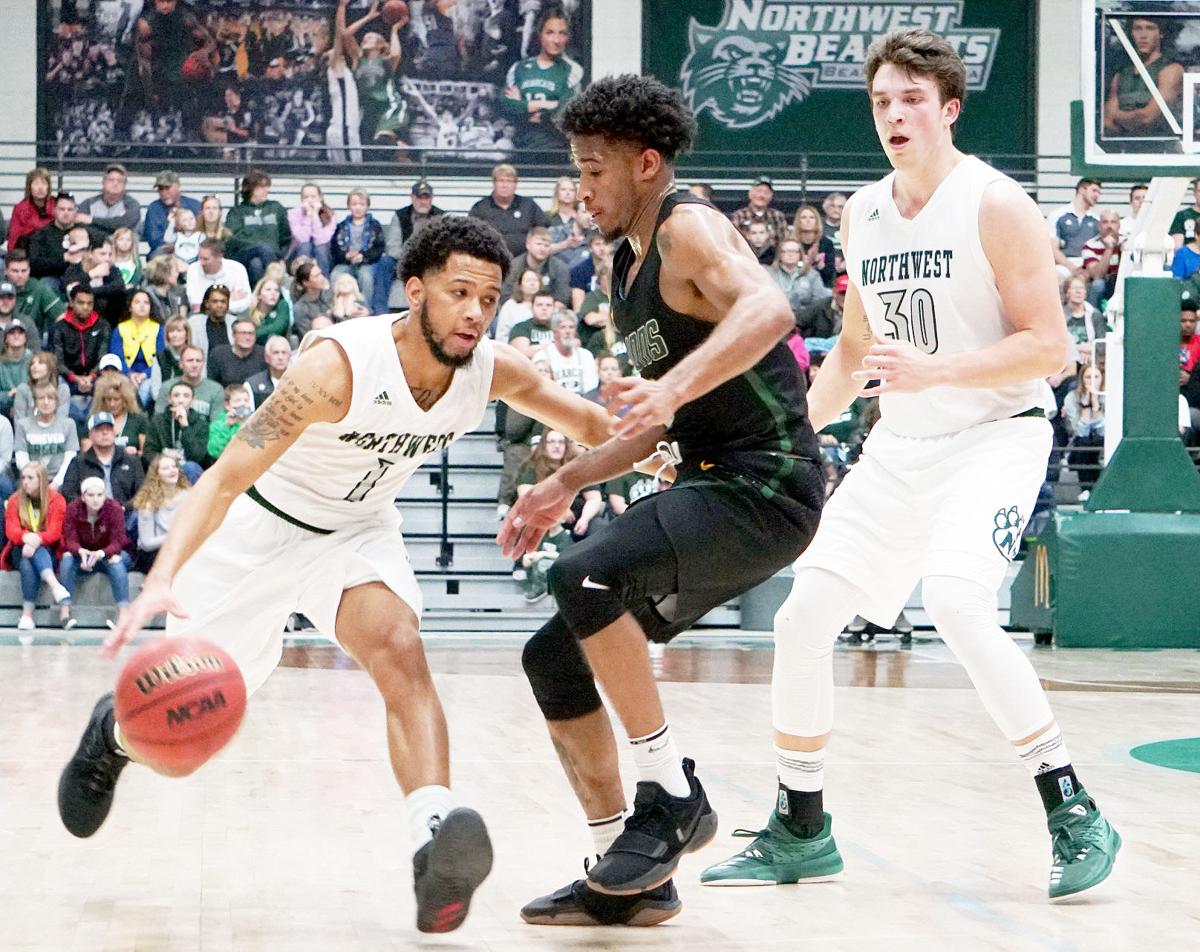 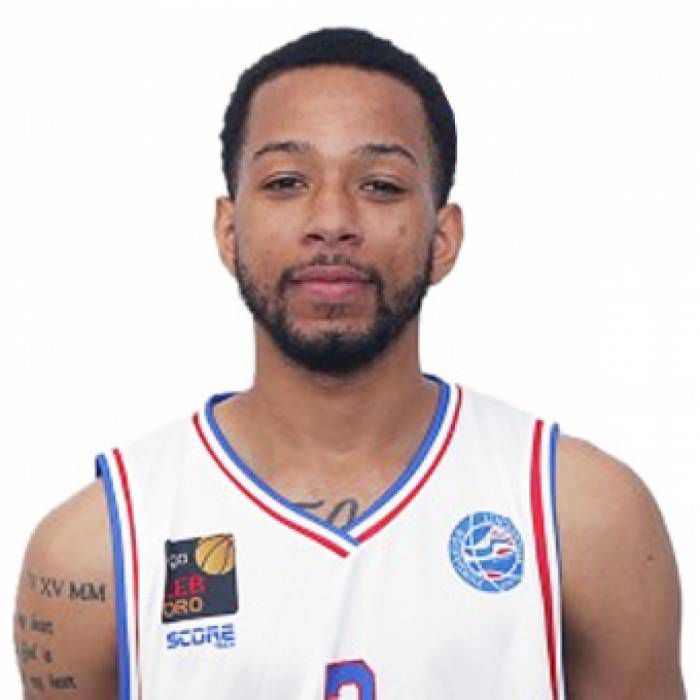 ALICANTE, Spain — HLA Alicante was playing some of its best basketball in the Spain LEB Gold league and Northwest Missouri State’s Justin Pitts was a big reason why.

The point guard helped the team roll to a nine-game winning streak and with a 16-8 record, the squad was tied for second place in the standings.

Pitts led the team in scoring in two of the past three months and five of the seven months the team played. The only other player to lead in scoring over a given month was 7-foot-2 center Cheikh Fall, a native of Senegal.

Pitts, who is listed at 5-foot-10, averaged 15.2 points, 2.1 rebounds, 3.0 assists and 1.7 steals per game in the 24 games. He hit 49.4 percent from the field in his second pro year and scored a career-best 32 points in a December game against CB Vallidolid SAD, when he hit five three-pointers.

The success of the team was carried over from last year, when it won the league title in the Silver division and bumped up to the Gold this year.

The team was hovering around the .500 mark against the new foes but then caught fire. In the following game, Pitts poured 32 points and the Alicante won 11 of the next 12.

Then, the COVID-19 pandemic caused an abrupt end to his second professional season.

“It was tough for us,” said Pitts, who is home in Iowa with his girlfriend, Elizabeth, and their two-year-old daughter, Penelope. “We were doing good. We had a nine- or 10-game streak. We were excited to see what will happen. To have it cut short, it hurt a little bit.”

The last game was on March 7 and another game was scheduled for March 9 — but it never happened.

“They told us we couldn’t practice and within the week, the whole city (Alicante) was shut down and then Italy got pretty bad. They told us the next week the season was over,” Pitts said.

Pitts flew to Texas and had to quarantine for two weeks. He then saw his parents in New Orleans, then saw his grandparents in Kansas City before going to see his immediate family.

He talked about his experience in his second year in Spain and what the transition has been like from being one of the best players to have played at Northwest Missouri State University to being a pro.

He initially signed with PS Karlsruhe in Germany’s Pro A League but in the preseason made the jump to Spain. He averaged 12.4 points, 1.8 steals, 3.4 assists and 1.7 rebounds, while hitting 43 percent of his threes in year one with Alicante.

The year overseas reminded him of his first year in Maryville, when he redshirted and didn’t play that first year after coming out of Blue Springs South High School.

“My parents had moved to Louisiana and they were so far away and I never got to see them,” Pitts said. “They came to check up on me and I remember wanting to get out and leave Northwest. I remember them telling me to give it a year and it got easier and it was the time of my life. It was kind of hard playing that first year (in Spain). I was alone but I knew this is what I chose to do, but I was missing my daughter and family. It was definitely rough.”

The two remain close and last year Pitts went to Maryville to workout with the team. He still follows the success of the Bearcats from afar.

Northwest was the only school to offer a scholarship of any kind to Pitts.

Pitts’ height scared away a lot of teams, fearing he couldn’t handle the rigors of the MIAA. At the time, he was 5-foot-8 and about 150 pounds.

“A bunch of schools were calling but not offering,” Pitts said. “I’m assuming it was because of my height. They didn’t think I was good enough to play against some of those schools.”

Current Northwest women’s coach Austin Meyer, then a men’s assistant coach, started to recruit Pitts when he was a junior. Pitts came to Maryville and got to scrimmage against the team.

After that, McCollum went to his office and told Pitts they would make him an offer.

A big family change between his junior and senior year of high school could’ve changed his track. His father, Reggie, worked for Folger’s Coffee in downtown Kansas City and learned his job was going to be transferred to New Orleans. Instead of following his parents, Reggie and Dody, to Louisiana he moved in with a family friend and finished high school at Blue Springs South.

Pitts, for his part, did his research on Northwest and saw how a smaller guard like DeShaun Cooper went from Division II to pro basketball in Germany.

“I thought that was the place that I needed to go to develop my game at a higher level,” Pitts said. “At that point, they were winning and made Sweet 16. It was such a great school to go to. It was the best decision I ever made.”

Before going to Northwest, Pitts made a visit to Central Missouri and tried out for the Mules and coach Kim Anderson. He was told, essentially, he was too small to make it in the MIAA by the staff.

Anderson never got to coach against Pitts, though, after leading UCM to the national title in 2014 and then taking the head coaching job at Missouri. He is now the head coach at Pittsburg State.

Pitts, though, carried that chip on his shoulder against UCM his entire time at Northwest, going 7-1. Pitts averaged 20 points a game in those eight contests and scored in double figures in each one. His final three games against the Mules saw him score 26, 30 and 29 points.

“I think if you go back, some of the best games I ever played was against them,” Pitts said referencing his 30-point effort in the 2017 MIAA title game. “I don’t know if it had anything to do with it, but for sure it was kind of a motivation to show them that I can play.”

The height issue came up trying to make the move to pro ball, but he has proven he can still compete at a high level.

“I understand their side of things, I’m small and not a big, stocky point guard, I get it,” Pitts said. “Then again, it all comes down to winning games and how you play. I think I have done that.”

Pitts owns Bearcat records for career points (2,459) and career assists (575). He has the top two single-season scoring marks and was first, third and seventh in single-season assists when he left Maryville.

The only season Pitts wasn’t the league’s player of the year, he was the freshman of the year. He became the first Bearcat to be named to the first-team All-MIAA all four years.

“After seeing him the first practice, I knew that guy was special,” former Northwest teammate Chris-Ebou Ndow said of Pitts. “I knew he was going to play pro ball. Watching him play and from a skills level, he could play there if he wanted to. I have never seen a guy be that size and never have a disadvantage. He is so used to hearing about his height, even to this day, and he always shuts the critiques up.”

Pitts will have the summer off from basketball due to the pandemic, but is excited to return oversees to start his third pro season. He hopes to continue to work his way up the professional ranks in Europe.

“It has always been a dream of mine to play pro basketball but with dreams, you never really think it will happen,” Pitts said. “For it to happen and to have this opportunity to come out of college, a D-II at that, and make an impact is a great feeling. It just opened up my eyes to what you do better and try to get to one of those top leagues. I think it will happen next year or pretty soon.”