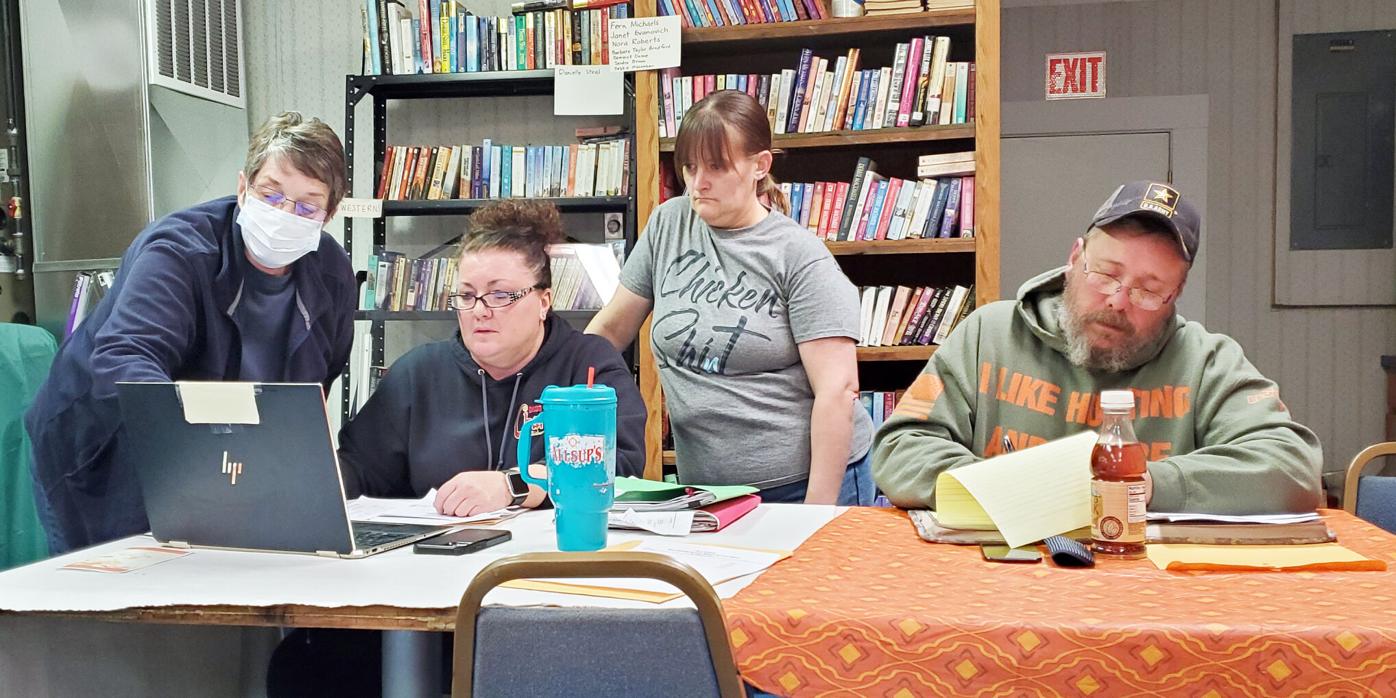 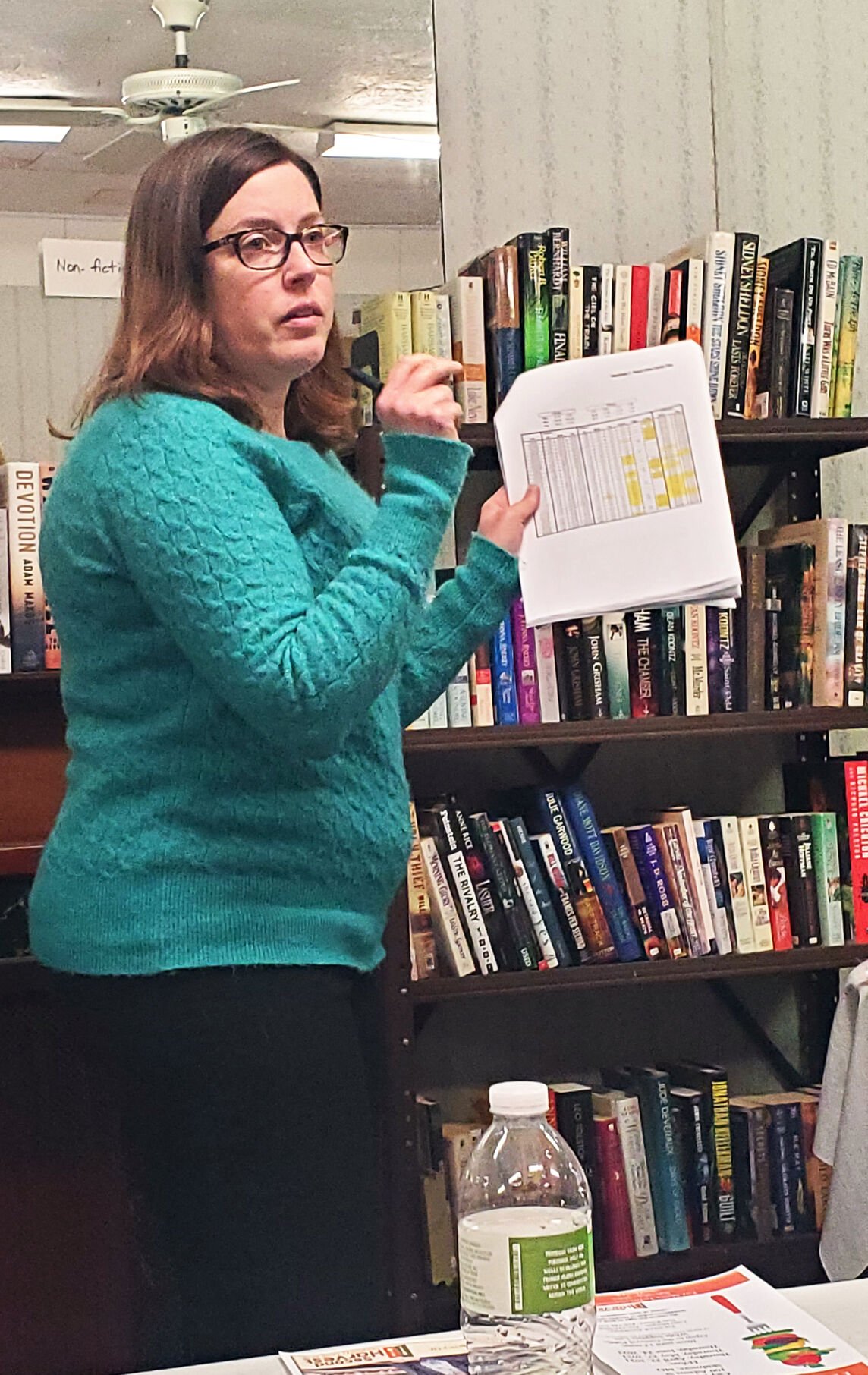 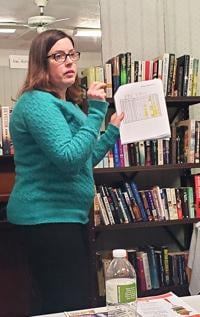 Emily Wicoff, civil engineer with Synder & Associates talks to the Skidmore Board of Aldermen on March 11 at Newton Hall. She told the board about a major cost increase to the city’s wastewater plant project.

Emily Wicoff, civil engineer with Synder & Associates talks to the Skidmore Board of Aldermen on March 11 at Newton Hall. She told the board about a major cost increase to the city’s wastewater plant project.

SKIDMORE, Mo. — The Skidmore wastewater plant project, in the works since 2015, has seen a major cost increase due to new water quality data and the subsequent additional equipment needed to meet Missouri Department of Natural Resources requirements.

Emily Wicoff, civil engineer with Snyder & Associates broke news of the $2.1 million price point — nearly double the project's original estimated cost — during last week’s regular meeting of the Skidmore Board of Aldermen at Newton Hall. She told board members that because of some more recent testing data, additional equipment would be needed to provide additional time for organic treatment of the sewage in the plant.

According to a Snyder & Associates memo to the Missouri DNR, the company recommends the installation of a SAGR media bed to add a nitrifying step after the trickling filter treatment. This will allow nitrifying bacteria more time to remove the ammonia from the waste.

Wicoff also told board members that the plant sees a large amount of inflow and infiltration from stormwater during rain events.

“(We) have to stop it from bypassing the correct flow,” she said.

To combat this, the company recommends construction of a flow equalization basin to provide some level of operational flexibility during high rain events.

Members of the Northwest Missouri Regional Council of Governments joined the meeting by Zoom and told the board they along with Wicoff would be working on funding possibilities.

“Is there anything that can be deleted from this or minimized in this to take the price down a little bit?” asked Mayor Sandy Wright.

Wicoff responded saying she hopes that her estimate is high, and that the I&I is not necessarily required to get the plant to the level required by the state, but that she didn’t add “fluff,” and believes the city does need the I&I repairs listed in the project construction.

“At the end of the day I know that this will give you a better treatment system,” Wicoff told board members.

According to an estimated project schedule she provided to board members, should funding be secured by June 1, engineering plans could be completed by Oct. 1 and construction start as early as June 1, 2022, leaving time for review and the bidding process. The schedule lists a possible completion date of Aug. 1, 2023.