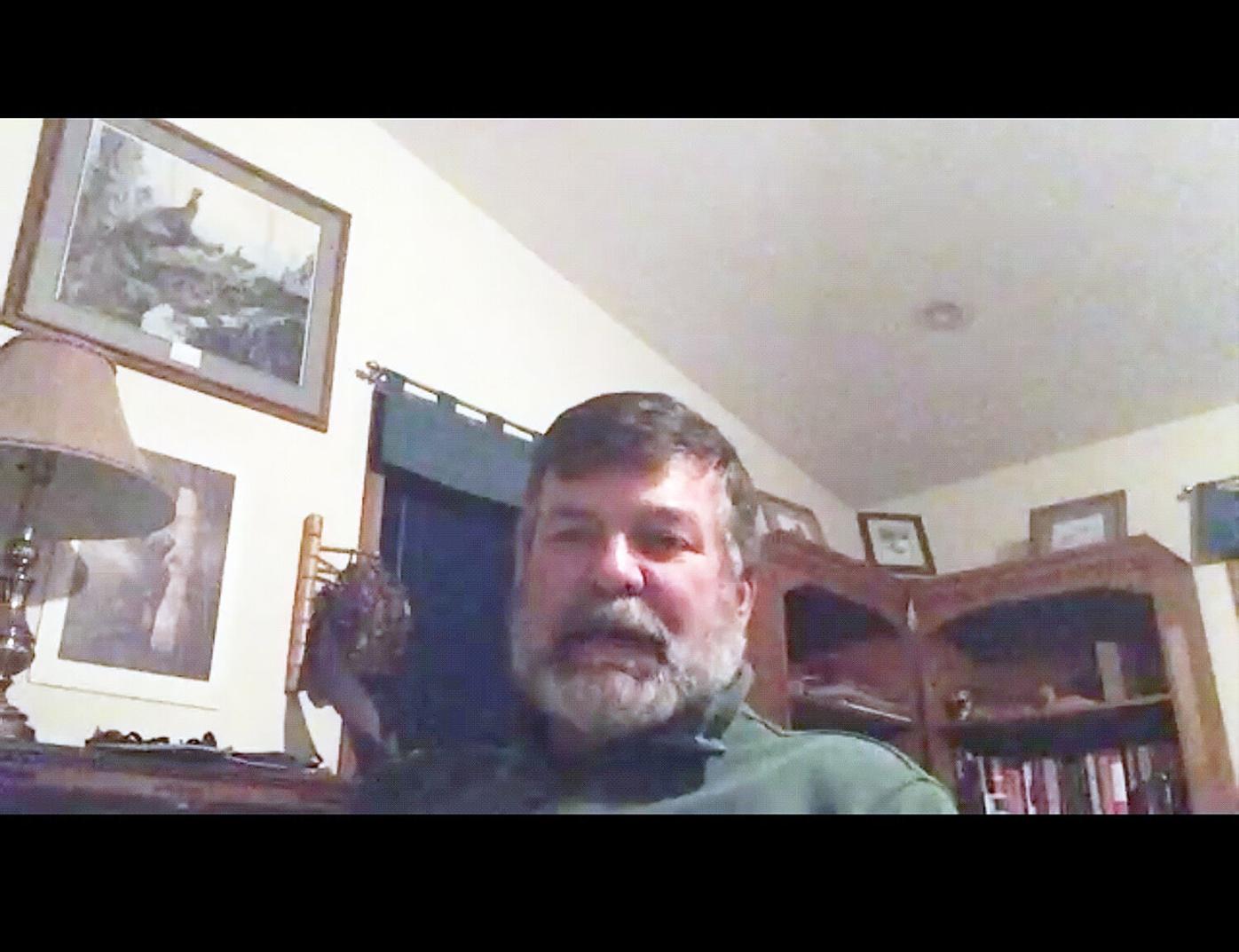 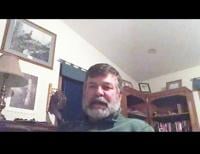 Brock Pfost with BP Meters talks to the Skidmore Board of Aldermen during its Zoom meeting on Feb. 11. Pfost offered to install four water meters in town for a few months as a test for the city. 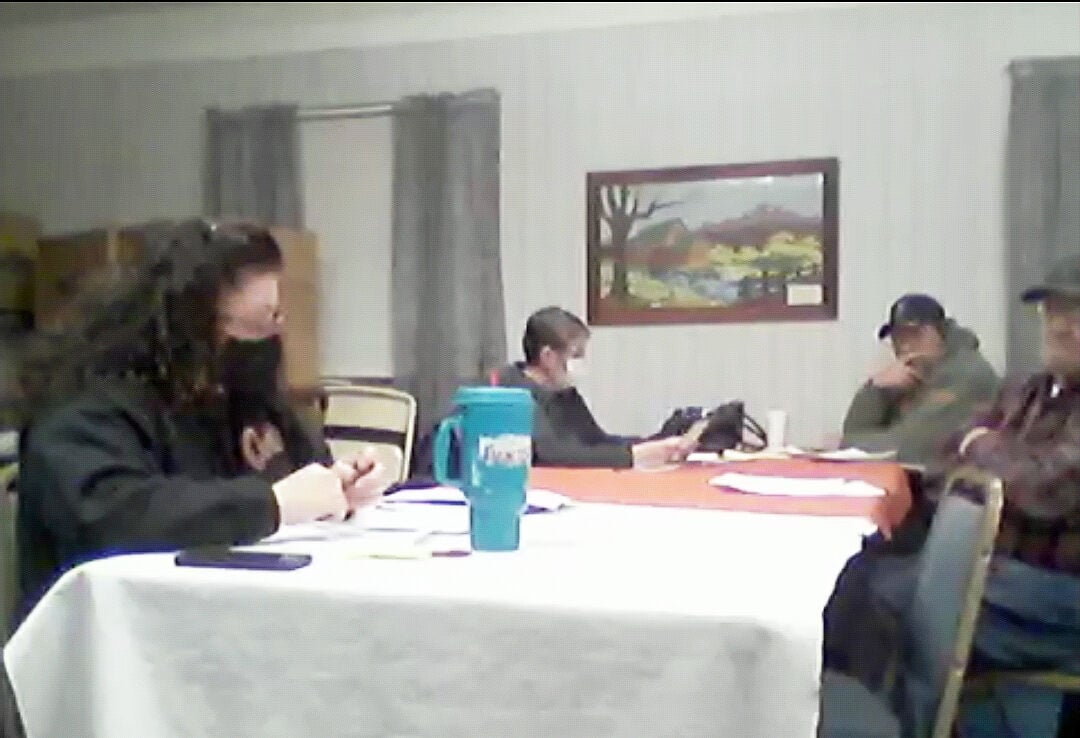 Brock Pfost with BP Meters talks to the Skidmore Board of Aldermen during its Zoom meeting on Feb. 11. Pfost offered to install four water meters in town for a few months as a test for the city.

SKIDMORE, Mo. — In one of its shorter meetings of the year, the Skidmore Board of Aldermen pushed ahead in its search for new water meters.

Brock Pfost with BP meters met with the board over Zoom to discuss more options including a different brass meter and offered to install four meters throughout town for the city to test.

But when he asked how the city is situated for long-term maintenance of its water system the discussion shifted.

“It’s going to be next to nothing come April,” Mayor Sandy Wright said.

With current lone city employee Marvin Sumy running unopposed for one of two alderman positions, the city will be without an employee to manage its system.

The city has been advertising for more help for Sumy. Two young men had been hired late last year, but eventually left the employ of the city for other work.

Wright asked that anyone looking for work contact City Hall. She noted that with a manufacturing plant in Maryville paying $17.50 an hour, it’s been difficult finding someone to hire in Skidmore.

Pfost told the board that he supported their goal of replacing the city meters and that the Metron meters would be his choice, but that he didn’t want to put the city in a difficult financial position.

“The last thing I want to do is to put you behind the financial eight ball,” he said.

He suggested having crews install a few new meters for the city to test.

Alderman Rana Killingsworth suggested they place one in a location known to have bad cell reception to test them properly.

In new business, Wright discussed spring projects such as draining the Imhoff tank, flushing all tubes in town and re-flushing all hydrants because they were not done correctly. She said they also need to be lubricated and painted.

“If anyone can help with that, it would be awesome,” Wright said.

Board members discussed a shut-off policy that adds protocol for delinquent bills. Should a bill go unpaid an entire month, the service will be shut off and the deposit will be applied.

To have service turned back on the entire bill will need to be paid and a reconnect fee and new deposit will be charged.

Another possible change to city laws involves the Residency Provisions Ordinance and a change to require residents of Skidmore to have a water account with the city. New residents would have two weeks to have water turned on after moving to town.

City Attorney Miles Figg told the board it will need to publish that the aldermen will be taking the vote, when and where.

“It has to be done, but I’m just thinking about the fallout, because I know of three plus the trailer park,” said Killingsworth.

She asked Figg if the city will be able to enforce it should the updated ordinance pass next month.

“He’s nodding yes,” she said during the Zoom call.

Wright said City Clerk Meagan Morrow would work on the ordinance and bring it to the March 11 meeting.