Free access for current print subscribers
Get Started
You are the owner of this article.
Edit Article Add New Article
You have permission to edit this article.
Edit
Welcome, Guest
Home
News
Sports
Life
Opinion
Community
Obituaries
Classifieds
Event Calendar
About Maryville
1 of 3 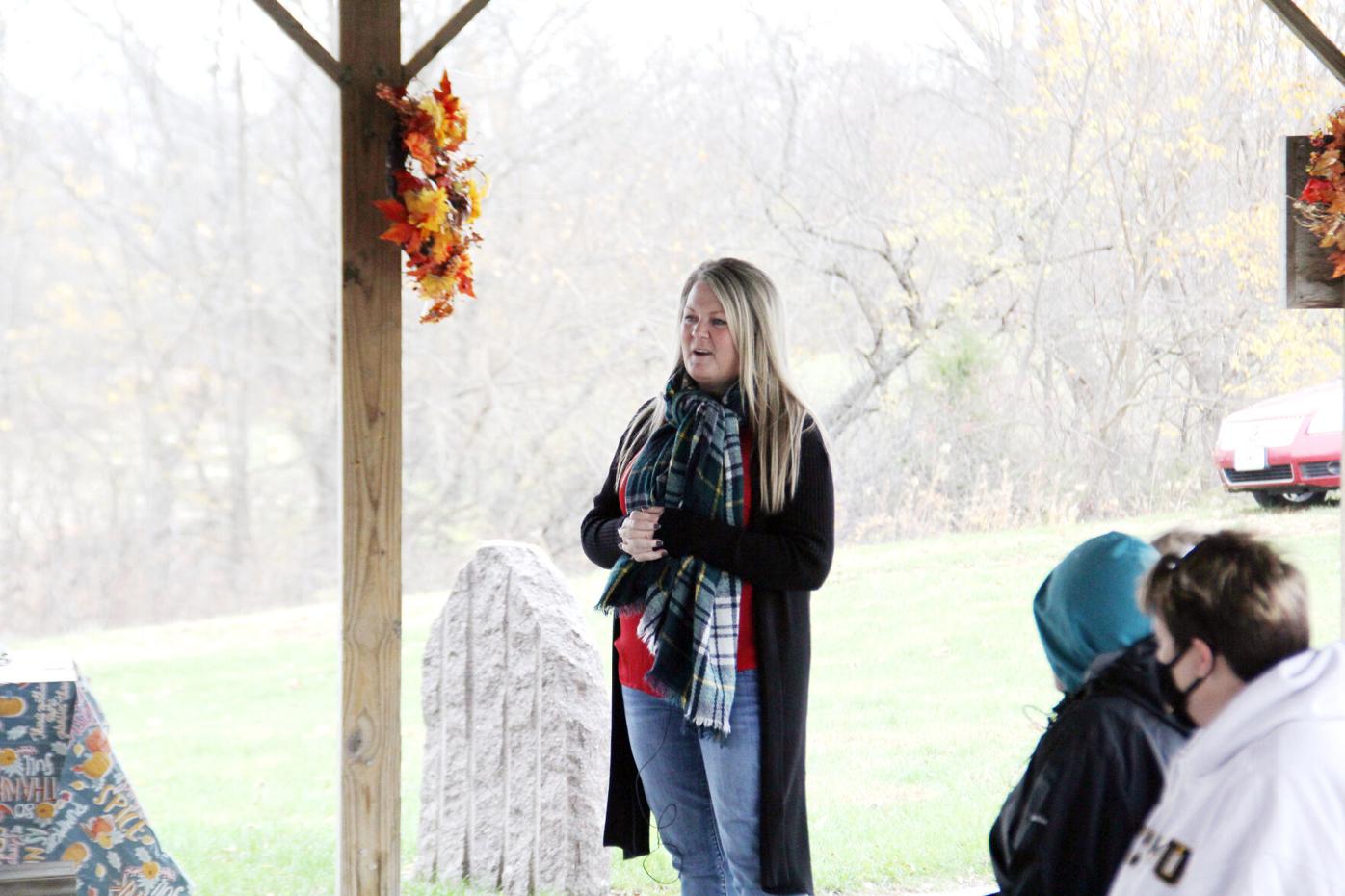 Jessica Piper, a former American literature teacher from Hopkins, speaks to a small gathering at a campaign kickoff event at Mozingo Lake Recreation Park on Saturday. Piper, a Democrat, is running to be the state representative for District 1 in the Missouri House. 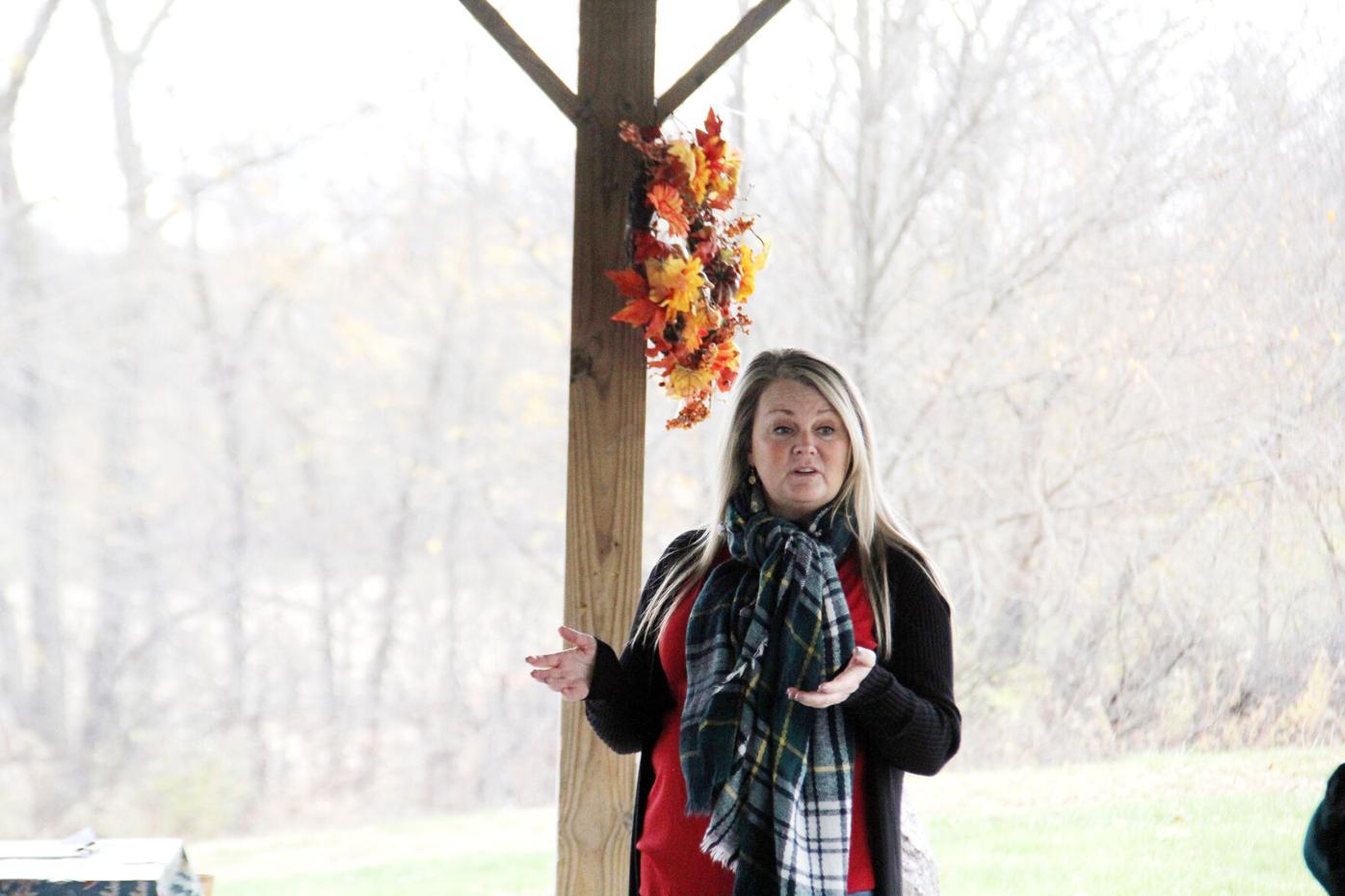 Jessica Piper, a Democrat running for state representative, told a small group at her campaign kickoff event Saturday that one of her top priorities is education. Piper was a teacher for 16 years.

Jessica Piper, a former American literature teacher from Hopkins, speaks to a small gathering at a campaign kickoff event at Mozingo Lake Recreation Park on Saturday. Piper, a Democrat, is running to be the state representative for District 1 in the Missouri House.

Jessica Piper, a Democrat running for state representative, told a small group at her campaign kickoff event Saturday that one of her top priorities is education. Piper was a teacher for 16 years.

MARYVILLE, Mo. — Jessica Piper, a former American literature teacher from Hopkins, kicked off her campaign for state representative in Missouri House District 1 with a small event at Mozingo Lake Recreation Park on Saturday.

Currently, the district includes Atchison, Holt, Nodaway and Worth counties, and has been represented by Allen Andrews, R-Grant City, since 2015. Andrews is ineligible to run for another term in the House due to term limits. The district’s number could change before the November 2022 election due to redistricting, however.

At her campaign event Saturday, Piper, a Democrat, focused on her rural upbringing, her support for public schools and for family farmers.

“So we are not helping the little people anymore, we’re not passing bills that would help those people stay in business. And when we have corporations that are running big hog farms and CAFOs, they don’t care about our environment; they put these things in places that harm people in rural areas. They poison our air, they poison our water, they poison our land, and then we’re left with what?”

On education, she railed against the Republican majority’s efforts to expand state funding opportunities to private and charter schools, accusing them of attempting to “defund” public schools in rural areas by redirecting taxpayer dollars to private entities that typically do not operate in areas like northwest Missouri.

“They don’t care that we are 49th in the country for funding education. Forty-ninth. We can’t even say, ‘thank God for Mississippi,’ because we’re below Mississippi now.”

If elected, Piper said she would go to bat for teachers.

As a Democrat, Piper faces long odds: no Democrat has won election to the state House from this region since former State Rep. Everett Brown’s final term in 1990. In 2020 and 2016, Democrats did not even field a candidate, and the last time a Democrat managed even a third of the vote for state representative of the district including Nodaway County and surrounding areas was 2006, when Richard Oswald snagged 36 percent.

“I don’t know if I’m the one (to break the streak), but I’ve taken it upon myself to say we’re not going to go around and have uncontested races anymore — it’s absolutely insane,” Piper said Saturday. “In 2020 there were 50 races that went to Republicans because they were uncontested, and that’s not OK, and I’m not gonna do it anymore. And I want people to understand that people like me — who aren’t rich, who aren’t wealthy, who don’t have connections — can stand up and say if no one else will do it, I’ll do it.”

That hasn’t stopped Piper from making plenty of new connections though. Already Piper has leveraged a sophisticated, modern campaign to build a fundraising apparatus that could set a new precedent for Democratic candidates who have struggled to gain a financial foothold in rural state races.

With a year to go until the election, filings with the Missouri Ethics Commission show that Piper has already amassed more campaign contributions during a single election cycle — over $57,000 — than any Democrat running for state representative in the region since at least 2000, and by the election in November 2022, will likely blow past any Republican candidate’s total during the same timeframe.

The filings indicate the vast majority of Piper’s campaign funds have come from small-dollar donations from individuals, many in the $10-30 range, and most from outside the district she’s running to represent.

Instead, Piper has tapped into a national network of campaign resources set up to help advance progressive candidates and connect them with left-leaning donors from across the country.

For example, one of the tools Piper’s campaign has made use of, MEC filings indicate, is Bluebonnet Data, a nonprofit that recruits and trains staff in politics-oriented data analysis, and pairs them with progressive campaigns across the country at any level.

“And that’s God’s honest truth,” she said. “And that’s what keeps a lot of people like me out of politics, because you have to raise money. The first thing they tell you is ‘rolodex yourself.’ Rolodex who? Who am I gonna talk to that has money?”

The nationwide contributions are facilitated through ActBlue, an online platform that processes donations for Democratic campaigns and reports individual contributions to campaign finance officials like the MEC. A key part of ActBlue’s appeal to candidates is the platform’s recurring contribution feature, which allows donors to keep giving money each month to campaigns or causes they designate.

And to get her message in front of donors in the first place, MEC filings indicate Piper’s campaign has used companies like Grassroots Analytics, which collates databases of left-leaning Americans and political donors and provides them to campaigns to target for fundraising.

While those strategies aren’t new for federal races or for statewide office, Piper is breaking new ground for a rural state representative race in Missouri — and so far, the experiment has been an unprecedented success: In the last quarter alone, Piper’s campaign drew in more than $17,000 from individuals living in 39 states and the District of Columbia.

“I have people that donate a dollar a month, five dollars, 20 — getting those across the country has made a huge difference,” Piper said. “I couldn’t self-fund, and I couldn’t ask anybody for money, so this is how we’re doing it.”