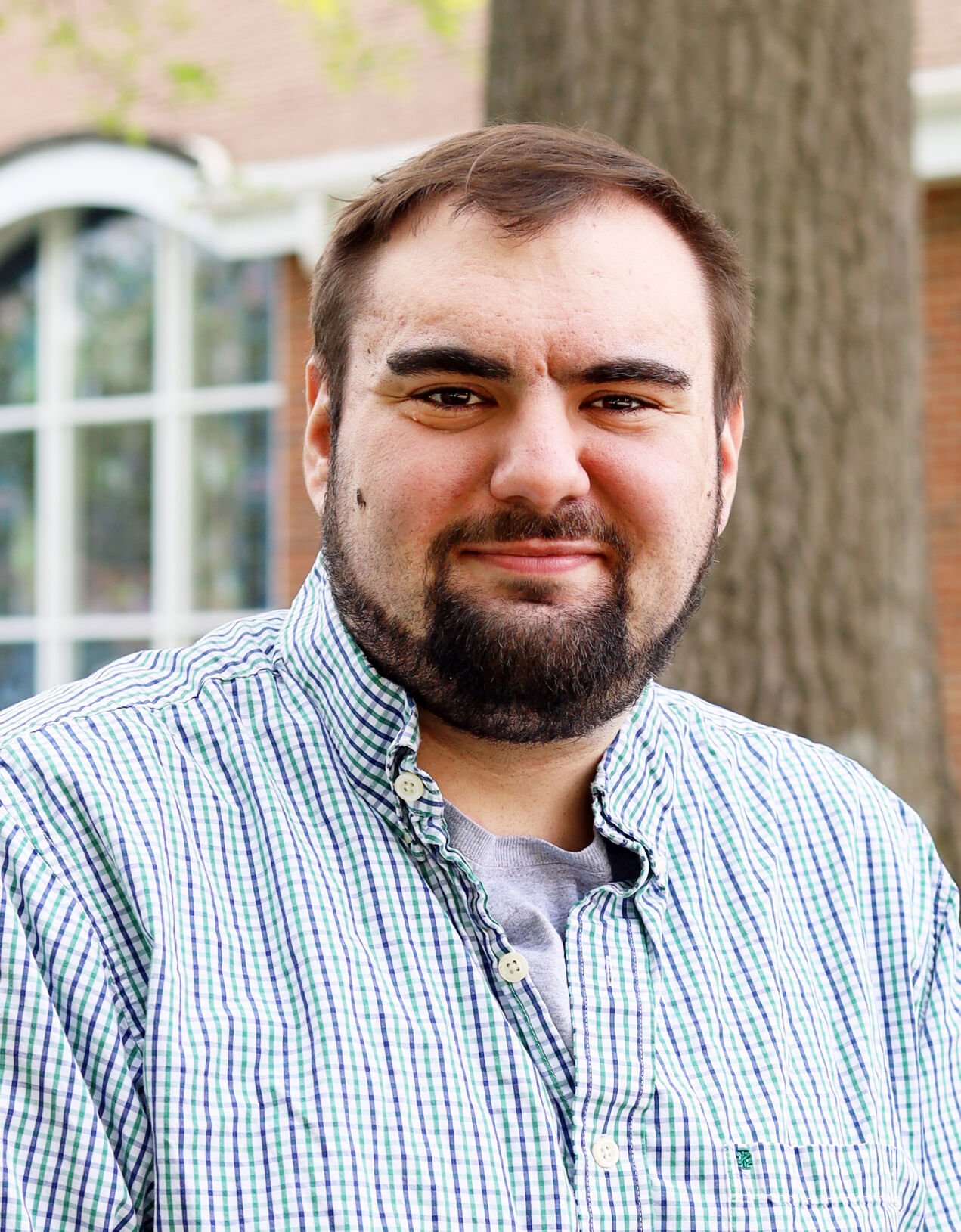 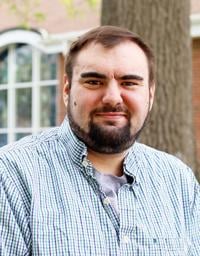 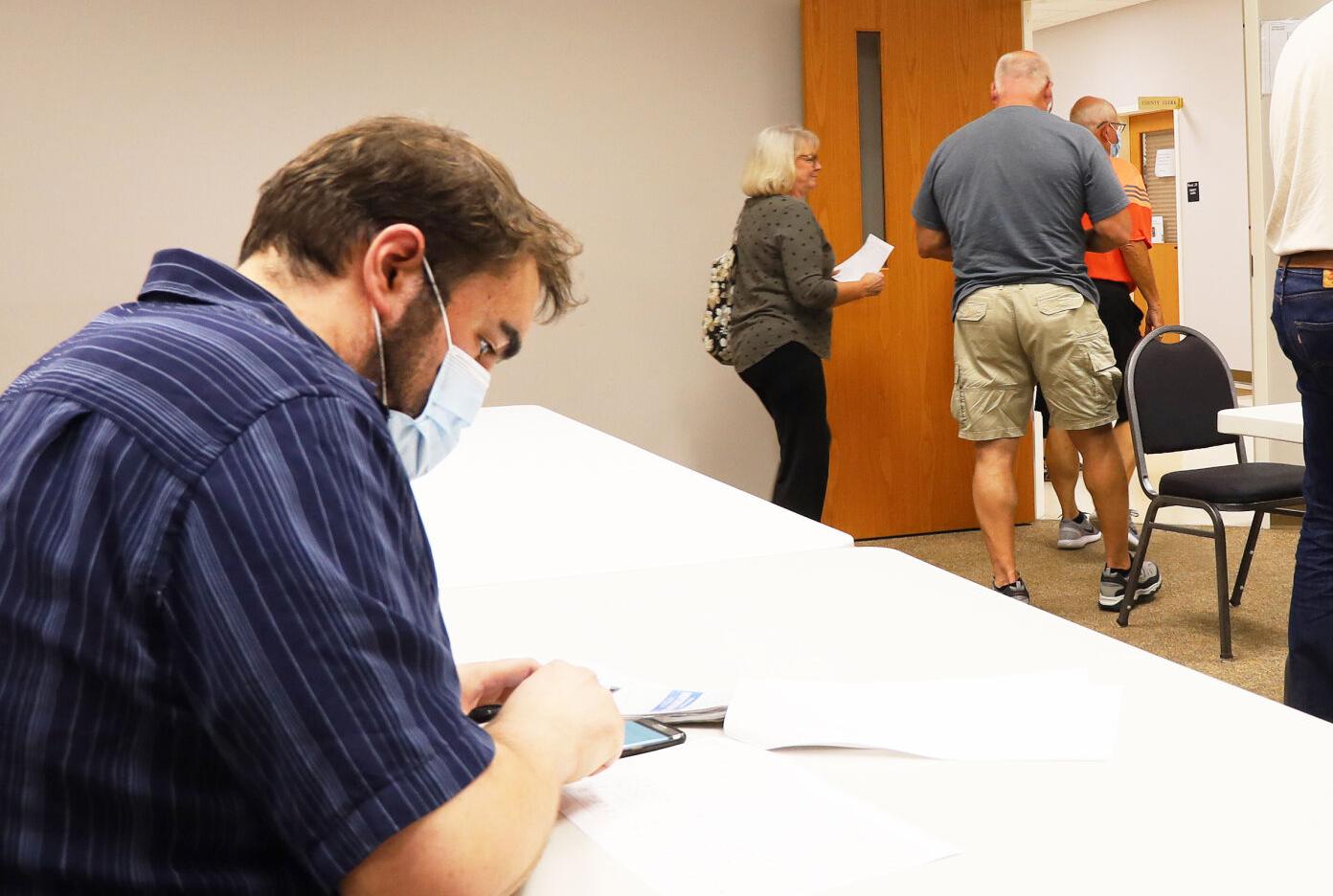 MARYVILLE, Mo. — Reporters at the Maryville Forum and the Joplin Globe have been selected to receive the 2021 William E. James Outstanding Young Journalist award from the Missouri Press Association.

“This is the 13th year for these awards,” said Irwin, publisher of Missouri Lawyers Weekly. “This marks the ninth year the award is named in honor of our late colleague, William E. James. The Missouri Press Association recognizes Kimberly and Geoffrey for their excellent news reporting, community engagement and dedication to holding the powerful accountable.”

Woehlk joined the Forum in August 2018 and since that time he has “tackled head-on some of the most important news stories to face this publication,” wrote publisher Phil Cobb.

Especially in recent months, Cobb added, Woehlk’s work has been at the forefront of the newspaper’s coverage as he has worked to inform readers of facts in the middle of a constant barrage of misinformation.

“From his ongoing coverage of the COVID-19 pandemic to his dogged efforts to get to the bottom of funding concerns at the Nodaway County Senior Citizens Center, Woehlk has been steadfast in his pursuit of the truth,” Cobb wrote.

With Woehlk on staff, Cobb wrote that he feels confident about the newspaper’s ability to accomplish its mission of keeping readers informed with accurate information about their community.

Prior to joining the Forum, Woehlk was an assignment editor for KTVO-TV in Kirksville for four years. He graduated from Truman State University with a bachelor’s degree in public communication and while there worked as general manager of the school’s radio station, KTRM.

“It is extremely humbling to be recognized by my peers for my contributions to The Forum, and even more so by my colleagues who nominated me,” Woehlk said. “And of course, it’s also nice to have it in writing that I still qualify as young. More than anything, I am truly honored to take part every day in our mission to provide quality journalism to our community, especially in an environment where too many communities like ours are paying the price for having to make do without it. I could not be prouder to work with the people who make Maryville and The Forum one of those places where independent, community journalism will continue to flourish.”

Barker joined the Globe’s staff in May 2017 and since that time has taken “complete ownership of her beats and is well engaged in the geographic areas that she covers,” wrote Managing Editor Emily Younker in her nomination letter.

Not only does Barker have the ability to understand key topics and issues important to her readers, but she also continues to demonstrate her ability to relay that information in easily understandable ways, Younker wrote.

“She has informed communities of issues they need to know. She has thoughtfully and sensitively shared people’s stories of triumph and tragedy,” Younker wrote. “And from our newsroom’s perspective, she is an enthusiastic journalist who is dedicated to learning more about her craft every day.”

Winners of the William E. James Outstanding Young Journalist Award have demonstrated excellence in the field of journalism and maintained the quality, ethics and standards of The Journalist’s Creed, written by Walter Williams, founding dean of the University of Missouri School of Journalism.

Editors or publishers submit nominations for the awards and nominees must have been younger than 30 years old on Jan. 1, 2021. The aim of the award is to reinforce the importance of a journalist’s role by recognizing and nurturing talent to further promote quality journalism.

William E. “Bill” James, the namesake for this award, served as publisher of the Warrensburg Daily Star-Journal from November 2007 until his death in November 2013. He was publisher of the Cass County Democrat-Missourian in Harrisonville from 1985 to 2000 and was president of the Missouri Press Association in 1998. He was inducted into the MPA Newspaper Hall of Fame in 2001.