MARYVILLE, Mo. — Hundreds of princesses, football players, ballerinas, dinosaurs and everything in between looped through Downtown Maryville last week for the 25th annual Downtown Trick or Treat.

Held on Oct. 29, the event caught significant criticism from some City Council members for going forward against the city’s advice in the face of rising COVID-19 cases in the county, and for forcing the Council to decide to close the streets — making the city liable for the event it does not endorse — or to leave them open and risk children crossing active roads.

When all was said and done, the streets were closed and the turnout appeared to be substantial, though possibly less than in some previous years, outpacing the modest expectations that organizer Kathy Rice had expressed at a City Council meeting last month.

Although Rice had recommended that all participants stay six feet away from other family groups, the attendees were largely packed into snaking lines as in years past. Many wore masks, which were not required, though by city ordinance, masks are required when in groups of 10 or more while within six feet of each other. Many others, including some business and organization participants who were handing out candy, did not.

The Nodaway County Elks Lodge handed out 500 coloring books focused on drug awareness during its annual hot dog stand for trick or treaters.

“We did so out on the sidewalk spreading out much more than previous years and wearing gloves and masks,” said Lodge member John Nelson.

The Nodaway County Cattlemen’s Association donated the all-beef hot dogs for the event, 700 of which were served up that night. Walmart and Hy-Vee donated the buns. 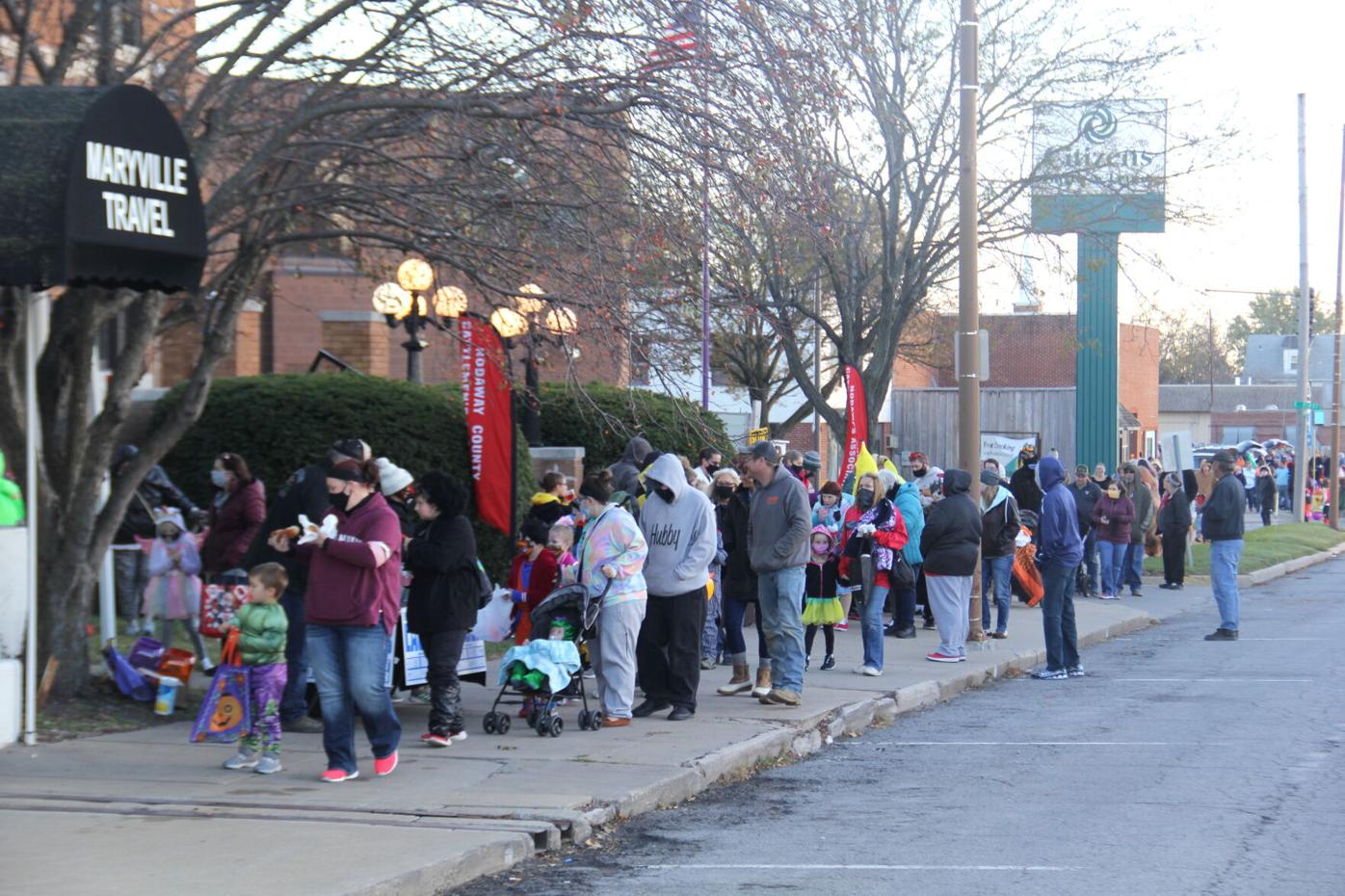 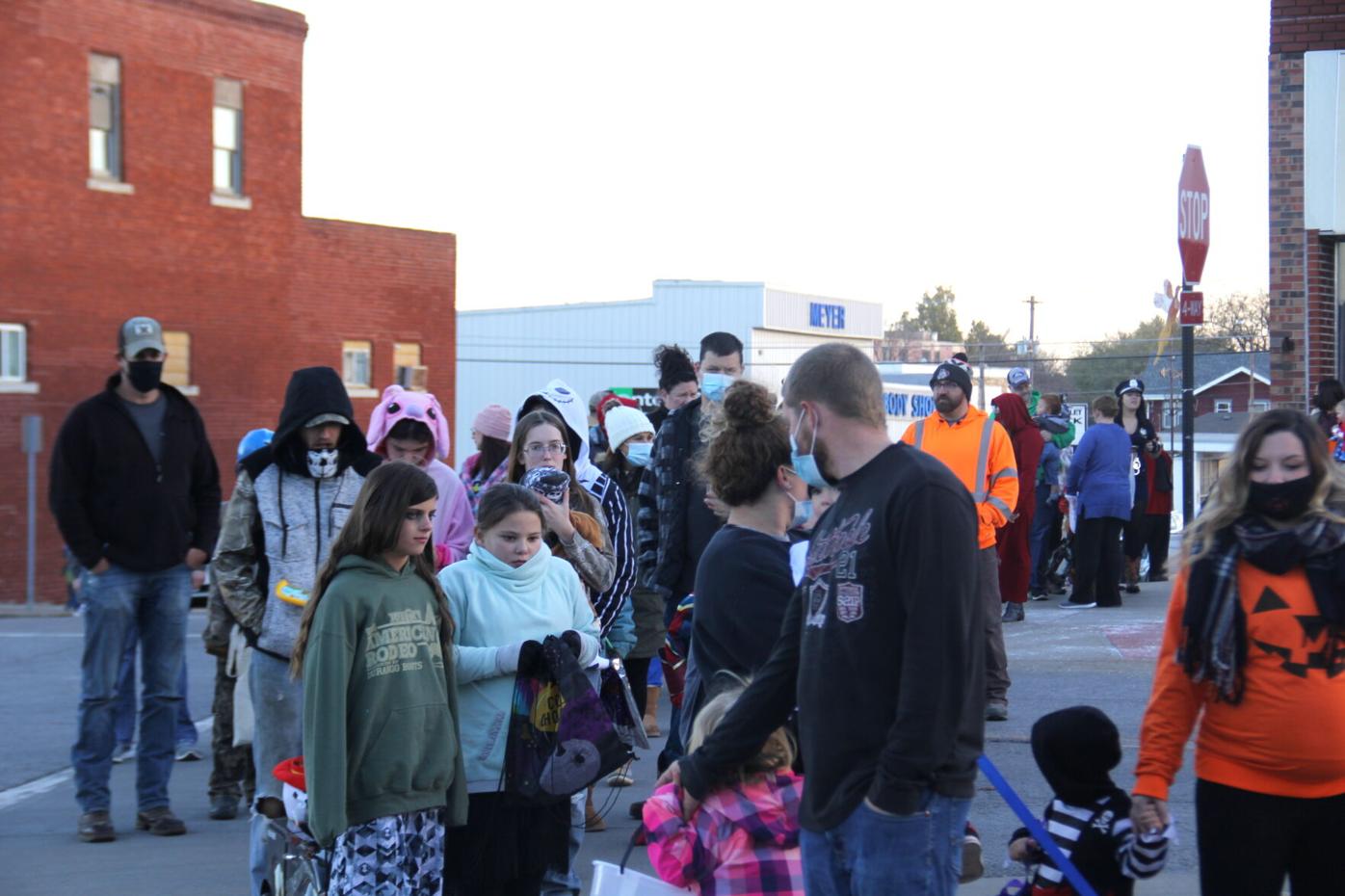 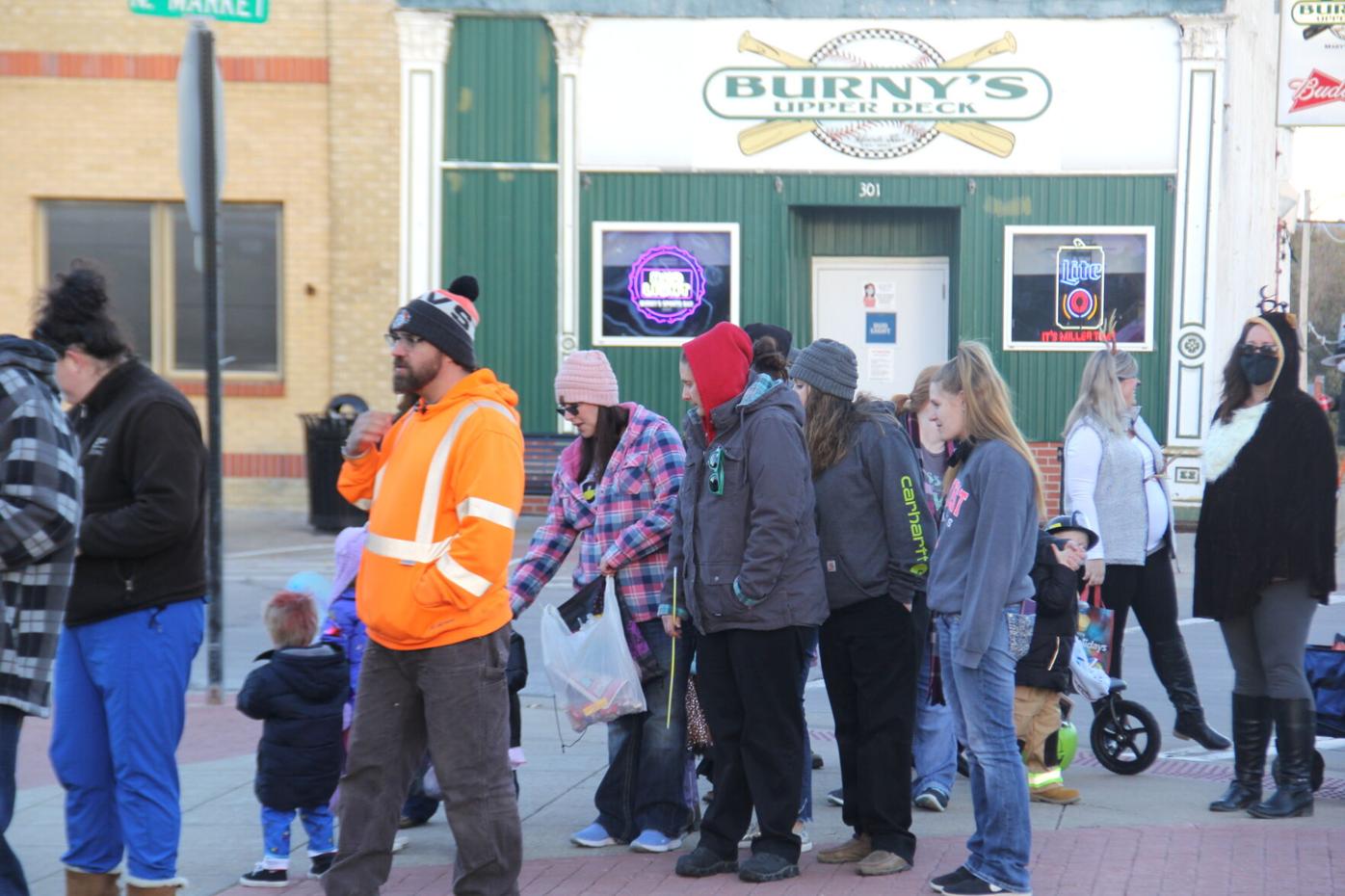 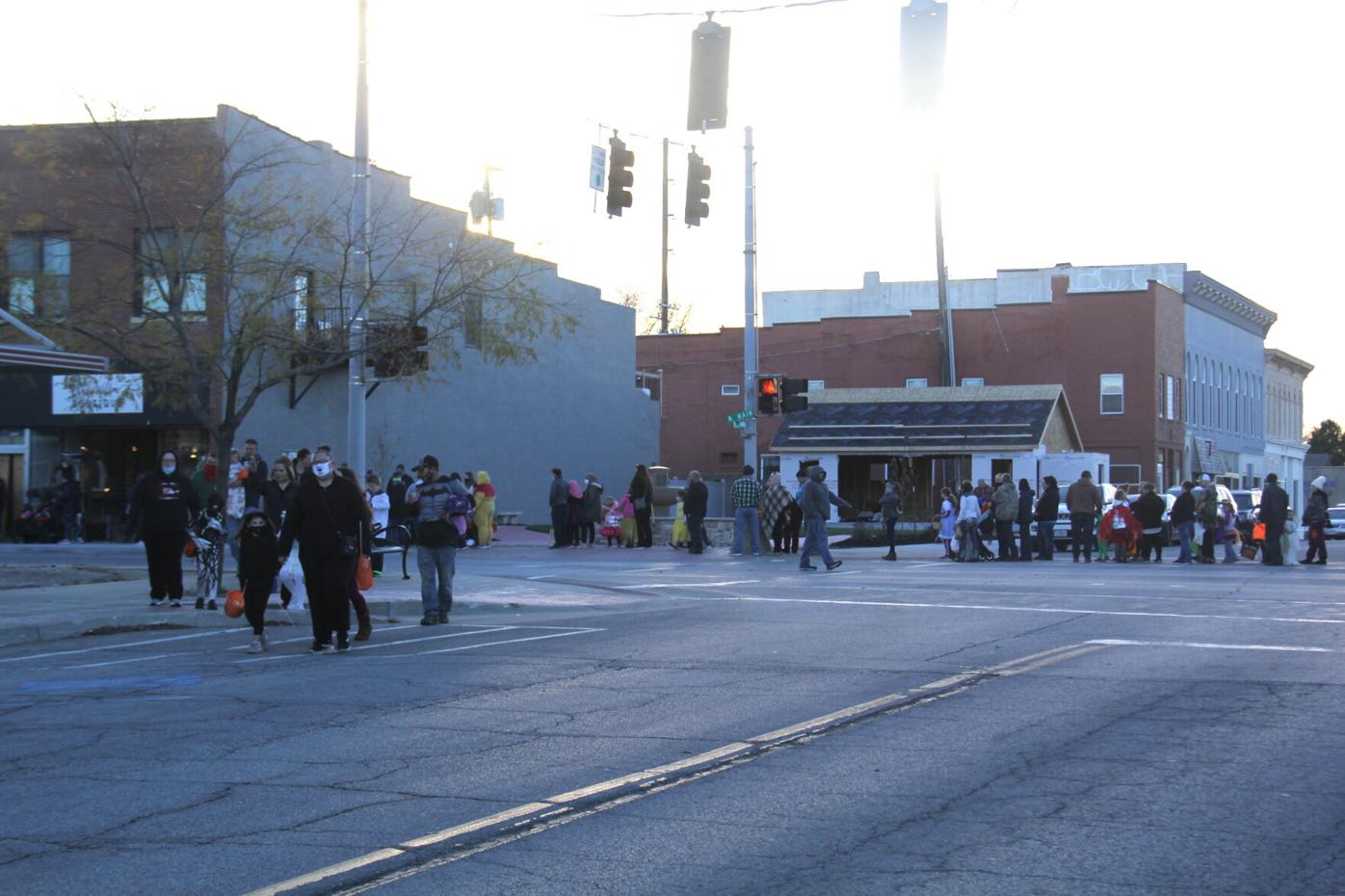 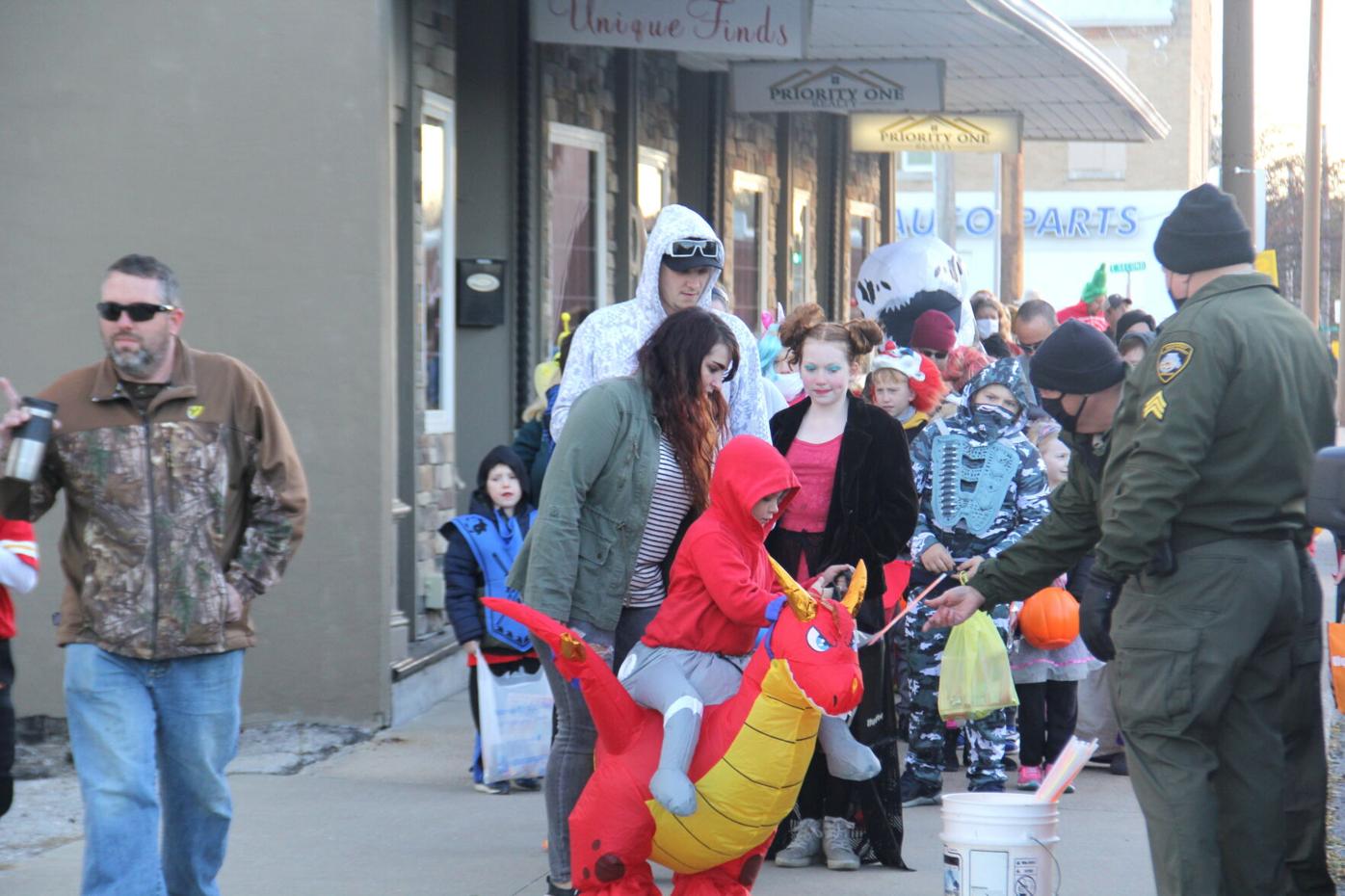 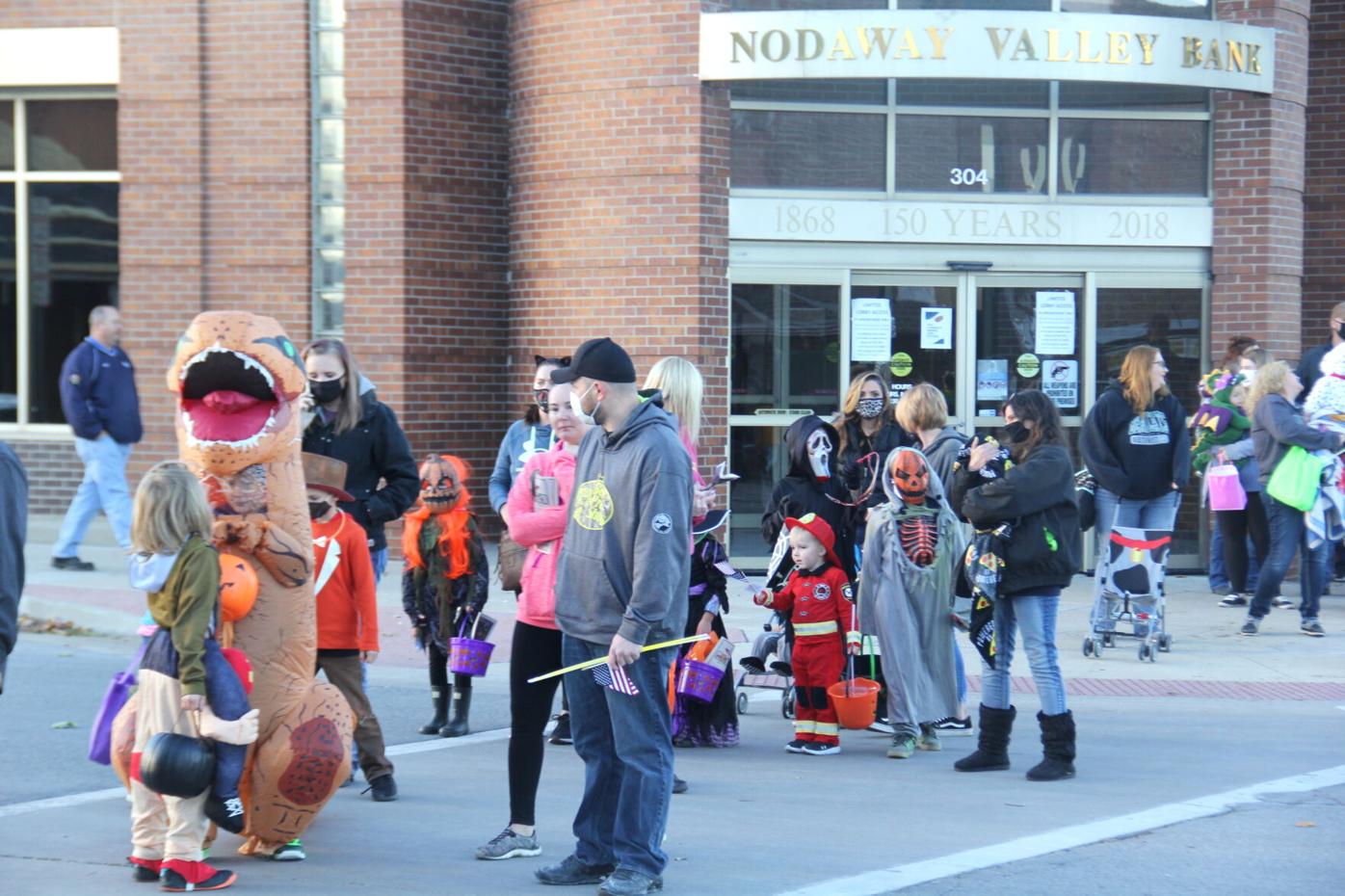 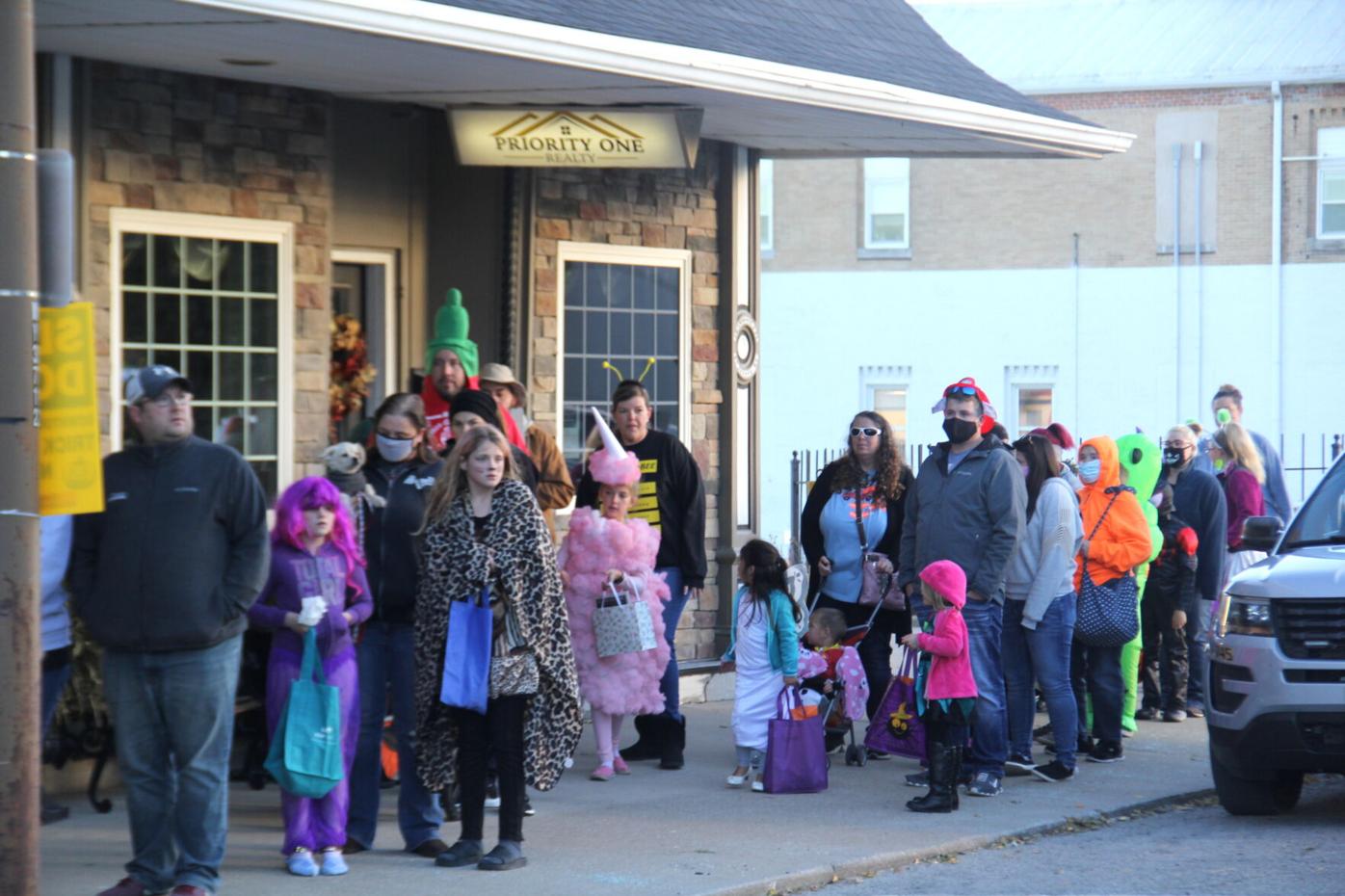