Free access for current print subscribers
Get Started
You are the owner of this article.
Edit Article Add New Article
You have permission to edit this article.
Edit
Welcome, Guest
Home
News
Sports
Life
Opinion
Community
Obituaries
Classifieds
Event Calendar
About Maryville
1 of 6 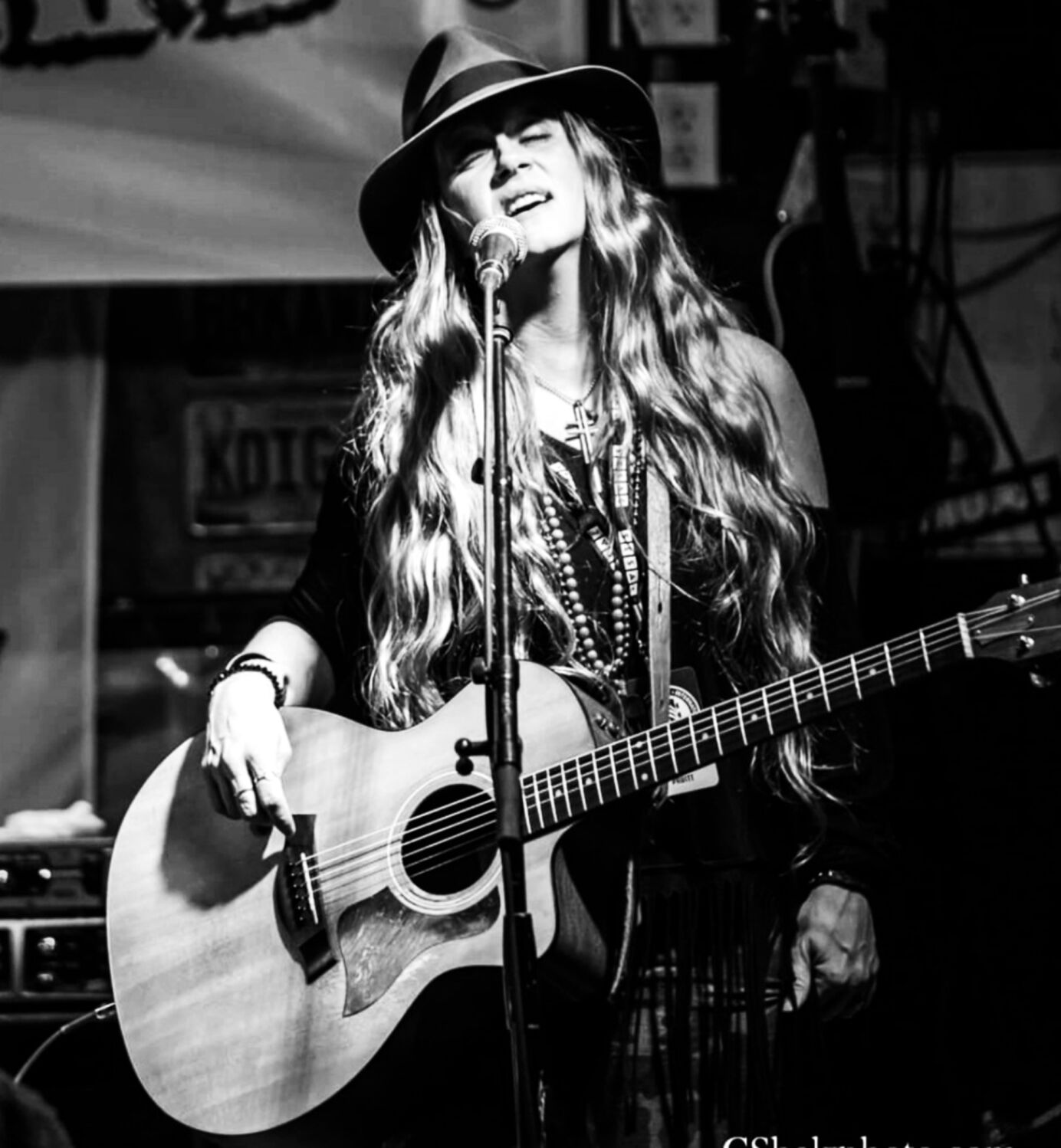 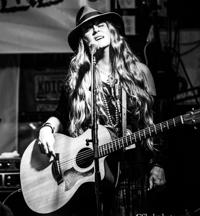 Amanda Pruitt, a Nashville-area singer/songwriter, wrote and recorded a song entitled “Skidmore” at Max Stout Studios in the town of Skidmore. Pruitt will perform at Amnesia Too in St. Joseph tonight and The Sandbox in Kansas City on Friday night. Both performances will be at 8:30 p.m. 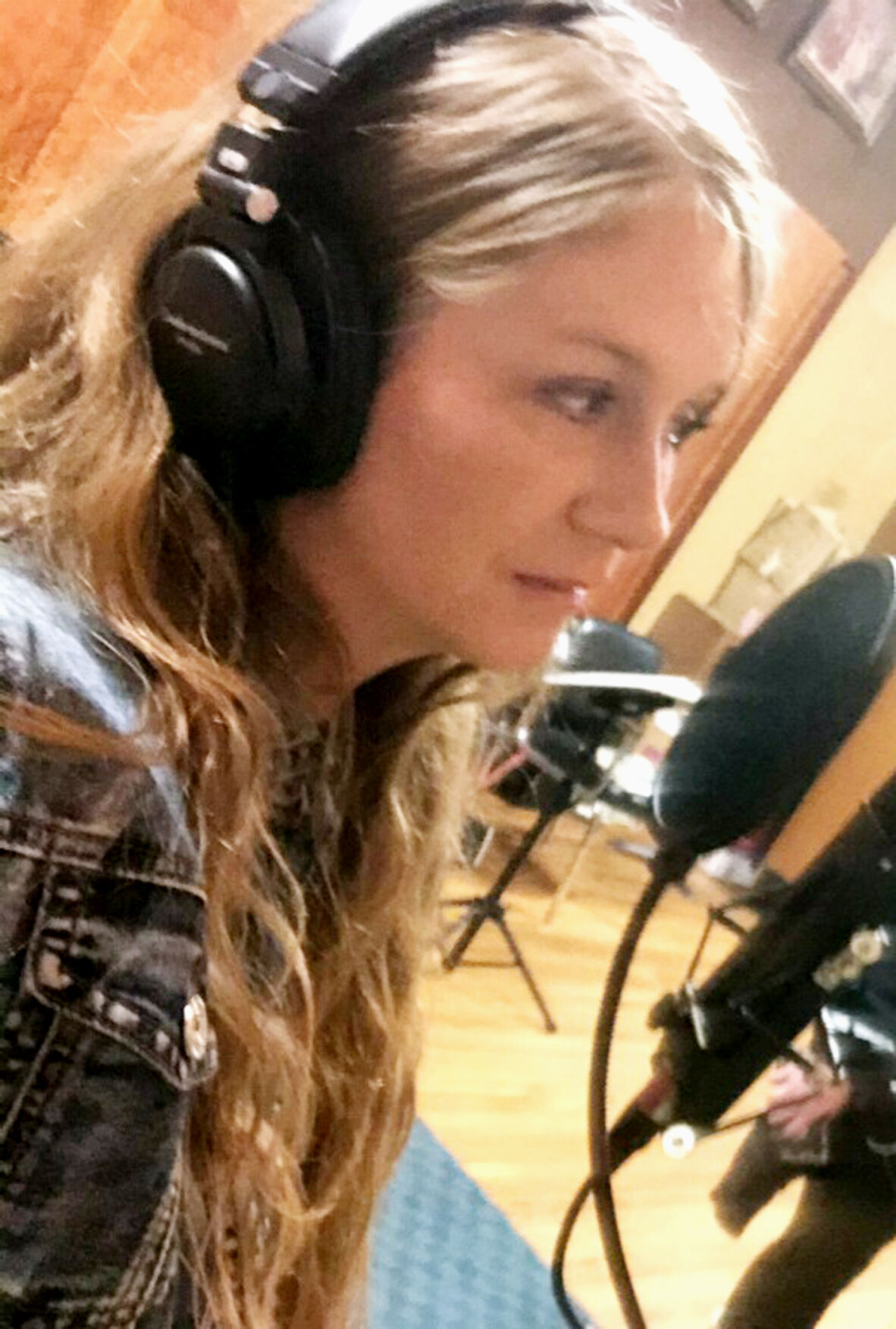 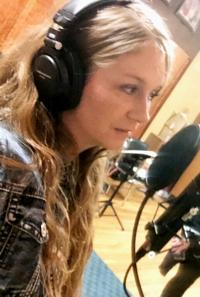 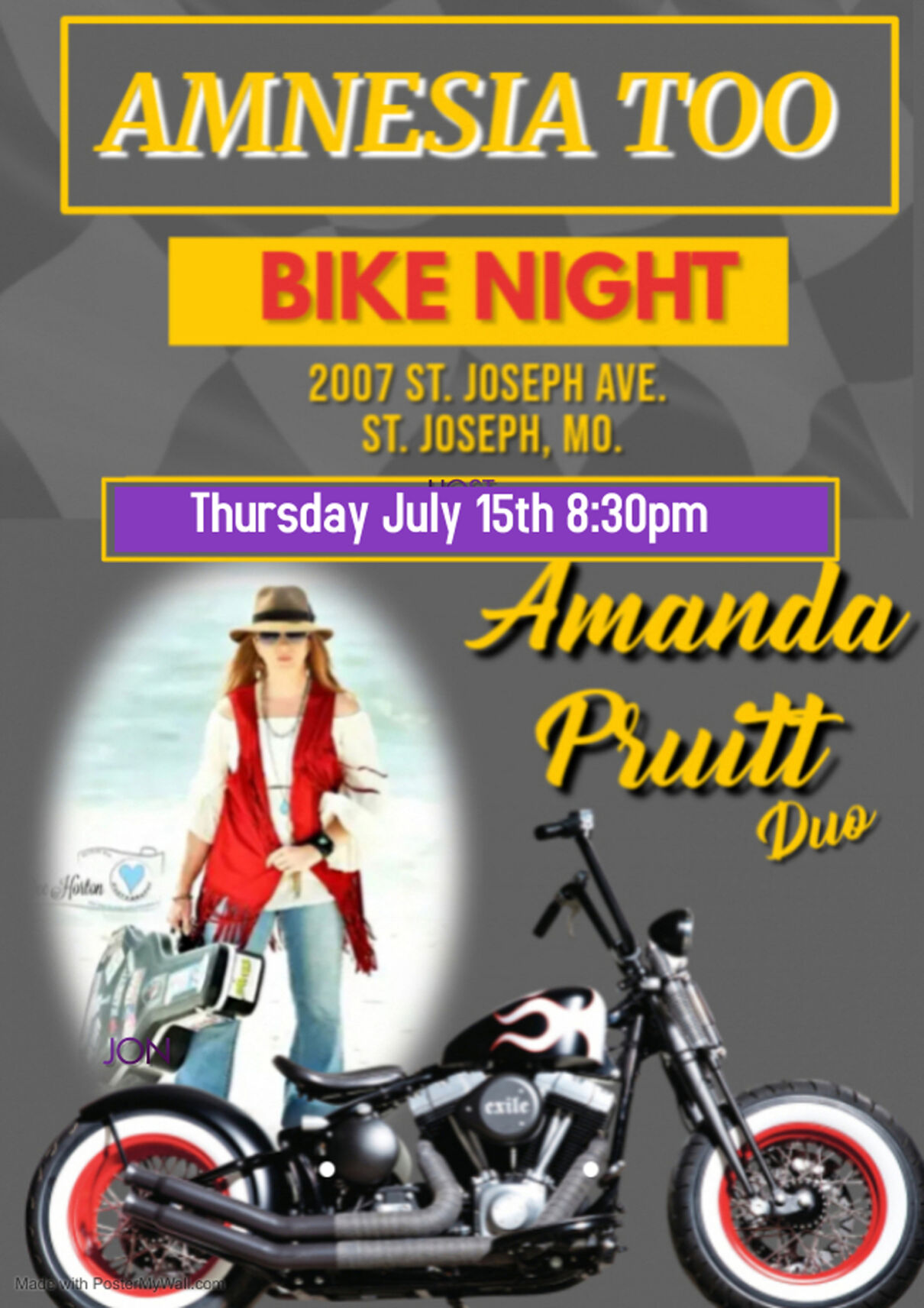 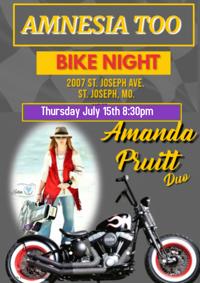 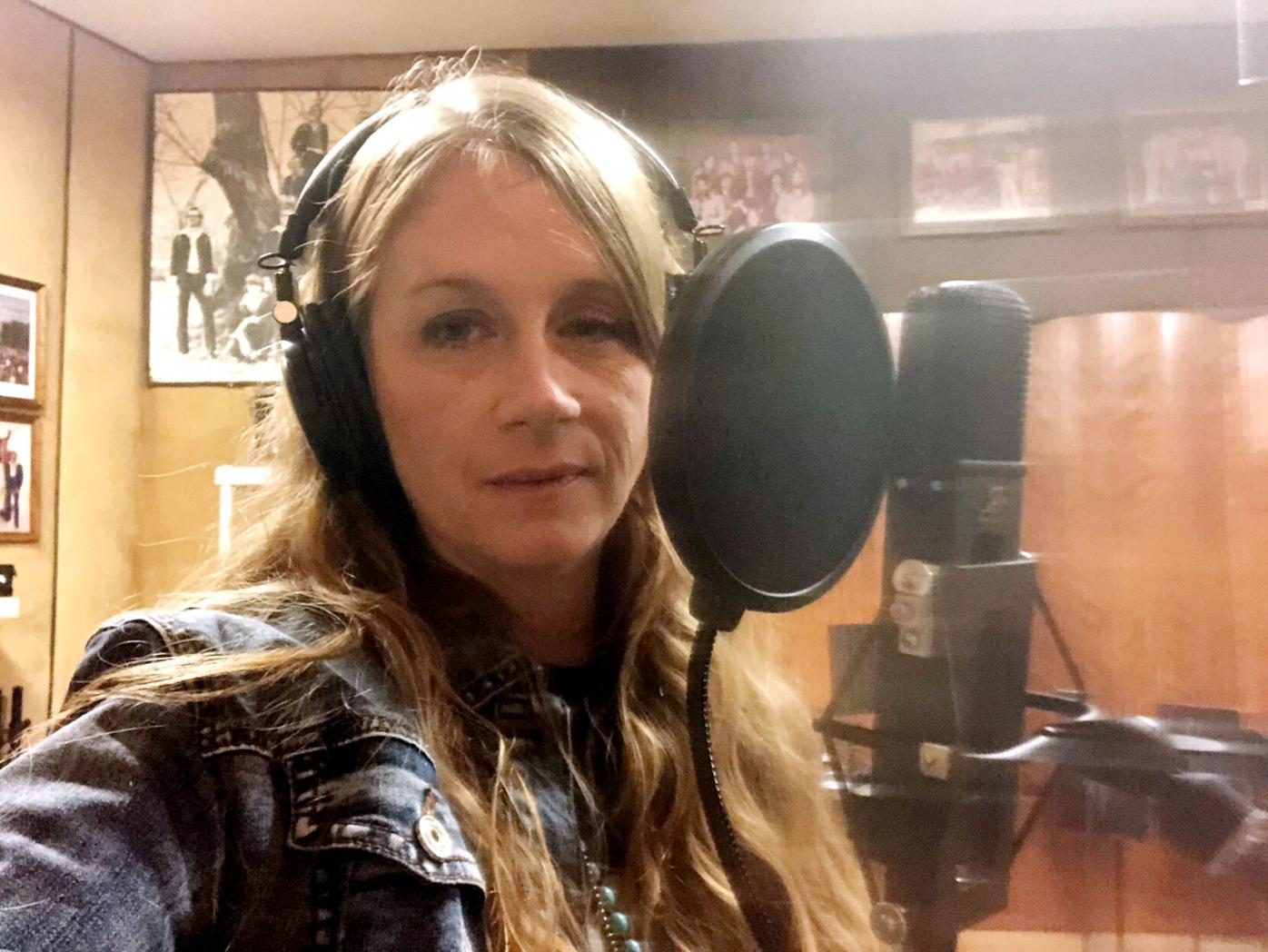 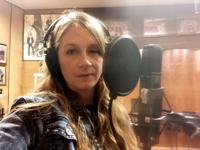 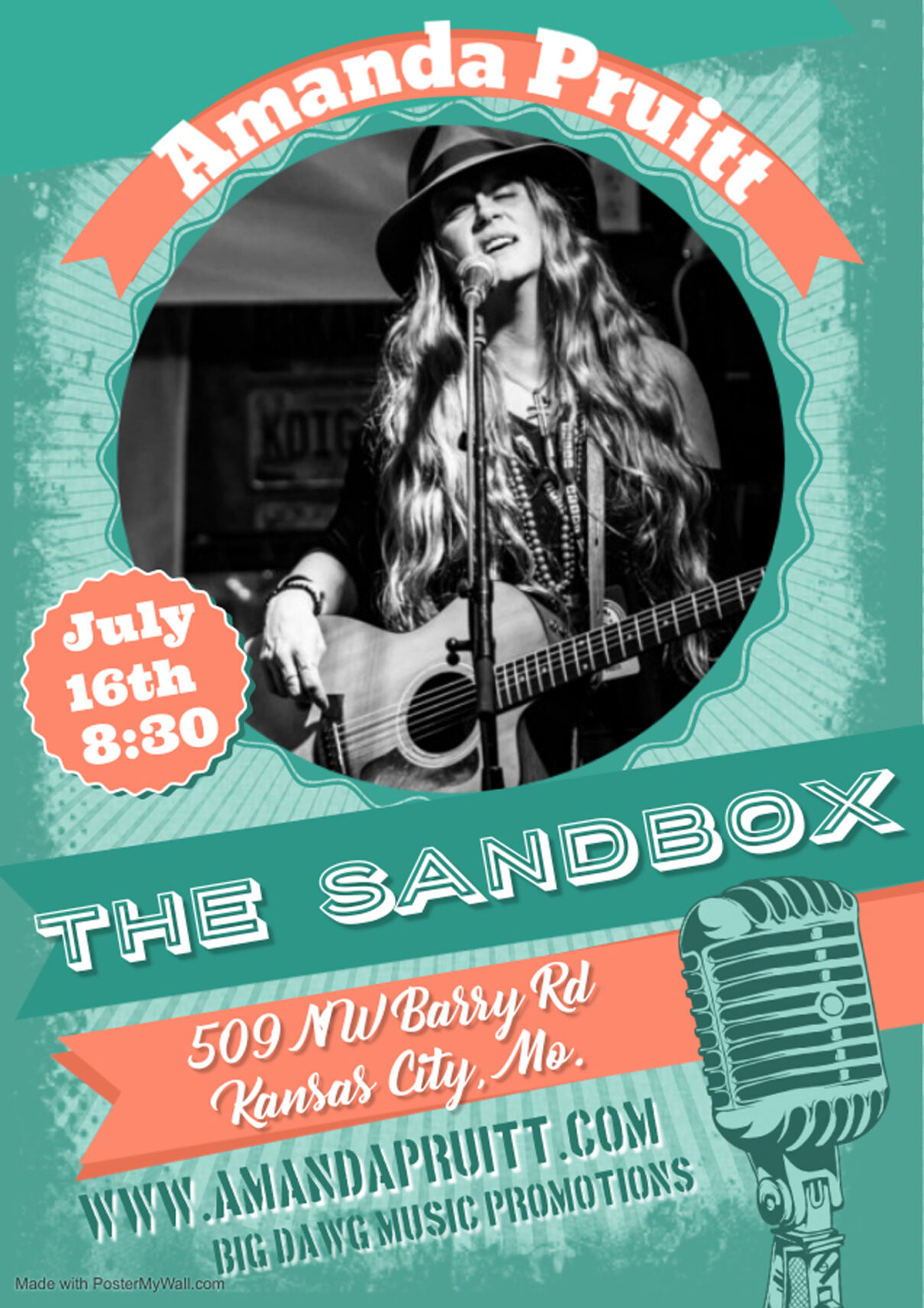 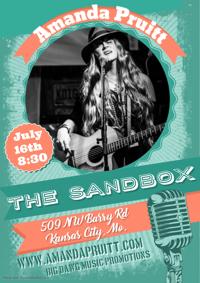 Amanda Pruitt will perform at 8:30 p.m. Friday at The Sandbox, located at 509 NW Barry Road in Kansas City, Missouri.

Amanda Pruitt, a Nashville-area singer/songwriter, wrote and recorded a song entitled “Skidmore” at Max Stout Studios in the town of Skidmore. Pruitt will perform at Amnesia Too in St. Joseph tonight and The Sandbox in Kansas City on Friday night. Both performances will be at 8:30 p.m.

Amanda Pruitt will perform at 8:30 p.m. Friday at The Sandbox, located at 509 NW Barry Road in Kansas City, Missouri.

Although the song’s roots are in Skidmore, Pruitt’s agent Tim Slagle describes it as a song for every small town.

Pruitt met Slagle through social media and since then, he has been her connection to northwest Missouri as well as one of the friendly faces she meets when visiting the town.

“(Slagle and his wife, Annie) have been such a blessing to me,” Pruitt told The Forum on Monday by phone.

At Texas A&M University-Commerce, Pruitt received a bachelor’s degree in journalism and performing arts. She is also an alumna of Wentworth Military Academy in Lexington, Missouri and the University of Central Missouri in Warrensburg, Missouri.

Pruitt uses that background in the performance arts to plan and execute her music videos. She has released three music videos during her solo career and two special project videos with bands. That knowledge comes in useful when discussing lighting, sound and stage setup with stage engineers.

Pruitt’s interest in journalism grew into a love for creative writing. Knowing about her background in journalism, Slagle told Pruitt about the history of Skidmore.

Born in Mississippi, Pruitt has lived in small towns in Louisiana, Missouri, Texas and Tennessee throughout her life.

During her visits to Skidmore, Pruitt has come to love the town. She knows Skidmore has a difficult history, and she hopes her song can highlight the positives of the town.

Pruitt is currently working on “The Storytellers,” a 15-track, acoustic album. Each song tells a story from Pruitt’s life. When people she met in Nashville told her she had a story to tell, Pruitt decided to create the album and “Skidmore” is on it.

Pruitt hopes to record the entire album in Skidmore because Max Stout Studios provides a unique sound, unlike anything she has heard before.

She has been singing since she was 4 years old and playing the guitar for the past 13 years.

By performing on stages across the country for 15 years, Pruitt has developed a fan base in Missouri, Nebraska, Illinois, Tennessee, Mississippi, Louisiana, Texas, Alabama, Georgia, Florida and North Carolina.

Pruitt describes musical abilities, determination, strength and a God-fearing spirit as her assets.

“My strengths are my words,” she said.

Describing herself as a lyricist, Pruitt writes all her own music in a storytelling fashion. When writing songs, she often partners with melodic writers.

Pruitt says her range is similar to those of Martina McBride, Janis Joplin and Bonnie Raitt.

She has released three country albums, including “Let it Go,” “Read Between the Lines” and “Something Will Give” and one gospel album titled “Not Turning Back.” She also has a blues EP titled “Strong.”

Pruitt plans to release all her new music this year. She recently recorded a new album titled “Needle in a Groove” with War Paint Entertainment in Rosebud, Arkansas.

She has been releasing singles from the album monthly. It is retro and bluesy with country flair. The album includes Pruitt’s first love song, which is unlike her past music.

On July 19, 20 and 21, Pruitt will travel to three Kansas correctional facilities on a prison tour to perform for inmates. No female has done this since June Carter Cash, Slagle said.

Pruitt has wanted to do a prison tour for a while. Through her performances, she hopes she can inspire people who have a background similar to hers.

At the prisons, Pruitt will share her testimony and perform her gospel music and honky-tonk songs.

“My mission is to bring people hope,” she said, continuing that if people can see and hear her accomplishments, they can recognize their potential.

In the future, Pruitt hopes to tour more prisons.

She will record two live CDs. One will consist of performances from her prison tour. The other will feature songs from “The Storytellers,”for which she plans to record final vocals for “Skidmore,” while in town this week.

Along with releasing music, Pruitt has many projects she is working on.

She has three books she is writing. The first describes her life, the second gives advice to women touring on the highway, and the third is a comedy devotional.

She will be partnering with an independent women’s radio show in Austin, Texas, called TeXchromosome.

Together, they will start Troubadoura, a platform for young women to join the music industry without societal pressures. Pruitt will serve as a talent director for this program.

Pruitt hopes to continue touring. However, she will place less of an emphasis on it in order to devote more time to other projects.