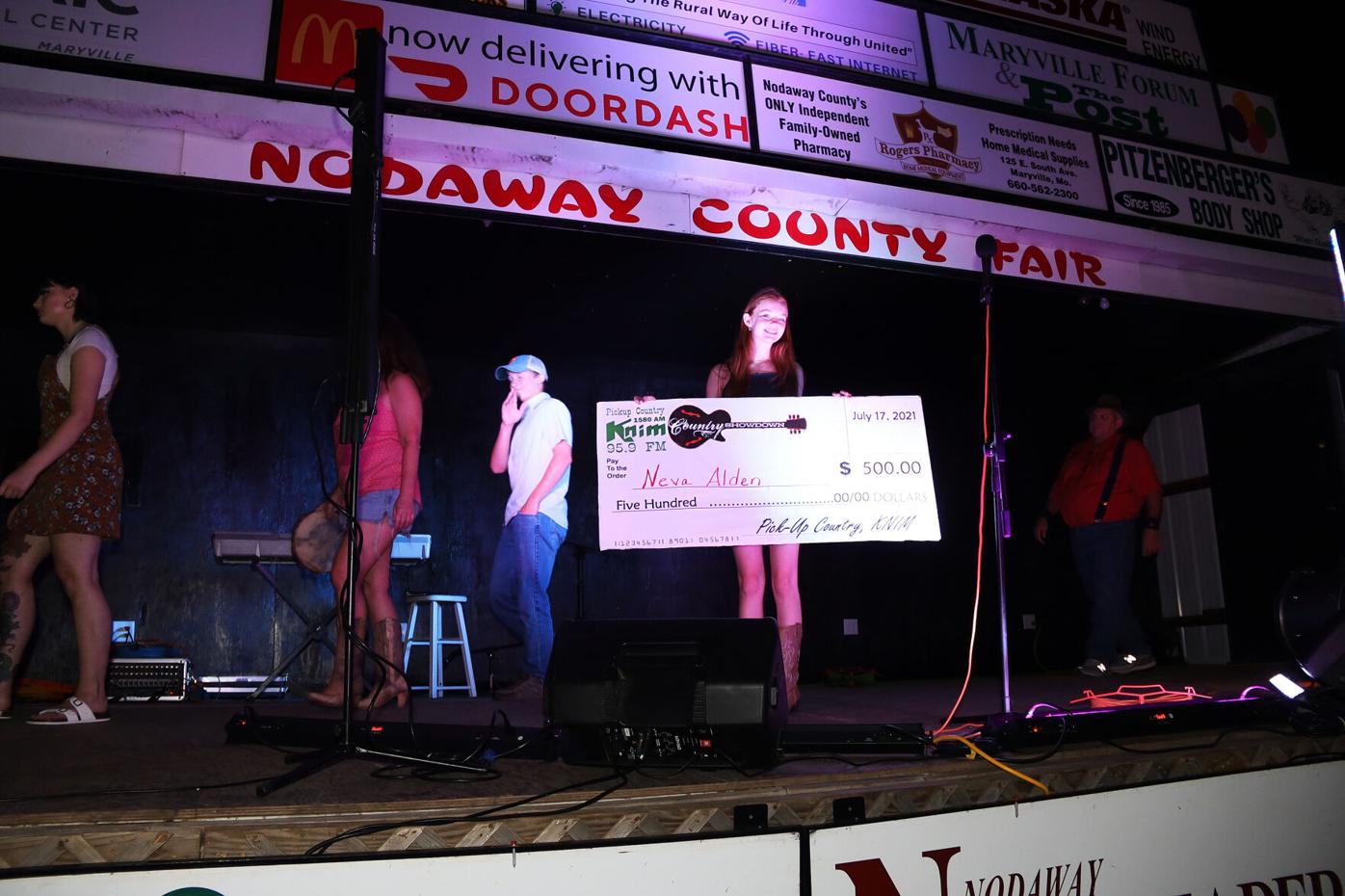 Neva Alden, Carlisle, Iowa, is shown Saturday night holding the big check from KNIM Country Showdown. Alden won the big prize after singing two Patsy Cline songs. She said her mother introduced her to the music and she fell in love with them. 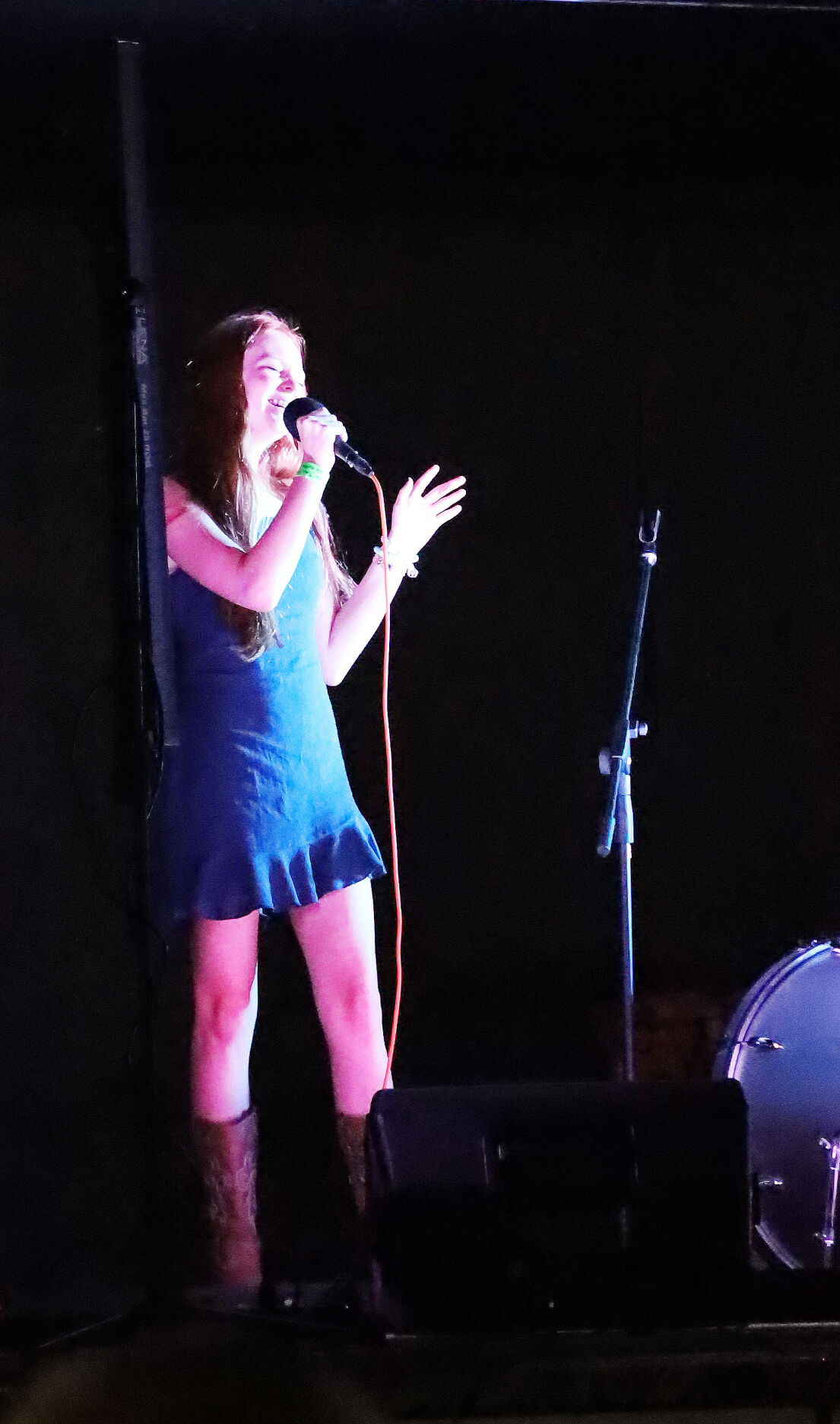 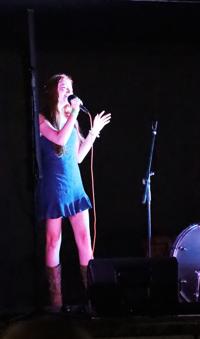 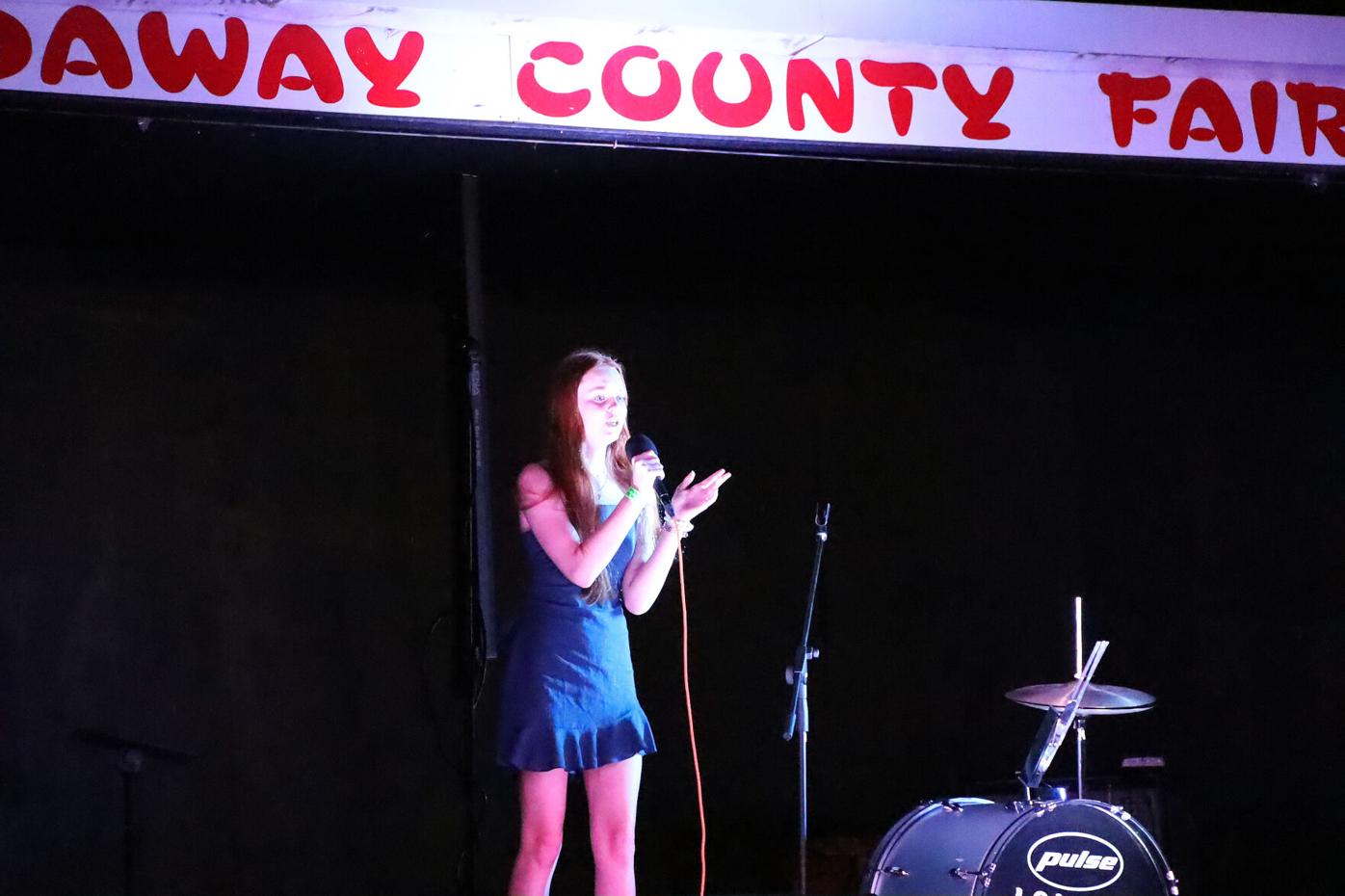 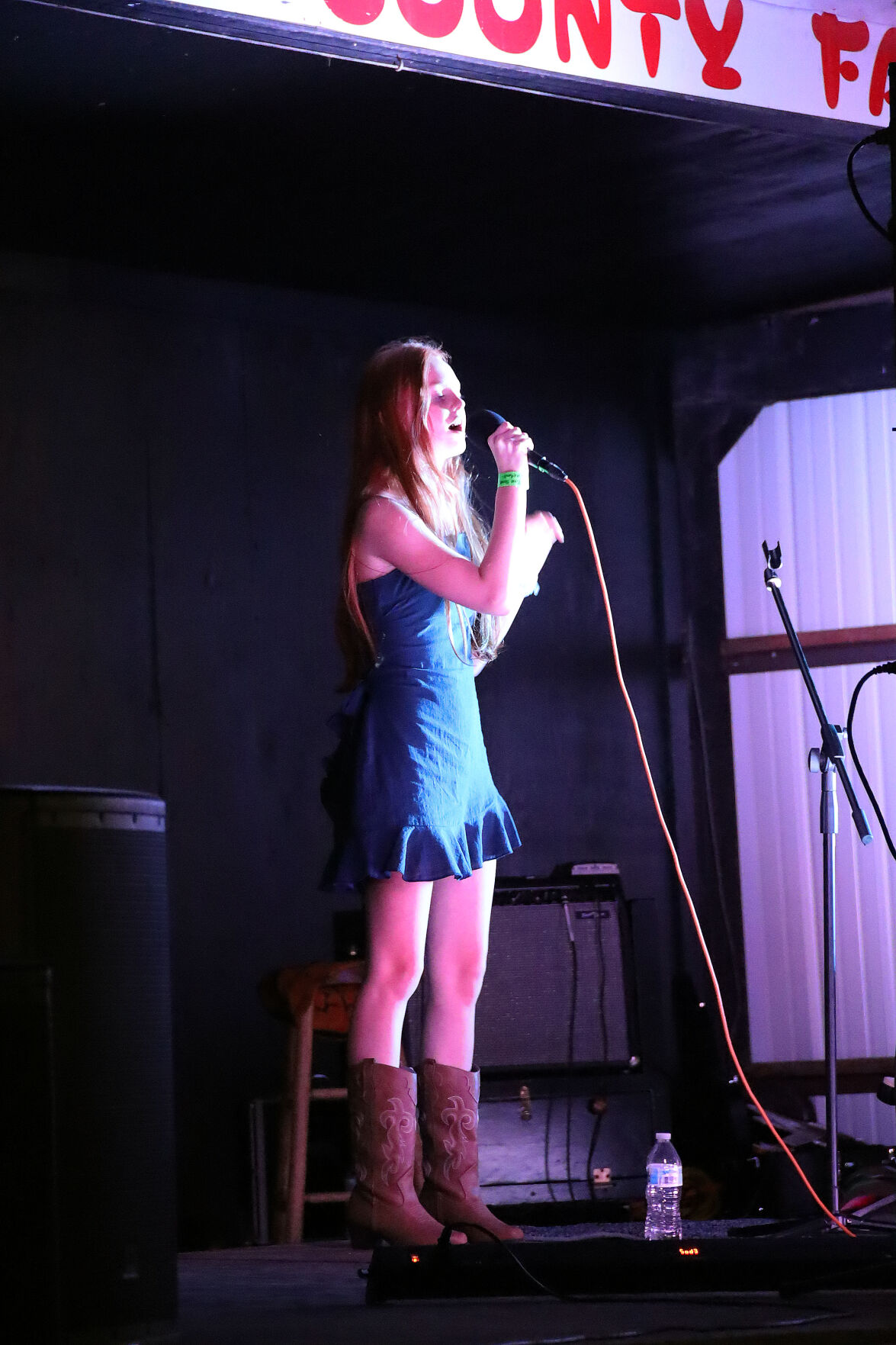 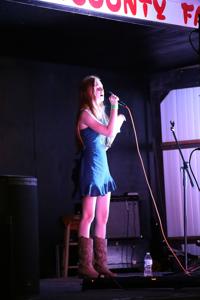 Neva Alden, Carlisle, Iowa, is shown Saturday night holding the big check from KNIM Country Showdown. Alden won the big prize after singing two Patsy Cline songs. She said her mother introduced her to the music and she fell in love with them.

MARYVILLE, Mo. — With her strong, young voice that neared yodeling at times, Neva Alden performed two Patsy Cline songs and ended up taking home the big prize of $500 and the title of 2021 KNIM Country Showdown winner on Saturday night at the Nodaway County Fair.

Alden, daughter of Amy and Jeremy Alden of Carlisle, Iowa, and granddaughter of Dave and Susie Alden of Stanberry, Missouri, told The Forum after winning the singing contest that she was introduced to Cline’s music by her mother and she immediately fell in love with it.

Country is not Alden's preferred musical genre to perform — she usually sings soft rock songs — but with Cline it’s a different story. Performing “I Fall to Pieces,” and “Blue,” Alden showed no sign of only being introduced to it recently.

“I don’t really listen to country a whole lot, … but I love Patsy Cline and the covers that Leann Rimes does,” she said.

Alden who will be a sophomore at Carlisle High School in the fall, said she’s been singing since beginning to talk. She said the soft rock songs really reach her.

“I love the emotion it has in it,” Alden said.

Not only did she perform music fairly new to her, but this contest was her first competition.

“This is the first time I’ve really gotten in and competed,” Alden said. “It’s really fun.”

She would love to continue singing in contests and hopefully have a career involving singing in the future, but it’s a little too early to make official plans.

“Thank you, this was fun,” Alden said.