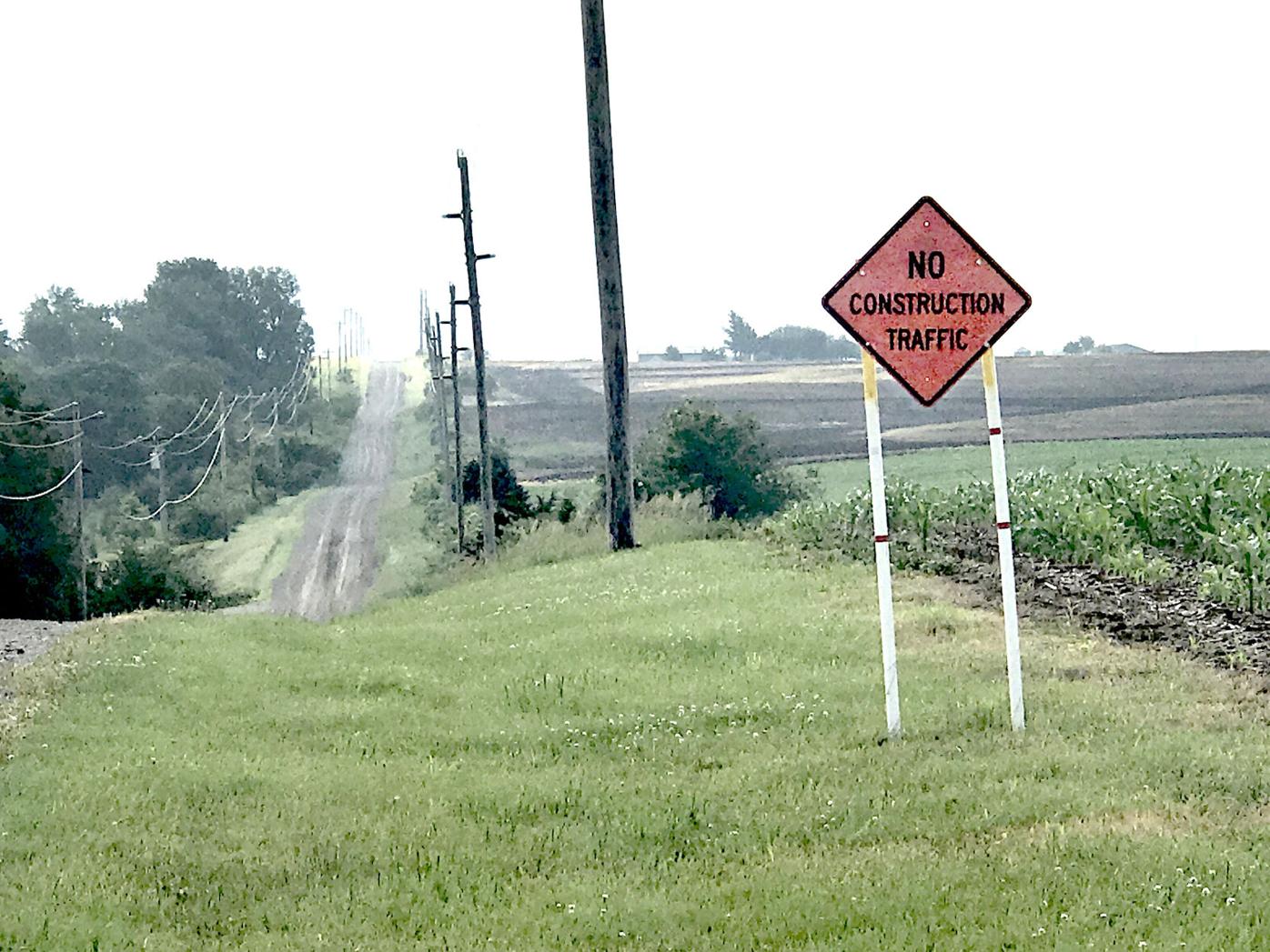 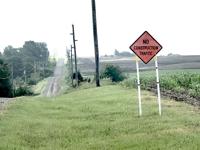 Shown is 210th Street in Nodaway County, one of the roads that is receiving traffic during the hauling of materials to the new Tenaska wind farm site in the north part of the county. 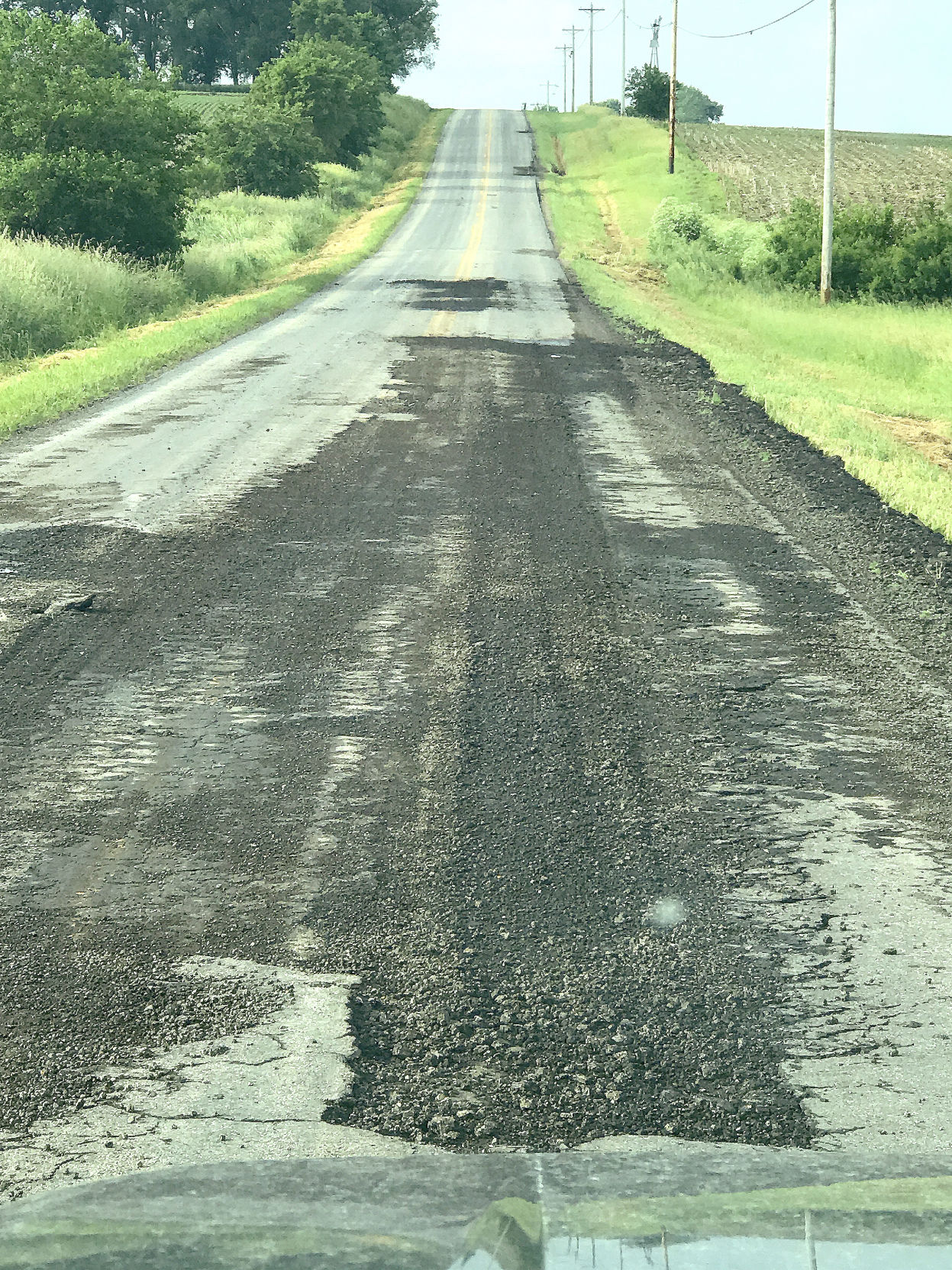 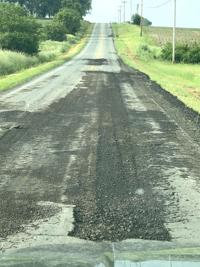 State Route FF is shown in its current state deteriorating due to the Tenaska wind farm construction traffic. 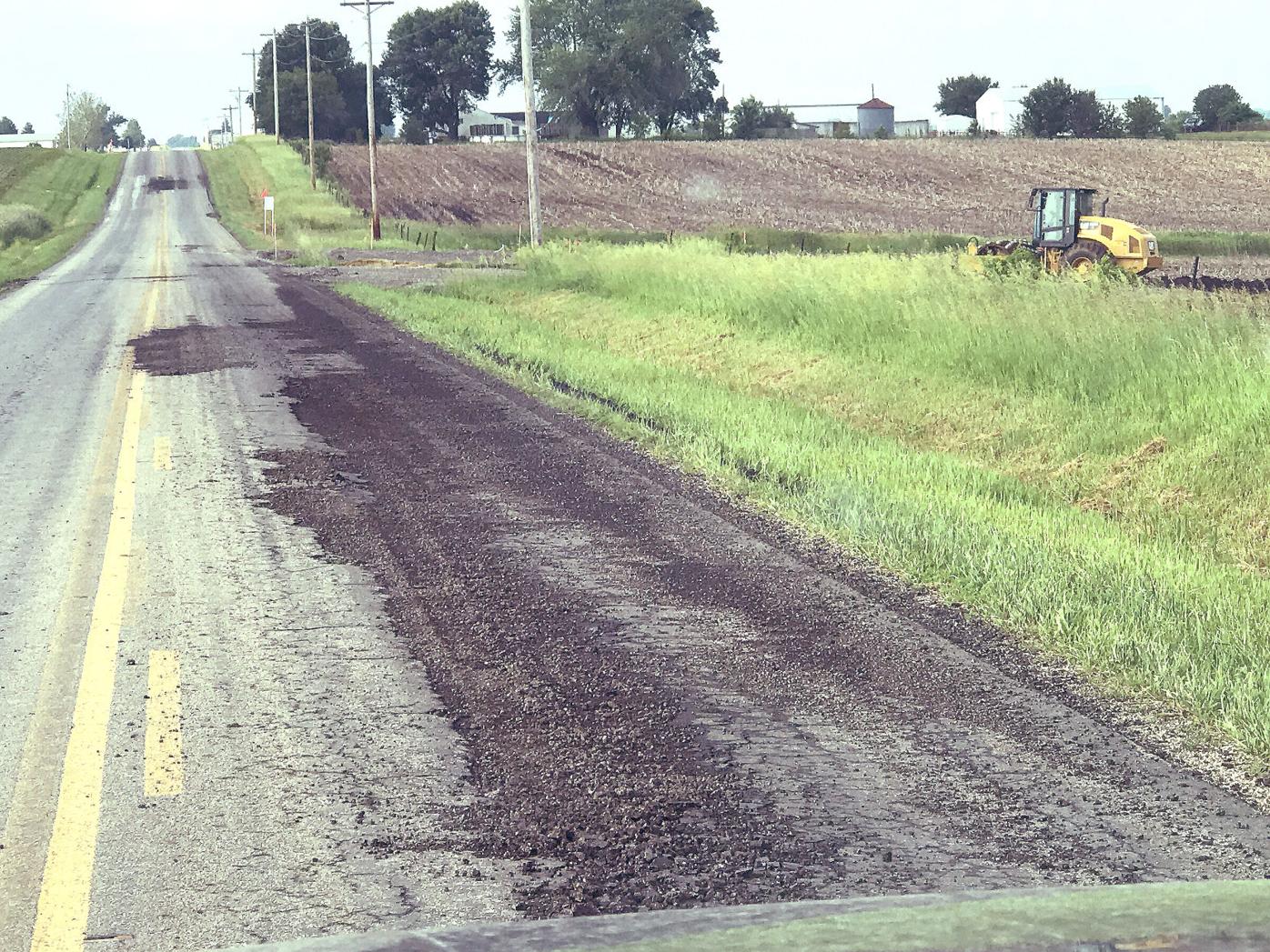 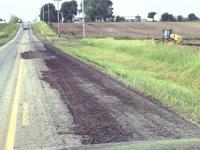 Shown is 210th Street in Nodaway County, one of the roads that is receiving traffic during the hauling of materials to the new Tenaska wind farm site in the north part of the county.

State Route FF is shown in its current state deteriorating due to the Tenaska wind farm construction traffic.

That commitment was formalized earlier this year in a road maintenance agreement signed by Tenaska and the Nodaway County Commission specifying that roads impacted by construction must be restored to “same as” condition or improved beyond their pre-construction state.

Questions about road restoration obligations assigned to Tenaska and Mortenson Construction, arose this week after signs were posted on some roads reading “No Construction Traffic.”

One landowner told The Forum construction vehicles were apparently ignoring the signs, and asked if the postings were intended to remove responsibility for repairs from the wind farm’s developers.

Mortenson Project Supervisor Tim Lester responded to those concerns by saying his company and Tenaska are obligated to repair damaged roads regardless of any developer imposed traffic restrictions.

Lester explained that the “No Construction Traffic” signs were set up to address concerns about safety and logistics and are meant to steer trucks bearing the heaviest loads onto a limited number of routes.

Lighter vehicles, such as pickups and service vehicles, may still be routed onto posted roads, he said.

In some cases, Lester said, the signs are meant to keep heavy trucks and implements off dirt roads where they could become bogged down by mud.

However, posted or not, Tenaska and Mortenson are still on the hook for repairs when wind farm construction is complete, he confirmed.

That obligation extends to state-owned paved routes, like Route FF, which the Missouri Department of Transportation has scheduled for new pavement and other upgrades beginning over the next few days.

Lester said if the repaired road sustains fresh damage during the construction period, Mortenson will be required to make improvements to bring it back up to standard.

Nodaway County Assessor Rex Wallace said Tuesday that county officials, along with Mortenson/Tenaska staff, inspected and documented the condition of all county and state roads within the wind farm’s footprint prior to the start of construction.

Using that documentation, Lester said the county has the right to mandate repair of all road damage caused by wind farm construction regardless of any signage or assigned traffic routes.

When completed in a few months the Tenaska Clear Creek Energy Center will embrace between 100 and 120 wind turbines stretching north from Maryville to the Iowa line.

According to Tenaska estimates, the wind farm should produce about 240 megawatts of electricity, or approximately enough energy to power approximately 100,000 single-family residences.

The power will be sold to Springfield-based Associated Electric Cooperative Inc., which will in turn wholesale wind-produced power to six regional co-ops, including United Electric, which serves much of rural Nodaway County

Construction cost for the new wind farm is estimated at between $200 million and $300 million.

When completed, Tenaska will pay about $1.2 million a year in property taxes, most of which will be funneled to public school districts, especially North Nodaway R-VI. Other districts set to benefit from the Clear Creek project include West Nodaway R-I and Maryville R-II.

Staff writer Anthony Brown has officially retired. For more information about this story, contact the newspaper at news@maryvilledailyforum.com or by calling 660-562-2424.