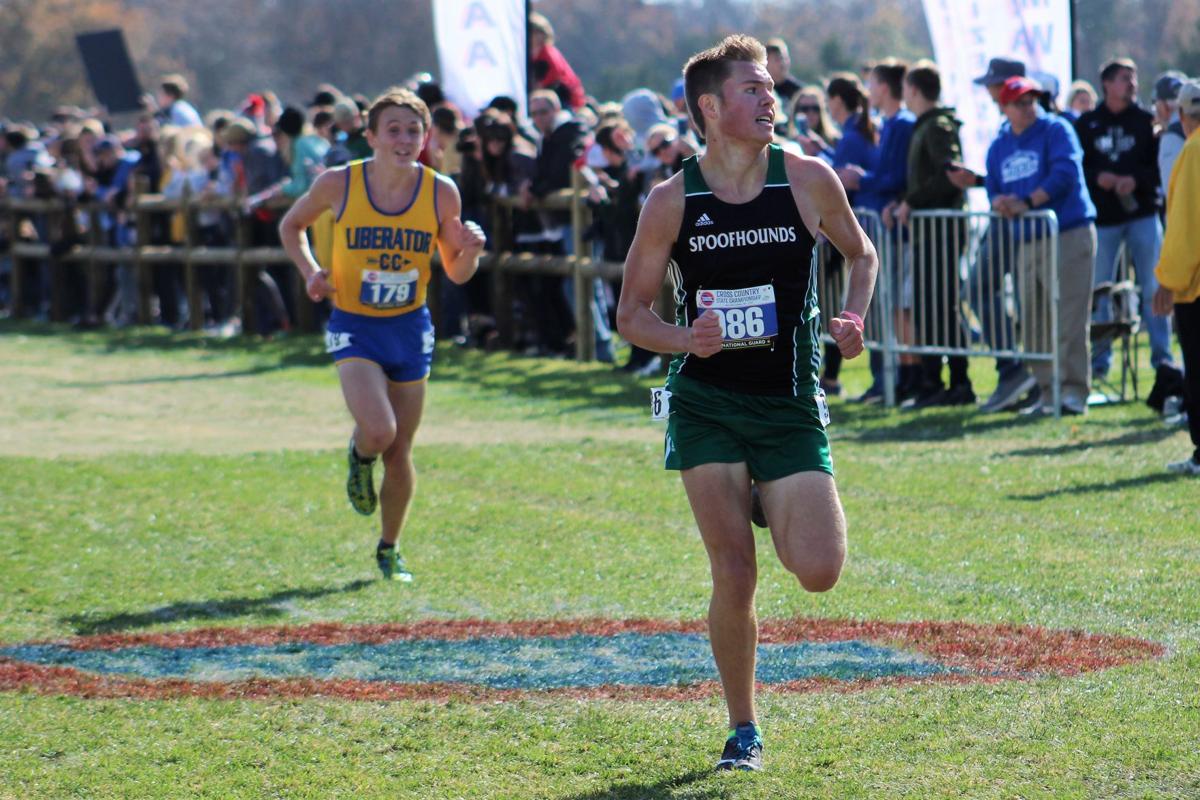 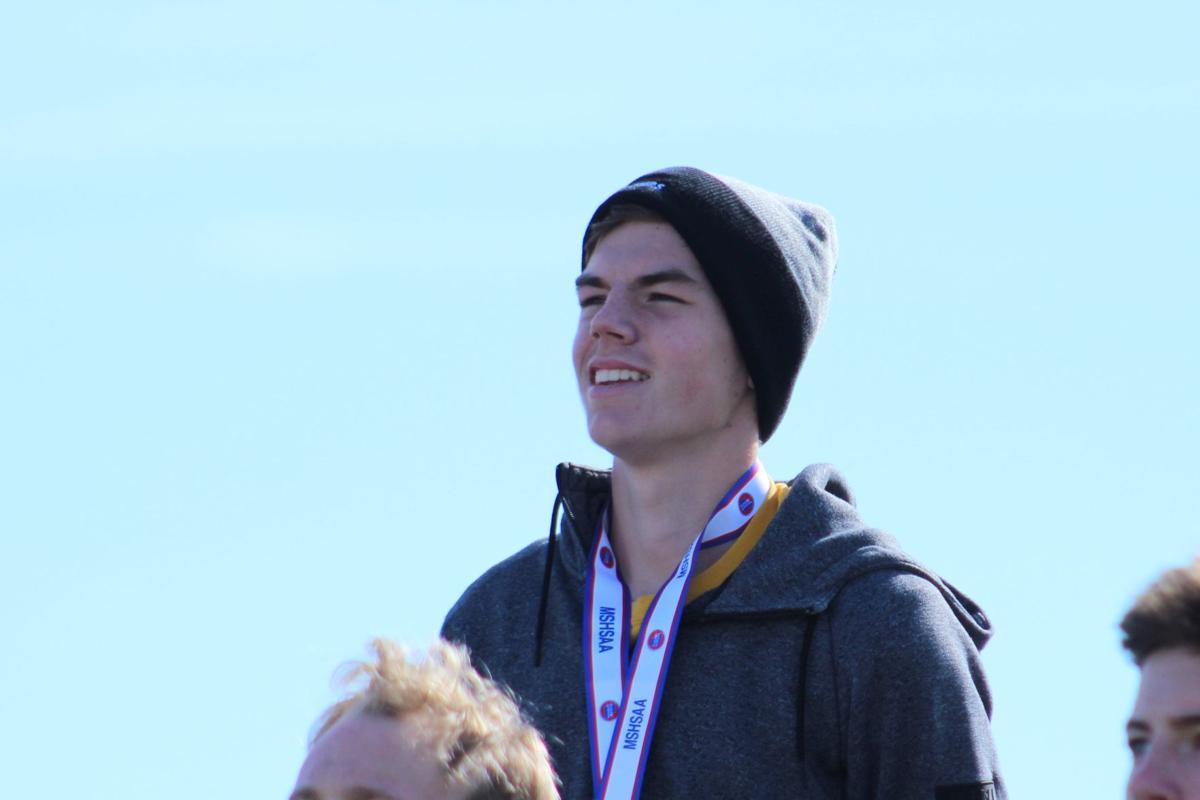 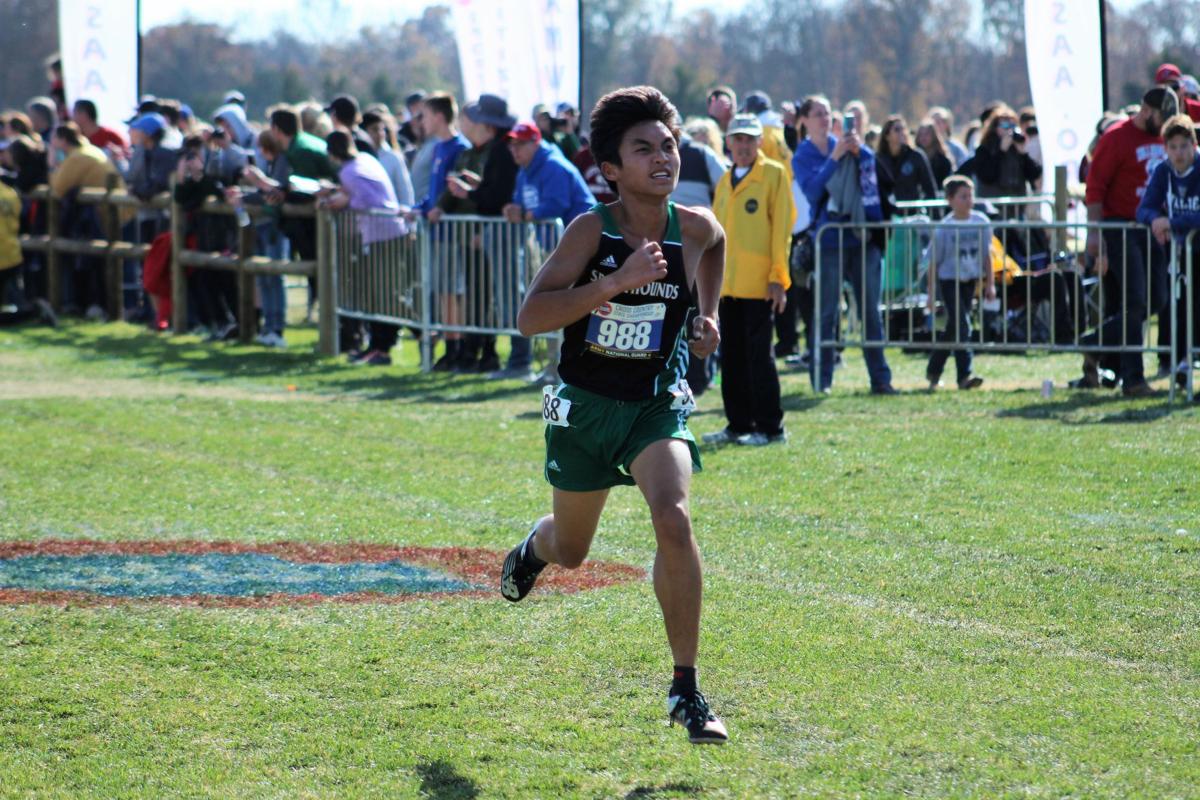 Maryville's Jag Galapin crosses the finish line at the state meet in Columbia on Saturday. 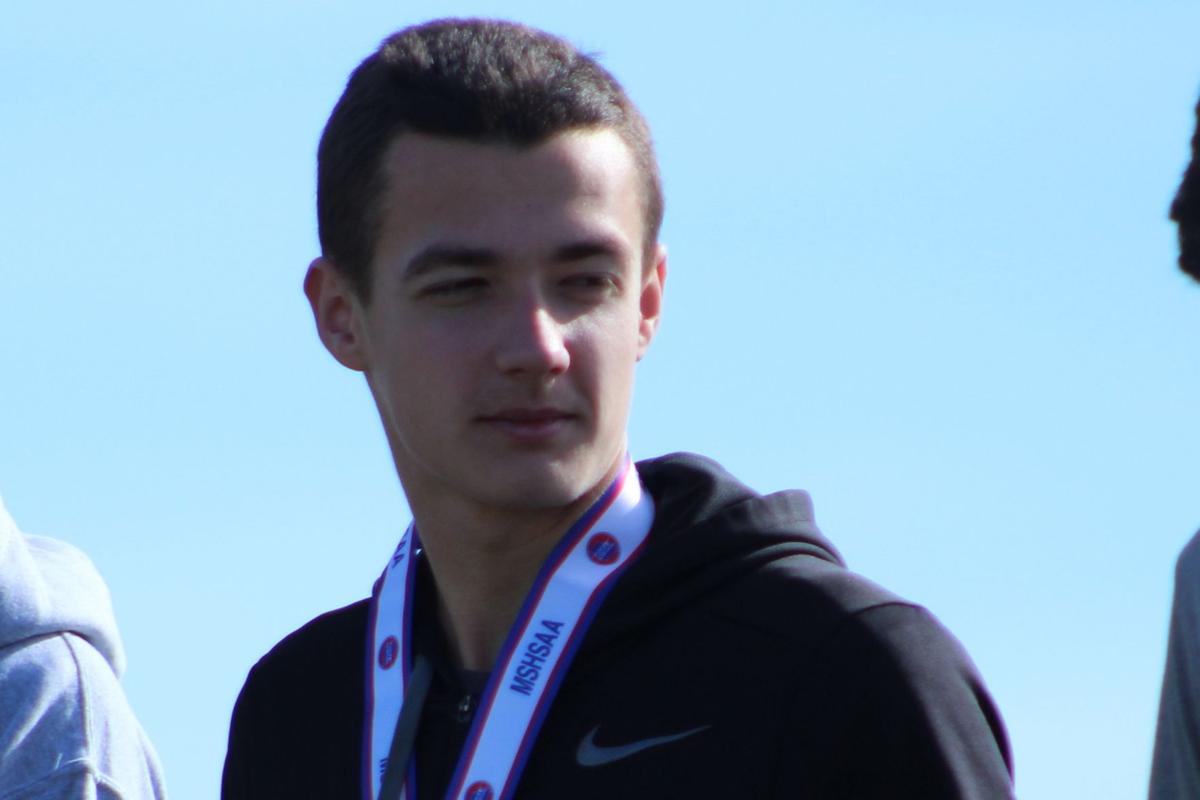 Maryville's Jag Galapin crosses the finish line at the state meet in Columbia on Saturday.

COLUMBIA, Mo. – The Maryville Spoofhounds and the North-West Nodaway Muskets have each experience their fair share of success this season. The Spoofhounds won all but one meet and the Muskets garnered a lot of success from their individual runners. That theme continued Saturday at the Gans Creek Recreation Area. Maryville finished sixth among the boys teams and North-West Nodaway had two runners finish in the top 25 and among the two was a second-place finish for Tyler Blay.

Tyler Blay’s success this season has come from a change in diet and exercise. After failing to qualify a season ago, the junior runner finished 18 seconds ahead of the third-place runner and just three seconds behind first place.

Blay’s time of 16:42 put him in the top 125 of all runners at the event that included classes one through four. Even with the second-place finish, Blay was still frustrated to not finish in first.

“I felt like I had first in the bag and he kind of sat on me and out-kicked me,” Tyler Blay said.

Blay acknowledged that he is happy with improvements he has made this season.

“I’m very thrilled and I’m very thankful for it,” Tyler Blay said. “I’m ready to put in work and be a state champion next year.”

The Muskets’ second runner to medal was junior Duke Ingraham. Ingraham finished 23rd among the 171 runners in class one. The junior finished with a time of 17:38. Coach Bill Blay was thrilled with the way his runners performed on the big stage.

With both runners returning for their senior season and adding the younger siblings of Tyler Blay and Duke Ingraham, Bill Blay has high hopes for next year’s team.

“He (Tyler’s brother) could probably be top 20 right now as an eighth grader,” Bill Blay said. “We’ll be here as a team next year.”

The Spoofhounds came into the state competition having dominated their opponents throughout the season. Led by Garret Dumke, Maryville won all but one competition before state.

The Spoofhounds' sixth place finish was one point ahead of district competitor Smithville, who finished with 204 points.

“Sixth place as a team is awesome, it’s amazing and our best finish ever was 2016 in 12th,” Rodney Bade said. “If you asked the kids, they wouldn’t say that they’re 100 percent satisfied, we threw it out there that we could maybe be a top four team. They believed it, and I wouldn’t say they’re disappointed but they’re a bit (frustrated sound). We’re going to talk about keeping it in perspective but not being satisfied and it doesn’t hurt beating Smithville.”

Though his team was slightly disappointed in its performance, Bade couldn’t have been happier with the way his runners raced this season.

“Like I told them before the race, when I started six years ago, we just wanted to win a meet,” Bade said. “I looked back through our history and our records, which were pretty incomplete, and I didn’t even have a record of them winning a local meet. Once we got some runners and some kids interested, we won our first meet in 2016 and now we don’t even go to that meet anymore. Then we started thinking that maybe we can win districts and then once we got here, we thought maybe we can finish top six or top four.”

Laura Feuerbacher was the lone Spoofhound girl to qualify for state. The senior runner finished with a time of 21:54. Maryville will have to replace a handful of seniors, but with two of its top runners returning next year, Bade has full confidence in his team’s ability to be competitive again next season.

“We’re going to lose a lot of seniors, so it’s going to look a lot different next year,” Bade said. “We’ve got some good kids in middle school and we’ll be young. We’ll have a senior and two juniors and a big gap, but we’ll be young.”