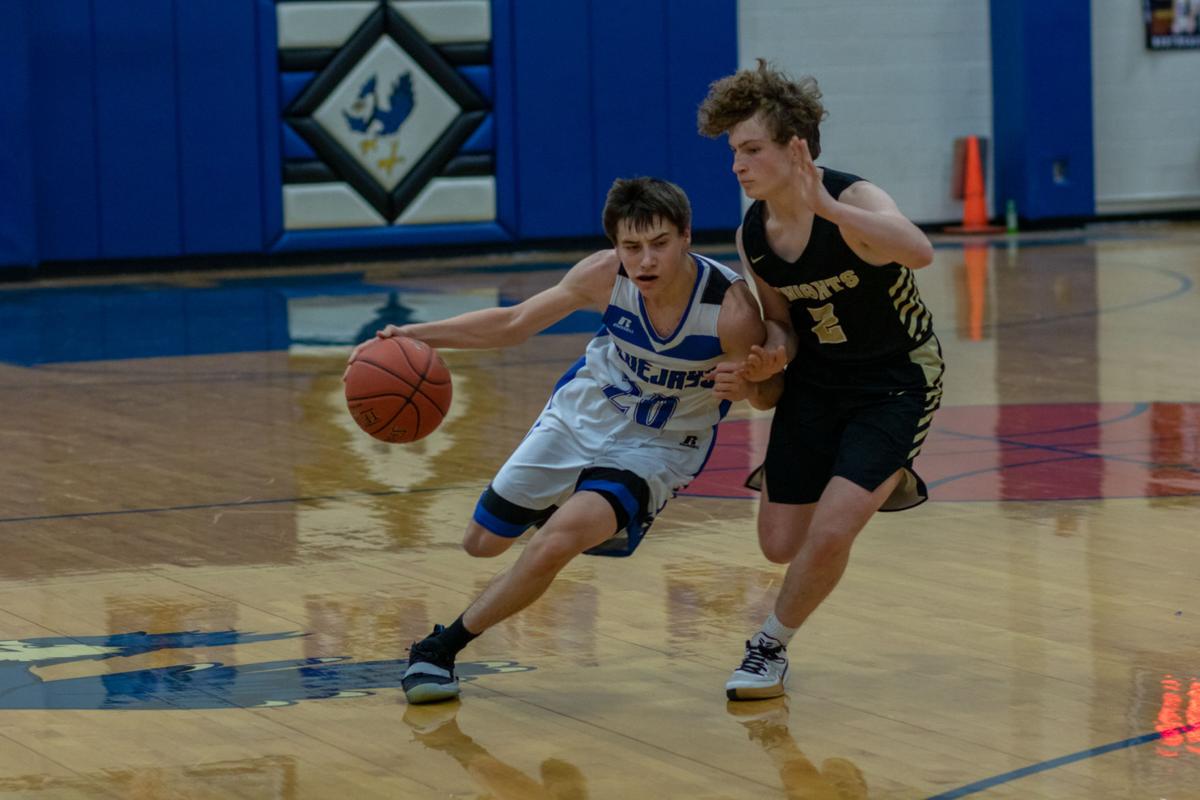 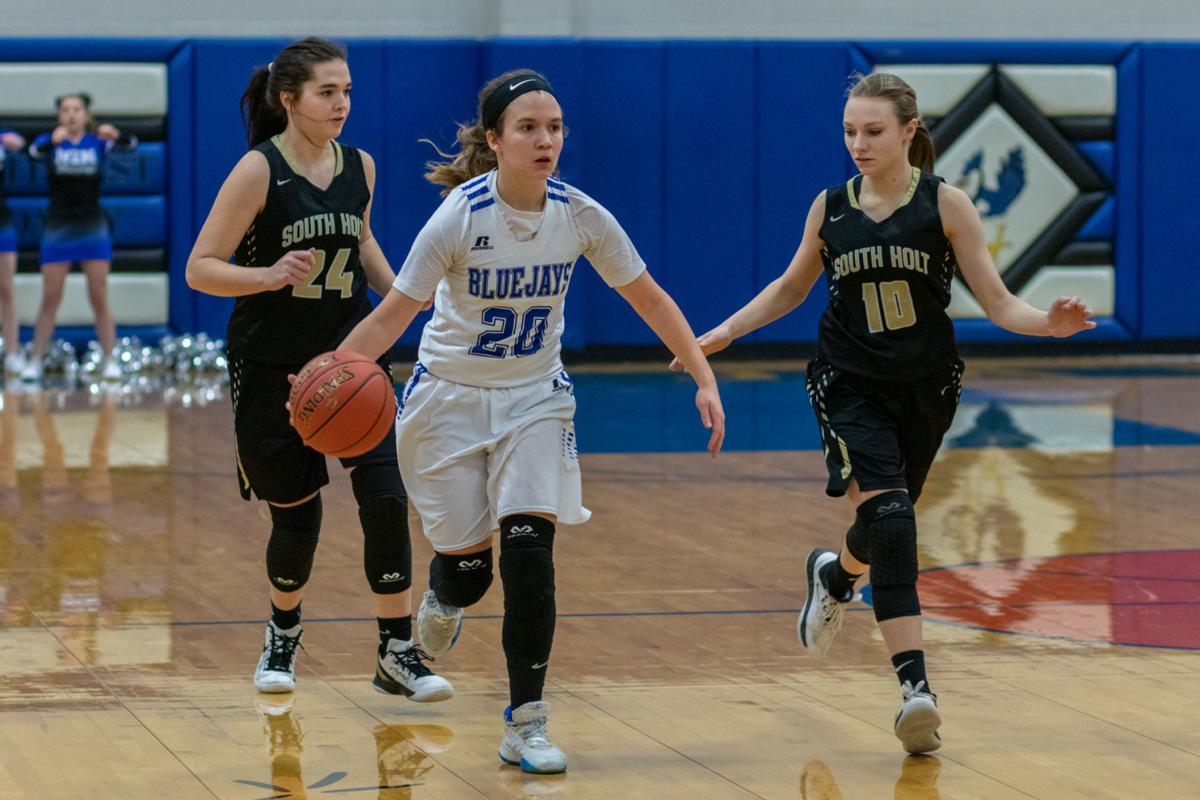 Junior guard Anne Schieber dribbles down the court after breaking the Knights' press in Northeast Nodaway's 49-19 loss to South Holt on homecoming Friday. 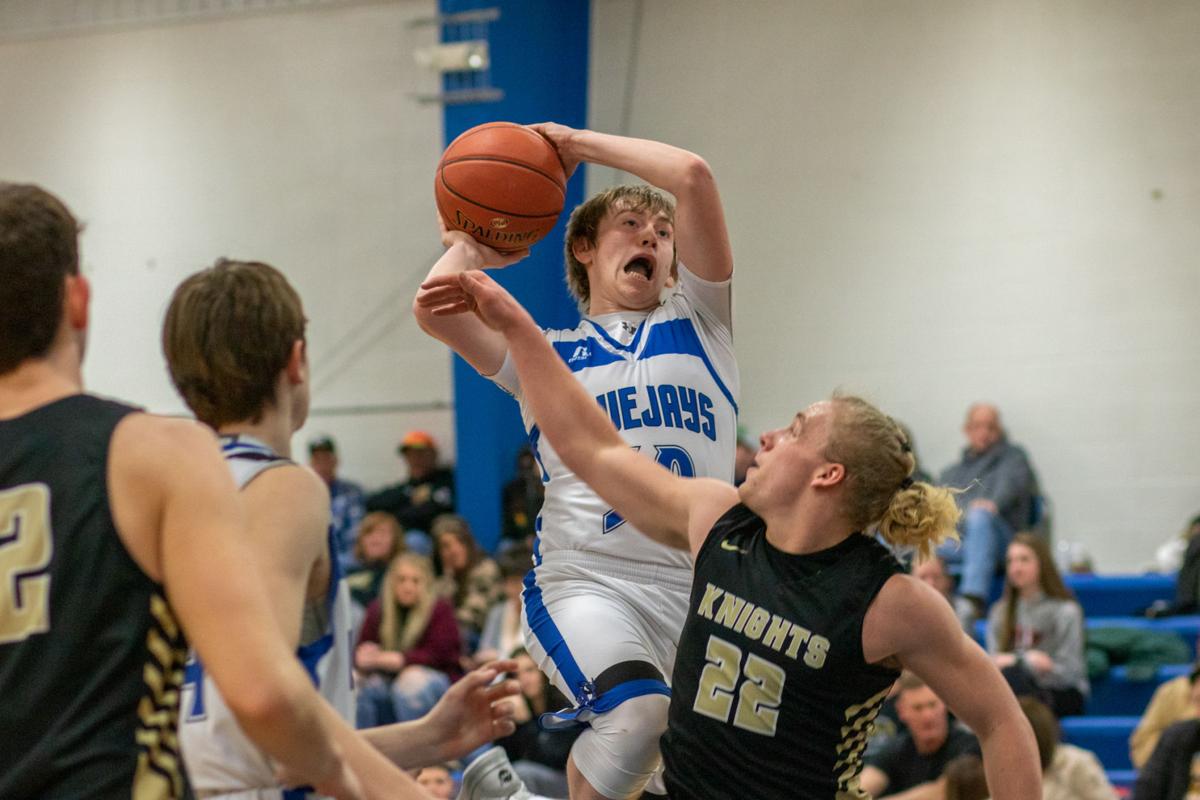 Senior guard Mitchell Sherry goes up for a contested layup in Northeast Nodaway's 40-26 loss to South Holt on homecoming Friday. 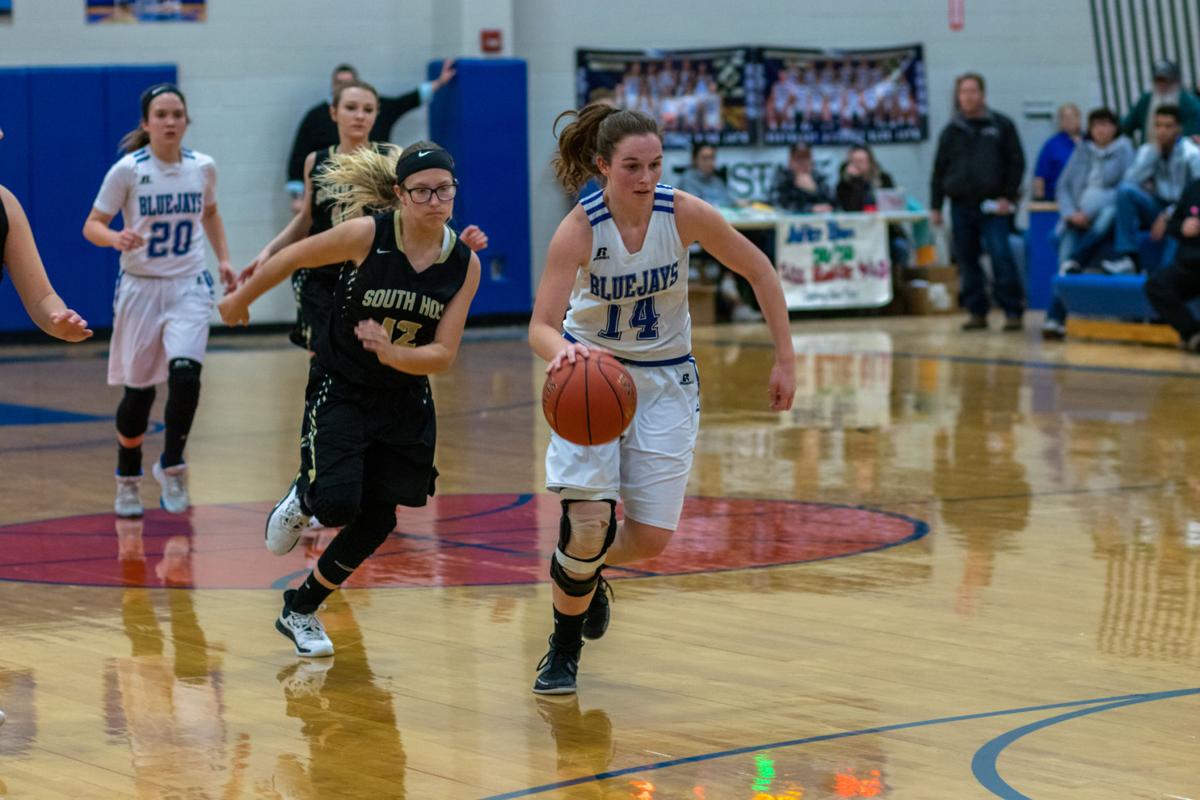 Junior forward Cassy Redden drives to the hoop on a fast break in Northeast Nodaway's 49-19 loss to South Holt on homecoming Friday.

Junior guard Anne Schieber dribbles down the court after breaking the Knights' press in Northeast Nodaway's 49-19 loss to South Holt on homecoming Friday.

Senior guard Mitchell Sherry goes up for a contested layup in Northeast Nodaway's 40-26 loss to South Holt on homecoming Friday.

Junior forward Cassy Redden drives to the hoop on a fast break in Northeast Nodaway's 49-19 loss to South Holt on homecoming Friday.

RAVENWOOD, Mo. — The Northeast Nodaway basketball teams dropped a pair of games on homecoming Thursday against South Holt. The girls fell 49-19 and the boys lost 40-26.

“We were basically shooting ourselves in the foot with turnovers,” Stiens said. “They were unforced turnovers. The press was just causing us problems up front and it didn’t need to because when we rotated to our spots we made the passes and got across half court.”

Northeast Nodaway was able to get points on the board late in the first quarter thanks to a three-pointer from junior Anne Schieber.

The junior guard scored all nine of the Northeast Nodaway's first-half points, including two three-pointers. South Holt took a 32-9 advantage into intermission.

“We were just getting outplayed,” Stiens said. “We needed to come out with a lot more effort.”

Fortunes didn’t change for the Bluejays in the third period, as the home squad was held scoreless.

South Holt continued to pour it on, tallying 10 more points in the quarter and pushing the lead to 42-9 going into the final frame.

Northeast Nodaway did outscored the Knights in the fourth quarter. Schieber hit two more three-pointers to push her point total to 15 for the game. All of the junior’s points came on three-point buckets.

“Defensively, (South Holt) is a good scoring team, and I think in our half-court defense we did alright in that,” Stiens said. “They scored a lot in the first half just on turnovers but once we were able to get back on defense, we made them take some shots.”

For the boys team, the game was tightly contested early with defense being the main focus. The Bluejays pushed off to an 8-6 lead by the end of the first quarter thanks to a buzzer-beater.

The back-and-forth fight continued, as the two teams found themselves tied with seconds remaining in the half. South Holt got a three-point shot to fall at the horn, taking a 15-12 halftime lead.

“I thought defensively we did an okay job of moving our feet, keeping them in front, jumping some passing lanes,” boys head coach Rory Jackson said. “In the second half, they made some adjustments and we just overplayed some things and got beat back door a few times.”

Northeast Nodaway started slowly in the second half, allowing the Knights to build a 21-14 lead with just under four minutes remaining in the third.

The teams each added four points to their scores, as South Holt carried a 25-18 advantage into the fourth.

“We went cold,” Jackson said. “It’s not like it was a high-scoring game in the first half but we missed a lot of easy shots I thought, then we didn’t execute offensively as we should have.”

Northeast Nodaway tried to claw its way back into the game but foul trouble and the Knights’ ability to hit free throws down the stretch hindered its ability to do so.

South Holt made 11 of 17 free throw attempts in the final quarter to put the Jays away. The Bluejays didn’t score more than eight points in a quarter.

“I’m proud they didn’t quit,” Jackson said. “But just like anything, you’ve got to learn from your mistakes and you’ve got to get better.”

With the losses, the girls team fell to 4-15 on the season, while the boys dropped to 8-12. The Bluejays will be back home Monday for their final home game of the season against Nodaway-Holt. Tip for the girls contest will be at 6 p.m. The boys will follow at 7:15 p.m.