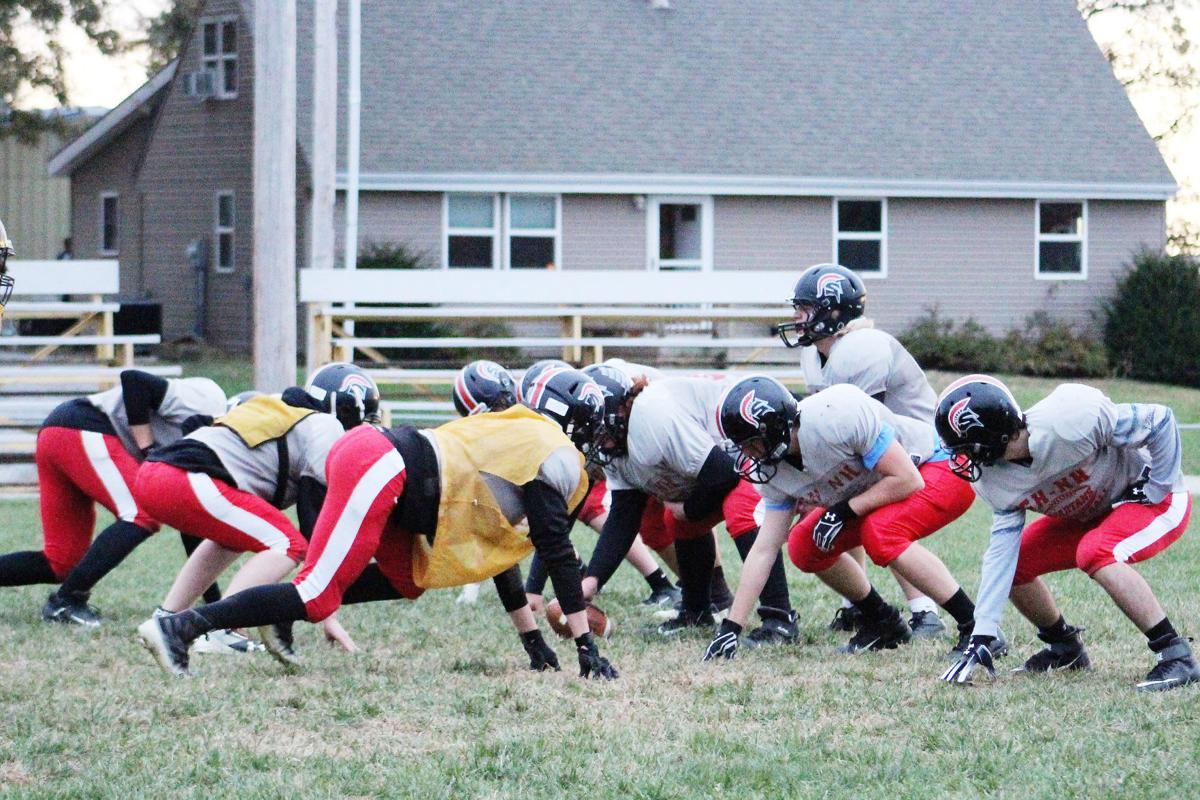 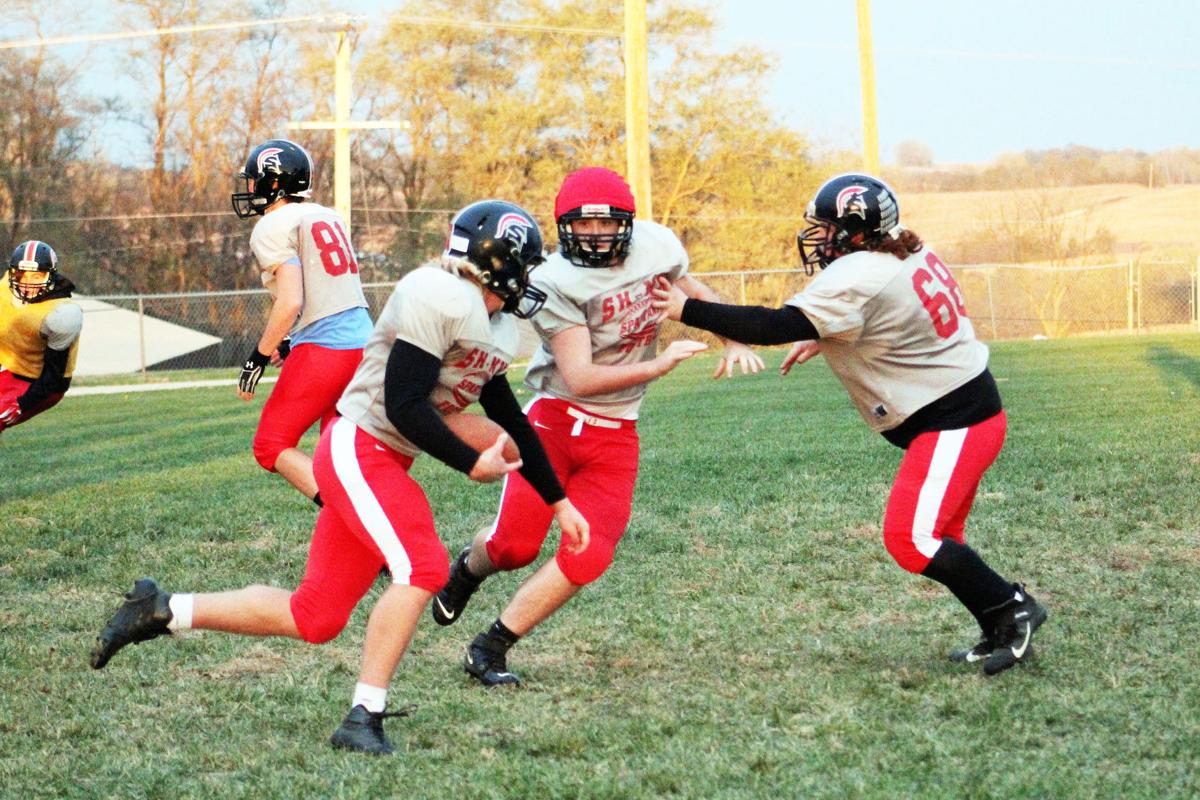 OREGON, Mo. – The memory of East Atchison’s 62-27 drumming of South Holt/Nodaway-Holt has not been forgotten by the Spartans. Head coach Josh Petersen and his players have won six of seven since their Sept. 13 loss to the Wolves, and Petersen believes he’s bringing a different team to Tarkio.

“Yeah we’ve made some changes as far as personnel groups, being able to run defense in three or four different ways and being able to make adjustments,” Petersen said. “I think going up there a little overconfident in the game.”

Since taking over the play calling duties on defense, Petersen and his defense have allowed more than 40 points just once since the East Atchison loss. The schedule has lightened up over that time, but the 25 points per game over that stretch on a defense with one senior is a welcomed change among the Spartans.

South Holt/Nodaway-Holt held the Wolves in check for three of four quarters in their first meeting. The problem for the Spartans was the first quarter in which they allowed 30 points. Quarterback Drew Quinlin says that the team has to be confident going into the matchup.

“Seeing that game again kind of relit the fire to not let the scoreboard beat us and not let the mindset that they’re better than us get to us,” Quinlin said.

Quinlin had some success against the East Atchison defense, completing 10-of-17 passes for 121 yards and two touchdowns. The Wolves found success in slowing the running game of the Spartans. Quinlin rushed for 73 yards, but that came on 17 carries. Running back Houston Coleman was also held in check, carrying the ball 13 times for 33 yards.

“We mainly went back and looked at what we run and how we ran it and looked at miscues and mistakes that we made against them,” Petersen said. “Just trying to get things broken down both defensively and offensively and get those things fixed. So our game plan is not going to change a whole lot from week three when we played them.”

A point of emphasis this week for the Spartans is not allowing tight end Ian Hedlund to beat them like he did in week three. Hedlund had eight receptions for 179 yards and five touchdowns. The rest of the East Atchison team combined for seven receptions and 83 yards.

Senior quarterback Jake McEnaney can cause the Spartans a lot of problems, both through the air and on the ground. McEnaney has 1,485 yards passing and 24 touchdowns this season. The East Atchison quarterback has also carried the ball 107 times for 667 yards and 18 touchdowns.

“We basically have to stop the Hedlund kid who had five touchdowns against us, which to me was the difference in the game so we have to know where he is on the field,” Petersen said. “I thought we did a pretty good job of stopping the rush with the Bywater kid, but if McEnaney gets loose he’s pretty dangerous in the open field. So we’ll have to key on him and make sure we know where the Hedlund kid is at.”

Bywater comes into the second round of districts with 843 rushing yards and 12 touchdowns. Hedlund leads the team with 26 receptions, while sophomore Kaylin Merriweather comes in second with 22 receptions. The Wolves passing attack spreads the ball around with three players having at least 20 receptions and Bywater with 17.

The East Atchison defense has been mostly dominant this season. The Wolves allowed 50 points in their win over Mound City and the 27 allowed to the Spartans was the second most they’ve allowed this season. In their last three wins, East Atchison allowed a total of 12 points.

Quinlin will have to continue to run the ball well if the Spartans hope to take down the state’s number one team. The junior quarterback has rushed for 1,144 yards this season and 27 touchdowns. The Wolves’ defense held Quinlin to three yards below is season average per attempt.

South Holt/Nodaway-Holt will also lean on Coleman who has been featured more as the season has progressed. Coleman is second on the team with 566 yards and 13 touchdowns.

The Spartans’ passing attack isn’t what it was a season ago, but Quinlin still totaled 1,254 yards and 22 touchdowns through 10 games. Wide receiver Dylan Schuetz has been his top target, catching 31 balls for 535 yards and 13 touchdowns.

“Our receivers that we lost last year made a huge impact, but we’re able to run the ball more this year which allows us to control the clock,” Petersen said. “Defensively I think we’re a lot more aggressive than we have been in the past.”

Friday’s matchup in Tarkio will feature two teams who are a combined 13-1 over the last seven weeks. Quinlin knows it will be a tough task going into Tarkio and that a strong week of practice is a must.

“Everyone has to be excited for the game, because if you have just a routine practice, it’s easy for people to get distracted and so you have to change things up and get people focused in,” Quinlin said.

For the junior quarterback, there is no fear in taking on the undefeated Wolves.

“What’s the point in playing if you’re not confident you can win,” Quinlin said.