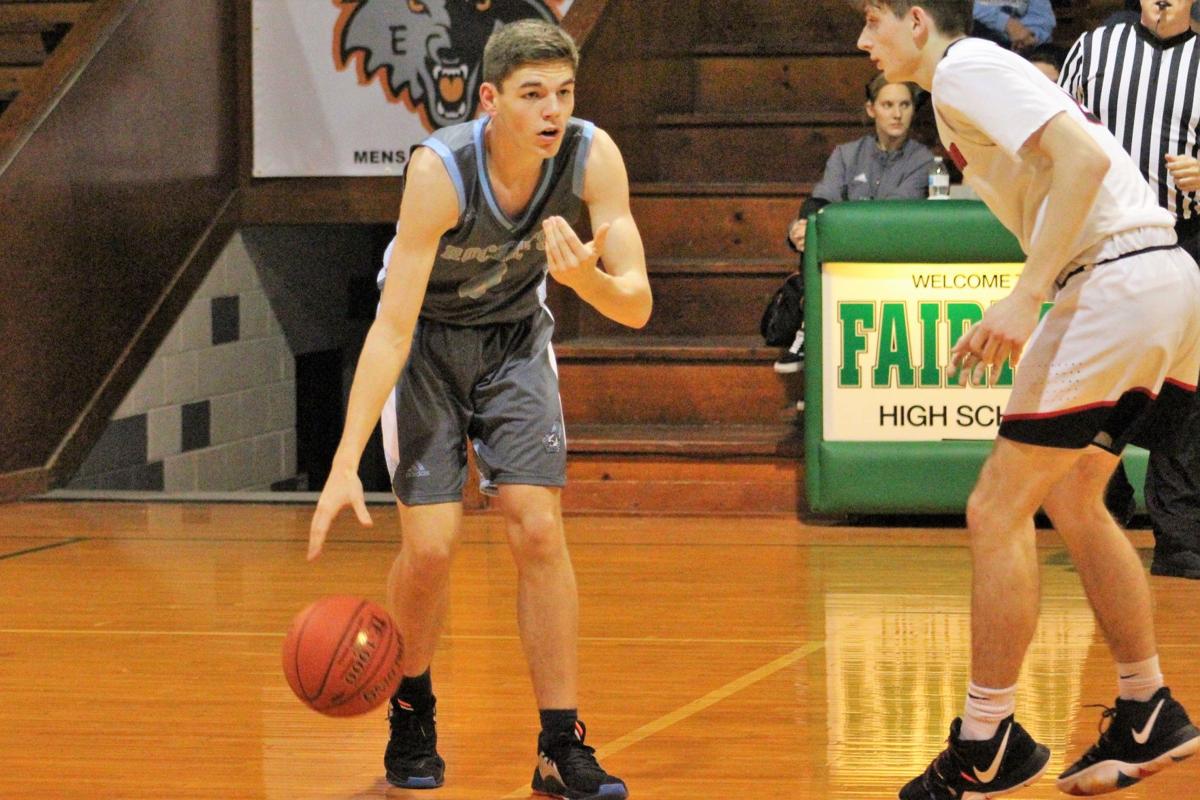 West Nodaway's Tyler Blay calls out a play in West Nodaway’s 51-45 loss to St. Joe Christian Tuesday in the opening round of the Fairfax Tournament. 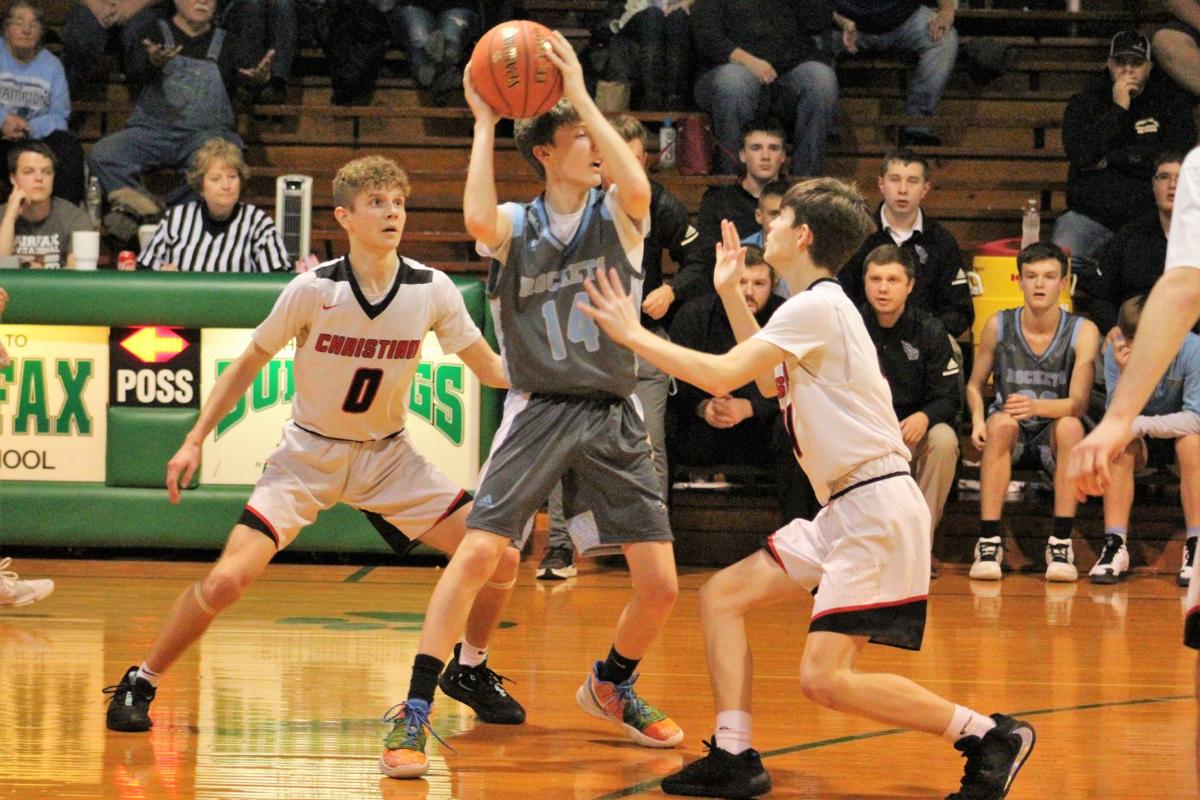 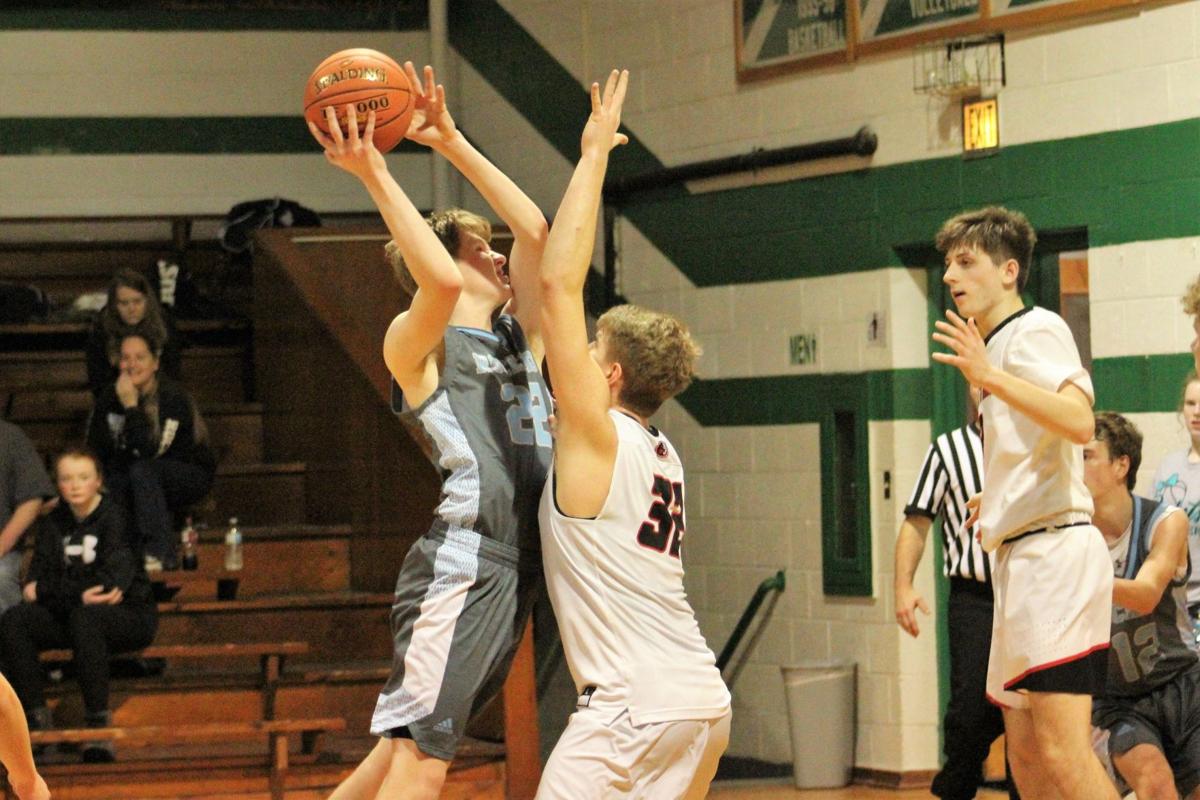 West Nodaway's Grant Adkins goes up for a shot.

West Nodaway's Tyler Blay calls out a play in West Nodaway’s 51-45 loss to St. Joe Christian Tuesday in the opening round of the Fairfax Tournament.

West Nodaway's Grant Adkins goes up for a shot.

FAIRFAX, Mo. - The West Nodaway boys basketball team lost to St. Joseph Christian by 29 on Jan. 2 in the first matchup of the season between the two teams. On Tuesday night, the Rockets gave the Lions all they could handle before losing 51-45 in the opening round of the Fairfax Tournament.

“We were kind of controlling the tempo in the first half, then in the second half they got the tempo and pace back on their side and that kind of sealed the deal for them,” Rockets coach Brandon Phipps said.

The Lions took an early 7-2 lead less than two minutes into the game. West Nodaway quickly erased that lead with a 5-0 run. Tyler Blay led the Rockets with nine points in the opening quarter, including a two-point field goal that cut the St. Joseph Christian lead to one at 16-15 at the end of the quarter.

“Defense led the offense, you know offense has kind of been our thing all year,” Phipps said.

St. Joseph Christian had the game’s biggest run midway through the third quarter. The Lions trailed 34-29 before scoring 11-straight to take their final lead of the game. Dawson Fast ended the Lions’ run with a two-point field goal with under a minute left in the quarter.

“They went on a run, then we went down and took a couple of quick shots that weren’t the shots we were looking for and that led to a layup the other way,” Phipps said.

After scoring last in the third quarter, Fast opened the fourth quarter with another field goal. The sophomore guard then made one of two free throws to cut the Christian lead to one at 40-39.

Blay led West Nodaway with 15 points, but just three of the 15 came in the second half.

Rohlmeier scored 12 points, while Dawson finished with 10. The loss ended a two-game winning streak for the Rockets.

West Nodaway will be back on the court Thursday night. Phipps believes his team is capable of turning their misfortune around.

“We’ve gone through the gauntlet playing Platte Valley, East Atchison, St. Joe Christian, Mound City and those are four of the best teams in the area,” Phipps said. “I think that our confidence is there, I just think the bottom line is that we have to understand is that those teams that we are playing—those are the teams we want to be like. We want to play those types of teams and we want to beat those types of teams moving forward.”