Free access for current print subscribers
Get Started
You have permission to edit this article.
Edit
Welcome, Guest
1 of 3 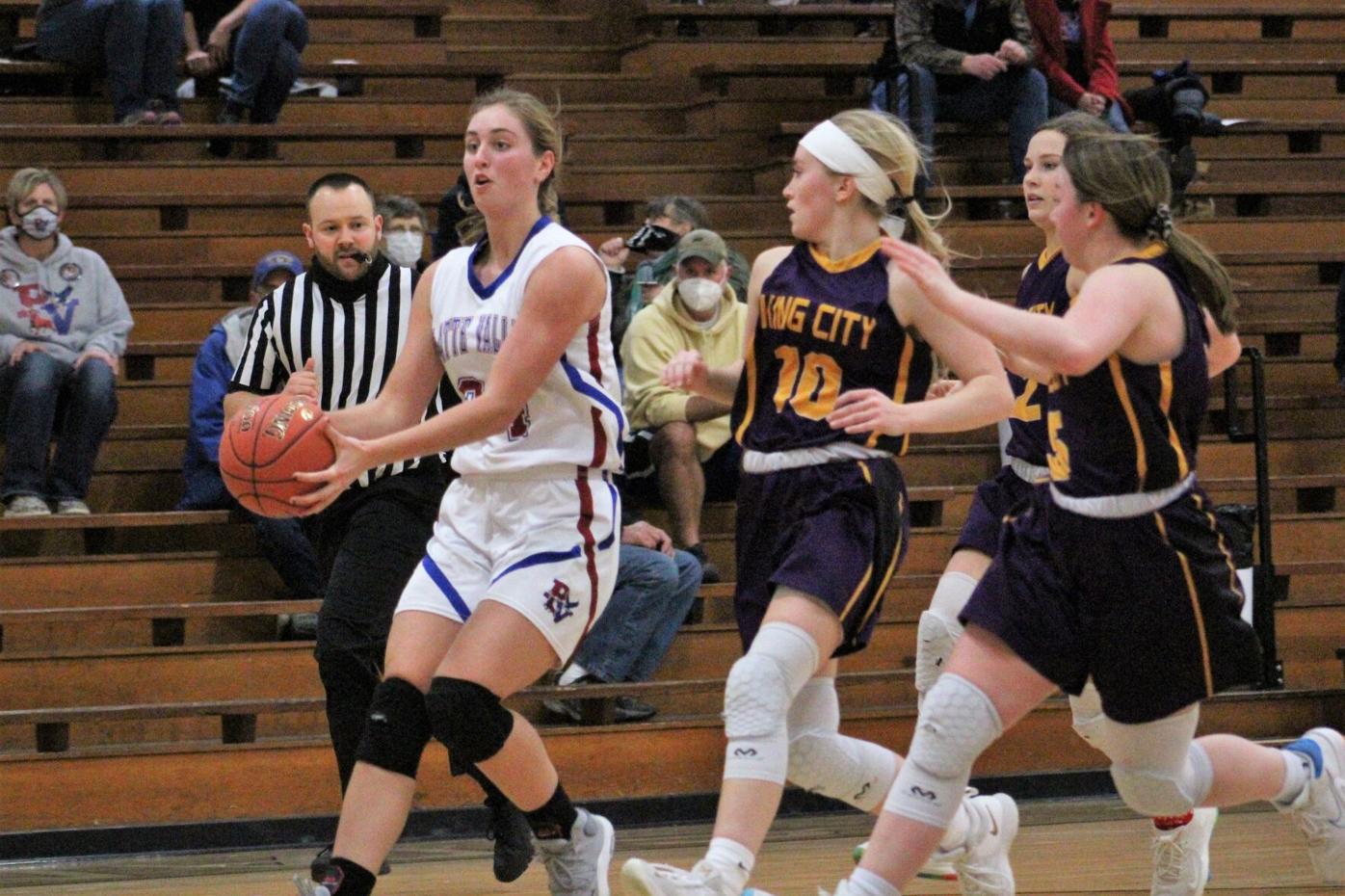 Platte Valley's Maggie Collins drives in for a layup Thursday night in Stanberry. 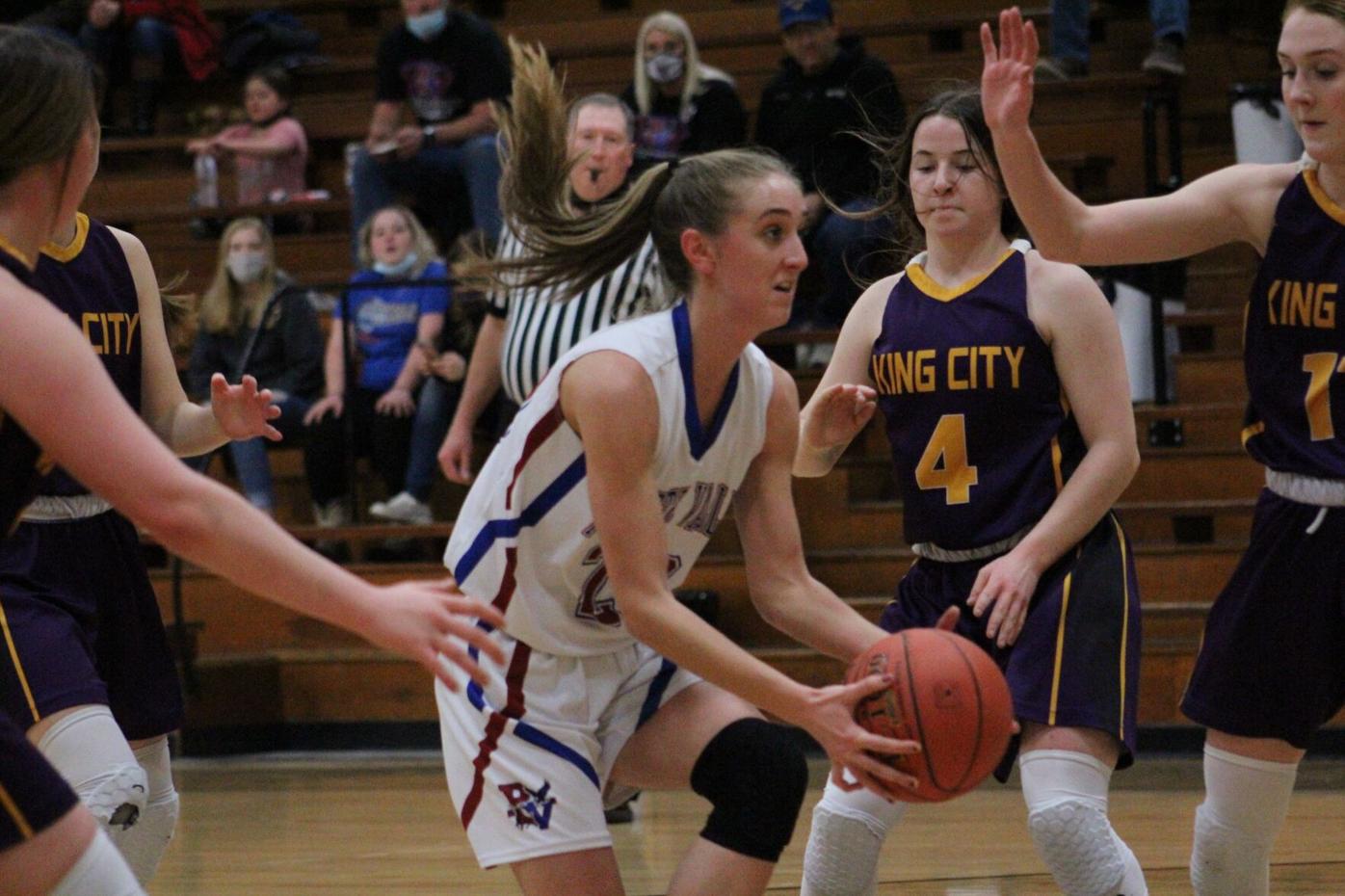 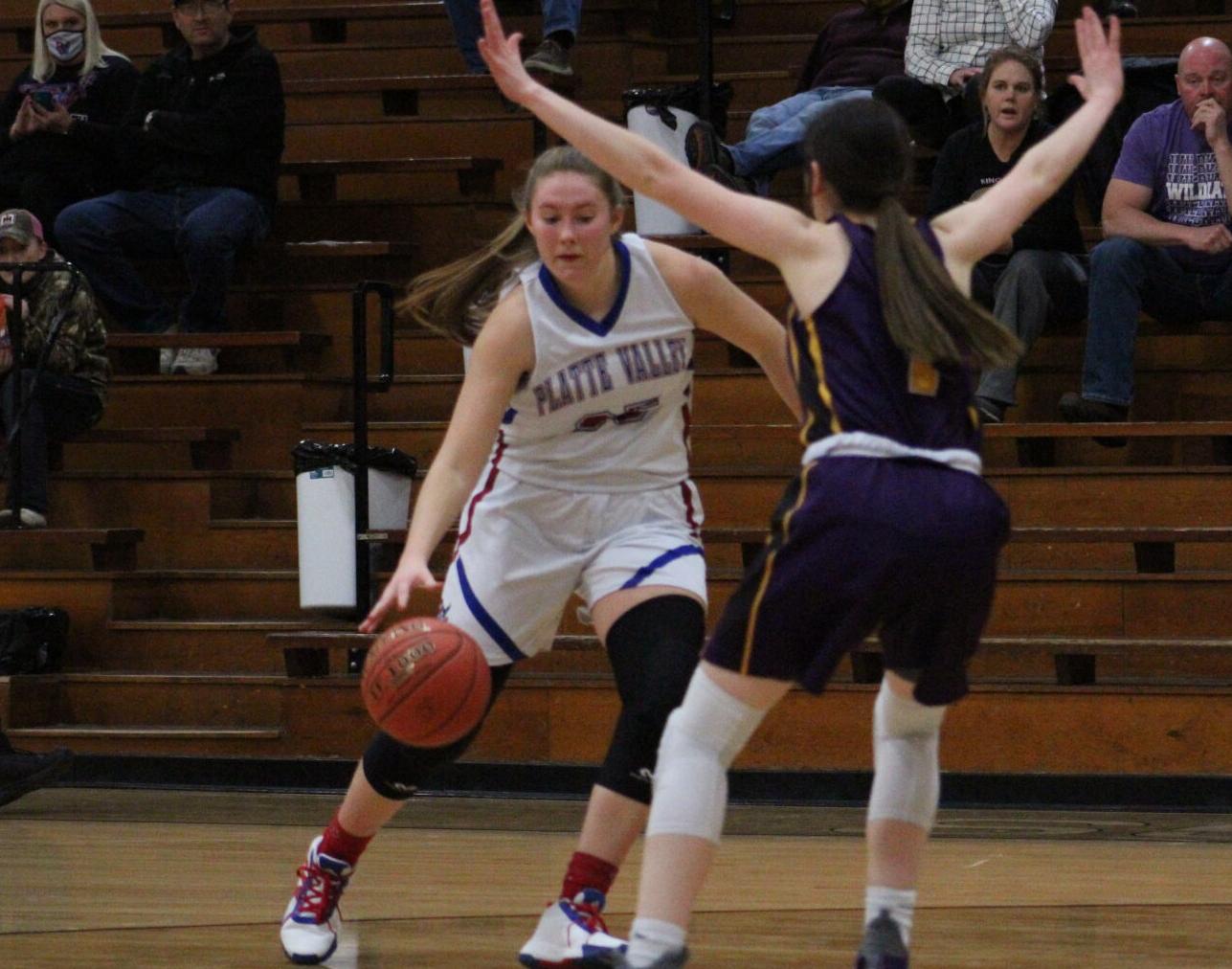 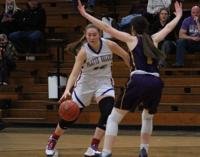 Platte Valley's Jaclyn Pappert dribbles down the court on Thursday night in Stanberry.

Platte Valley's Maggie Collins drives in for a layup Thursday night in Stanberry.

Platte Valley's Jaclyn Pappert dribbles down the court on Thursday night in Stanberry.

STANBERRY, Mo. – Another year, another Stanberry Tournament final for the Platte Valley girls. Platte Valley recovered from a less than stellar first quarter to defeat the King City Wildkats 60-33.

“I think it was a lot of what King City did,” Platte Valley coach Tyler Pedersen said. “We hadn’t seen the approach that they took. They did a good job of protecting the lane and a lot of our shots in the first half were coming off the reversal pass instead of inside out. With that zone, we were making passes that looked like they were there and then they were able to get a hand on it.”

Junior Jaclyn Pappert scored the game’s first basket at the 5:52 mark and six total points in the first quarter.

“We just work together and whenever you shot comes, you just take it,” Pappert said.

Platte Valley took an 11-4 lead into the second quarter that grew quickly with an 8-0 run. Stephanie Turpin and Malia Collins each had a 3-pointer to begin the quarter and Maggie Collins added a layup that put the Wildkats in a 15-point hole.

King City was unable to do much when it came to cutting into the deficit and Brylie Angle was the main cause for that. The freshman guard scored seven second-quarter points and led the team with 10 points in the first half.

“She’s very aggressive offensively and she can score in different ways,” Pedersen said. “She has really good height, so when she gets in the lane, she can finish shots. She’s a really good shooter and she works hard at her game.”

Platte Valley took a 29-10 lead into halftime, but it was the Wildkats who took the early momentum in the third quarter. King City began the half with a 8-2 run that cut the lead to 13.

“Tonight was kind of rough and a bit out of character for us and sometimes you just have to do what you have to do to win,” Malia Collins said.

After a first half led by Pappert and Angle, the second half belonged to the Collins sisters. Maggie Collins led Platte Valley with six third-quarter points that helped the Valley take a 39-22 lead into the fourth quarter.

“I’m obviously excited when anybody on the floor is having success and hitting their stride, but it’s that much more exciting when it’s Maggie just because she’s my sister,” Malia Collins said.

Maggie and Malia Collins combined for 12 points in the fourth quarter, cementing an opportunity to beat the Stanberry Bulldogs in the tournament championship.

“We have to work on not turning it over as much and being more efficient on defense,” Pappert said.

The Bulldogs have had Platte Valley’s number in recent years, but it’s a matchup that Malia Collins looks forward to.

“Platte Valley has made a name for itself after getting to a state championship game,” Malia Collins said. “We’re going to get everybody’s best game, best effort and they’re going to play their absolute hardest. When we get to play teams the caliber of Stanberry and higher it is exciting and definitely good for us.”