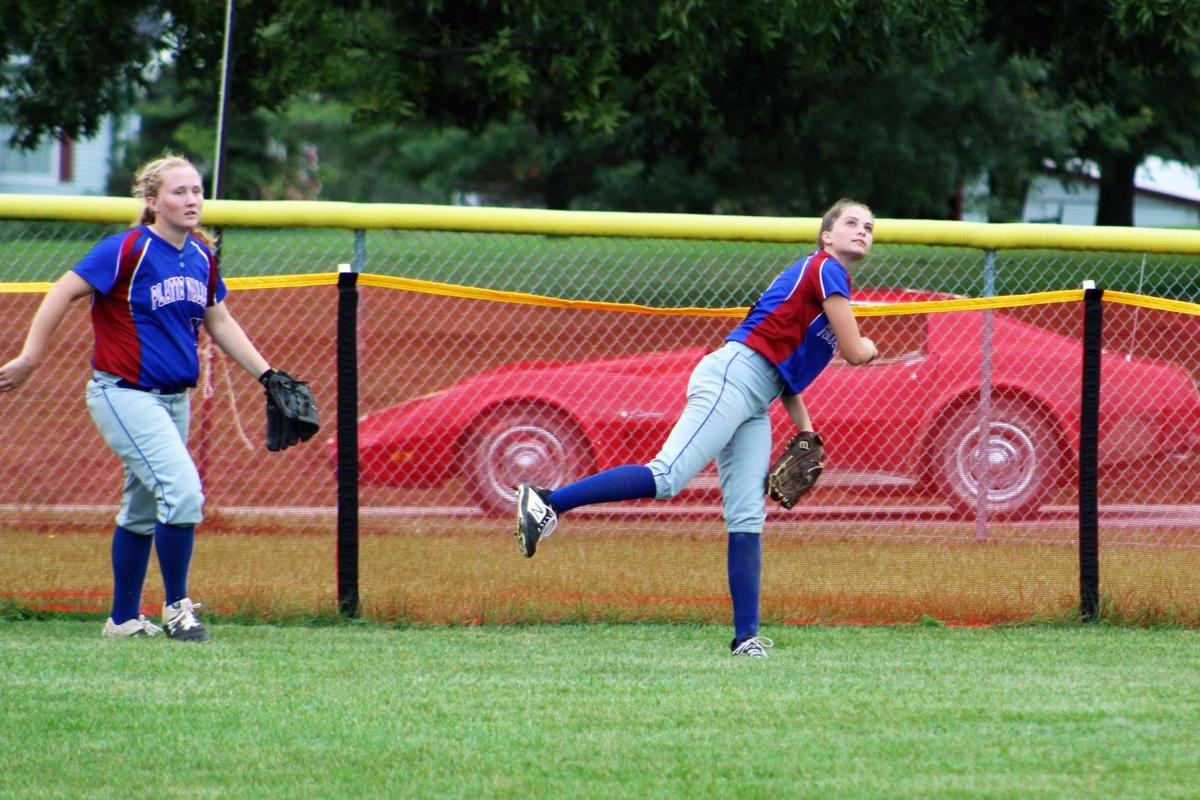 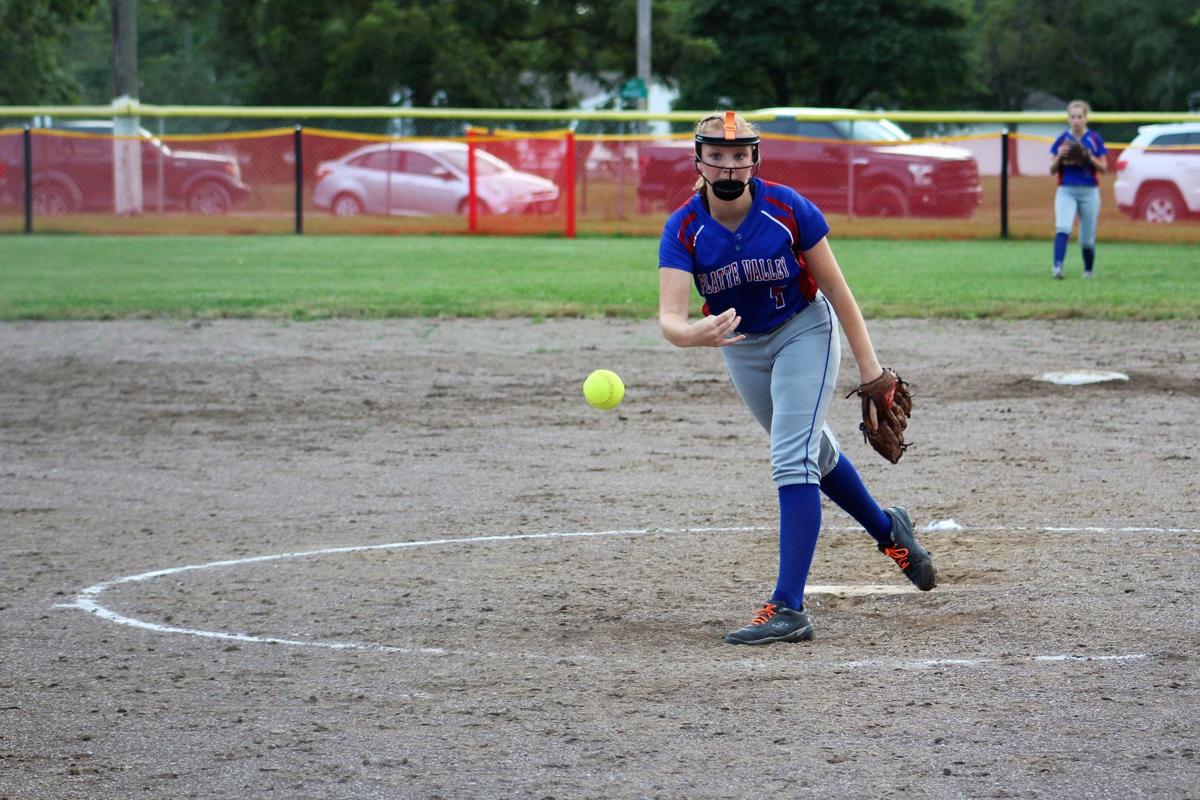 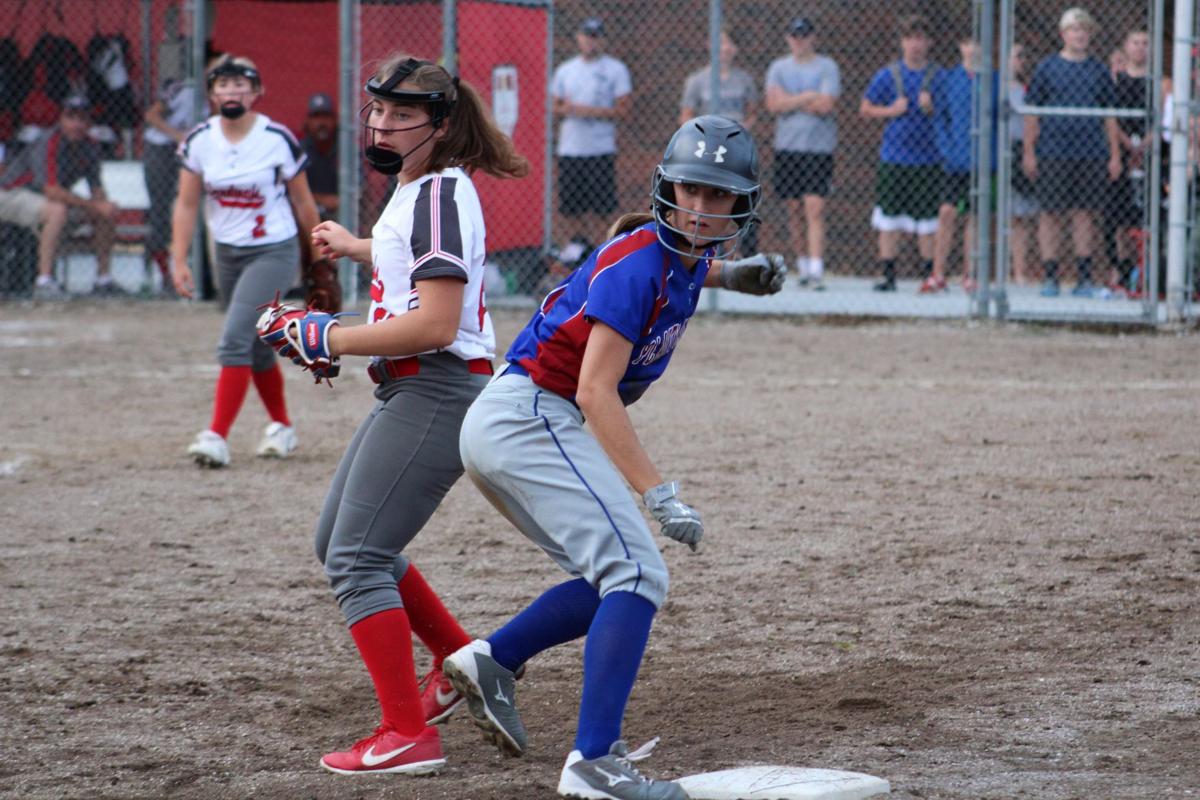 STEWARTSVILLE, Mo. — It wasn’t a losing streak—it was more of a skid according Platte Valley after their 7-1 win over the Stewartsville Cardinals Tuesday evening. Platte Valley had lost two-straight before their win over the Cardinals with their offense being held to six runs in those two games.

“It feels good to get out of that, we weren’t quite on a losing streak yet, but it feels really good to get a win after a rough week,” Shortstop Malia Collins said. “Yeah, it was a skid, I’ll go with that.”

The Valley had lost three of four coming into their game against Stewartsville, but allowed just under three runs per game during that stretch. Head coach Shelly Deen was pleased to see that continue with Jessica Miller’s start against the Cardinals.

“I thought she did a great job, you know they battled and got a couple of hard hits off of her but we always tell her that she has to has a defense behind her,” Deen said. “I’d much rather have her hit it than walk and we’ll play behind her when we need to.”

The offense looked similar to that of the offense of the previous two games through the first two innings. Stewartsville starter Reagan Robsinon struck out Collins to begin the game before walking Kaylin LaMaster.

LaMaster stole second before reaching third base on a passed ball. Robinson forced a pop up to second base and then ended the top of the first by striking out Miller.

Miller got off to a quick start on the mound, striking out four batters in the first two innings. The Cardinals had one hit in each inning, but Stewartsville was unable to capitalize.

“Adam is always preaching the off-speed stuff, you always need something to mix the batters up a little bit,” Miller said. “That was a little rough in the beginning, so we had to move to some other stuff.”

The Platte Valley offense came to life in the top of the third, starting with Stephanie Turpin’s leadoff double. Collins matched Turpin’s double with one of her own to give Platte Valley a 1-0 lead. LaMaster then reached for the second time in the game with a bunt single.

“We finally got a little spark in that inning that we bunted,” Collins said. “We finally got some people on base, brought them around and that kind of kick-started it all.”

Miller helped herself with a two-run single, scoring Collins and LaMaster.

“First time through the lineup you can’t expect to be perfect,” Miller said. “Once you’ve seen a pitcher, your second time up to bat you kind of know what she’s going to throw and be ready for it.”

The Cardinals took a page our of Platte Valley’s book in the bottom of the third with a bunt single from leadoff hitter Jordyn Haskell. Stewartsville tried their luck with the second batter, but the Platte Valley defense was able to throw out Haskell.

Miller then walked Robinson to give the Cardinals runners on first and second. Hannah Cochran drove in Stewartsville’s lone run with a single to center field. Chesney Ishmael’s groundball led to Robinson’s pinch runner being tagged out by Collins. Miller retired the final batter by forcing a groundball keep the score 3-1.

The Platte Valley offense scored their fourth run of the contest in the top of the fourth. Collins led off the inning by reaching second on a fielding error by the Cardinals Jacquelyn Bryant. The Valley’s shortstop reached third with her first of three stolen bases.

LaMaster drove in her Collins with a sacrifice bunt. Miller drew a walk that was followed by a single from first baseman Sydnee Deen. The Cardinals ended the top half of the inning by tagging out Miller’s pinch runner trying to score on a passed ball.

Platte Valley extended their lead to six in the top of the seventh with RBIs from Sydnee Deen and Miller. Collins’ baserunning helped lead to those runs by stealing second and third. Coach Deen liked the aggressiveness she saw from her team on the base paths.

“I still think that was our weakness last year and I told them that we have to learn to run bases and I thought they did great tonight,” Coach Deen said. “Yeah, we got thrown out at home plate, but I’d take it over again—I’d do it again.”

Miller led the Valley with three RBI while going two-for-three with a walk. Platte Valley’s starter pitched seven innings, allowing one run and striking out six.

“You just get that one insurance, that one or two runs and it takes the pressure off the pitcher and so getting those runs has really helped us and helped her to come back and play like we can,” Coach Deen said.

Platte Valley’s win completes a sweep of the Cardinals this season after defeating them 5-0 on Sept. 5. Coach Deen’s team will get a day off before hosting rival Northeast Nodaway on Thursday for their second matchup in just over two weeks. Platte Valley defeated the Bluejays 12-0 in their previous meeting.

“We’ve got to learn to focus and come with that intensity and I think that last week we were in just a bit of a lull,” Coach Deen said. “It was like we’ve got to find a way to bounce back, so we did a lot of talk, a lot of soul searching to find a way and they did a great job of that tonight.”