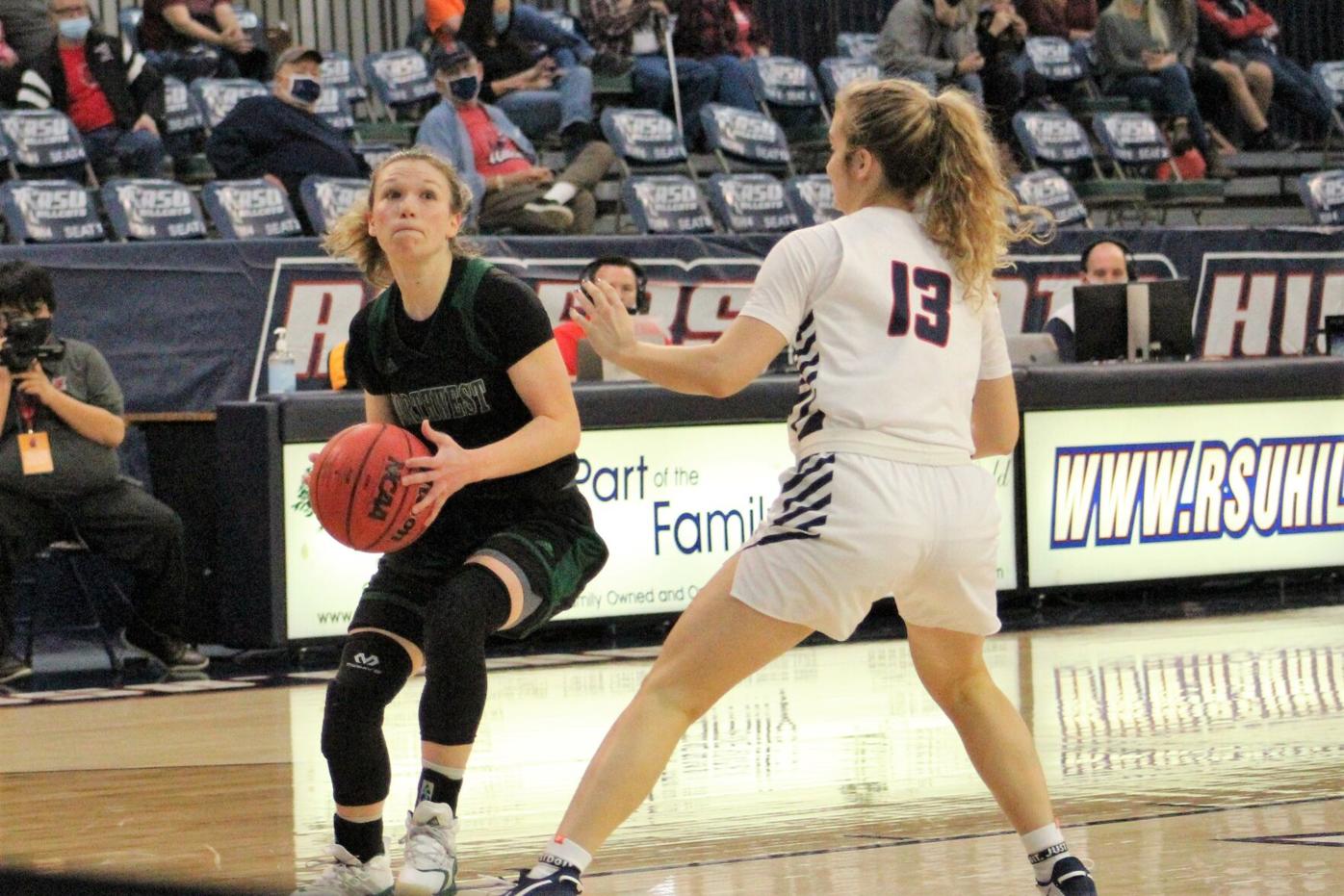 Northwest's Jaelyn Haggard drives in for a layup Saturday afternoon against Rogers State. 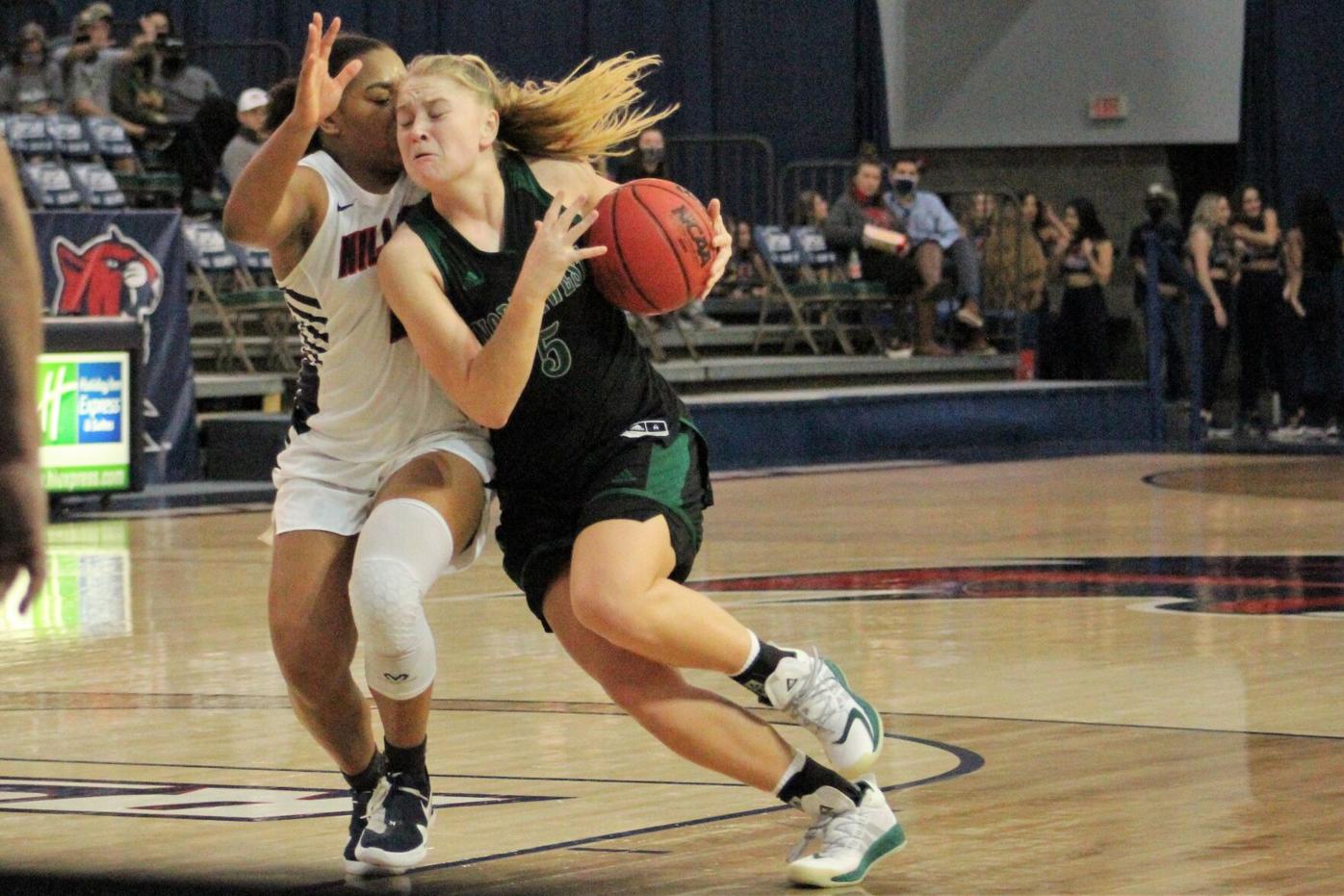 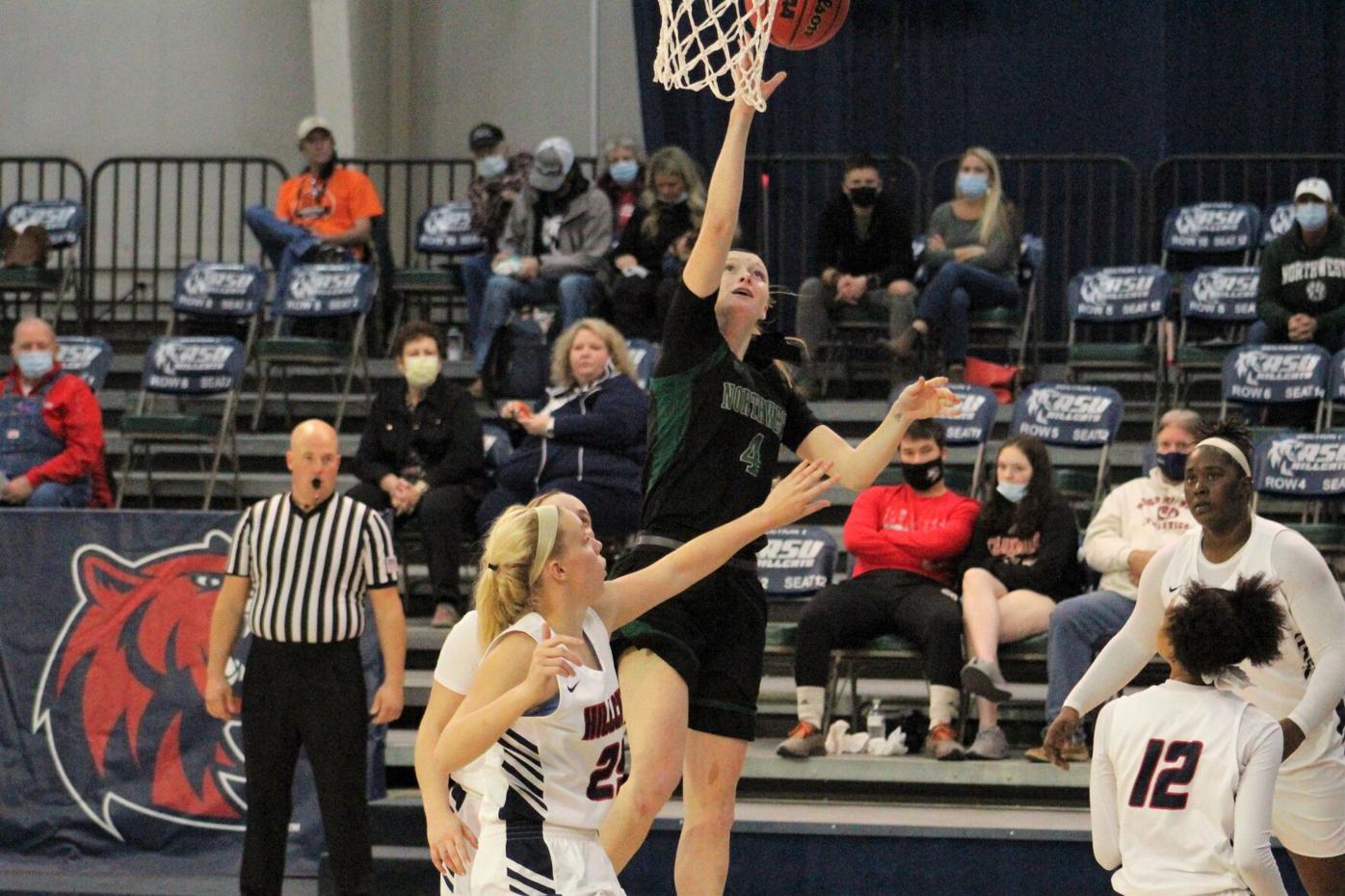 Northwest's Kylie Coleman goes up for a layup Saturday afternoon against Rogers State.

Northwest's Jaelyn Haggard drives in for a layup Saturday afternoon against Rogers State.

Northwest's Kylie Coleman goes up for a layup Saturday afternoon against Rogers State.

CLAREMORE, Okla. – The Bearcats wouldn’t call it a must-win game, but Northwest felt they needed to bounce back from a season-opening loss to Northeastern State on Thursday.

“I think my team did a great job of helping me get shots,” Haggard said. “The coaches did a good job of boosting me up, and we were pretty hyped up before the game. I had a lot of confidence going into this one, and they helped me get open, and I did my best to knock them down.”

The Hillcats jumped out to a 4-0 lead to begin the game, using their size advantage with center Maya Buckhanon. Haggard made her first three of the game to cut the lead to one, then tied the game at six after a basket from Rogers State’s Samariah Thompson.

Haggard’s third three of the first quarter came at the 7:13 mark, giving Northwest its first lead of the game. The two teams then went on a two-minute scoring drought that before Ellie Horn scored three-straight to make it 12-6 Bearcats with 4:42 left in the first quarter.

Northwest had a strong lead for much of the second quarter and led 27-19 with 3:47 left in the half. But the Bearcats only mustered three points over the final four minutes and allowed the Hillcats to end the half on an 11-4 run.

“I just make the most of it,” Hartnett said. “My teammates put me in good spots and I help find them. We all just work together and have each other’s backs.”

The back-and-forth third quarter continued with a 6-0 run by Rogers State. The Bearcats held on for a 47-45 lead at the end of the third quarter.

Kylie Coleman began the fourth quarter with a jumper to extend the lead to four, but it was Haggard’s two three-pointers in the first three minutes of the quarter that helped the Bearcats pull away from the Hillcats.

Northwest led by as many as 11 over the final six minutes of the game. Rogers State cut the lead to five with four minutes to go, but were never able to cut it any closer.

“We were really struggling with rebounding, they were getting a lot of offensive boards and fouls weren’t going in our direction,” Haggard said. “But at halftime we kind of recollected ourselves, flushed the first half and knew that we had to attack the second half, knowing that if we let the first half get to us, there’s a chance we lose that one.”

Haggard’s 28 points not only led the team Saturday, but it also helped the senior as she surpassed the 1,000-point mark for her career.

“It was an exciting relief,” Haggard said. “You never really aim for that goal until it creeps up on you, so once I heard it was close, I just did my best to play basketball without letting it get to me.

“Once I finally got it, it was exciting to just know I did it with the help of my amazing teammates who encourage me to shoot it every day, and to top it off with a win was even better.”

The Bearcats will have some time off before their first home game of the season against Central Missouri. The Jennies have yet to play this season, but will play two games over the next seven days before traveling to Maryville on Dec. 3.

“At this point we focus on trying to get better every day and just compete,” Meyer said. “I thought we did a great job of carrying over the adjustments we talked about after Thursday night’s game. We did a really good job offensively, we just turned it over too much. I thought we did some things to clean that up a little bit.”