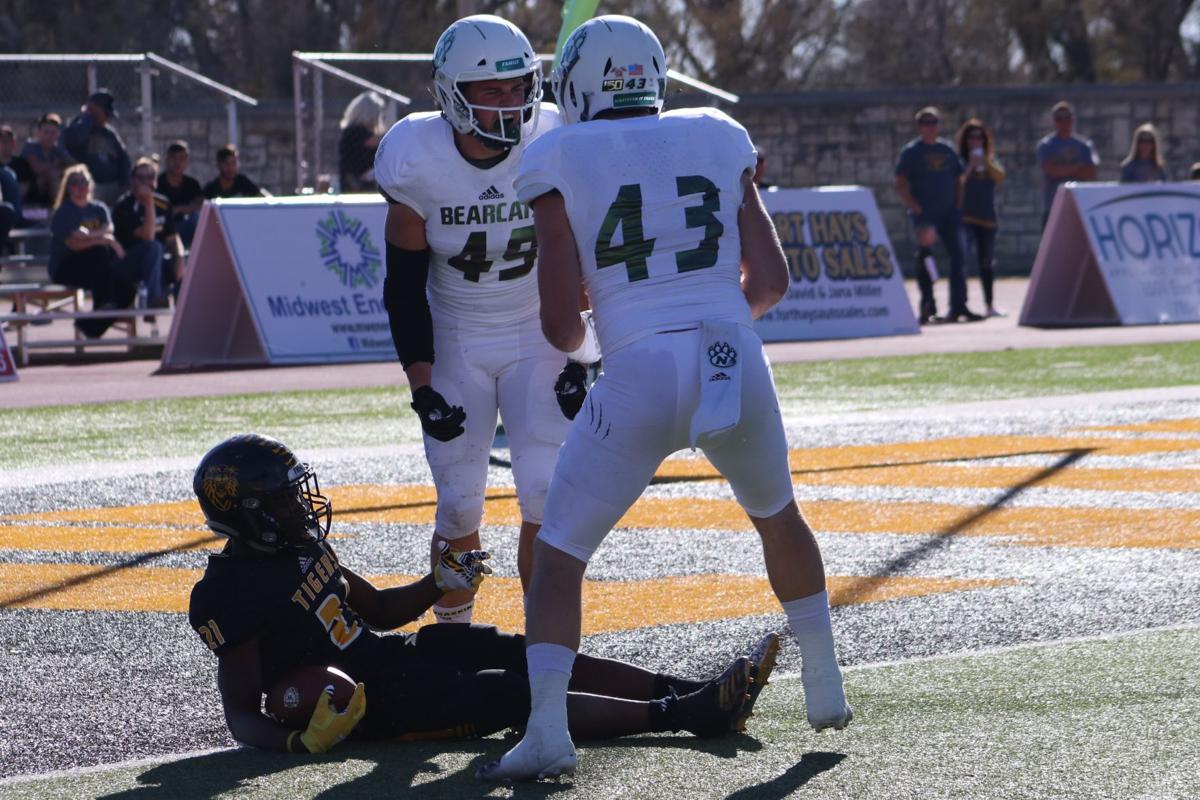 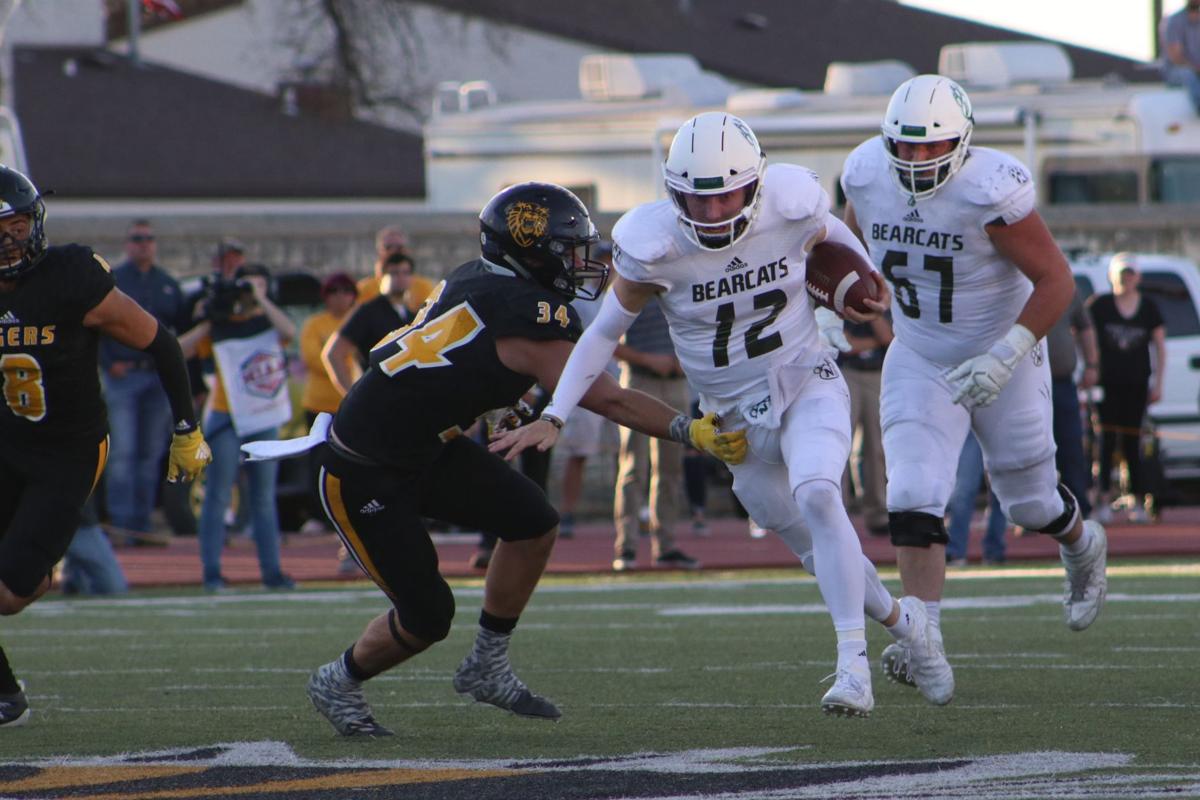 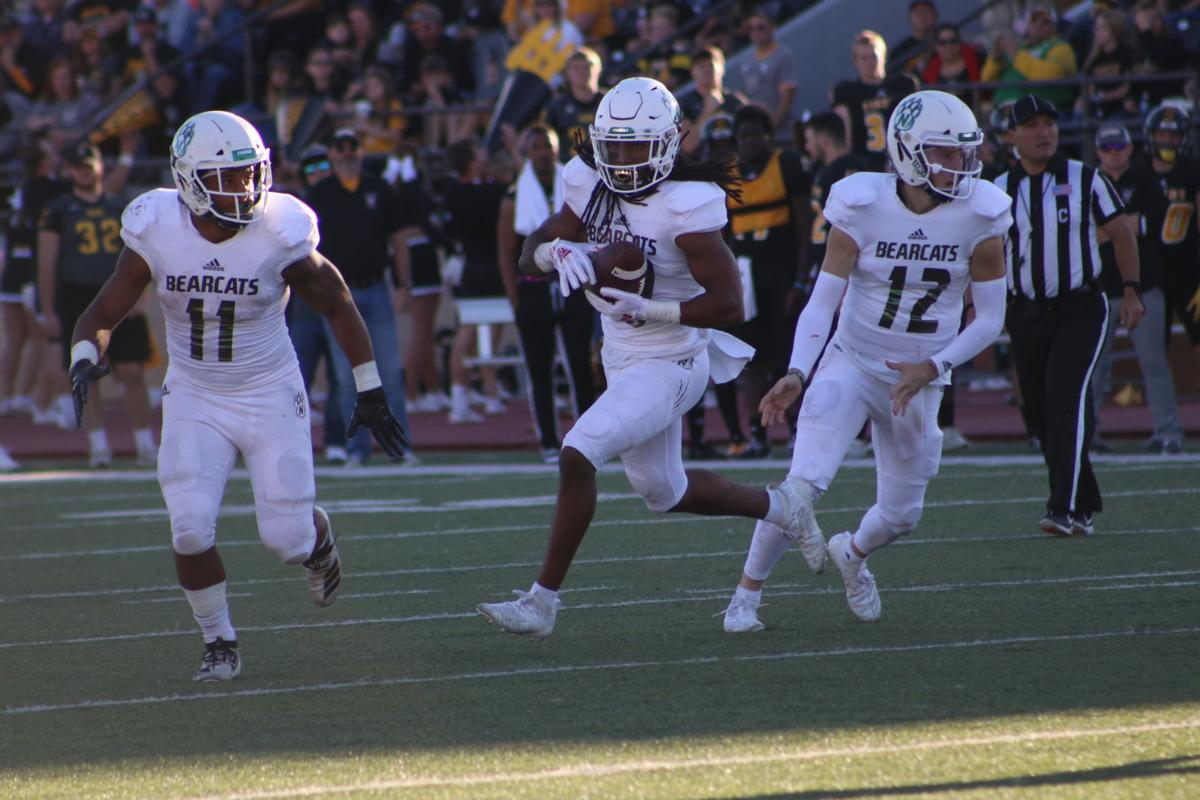 HAYS, Kan. — As junior kicker Parker Sampson trotted onto the artificial turf at Lewis Field Stadium in front of a crowd of 6,137 fans with a tied score in the second overtime and a chance to win the game, the Northwest Missouri State University football team had nothing but confidence in its kicker.

Sampson took his steps as he lined up on the left hash, 38-yards away from the goal post, as the Bearcats’ hopes of postseason play rested on the junior’s right foot.

“Right as I hit it I think I knew it was good,” Sampson said. “ … It was a whirlwind of emotions. I didn’t know what else to think. I just started running. Just to stay alive in the playoffs — this was a big game — to keep moving forward means a lot.”

The Bearcats (9-1, 9-1 MIAA) were able to sneak out of Hays, Kansas, with their first victory against Fort Hays in three years as Sampson was able to lift Northwest to a 36-33 double-overtime win Saturday in enemy territory.

“You try and get people prepared for the moment,” coach Rich Wright said. “He just relaxed and after the timeout, I just looked at him and winked and said ‘Go get this,’ and he did.”

This wasn’t the first time Northwest was able to rely on Sampson. In the last game the Cats played in the state of Kansas, the Kansas City, Missouri, native accounted for 12 points in an 11 point victory at Emporia State Oct. 5.

In the beginning, it didn’t appear as Sampson’s leg would play as large of a part as it did as Northwest fell down 17-0 early after the Bearcats’ offense sputtered in the early going punting on three of its first four drives and fumbling on the other.

Northwest would finally put points on the board thanks to a four-play, 75-yard drive that would kickstart a streak of 19 unanswered points with two touchdowns, a field goal and a safety.

“It’s the ability of our kids to stay in the moment,” Rich Wright said about battling back in the first half. “They didn’t panic. As a matter of fact, on our sideline they were talking about it being a long football game.”

Going into halftime, the Bearcats took a 19-17 lead into halftime. Before today’s game, Northwest was 24-0 all-time under Rich Wright when leading at halftime. That trend would continue despite an intrepid effort from the Tigers.

Fort Hays would continue to hang around in the second half as the Tigers’ first drive would result in a 27-yard field goal from Dante Brown to give them the lead.

The Bearcats would score their final touchdown of regulation with 8:24 left in the third quarter thanks to a 9-yard touchdown run from senior running back Justin Rankin following the opening score from Fort Hays.

The six-point lead dwindled to three as Brown hammered in another field goal from 38-yards to put the Tigers in prime position to send the game to overtime, which he would 12:25 later.

Brown would only see the field once more for an extra point in overtime as the Tigers answered the Bearcats opening touchdown with a score of their own to force the game into a second overtime.

Northwest elected to go on defense for the second period and it paid off. Senior defensive end Mike Ehlke forced and recovered a fumble to give the Bearcats position and the opportunity to win the game on a field goal.

Sampson did just that.

“This is the biggest one,” Sampson said about the magnitude of his kick. “To win a game, to keep moving forward, to keep alive in the playoffs is probably the best (kick) for sure.”

Although the Cats turned the ball over four times, Northwest’s defense aided in getting the offense back on its feet with a solid performance.

Braden Wright threw for 279 yards and three touchdowns on 23-for-43 passing with an interception. The sophomore quarterback was also the game’s leading rusher with 96 yards and a score on 10 carries.

“I think its a team win,” Rich Wright said. “I don’t think it’s an offensive win or a defensive win because without the offense we don’t get back in the football game. They did some good things.”

Northwest will take on Central Missouri at 1:30 p.m. Nov. 16 at Bearcat Stadium. A win would secure a share of the MIAA title for the 30th time in Northwest history.

“Everything that we have our goals for is still in front of us,” Braden Wright said. “We can win a share of the conference by beating them.”