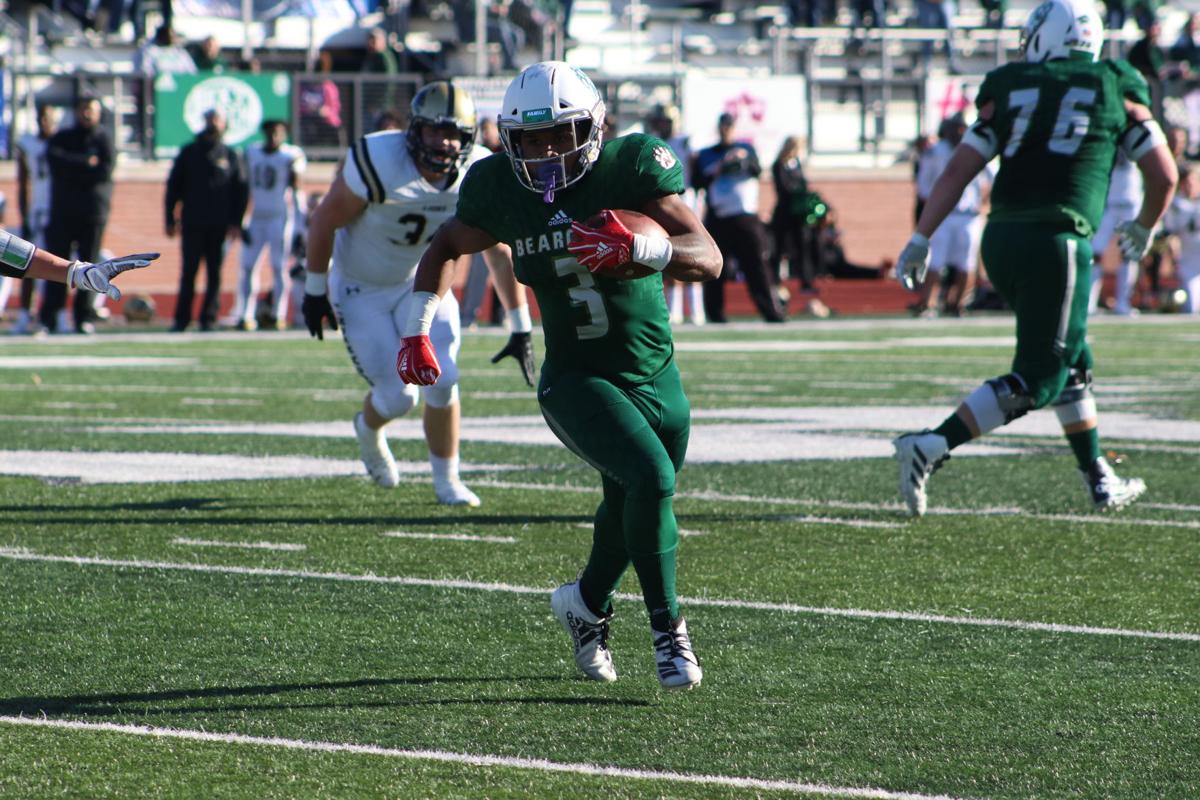 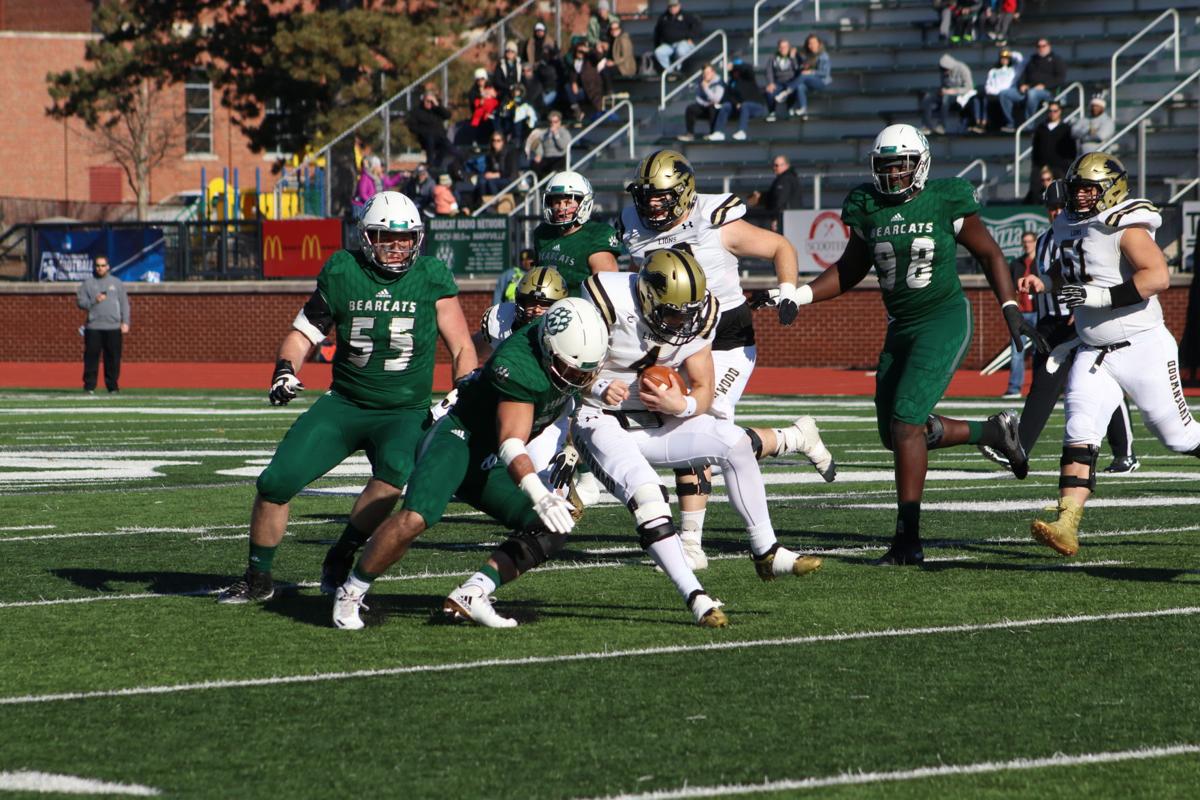 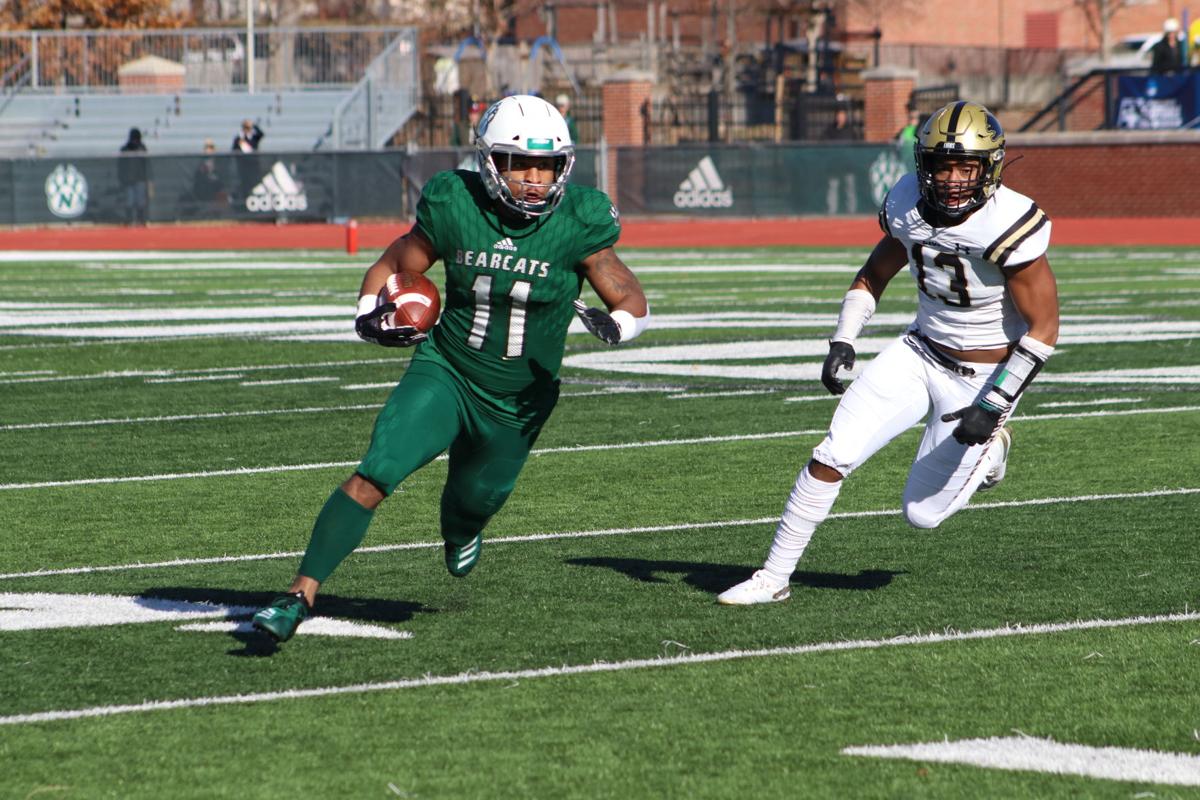 Senior running back Justin Rankin takes a carry down the home sideline in Northwest's 63-7 second-round playoff win over Lindenwood Saturday at Bearcat Stadium. 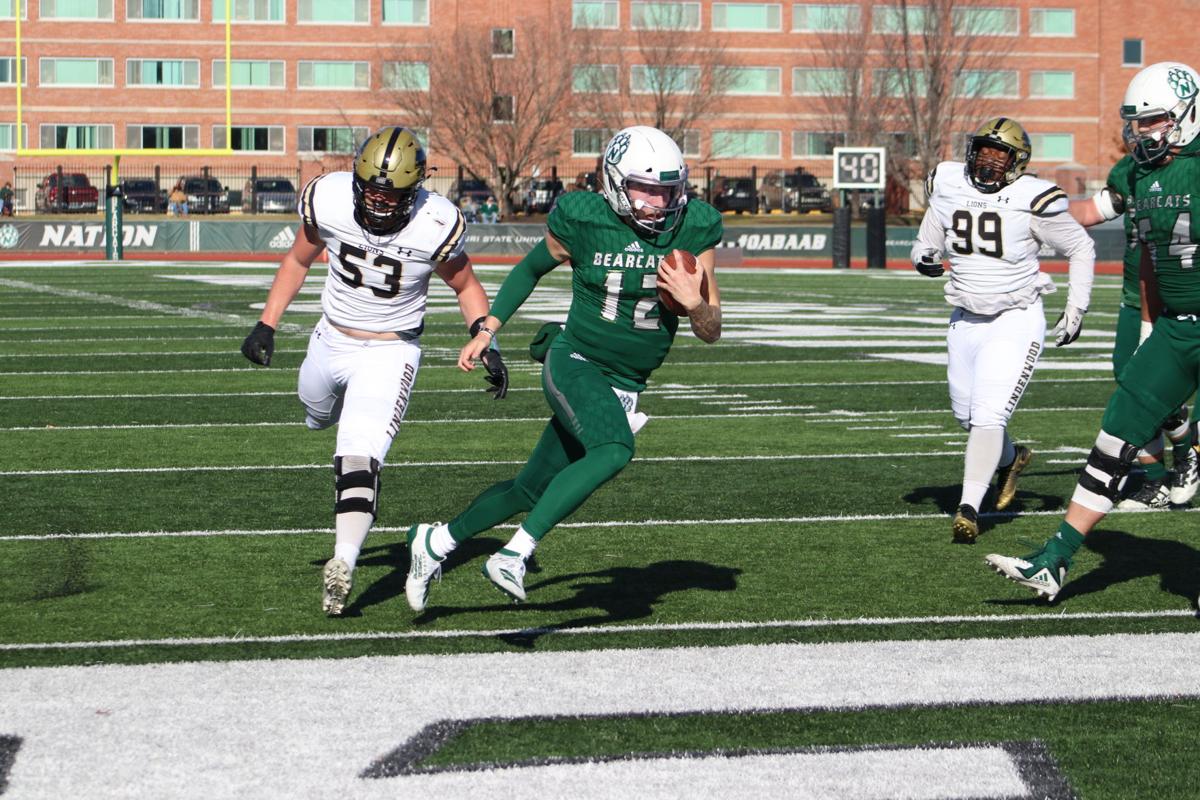 Sophomore quarterback Braden Wright runs into the endzone for the first of his three rushing touchdowns in Northwest's 63-7 second-round playoff win over Lindenwood Saturday at Bearcat Stadium.

Senior running back Justin Rankin takes a carry down the home sideline in Northwest's 63-7 second-round playoff win over Lindenwood Saturday at Bearcat Stadium.

Sophomore quarterback Braden Wright runs into the endzone for the first of his three rushing touchdowns in Northwest's 63-7 second-round playoff win over Lindenwood Saturday at Bearcat Stadium.

MARYVILLE, Mo. — Following a victory where the Northwest Missouri State football team scored seven points a week ago, the offense responded by garnering the largest scoring total in program history.

“I just felt like we came out ready to play,” coach Rich Wright said. “It was an intense week of practice. I know the offense was really itching to get back on the field after our first-round playoff game. They opted to kick it off to us and I was challenging the offensive kids to make a response on that and they did.”

Northwest becomes the fourth NCAA school to record 50 postseason victories, moving to 50-17 all-time in the Division II playoffs. The Bearcats have won 24 straight home playoff games at Bearcat Stadium while recording a 31-3 all-time record at home in the playoffs.

For the 13th time in school history, Northwest has reached 12 or more wins in a season.

Senior running back Isaiah Strayhorn rushed for a game-high 178 yards and two touchdowns on 16 carries, averaging 11.1 yards per carry. Saturday’s game was Strayhorn's second postseason game over 100 yards rushing. His last came last year against Grand Valley State as he rushed for 171 yards.

“I’m going to give that credit to the offensive line,” Strayhorn said. “They opened up holes all game. I just did my job and finished the runs.”

Sophomore quarterback Braden Wright had the offense firing on all cylinders following its disappointing showing against Harding Nov. 23. Braden Wright threw for 152 yards on 12-for-24 passing while rushing for 116 yards and three scores on 12 carries.

Senior running back Justin Rankin scored two touchdowns early as he rushed for 73 yards and caught one pass for 10 yards.

“We were ready to get back out there,” Braden Wright said about the offense’s performance. “That was a big part of it, getting our run game going this week. We had a high rushing yard goal and we got that. That’s huge. Once you get your running game open that opens everything else in your entire offense.”

The only touchdown not scored by the Bearcats’ rushing attack was by junior safety Blake Bayer. The Albia, Iowa, native nabbed three interceptions becoming the sixth Northwest player to do so while becoming the first to do it in a postseason game. The three picks ties a Northwest record for interceptions in a game.

“It feels great,” Bayer said about his performance. “I can’t give enough credit to the defense and everybody else who helped me achieve that goal.”

Bayer’s third and final interception of the day was his most eventful one. Bayer’s pick resulted in a 20-yard return for a touchdown, the only touchdown recorded for the Bearcats that wasn’t an offensive rushing touchdown.

“Our defensive line got a great push,” Bayer said. “Our linebackers threw off the quarterback’s read and I was able to stay square and jump the route. I had good defensive blocking and was able to get into the endzone.”

Northwest’s defense continued its dominance on the front line. The Bearcats allowed a season-low 21 rushing yards on 19 carries. Senior safety Jake Gassman recorded a team-high five tackles and junior linebacker Jackson Barnes collected four tackles, a half sack and half a tackle-for-loss.

As a unit, Northwest sacked Lindenwood three times while dropping the Lions for a loss five times for a total loss of 35 yards.

“We’re now playing into December,” Rich Wright said. “There aren’t many teams left that get to do that. We’ve crossed the average threshold. We just hit the average wins around here for the last 20 years, 12-1. Hopefully, we take another step next week.”

The Bearcats will now go on the road for the first time this postseason as they will travel 691 miles to Big Rapids, Michigan to take on the region’s No. 1 seed in Ferris State for the region championship.

While Northwest now completed its goal of playing in December, Rich Wright and company now have a new goal in their sights.

“The next goal is to get on television,” Rich Wright said.