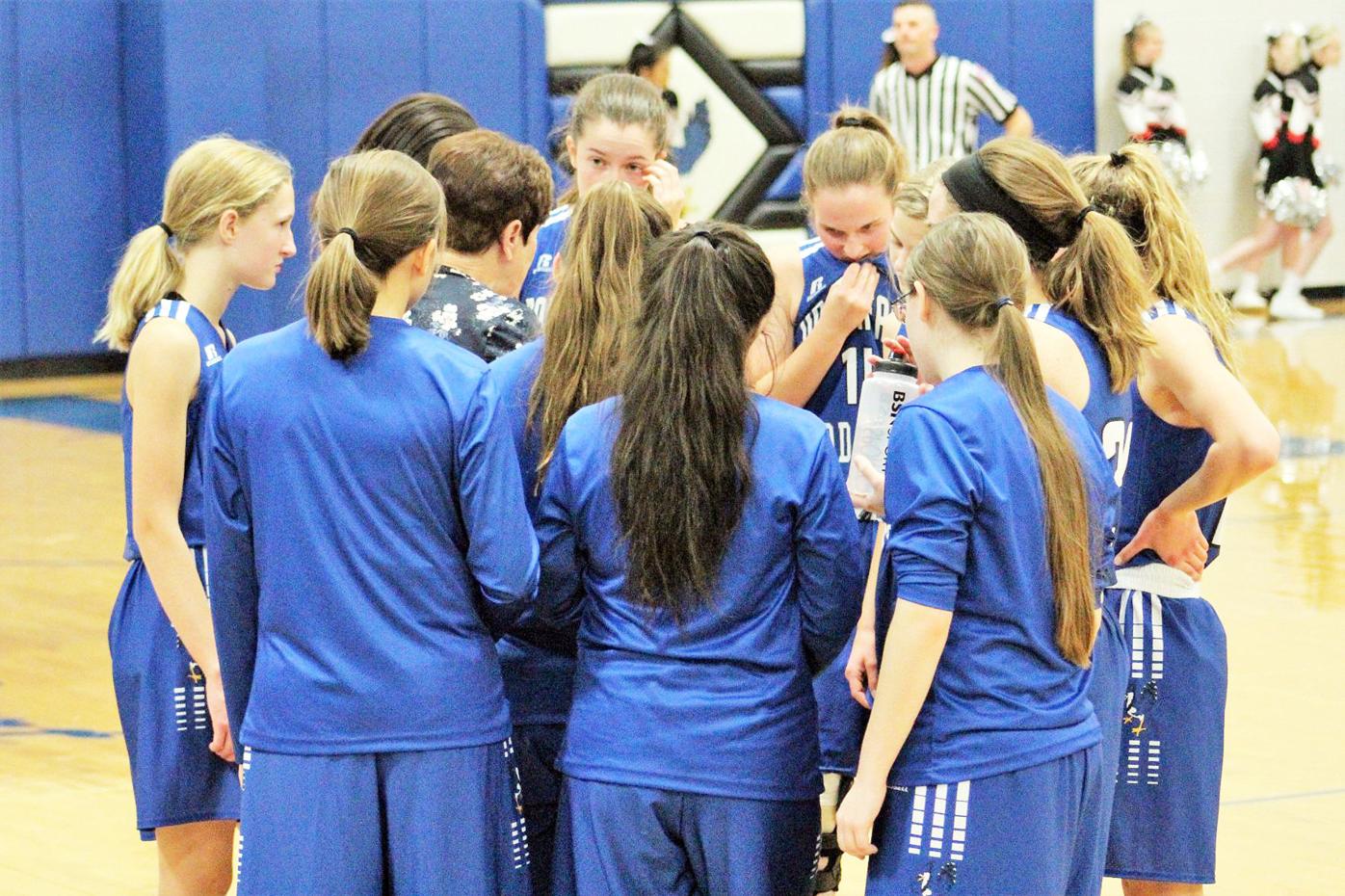 Northeast Nodaway head coach Joyce Stiens talks to her team during a timeout last year in Ravenwood. Stiens has since retired from the position. High school principal Luke Cox will take over coaching duties. 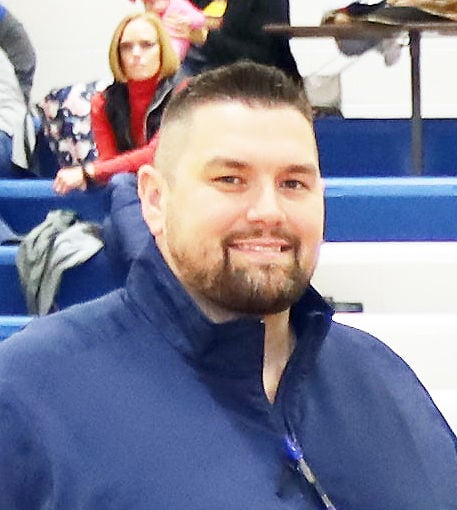 Luke Cox will take over as Northeast Nodaway girls basketball coach after the retirement of Joyce Stiens. 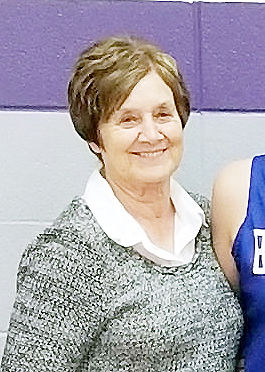 Joyce Stiens is stepping down as Northeast Nodaway girls basketball coach. After an extensive search for her replacement, high school principal Luke Cox will take over those duties.

Northeast Nodaway head coach Joyce Stiens talks to her team during a timeout last year in Ravenwood. Stiens has since retired from the position. High school principal Luke Cox will take over coaching duties.

Luke Cox will take over as Northeast Nodaway girls basketball coach after the retirement of Joyce Stiens.

Joyce Stiens is stepping down as Northeast Nodaway girls basketball coach. After an extensive search for her replacement, high school principal Luke Cox will take over those duties.

RAVENWOOD, Mo. — After helping lead a monthslong search to replace former Northeast Nodaway girls basketball coach Joyce Stiens, the school’s principal settled on the candidate he thought would be best for the program: himself.

Luke Cox, who was hired as Northeast Nodaway’s principal in April 2019, is taking over the program after a six year run from Stiens came to an end last season. Stiens, who’s coached basketball in the area for parts of 20 years, stepped away to focus on being a grandparent.

“When it’s time to step away from something, you usually know when that time is,” Steins said.

The end of Stiens’ tenure comes after what the former coach called a “total rebuild” year, and it comes in the wake of a pandemic. She said she saw a lot of growth in the Bluejays last season — particularly among the junior and freshman players who logged many of the team’s minutes this season.

Stiens said she first started telling parents before the start of last season that she intended to retire at the end of the 2019-2020 campaign, and the ongoing COVID-19 pandemic helped confirm to the coach she was making the right choice. Stiens would be 69 years old by the time next season rolls around, putting her near the edge of the high-risk age group most susceptible to the virus. That, combined with her two grandchildren who are still early on in their school sports careers, pushed the coach’s retirement plans forward.

“That made it easier,” Stiens said. “There’s so much uncertainty going around. I’m at that age where I need to watch out for my health and the health of my husband. And that did play a role in it.”

As she stepped away from the program, Stiens said she wasn’t surprised that Cox wound up tabbing himself as her replacement. She knew of Cox’s prior coaching experience at Clarinda Academy and Tarkio, where he mostly coached boys varsity squads. She’s confident in his ability to guide the program forward amid the ongoing uncertainty.

“He’s been around the girls — he’d come into the gym quite often to watch what was going on,” Stiens said. “He knows their strengths and weaknesses, so he’s in a much better position to get started with this team than if somebody fresh came in.”

And so that’s what Cox is doing: getting started with a team of girls he’s already built relationships with and preparing for a winter season that still hangs in the balance amid the pandemic. Cox, who has only coached boys at the varsity high school level but has coached a girls team at the junior high level, said when seeking Stiens’ replacement, it was important to find a candidate who felt like the right fit, for the team and for the moment in which they would do so.

The continued uncertainty at play with the pandemic helped Cox and company settle on Northeast Nodaway’s fresh-faced principal as the next man up. Now, with the hire made, a search for an assistant coach still ongoing and the pandemic continuing its spread through the state and the country, all the Bluejays can do is be patient, Cox said.

“Typically, in a normal situation, it’s a ‘hurry up and wait’ game, and now it’s a ‘wait, and then hurry up’ based upon what is being allowed and what we can do,” Cox said. “But ultimately it comes controlling what we can control in our situation and being able to look at, you know, what are some ways — even if we can’t meet — what is some individual stuff that the girls can start working on?”

So far, Cox said, the Bluejays have gone ahead with their summer conditioning program in preparation for a season still months away — though it is a physically distanced version of traditional workouts. The team is doing what it can to get better without being able to safely practice in a five-on-five setting.

And so far, Cox said, the team has been both receptive and eager to participate in the non-traditional workouts, even as some balance summer jobs and an ongoing softball season. The drive he’s seen from the players he’s been coaching for only a few weeks didn’t come as a surprise.

“There’s definitely a lot of potential there,” Cox said. “And I know the girls are hungry to win.”

Cox said he’s seen strong leadership from next year’s senior class — the same junior class Stiens said was forced to carry much of the workload for a young team a season ago. And Cox echoed Stiens’ thoughts on the crop of youthful players that make up much of the program.

The coach said he’s looking forward to the opportunity to watch the players grow, now from a different vantage point along the sideline than the one he held as an administrator. And Stiens is looking forward to her new place, too, now in the stands with fellow fans, as both the new and former coach usher in a new era.

“It’s hard to walk away after I’ve coached so many years,” Stiens said. “I’ll miss a lot of aspects of it, but those things come to an end. It’s time for the next chapter.”