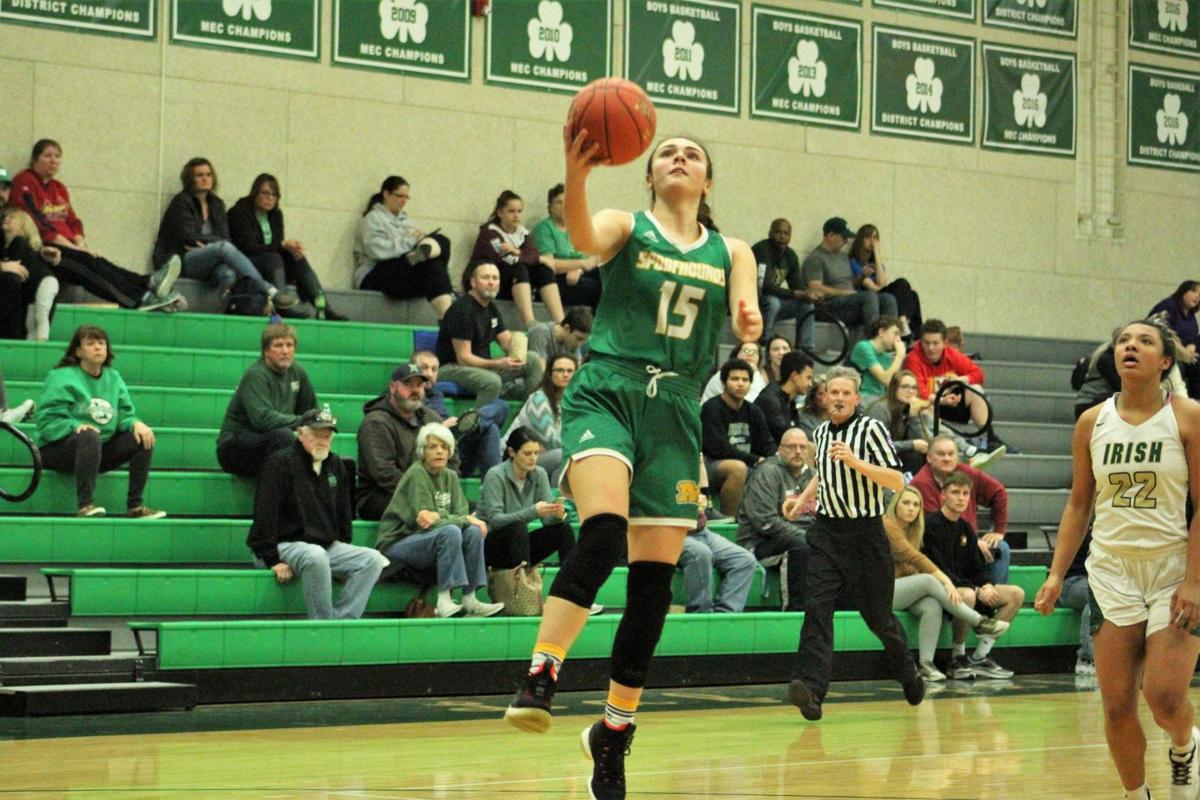 Maryville's Rylee Vierthaler goes up for a layup. 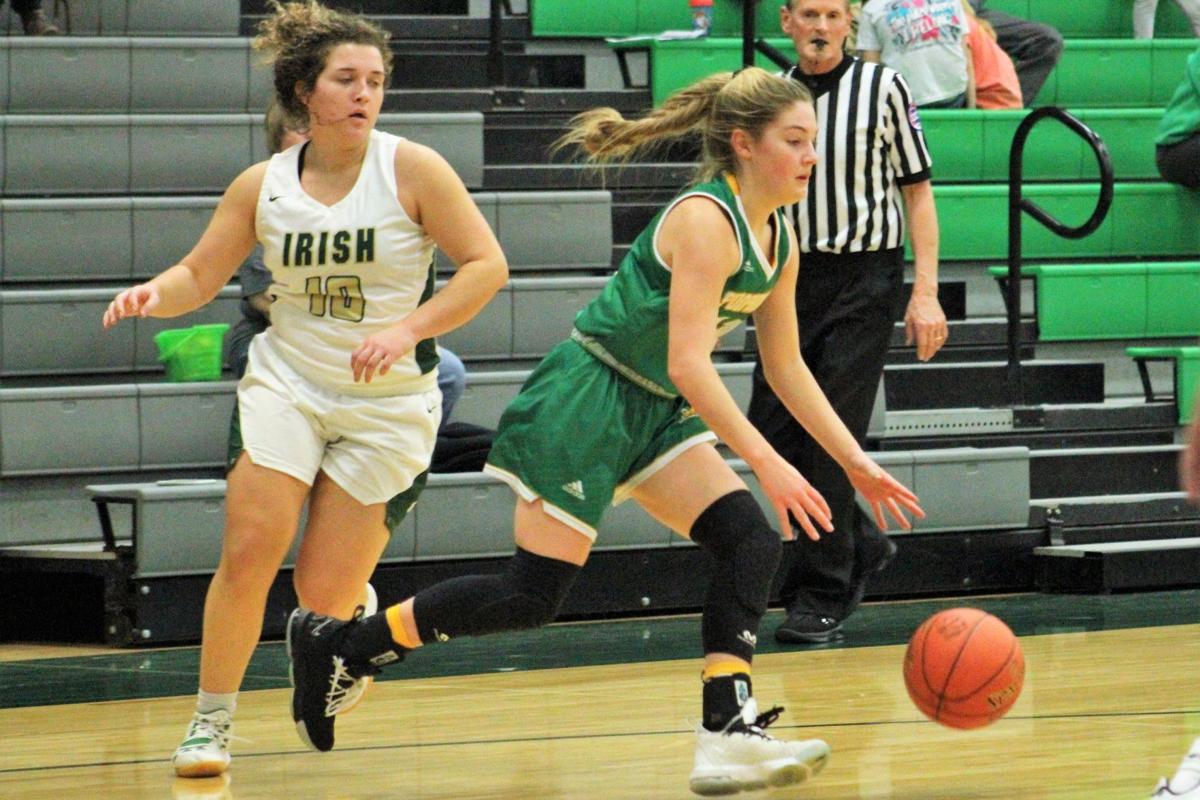 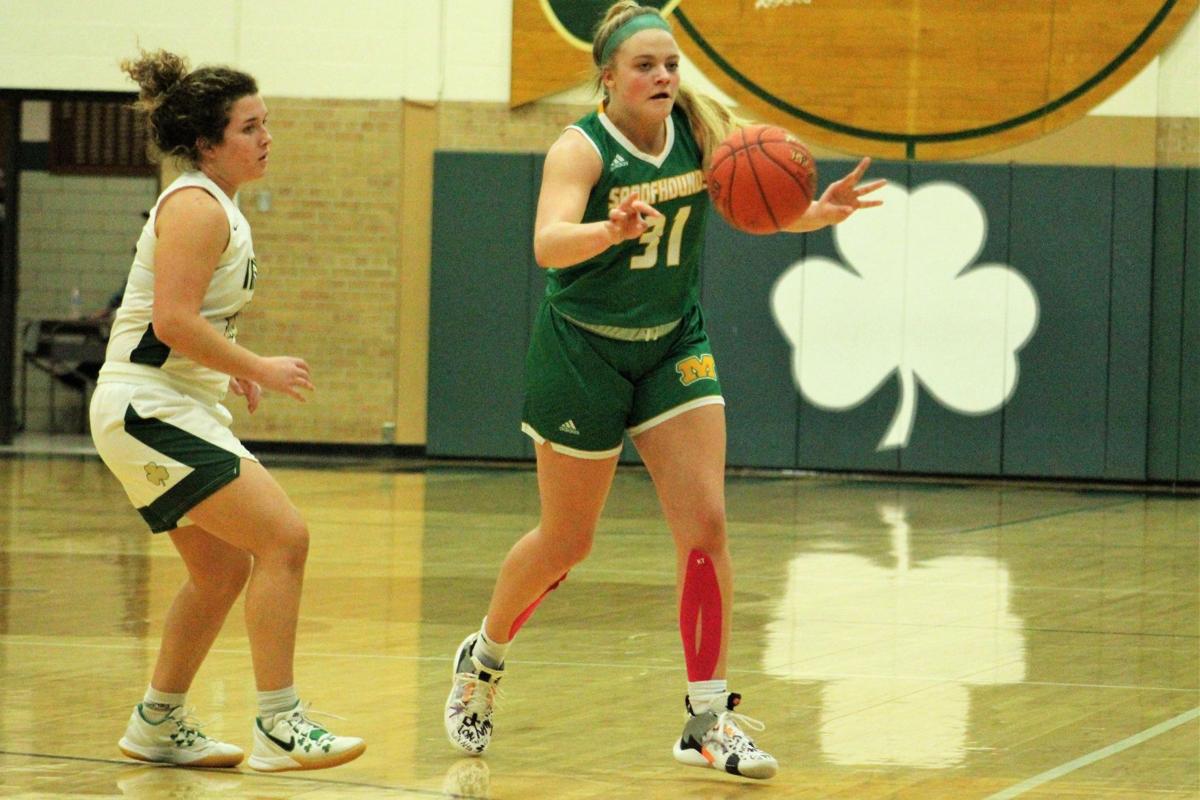 Maryville's Emily Cassavaugh makes a pass in the second quarter. 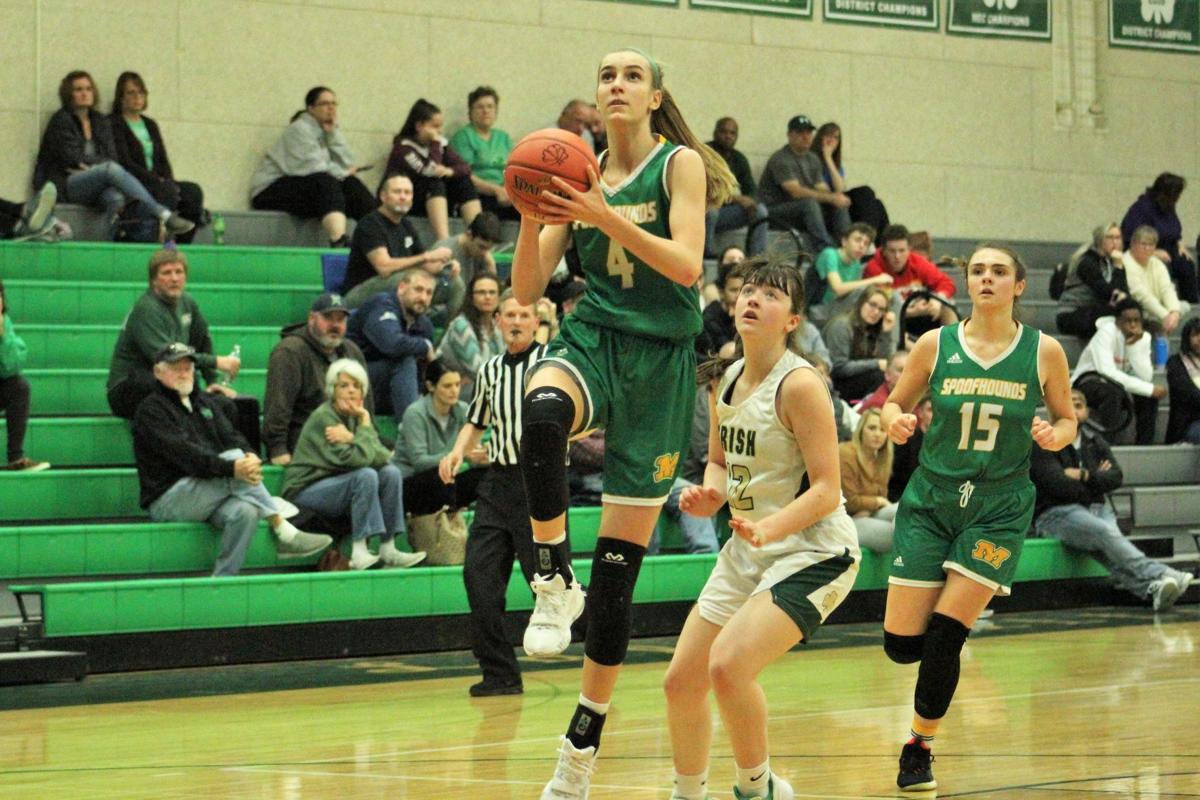 Maryville's Serena Sundell goes up for a layup.

Maryville's Rylee Vierthaler goes up for a layup.

Maryville's Emily Cassavaugh makes a pass in the second quarter.

Maryville's Serena Sundell goes up for a layup.

ST. JOSEPH, Mo. - The Maryville Spoofhound girls basketball team has heavily relied on junior Serena Sundell over the past two seasons. This season, Maryville has found support from freshmen Anastyn Pettlon and Rylee Vierthaler. Thursday night, the two freshmen combined for 24 points in the Spoofhounds‘ 50-27 win over the Lafayette Fighting Irish.

Pettlon helped the Spoofhounds to an early lead with three three-pointers on three of Maryville’s first four possessions.

“My teammates did a good job of getting me open and they focused a lot on Serena, which helped me,” Pettlon said.

The Spoofhound offense took a bit longer to get started in the second quarter with its first basket coming at the 5:46 mark. The field goal was the first of the game for Sundell after being held scoreless in the first quarter.

“They threw a little junk defense at us, a little diamond and one and they basically wanted to limit what Serena did and they did a great job of that,” Albrecht said. “As we just talked in the locker room, when other teams want to come out and they want to box and one, diamond and one and stuff like that, I think what it shows is that we’re much harder to defend now. We have other girls who we can go to and who are capable of finishing off baskets.”

Maryville started the second quarter with a 14-2 run; the Spoofhounds received seven points from Sundell and three points from Vierthaler during the run. Maryville was held scoreless over the final two and a half minutes of the quarter, but took a 34-13 lead into halftime.

“I thought we did well, we matched up well and played good defense that led to a good offensive performance from the team,” Vierthaler said.

Vierthaler scored six points in the third quarter, helping the Spoofhounds stretch their lead to 31. Maryville led 40-19 at the end of the quarter, allowing Albrecht to go to his bench for much of the fourth quarter.

“A lot of these girls don’t get to see much time on the varsity floor,” Albrecht said. “To see them come in, have a lot of energy and maintain the lead we had built, was very encouraging.”

Vierthaler led the Hounds with 17 points, while Pettlon finished with nine. Sundell was second on the team with 10 points.

“We work really hard in practice and that’s what allows us to be successful offensively,” Pettlon said.

The Spoofhounds improved to 11-1 with the win Sunday night. Maryville will be in action again on Tuesday, taking on the East Buchanan Bulldogs, who are 9-2 this season. The Spoofhounds narrowly escaped with a two-point win over East Buchanan in the championship game of the LeBlond Holiday tournament.

“We’ll just have to work hard in practice,” Vierthaler said. “It helped getting a little break today, but we’ll just continue to try and improve and fix our mistakes from the last game.”