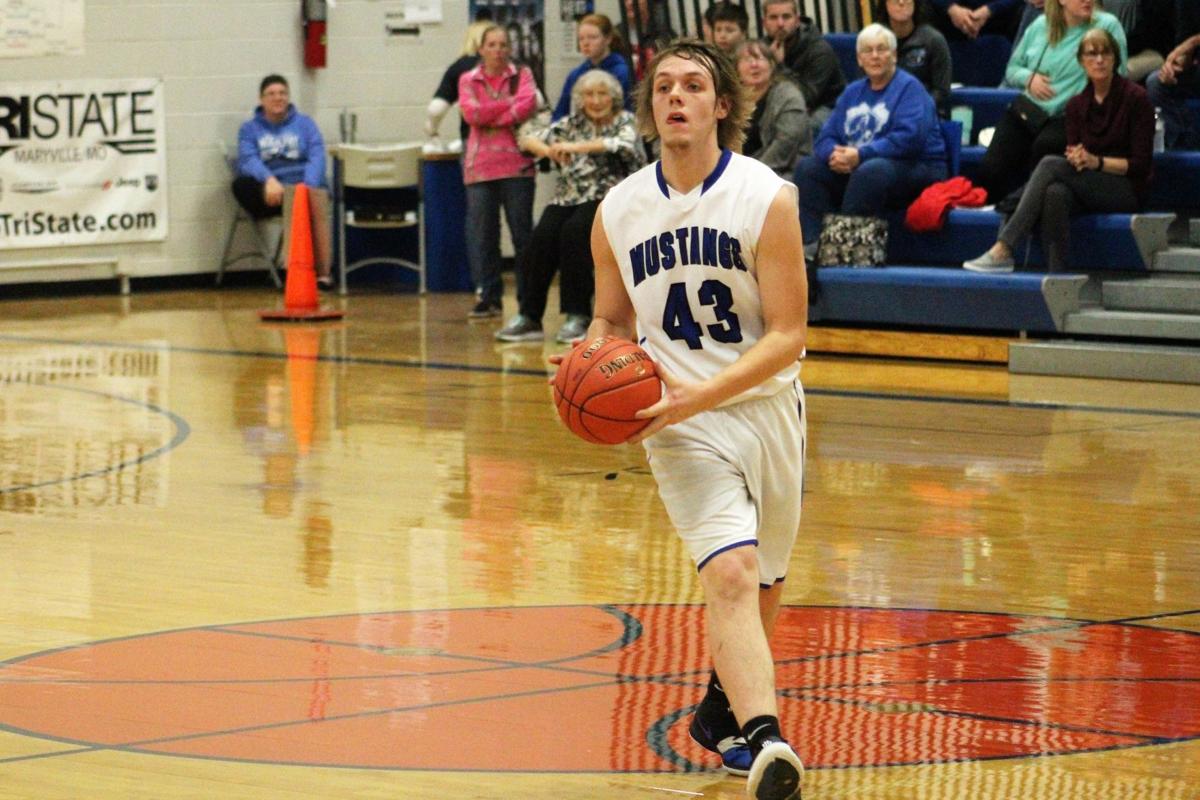 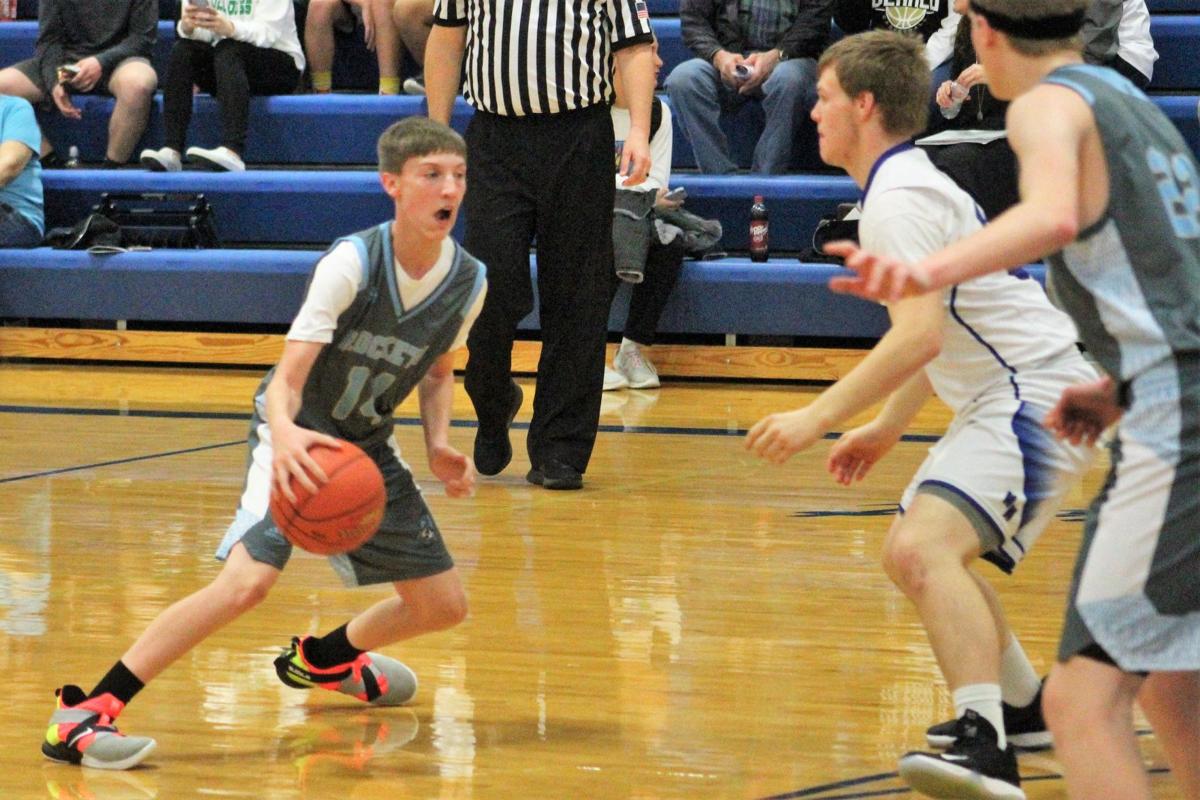 West Nodaway's Dawson Fast attempts to dribble by a defender. 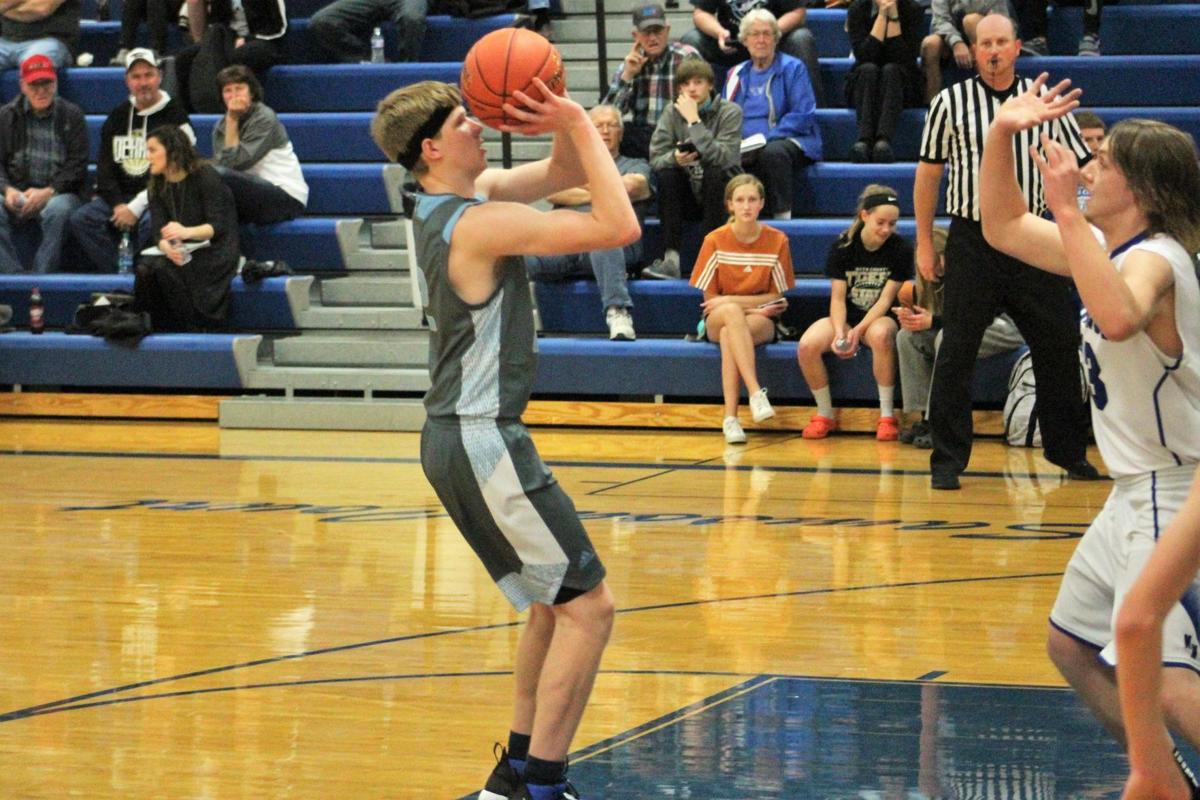 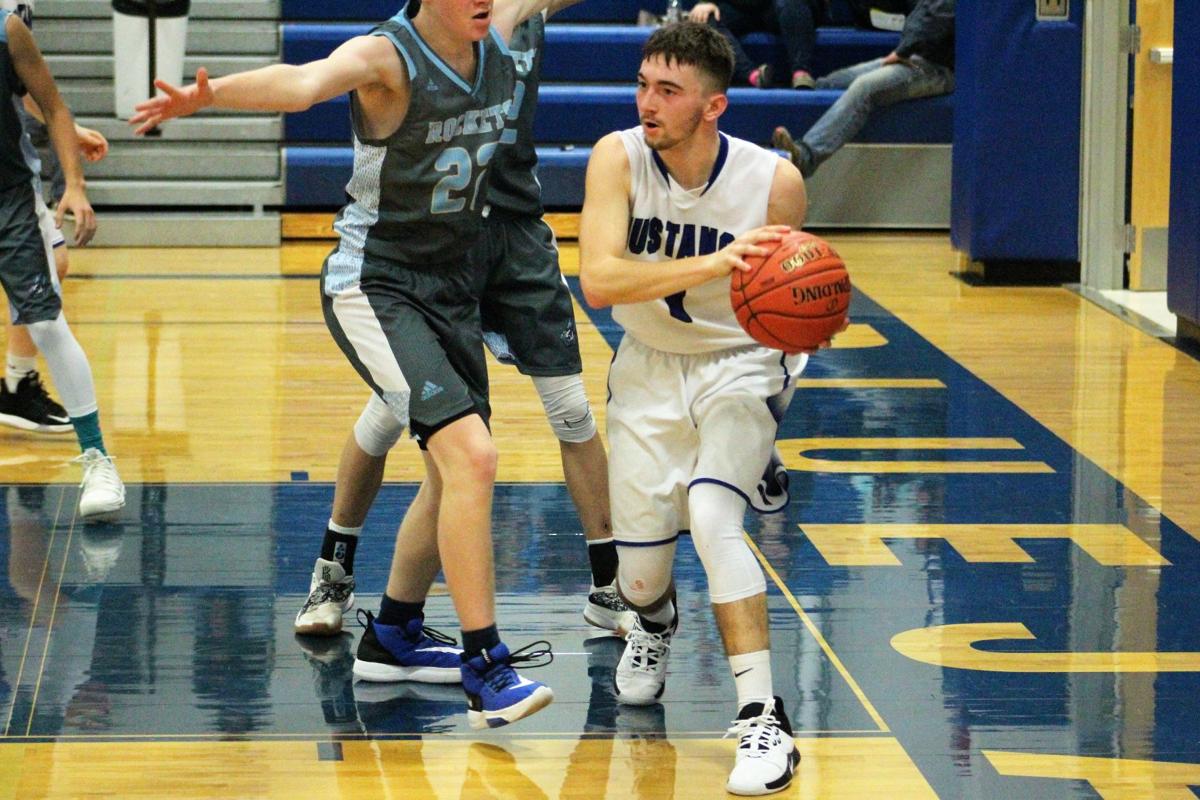 West Nodaway's Dawson Fast attempts to dribble by a defender.

RAVENWOOD, Mo. — North Nodaway and West Nodaway came into the season as two teams with similar expectations, but with very different situations. The experience of the Mustangs outplayed the youth of the Rockets in the second half, rallying to win 51-44 in the second round of the Platte Valley Invitational Wednesday night.

“We had a lot of opportunities to let everything get in our heads and push us away from focusing on the winning,” Mustangs coach Jacob Shipman said. “We hit some good shots, made some tough shots and made some key rebounds.”

West Nodaway began the game on a 7-2 run with baskets from Tyler Blay, Dawson Fast and Bracxten Rohlmeier. North Nodaway’s Ryan Riley cut the lead to two with a three-pointer at the 3:37 mark of the first quarter. The two teams swapped baskets over the next four scoring possessions as the Rockets took an 11-10 lead into the second quarter.

Fast and Blay combined for four points in the first 40 seconds of the second quarter to extend the lead to five. North Nodaway answered with back-to-back baskets from Tyler Bix and Riley to get to within one.

The Rockets extended the lead to four and held the Mustangs at bay for the rest of the quarter. The Mustangs’ Karson Oberhauser made it a one-score game with a free throw right before the half ended at 22-19.

“I think we came out the first half and kind of got after them a little bit,” Rockets coach Brandon Phipps said.

West Nodaway began the second half by putting some distance between themselves and North Nodaway. Blay’s five points helped spark an 11-0 run to make the score 33-19 just three minutes into the second half.

But the upperclassmen for the Mustangs had an answer for the Rockets’ run. Oberhauser and Riley combined for nine-straight points to pull to within four of the Rockets. West Nodaway held that four-point lead through the remainder of the third quarter.

“We calmed ourselves down and slowly, shot-by-shot got ourselves back into the game,” Riley said. “We just couldn’t let up.”

Oberhauser cut the lead to two with an early basket in the fourth quarter. Cameron Wilson then tied the game with 6:42 remaining for the first time since the two teams were tied at two midway through the first quarter.

Blay gave his team the lead back by making one of two free throws, but that lead quickly evaporated with a basket from Bix to give the Mustangs their first lead of the game with 4:47 remaining.

The Mustangs stretched their lead to six, but back-to-back baskets from Blay cut the lead to 44-43 with 1:58 remaining. Blay’s basket was the last field goal of the game as the remaining points came from the free throw line.

Riley knocked down four of his five free throws over the final 25 seconds of the game to help the Mustangs advance to the finals on Friday night.

The North Nodaway defense held Blay to 17 points in the game. Riley was impressed, but not surprised with Oberhauser’s defense on the Rockets’ leading scorer.

“Karson is our best defender. He can defend anyone. He could defend LeBron if he needed to,” Riley said. “He just does what he’s told. He’s a good player.”

Phipps was pleased with the way his team performed even with the loss.

“Positives are that we have a young team, we’re going to learn from this moving forward,” Phipps said. “I think the emotions kind of controlled us early and in the fourth, we’ve got a young group who haven’t been in situations like that.”

The Mustangs will face St. Joseph Christian Friday at 8:30 p.m. in the championship game. The Lions advanced with a 41-39 win over Northeast Nodaway. The Rockets will face the Bluejays at 5:30 p.m. Friday for third place. All games will be played at Northwest Missouri State University.