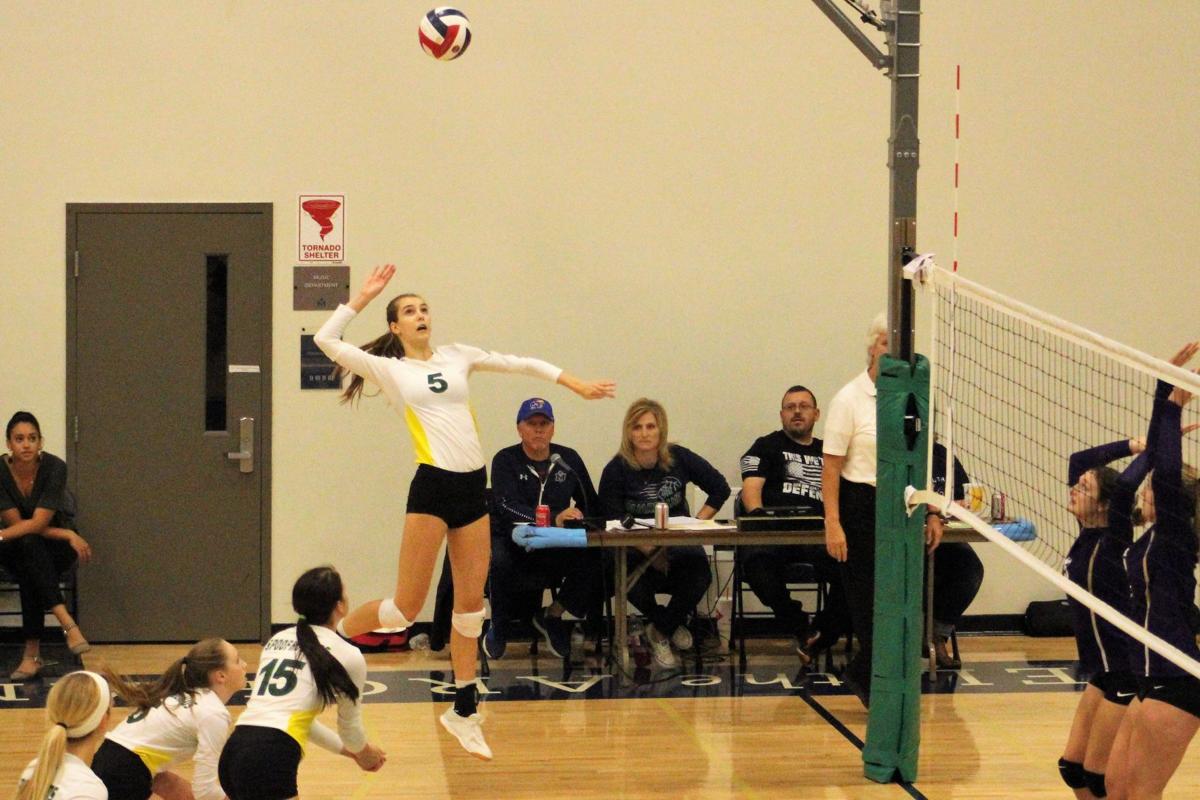 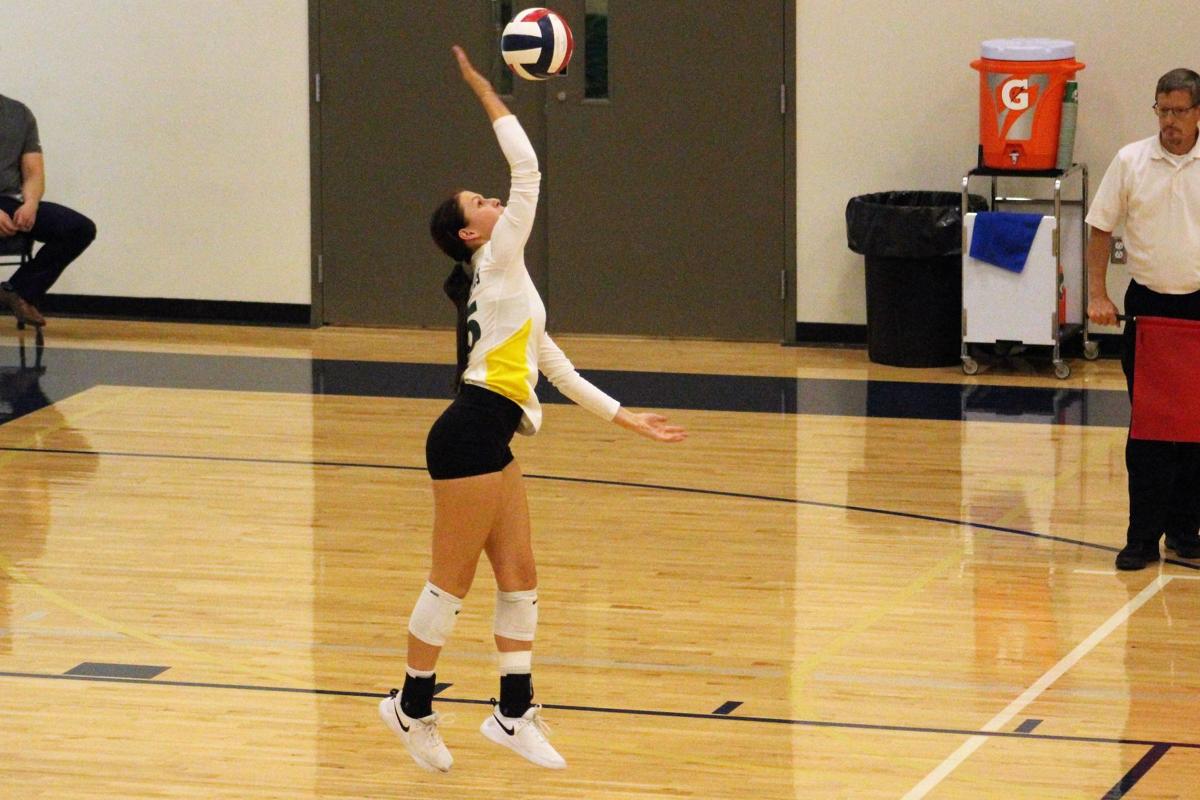 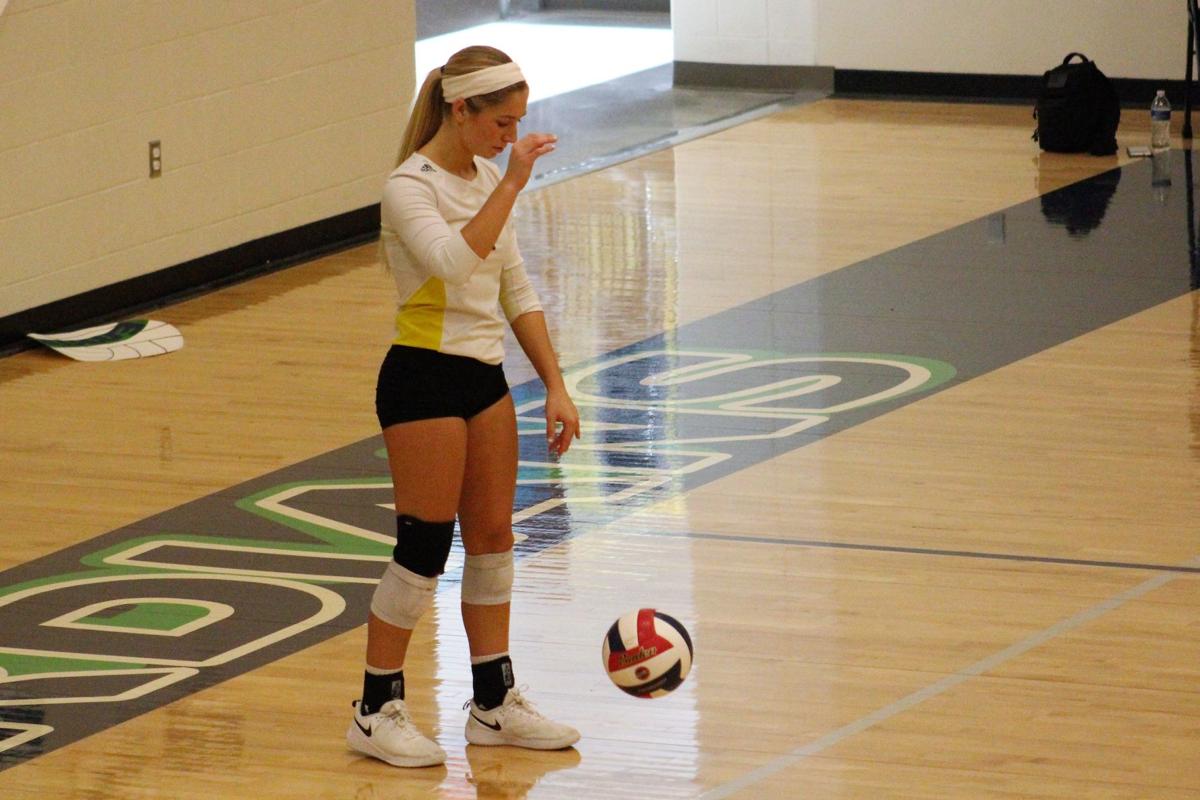 LEE’S SUMMIT, Mo. – The Pleasant Hill Roosters came into Saturday’s matchup with the Maryville Spoofhounds just two games over .500 and a 2-4 record over their last six matches. The Spoofhounds had won five in a row, but that didn’t seem to matter to the Roosters, who defeated Maryville in two sets: 25-23 and 25-18.

“We did not play our best, that was by far our biggest freak out in a game,” Spoofhounds coach Miranda Foster said. “I have really high expectations, it’s awesome because it’s the furthest we’ve come since 2009, but I don’t want to equate us just to 2009. I think that this team could have gone to the final four and so it’s tough to see that dissipate before your eyes.”

The Roosters took an early 2-0 lead in the first set. Spoofhound junior Serena Sundell provided Maryville with its first point of the match with an early kill. Pleasant Hill then scored three in a row before another Sundell point made the score 5-2.

The Roosters kept the Spoofhounds at a distance for the first half of the match, leading by at least two points until a kill from junior Kelsey Scott cut the lead to one at 11-10. Maryville then tied the game at 11 off a ball hit into the net.

The Spoofhounds didn’t go away though, starting with a kill from Brooke Katen. The kill started a 7-1 run from Maryville with three of those points coming from Katen.

The Roosters responded by scoring three of the set’s next four points to give themselves a two-point lead. The Spoofhounds cut the lead to one but Pleasant Hill went on to score two of the final three, ending the set with a kill from Makenzie Carlile.

Maryville started the second set with an 8-1 run. Morgan Stoecklein’s ace and another kill from Katen played a role in the Spoofhounds’ early lead.

Twice in the match points were given to the Spoofhounds, only to have them taken away and given to the Roosters. The second questionable decision came after Maryville’s strong run to begin the set. The call seemed to be the turning point in the set as Pleasant Hill would then go on a 12-0 run and take a 20-13 lead.

“You never want to blame it on the refs, but it’s tough whenever you’re rolling in a specific direction and you think there’s an unjust call,” Foster said. “But we still needed to be more resilient and be able to put together points on the other side.”

The Spoofhounds were never able to recover from the Pleasant Hill run and their season ended with a dud at St. Michael the Archangel High School.

“It was a mental game, physically we had the capabilities to compete and beat that type of team—it was just a mental game at that point,” Foster said.

The Spoofhounds finished with 27 wins, their most since winning the state championship with 36 wins in 2009. Maryville appears to have the talent to build on a successful 2019 as they return nine of the 13 players from this year’s team.

But Foster isn’t ready to move on from the 2019 season just yet.

“I’m struggling to look past tonight right now,” Foster said. I will get over it, obviously. Tomorrow is a new day and I live my life like that, refresh every single day. But it’s just a little cloudy right now, I can’t quite look at that. Ideally next year looks like a really good year for us, but we still have to put in the time and effort and growing mentally with having the young team that we have.”