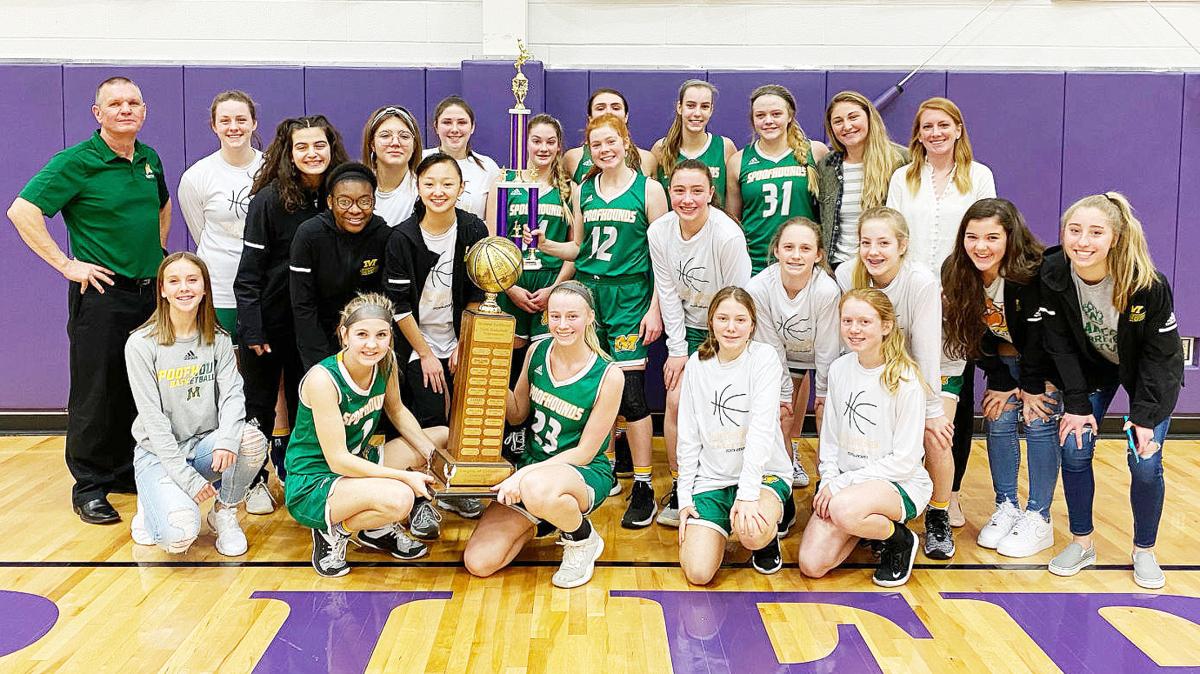 The Maryville High School girls basketball team poses with the championship trophies after a 36-34 win over East Buchanan in the LeBlond Holiday Tournament Monday. 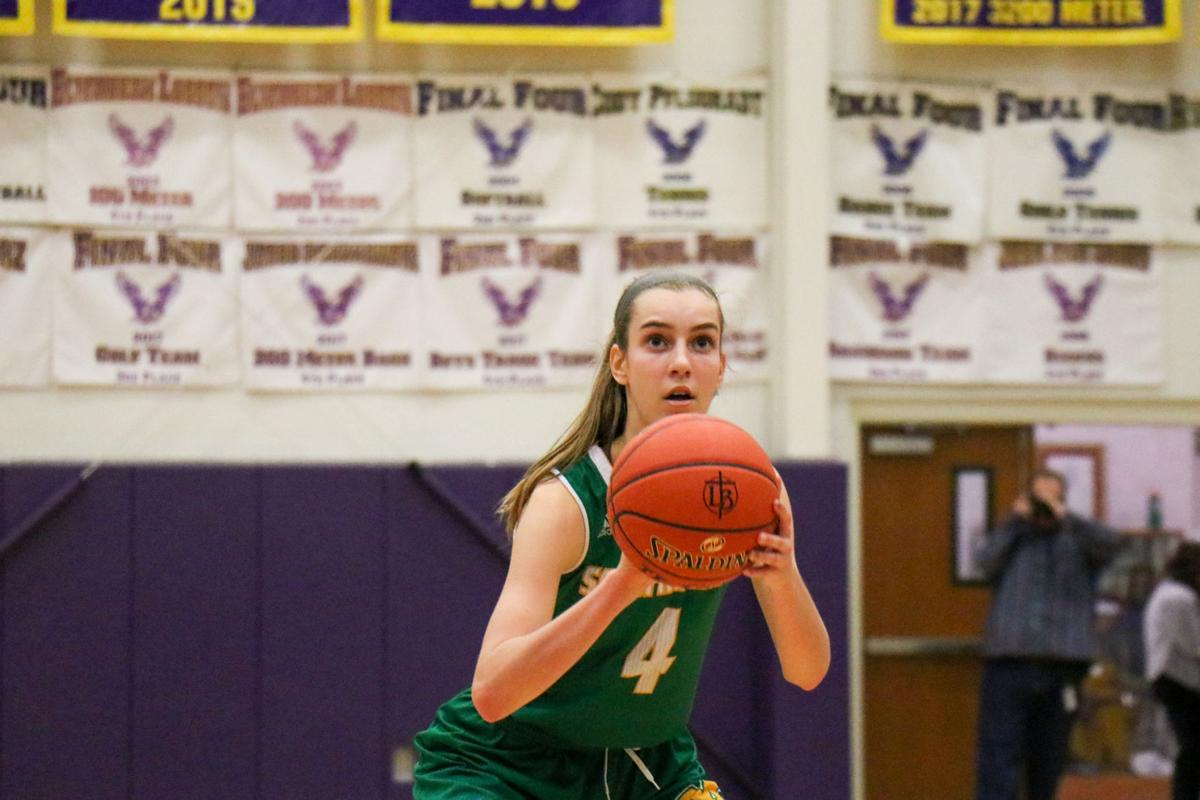 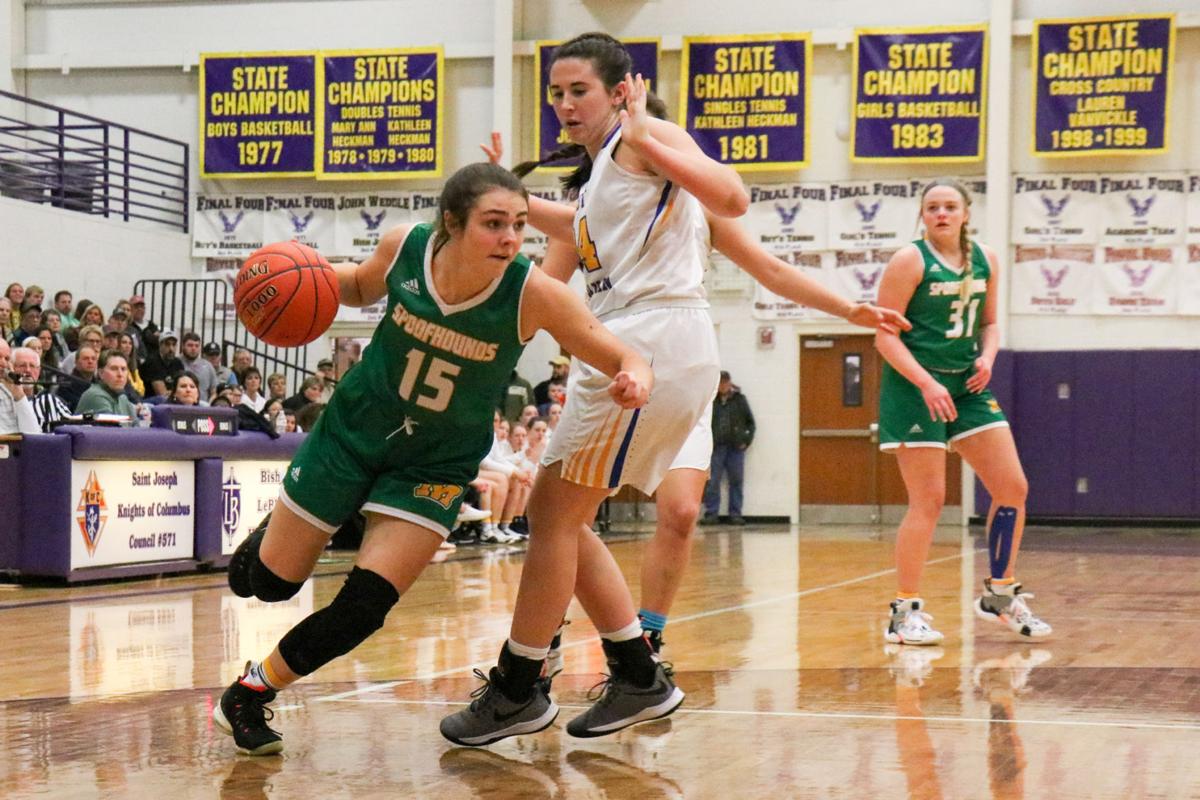 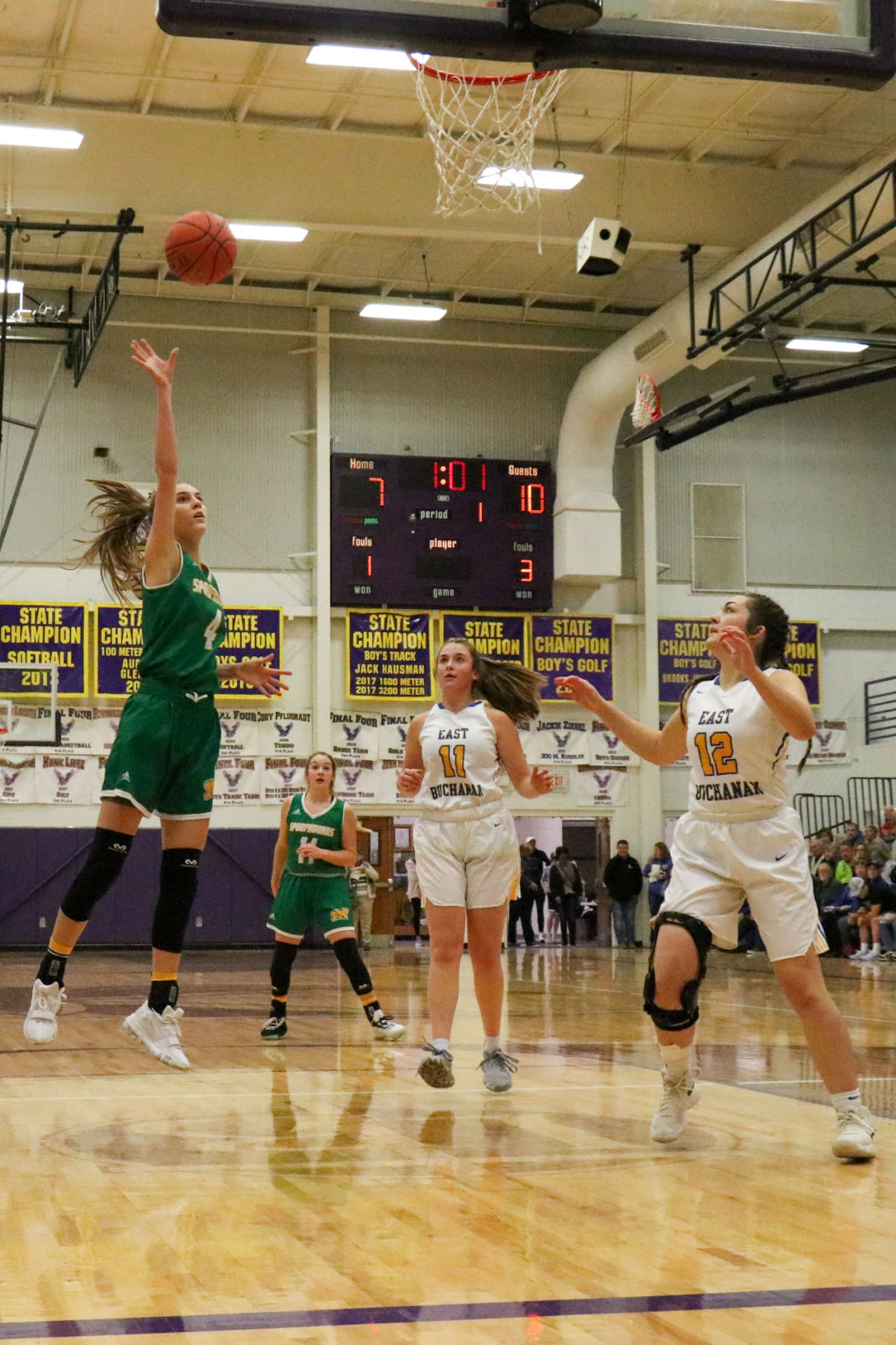 Junior guard Serena Sundell puts up a floater in Maryville's 36-34 win over East Buchanan in the LeBlond Holiday Tournament Monday. 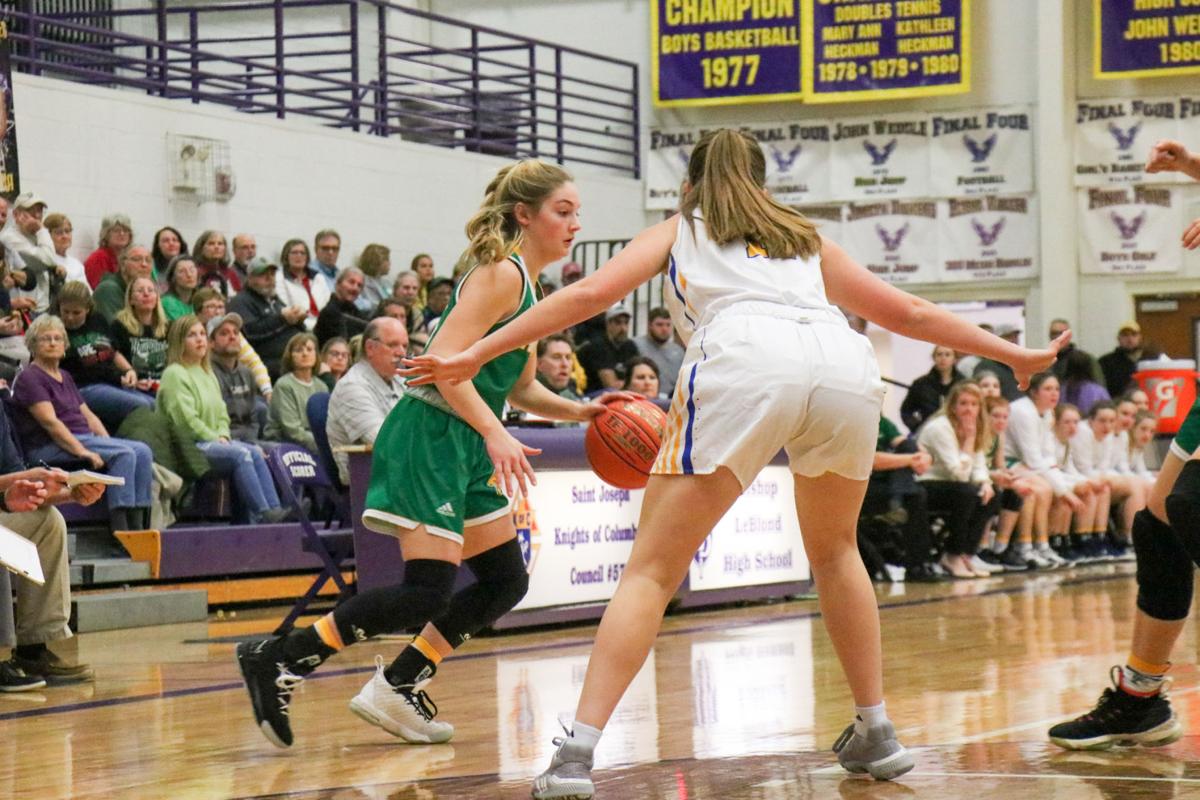 Freshman guard Anastyn Pettlon drives to the top of the key in Maryville's 36-34 win over East Buchanan in the LeBlond Holiday Tournament Monday.

The Maryville High School girls basketball team poses with the championship trophies after a 36-34 win over East Buchanan in the LeBlond Holiday Tournament Monday.

Junior guard Serena Sundell puts up a floater in Maryville's 36-34 win over East Buchanan in the LeBlond Holiday Tournament Monday.

Freshman guard Anastyn Pettlon drives to the top of the key in Maryville's 36-34 win over East Buchanan in the LeBlond Holiday Tournament Monday.

As his phenom guard stepped to the charity stripe, coach Quentin Albrecht had one word come to his mind.

“Money,” Albrecht said. “Serena is good and she has great physical talent and great genetics but really what makes her great is she spends a lot of time in the gym,” Albrecht said.

The veteran coach called his team over as Sundell was handed the ball, the lane lined with Bulldogs for the first half of a one-and-one.

“I was nervous,” senior Molly Renshaw said about the clutch free throws from Sundell. “But I had full confidence in her. She’s been there before. I remember her freshman year in districts it was the same thing, we were either going to get knocked out and she had mono but she made them.”

As Sundell, Renshaw and sophomore Lauren Cullin returned to the huddle of Hounds after receiving the first-place trophy, Albrecht told Renshaw he’d give her a high five, “but your hands are full.”

“It’s really important to us,” Albrecht said about winning the tournament. “In order to become a district champion, I think we needed to have a taste of a championship first. I think this is a step towards where we want to be and what we want to do. It’s not the ultimate goal by any means but it’s a great way to close out a year.”

For the first time in Renshaw’s career, her team was able to capture the tournament title. The senior said it feels gratifying to finally win the championship in her senior season.

“(Senior) Emily Long and I have been spending our Christmas breaks here since freshman year and it’s just really great to see us improve,” Renshaw said. “… It’s cool to see just how far we’ve grown and it’s great to win.”

Defense was the main course in the battle of the dogs early on. As time expired in the first quarter, Sundell found a wide-open Cullin for an easy layup. Maryville was able to take a 23-18 lead into the halftime intermission.

“First of all, Cori Elms is a great coach,” Albrecht said about East Buchanan. “There’s a reason she’s won 300-plus games. She’s a tremendous coach and she had her girls very well prepared. They really threw us out of sync offensively because she did such a good job coaching them … that game could’ve went either way.”

The Bulldogs started to make a charge in the second half as the Spoofhounds sputtered. East Buchanan took advantage of the stagnant offense as it took the lead with 4:16 left in the third quarter.

The lead wouldn’t last long as a charge led by Sundell helped the Hounds take a 32-25 advantage into the final eight minutes of play.

Midway through the fourth, East Buchanan muscled its way back to even with chippy play and three-point shooting. Maryville seemed timid as the Bulldogs were making their charge.

“East Buchanan did such a good job on their defense,” Albrecht said. “They did a great job hedging those screens and when they did that we didn’t react very well. … Once again, I just have to go back and say coach Elms did a really good job.”

Coach Elms and company tried to milk as much time off the clock as possible but it didn’t stop the Spoofhounds’ defense. Maryville forced a stop and got its best player to the free-throw line to win the game for them.

The Spoofhounds will have eight days off before they host St. Pius X to kick off the second half of their schedule.