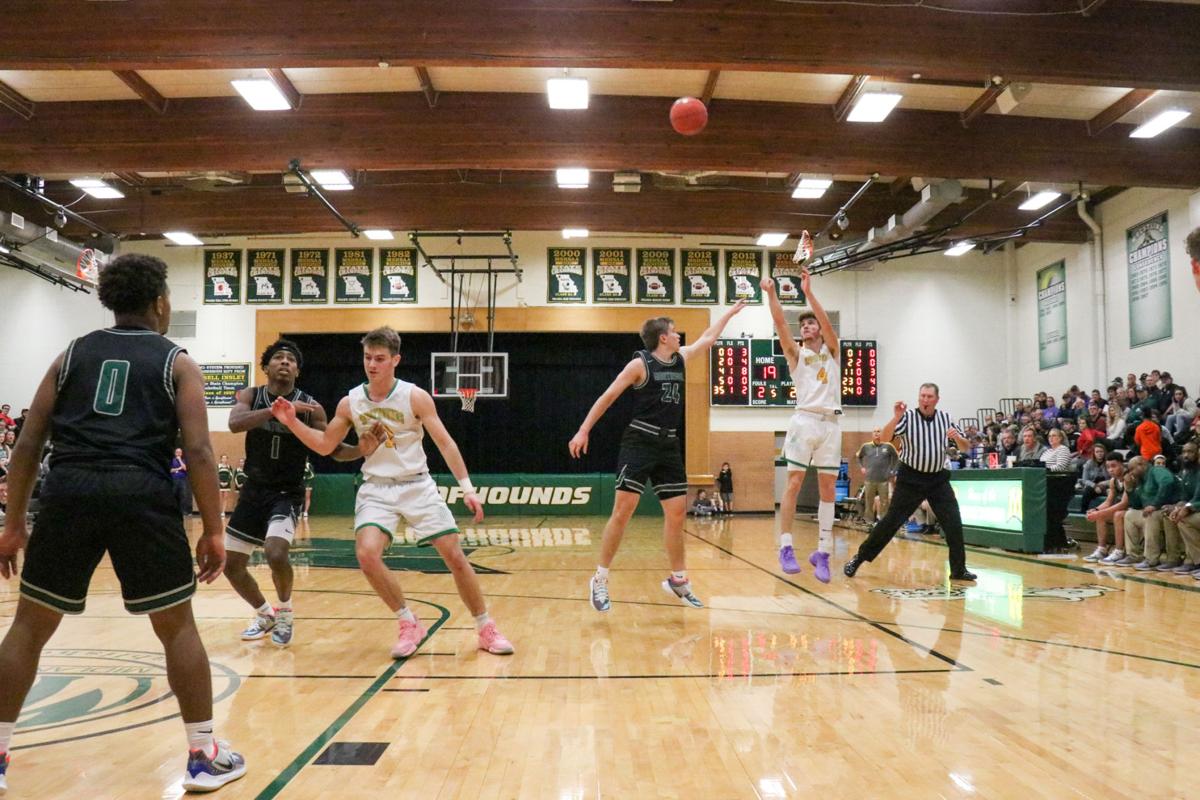 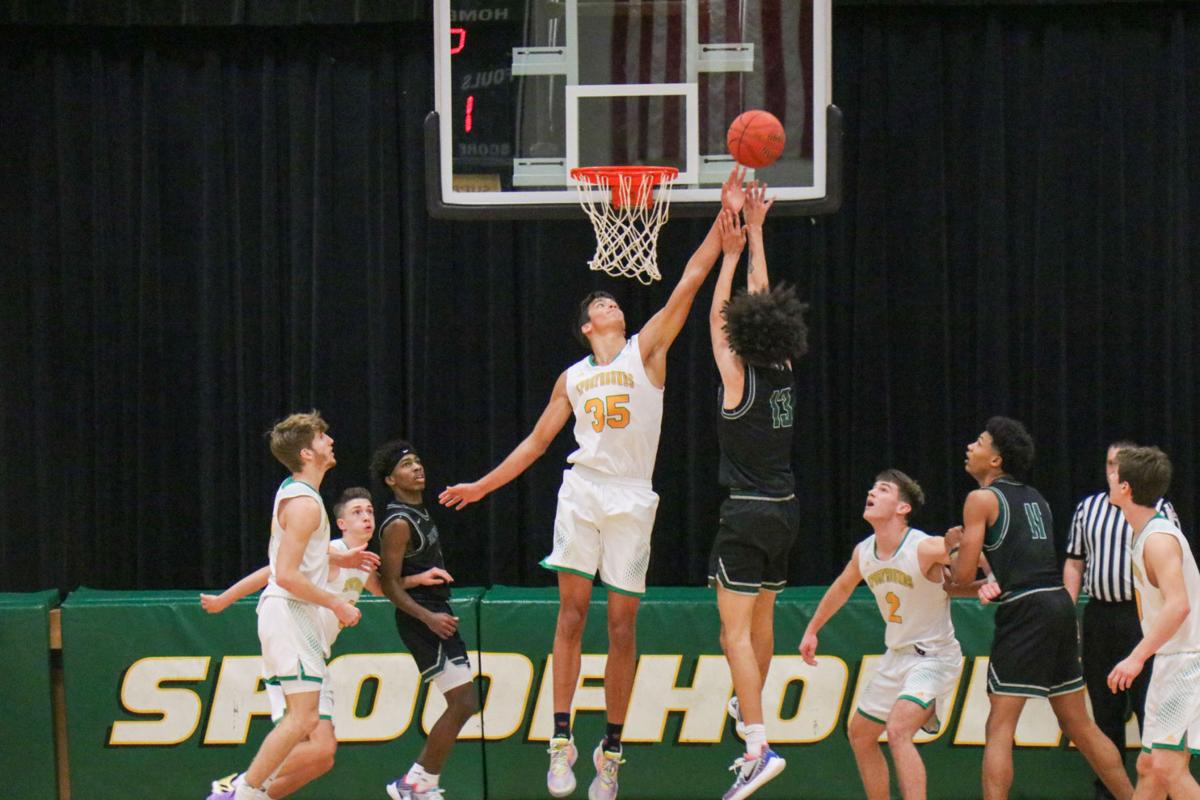 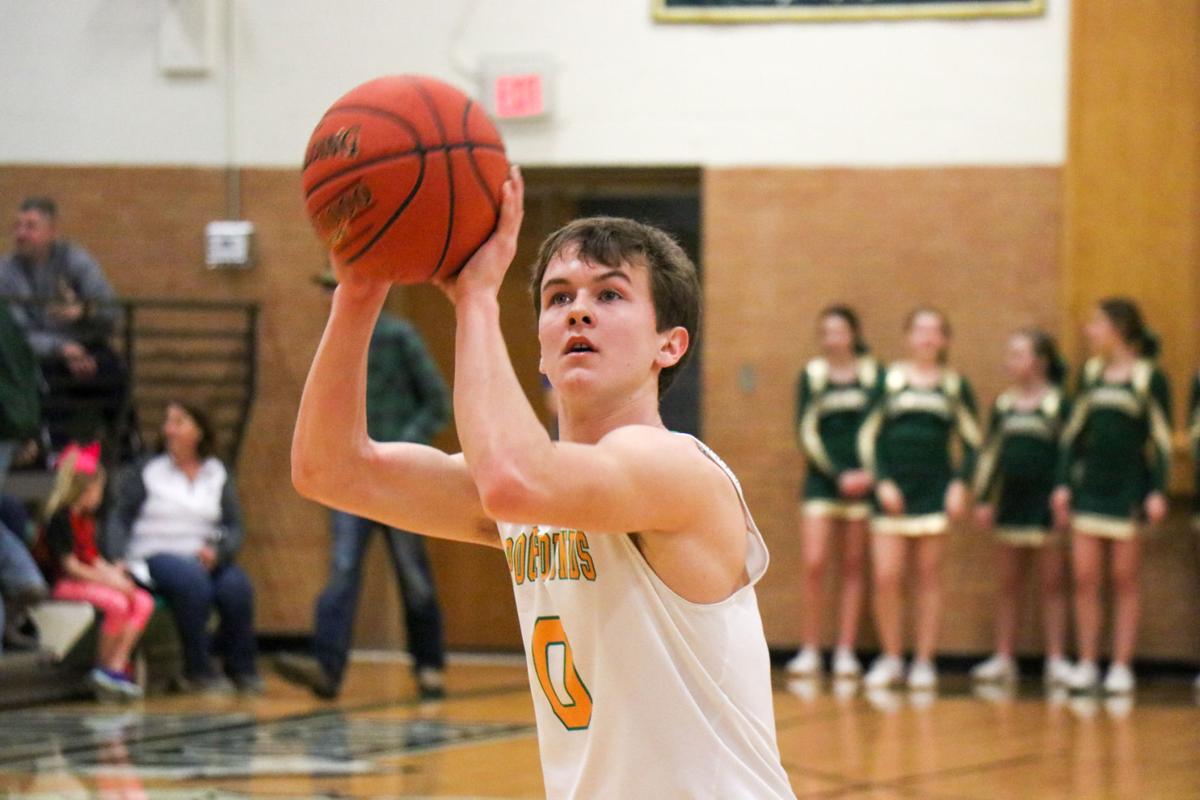 MARYVILLE, Mo. — After getting out to an early advantage, the Maryville High School boys basketball team was unable to stave off the visiting Lafayette Fighting Irish, dropping its first conference game of the season 48-45 Thursday.

The Spoofhounds (2-6, 0-1 MEC) were able to jump out to a 15-5 lead thanks to two three-pointers from guard Tate Oglesby. The 6-foot-1 senior would finish the first quarter with eight points and help Maryville maintain a double-digit lead into the second quarter.

“After our Monday game against Lathrop where we started out so slow … we started to get some confidence,” coach Matt Stoecklein said. “I think that showed in the beginning of the game. They’re starting to gather confidence in themselves offensively and defensively so that helped us get that start.”

Junior Trey Houchin exited the game in the early part of the first quarter with an apparent lower-body injury. He wouldn’t return for the rest of the contest. Matt Stoecklein said Houchin’s absence was felt especially when other players got into foul trouble.

“Trey plays with so much heart and so much energy,” Matt Stoecklein said. “He’s that linebacker for you on defense. He’s just there and he’s an unmovable wall. He has that mentality that he’s going to go out and fight hard and losing that energy and effort really hurt.”

“It’s a huge confidence boost,” Caden Stoecklein said. “We just went into the game knowing we were going to work hard. When Tate (Oglesby) got into foul trouble they started to battle back but we battled back. It just helps a lot to get out (in front) early.”

With its newfound momentum, Lafayette controlled the game after the intermission. The Irish started the third quarter on an 8-0 run to knot the game at 27-27. Tensions were rising at the Hound Pound as questionable officiating was frustrating both teams.

Lafayette benefited from the tension as Matt Stoecklein was charged with a technical foul that resulted in a six-point swing for the Irish. After taking the lead, the Irish wouldn’t surrender it again.

“I told the boys, ‘Hey, sorry I did that,’ and they said, ‘No, coach, you’re fine,’” Matt Stoecklein said. “But they bounced back from it. We got down but we came back and we gave ourselves a shot at the end of that game to win it.

The Spoofhounds tried to overcome the momentum swing with a Caden Stoecklein three-pointer before the third-quarter buzzer cut the Irish’s lead to 36-33.

Houchin’s absence was once again felt when junior forward Ben Walker fouled out. Junior Marc Gustafson and Caden Stoecklein whittled the Lafayette lead to 46-43 after falling down 42-35.

“With Trey hurt, that’s just hard,” Caden Stoecklien said about Houchin’s absence. “It hurt us for him to get hurt that early.”

Even though the Irish struggled to make free-throws, they wouldn’t go away, making the final couple from the charity stripe that mattered. Oglesby’s desperation three-point attempt at the end was wide left.

“What we’ve got to get a little bit better at is some of our decisions,” Matt Stoecklein said. “On the half-court offense we’re still turning the ball over a little too often and making some mistakes there but I’m super proud of what they did.”

Maryville will be back in action at 3 p.m. Saturday as the Hounds travel to Kansas City, Missouri, to take on Center High School in a non-conference matchup.