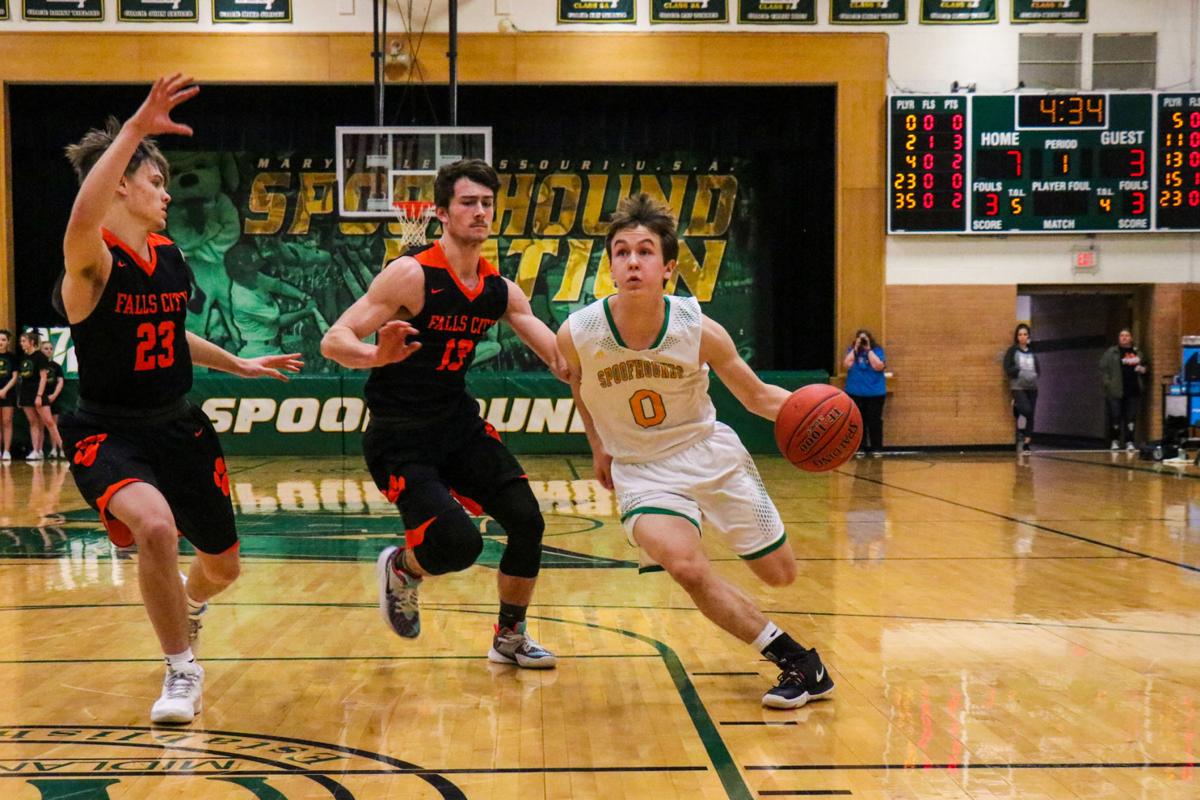 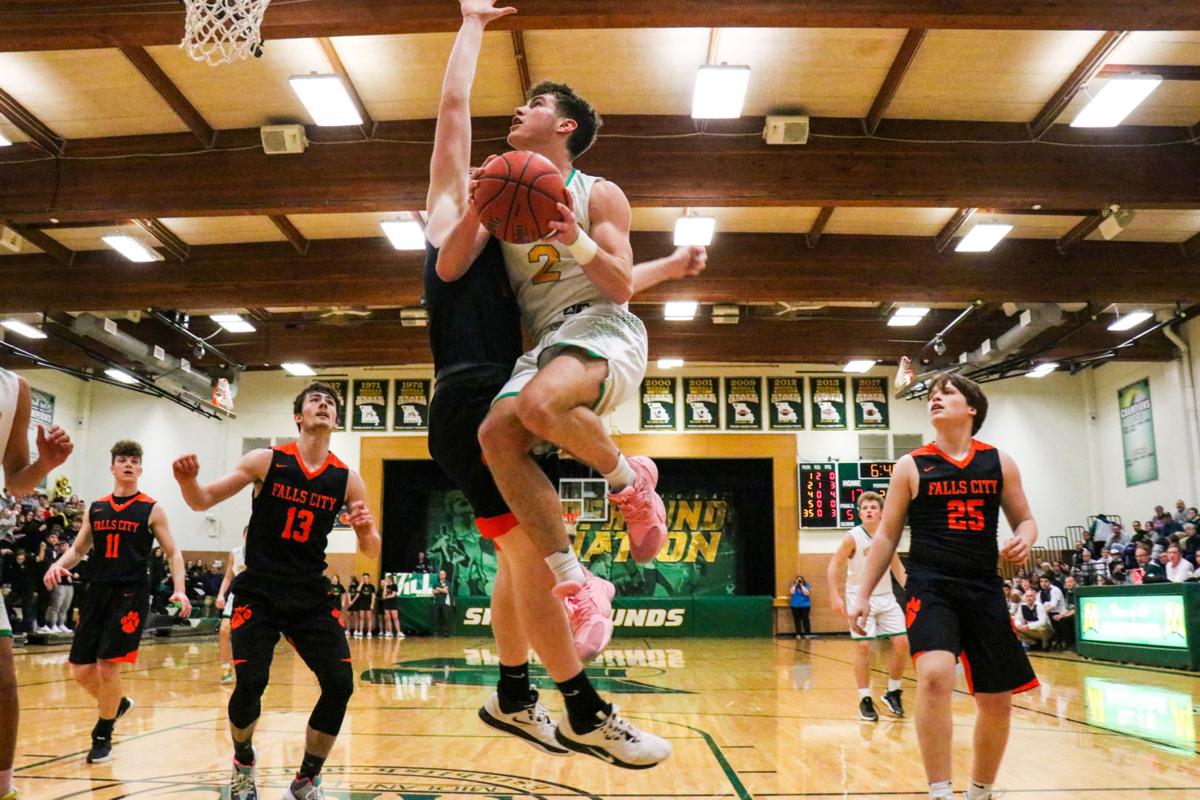 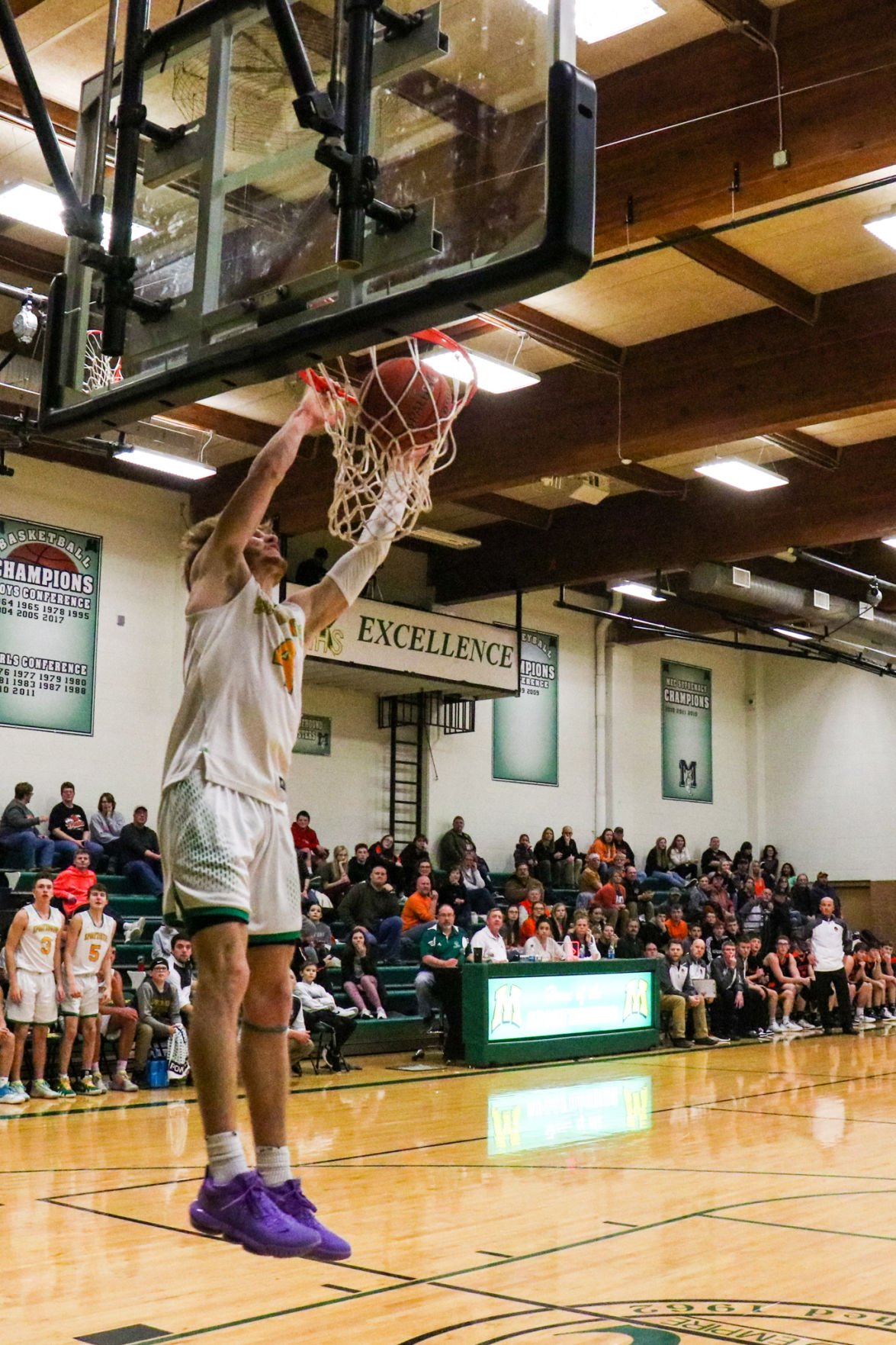 MARYVILLE, Mo. — The Maryville High School boys basketball team was able to complete a doubleheader sweep against the visiting Falls City Tigers with a 70-53 win Thursday.

Following a loss to conference rival Chillicothe Tuesday where two Hornets combined for 53 points, the Spoofhounds (3-7, 0-2 MEC) were looking for a confidence boost heading into Thursday’s matchup.

“We always want to start hot, that’s our goal,” senior guard Tate Oglesby said of the team’s outlook heading into its first home game in a week. “That’s goal No. 1 going into the game. When we come out hot it opens up everything else on the court. We’ve got guys that can knock it down from all three levels. It gets things going.”

Maryville did just that, starting the first quarter by jumping out to a 7-2 lead in three minutes of game time. The Tigers were able to battle back and narrow the lead to 17-11 at the end of the quarter and tighten the lead further to three points by the end of the first half

Falls City was able to get impressive finishes from all around the court, much like Chillicothe was two nights ago. Head coach Matt Stoecklein said the message to his guys at the end of the first half was simple.

“We just needed to go out and pressure them more and get into help more,” Matt Stoecklein said.

The adjustment showed in the second half as the Hounds allowed seven points to the Tigers in the third quarter.

“I’d say he’s getting more comfortable out there,” Matt Stoecklein said of his son’s performance. “Early on I think he didn’t want to shoot that many shots and as long as he’s taking those shots, those quality shots (he’s fine).”

Offensive execution appeared much cleaner than it had in past games as ball movement was a common theme.

Earlier in the season, Maryville relied heavily on the scoring talents of Oglesby but for the second-straight game, the Hounds had two other players in double figures besides the senior guard.

Caden Stoecklein was the leading scorer for the Spoofhounds as he notched a career-high 23 points, Oglesby recorded 19 while junior forward Ben Walker notched 14.

The freshman point guard said the attention that Oglesby draws is beneficial for both of them.

“(In) every game they know who Tate Oglesby is because he’s come back year after year getting buckets,” Caden Stoecklein said. “That just opens up things for me to help our team win. If I get going it open’s up things for him as well.”

Maryville closed out the game with 20 points in the final quarter. Matt Stoecklein said he believed this was his team’s most complete game to date.

“We needed it,” Matt Stoecklein said about the win. “What I also liked too was the number of assists we got tonight too … we cut back on the turnovers tonight … so I’m very happy about that.”

The Spoofhounds will go back on the road Tuesday as they travel to Mid Buchanan to take on the Dragons at 7:30 p.m.

Maryville girls basketball gets back on track with dominant win

MARYVILLE, Mo. — The Maryville High School girls basketball team was able to breeze past visiting Falls City with a 66-35 victory for its 12th…