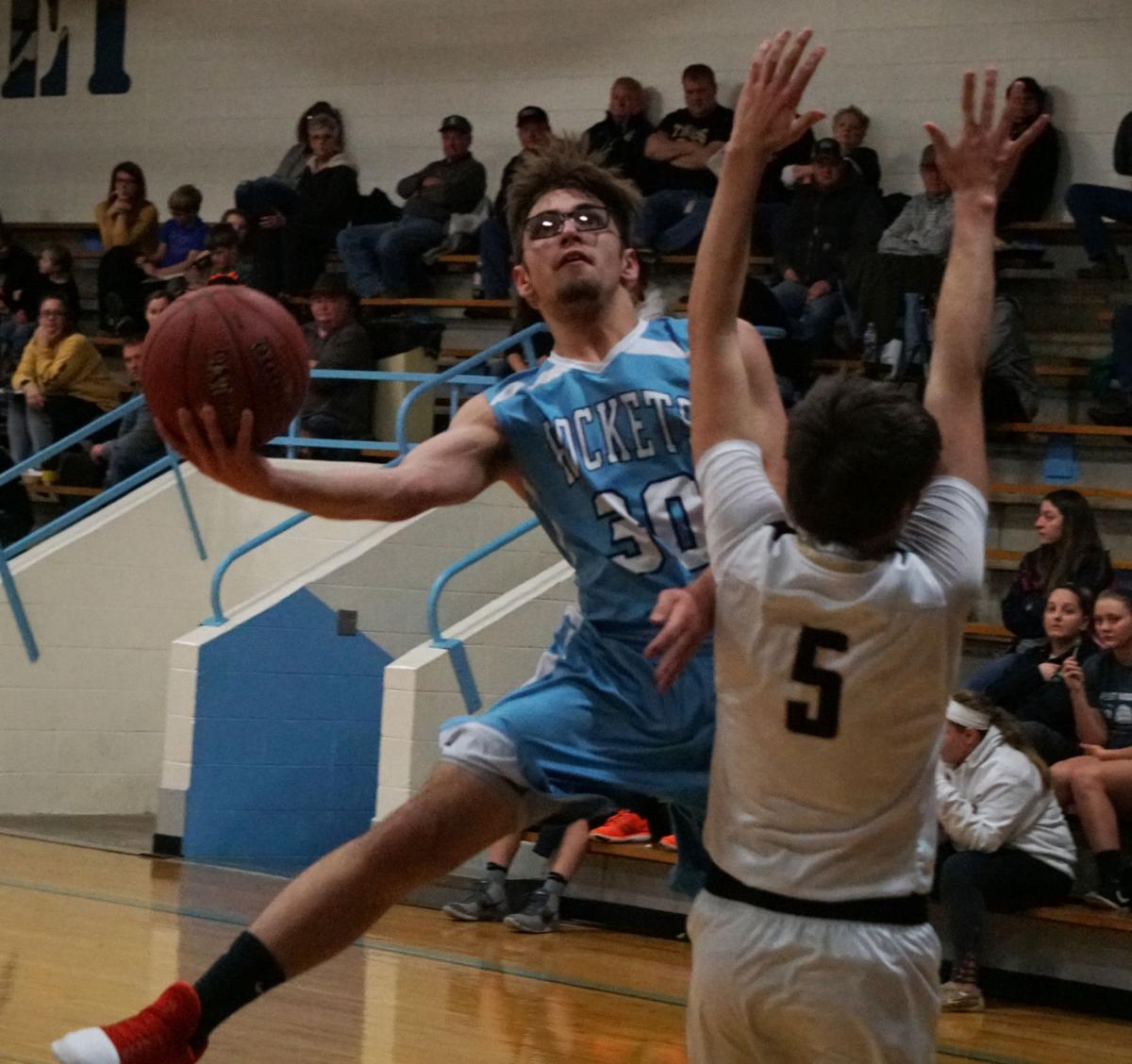 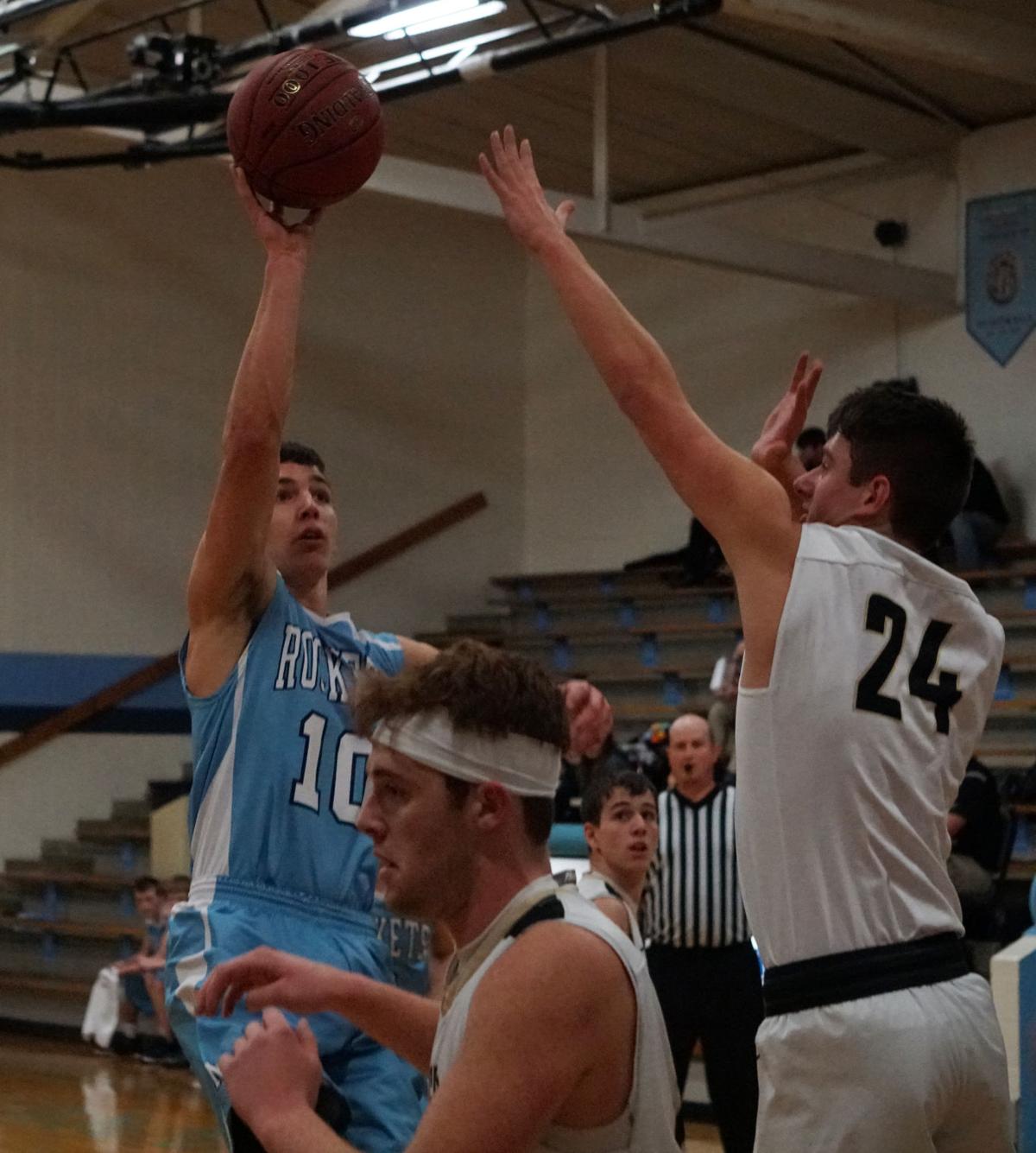 BURLINGTON JUNCTION, Mo. — West Nodaway coach Kolton Jones isn’t asking for too much. He just wants his whole team back at some point.

The Rockets have been dealing with illness for some time now and in particular junior post player Brody Beason has been trying to battle through it. It cost the only true post player the Rockets have a game in the Fairfax Tournament a couple weeks ago and now Beason was sidelined again for for another tournament opener.

Beason’s absence could not fall on a worse game for the Rockets as they faced the largest team on their schedule with Worth County. To make matters worse, the second biggest player for the Rockets, Dylan Carden was also battling illness. Although Carden played, the was limited in minutes.

Without Carden and Beason, West Nodaway was left to battle a monstrous Tiger front line with freshman Tyler Blay being the only player to reach six-foot.

“At the beginning of the game, I told the guys not to be intimidated by these boys,” Jones said. “They are big boys, but as long as we take it in strong to them and body them up, we can draw some fouls.”

The Rockets were unable to overcome that disadvantage as they fell 76-42 against the Tigers.

Worth County got out to an extremely fast start by building a 24-6 lead at the end of the first quarter.

“Worth County is a good team with big boys that can take it to the hoop and they have a good point guard,” Jones said. “I think if we get healthy and we do the little things like boxing out and rebounding, I think we can play with these guys.”

The Rockets have shown all year that they are a group that keeps fighting and they did just that despite the lack of size and depth. A pair of foul shots and a three by junior Korbin Koch got the Rockets within 26-16 early in the second quarter.

“I know we took a loss, but I was really proud of the boys and their effort while not giving up,” Jones said. “They went all out for four quarters.”

West Nodaway sophomore Eli Sanders scored on an ‘and-one play’ to slice the lead to single digits at 30-21 midway through the second period. The Tigers kept leaning on the Rockets though and rattled off a 12-0 run by feeding their behemoths inside.

The lead was 44-23 at halftime and by the end of the third quarter, it was 65-35, meaning a running-clock for the fourth quarter.

Despite standing at just 5-foot-10, Sanders was able to battle the Worth County posts inside and he finished with a Rocket-high 12 points.

“He has improved a lot,” Jones said. “He is getting more minutes. He is being aggressive and he is doing the little things we ask him to do. That is how he is earning those minutes.”

Koch joined Sanders in double figures with 10 points. Senior David Hull and Blay each had eight while Carden battled through his illness for three and junior Parker Ogle added one.

The Tigers were led by big-man Drake Kinsella with 25 points while senior Cade Allee had 18 and senior Ryan McClellan added 14.

The Tigers will try to punch their championship-game ticket on Wednesday when they play North Nodaway at 6 p.m. West Nodaway will look for a bounce-back win against North Nodaway on Tuesday at 9 p.m.