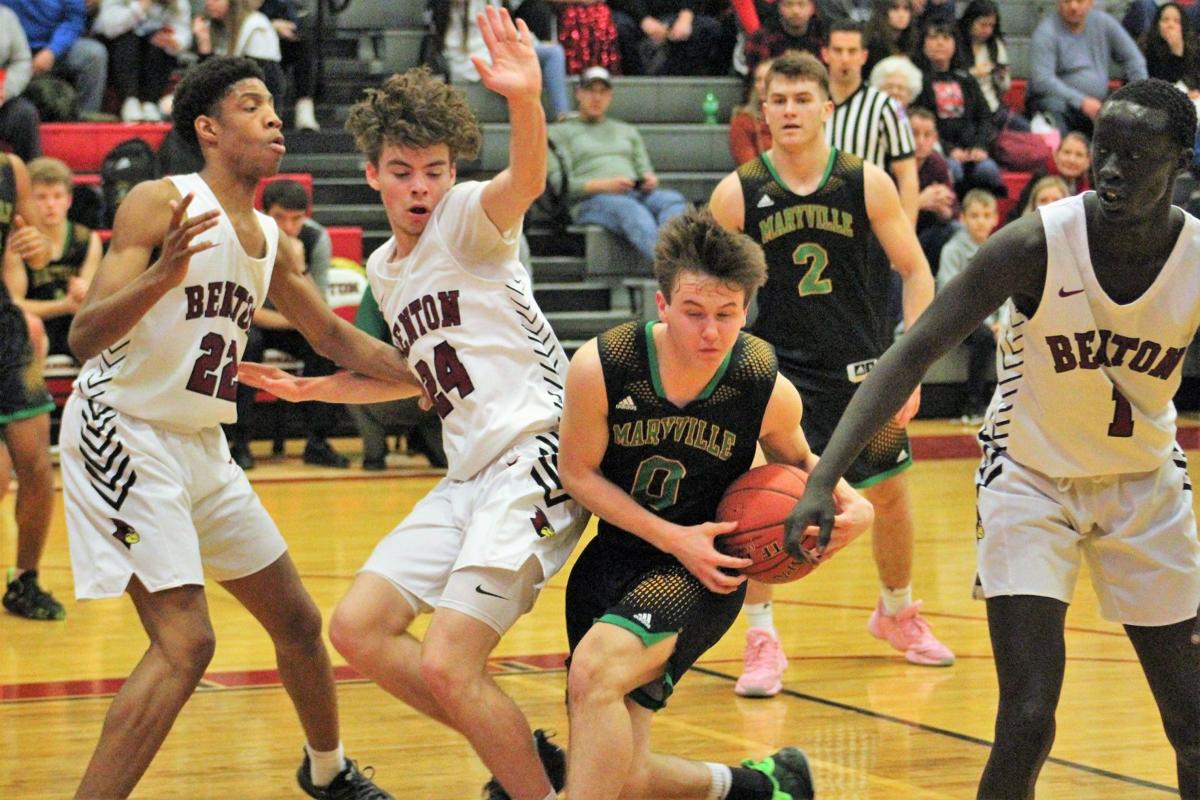 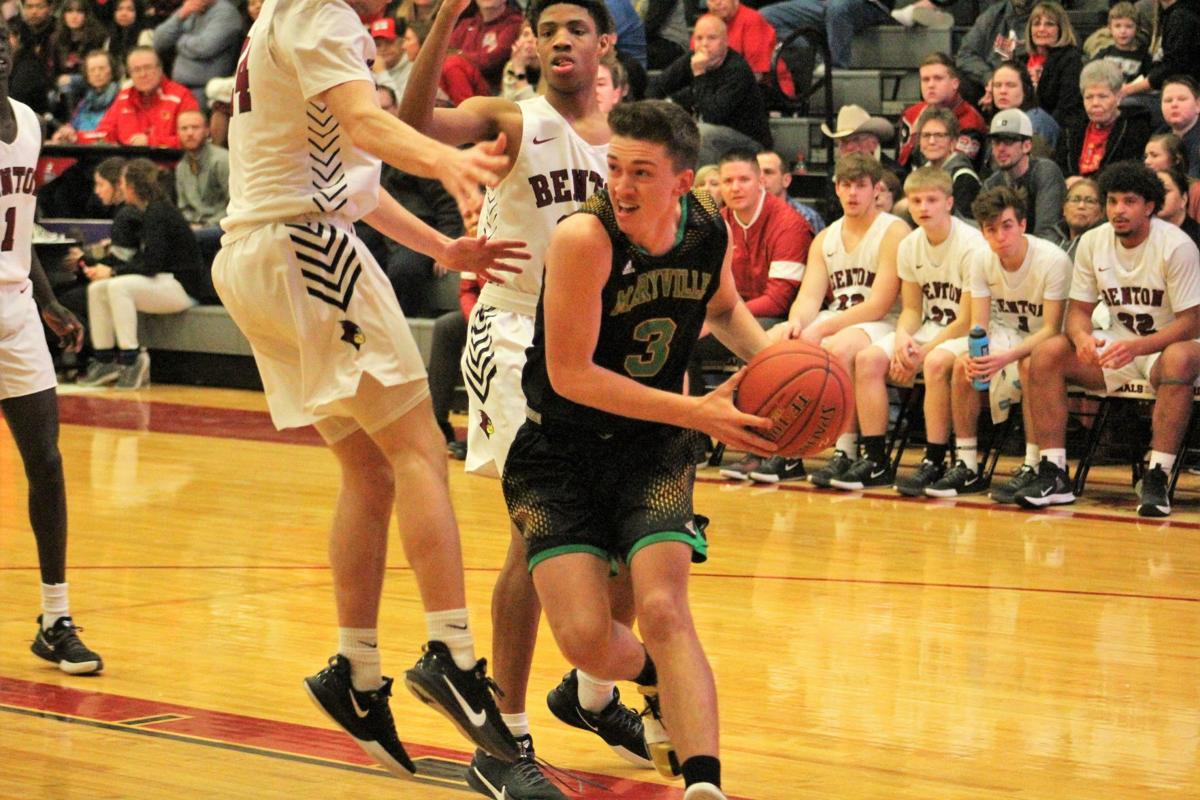 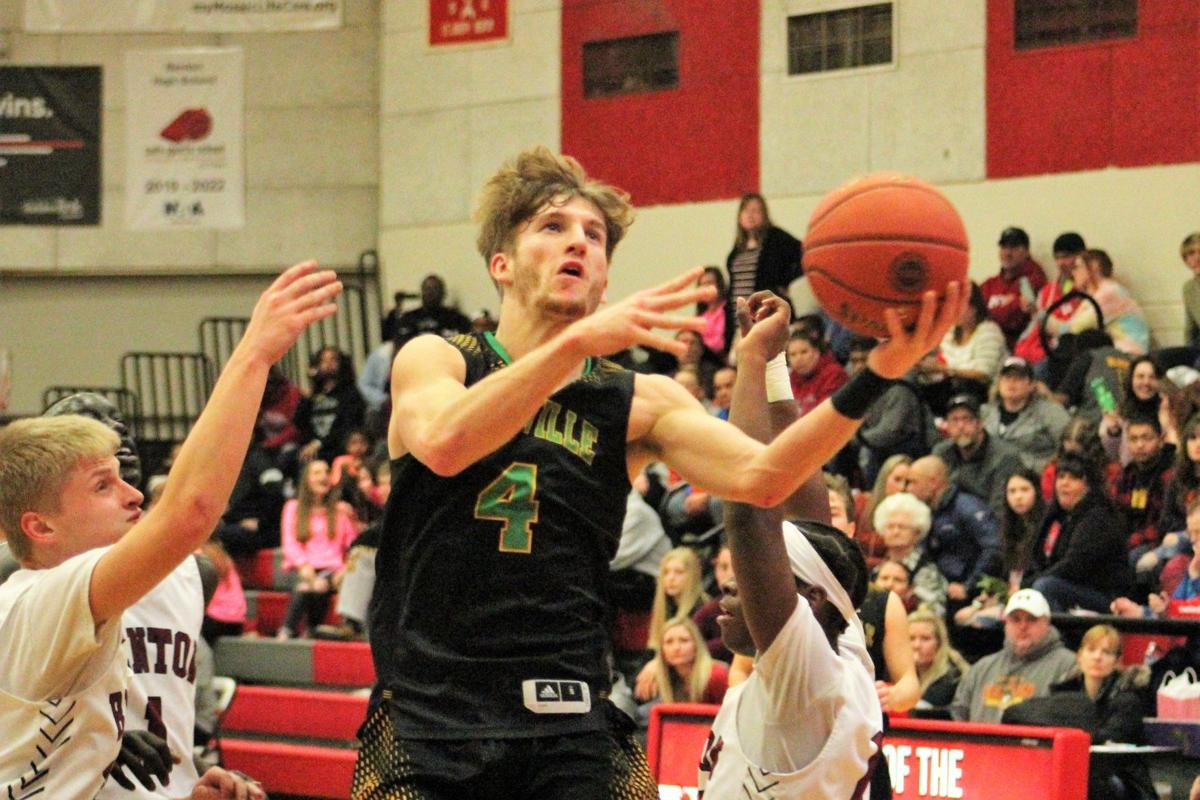 Maryville's Tate Oglesby goes up for a layup. 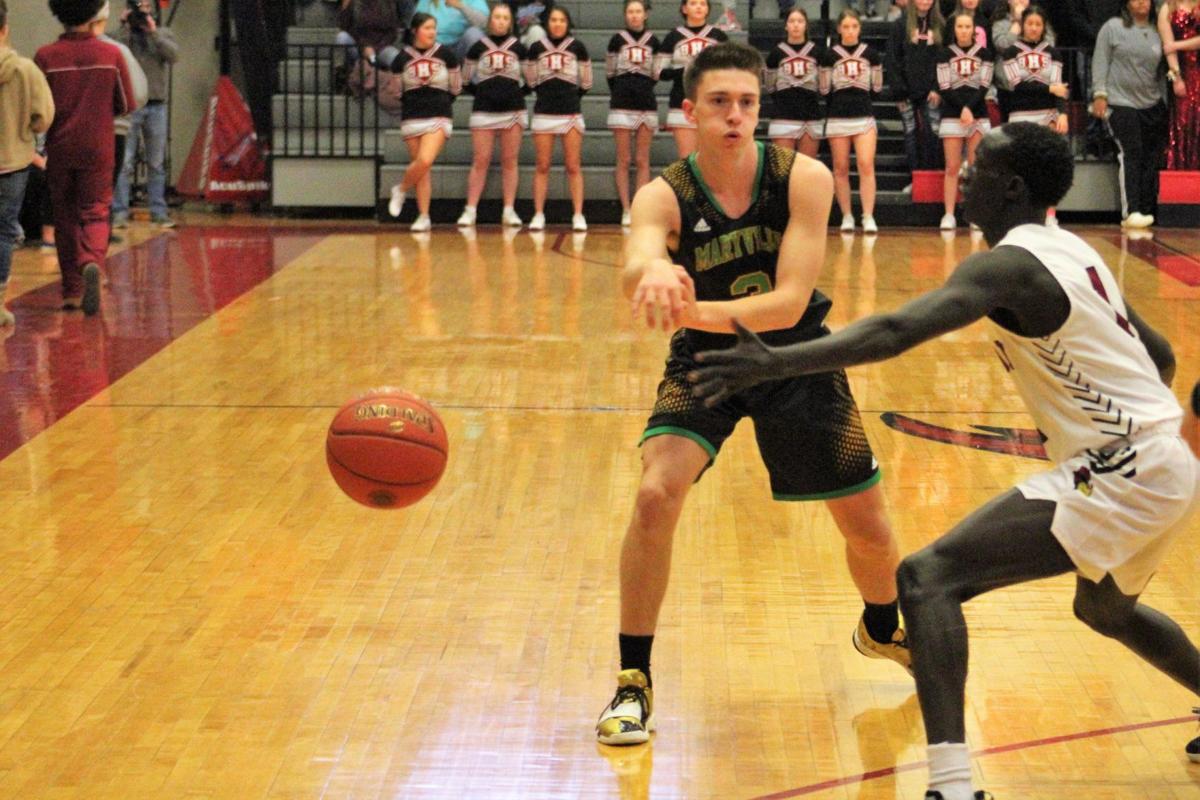 Maryville's Tate Oglesby goes up for a layup.

“We reverted back to some, now (junior forward) Marc Gustafson is really starting to improve,” Maryville head coach Matt Stoecklein said. “But we went back to taking bad shots, back to not being tough enough and hey, they’re going to give it to us and we kind of accepted it.”

Maryville jumped out to an early 7-5 lead in the first three and a half minutes of the game but the Cardinals then took over, scoring 12-straight to end the first quarter.

Benton’s Allan Coy and Chol Ater created problems for the Spoofhound defense throughout the game and it started with the two guards combining for 10 of the 12 points scored at the end of the first quarter.

Senior guard Tate Oglesby and Gustafson each notched a basket to cut the Cardinal lead to five midway through the second quarter. Coy answered with a three-pointer to extend the Benton lead to 20-11.

Oglesby kept the momentum in Maryville’s favor with a three-pointer at the 2:44 mark. The senior guard then blocked a shot attempt on the Cardinals’ next possession before drawing a foul on the transition.

Coy and Ater each made a three-pointer over the final minute and a half of the second quarter, giving the Cardinals a 26-16 lead at halftime. Oglesby led the Spoofhounds with five points in the first half.

There were very few positives for Maryville in the second half. Ater scored on the half’s opening possession, then a turnover on the Spoofhounds’ first possession led to another Cardinal basket. Benton outscored Maryville 9-5 over the final five minutes of the third quarter to take a 39-24 lead into the fourth.

The game’s final quarter was one to forget for the Hounds, as they were outscored 24-8. Even after Stoecklein pulled his starting five, the Cardinals continued to keep Coy and other starters in for the final few minutes. Coy led all scorers with 31 points.

Maryville's 34 points was its lowest output of the season. Benton has held the Spoofhounds to their two lowest scoring totals of the season. Oglesby led Maryville with 11 points, while Gustafson was second on the team with nine points.

The Hounds will wrap up the regular season with three games next week, as they travel to Kansas City Center on Tuesday, Mid-Buchanan on Thursday and put a cap on the season Friday at home against Savannah.

“That was my speech in there, we just got it handed to us and I hope you respond on Monday, Tuesday, Wednesday, Thursday and Friday of next week,” Stoecklein said. “I hope it fuels them to never let anything like that happen again. I hope this motivates them.”