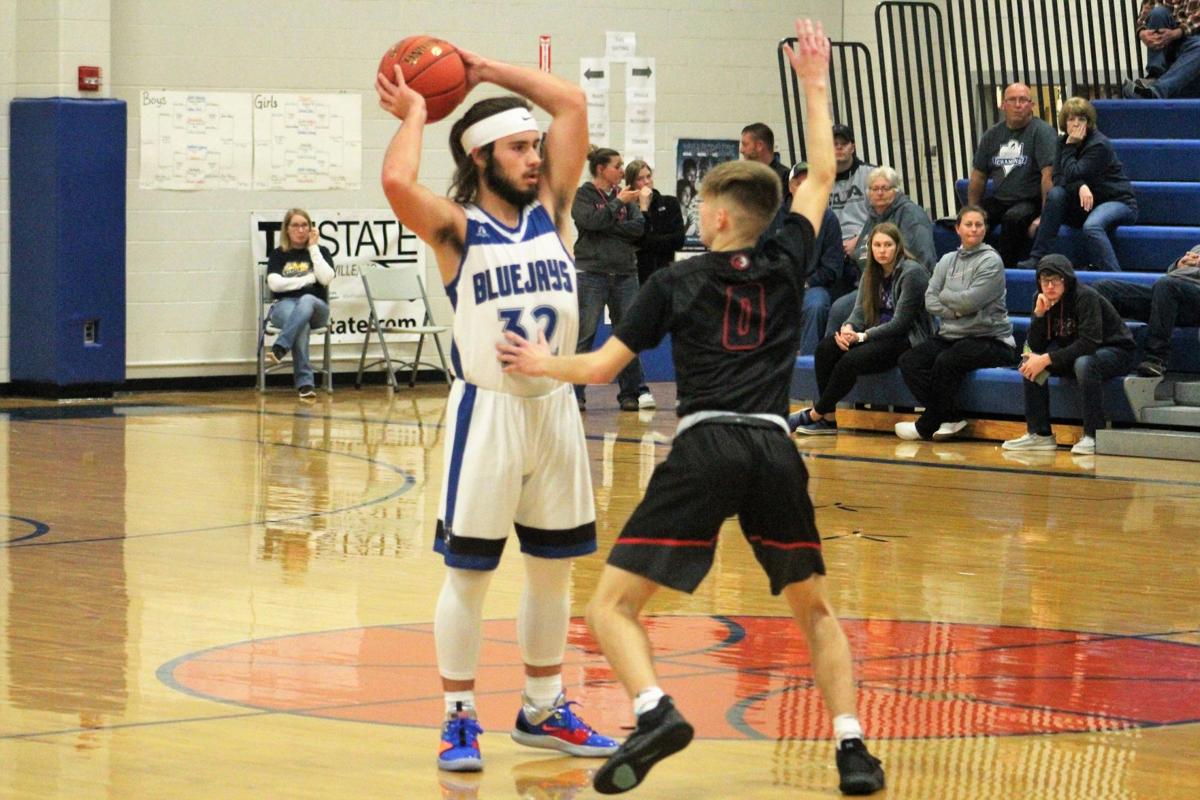 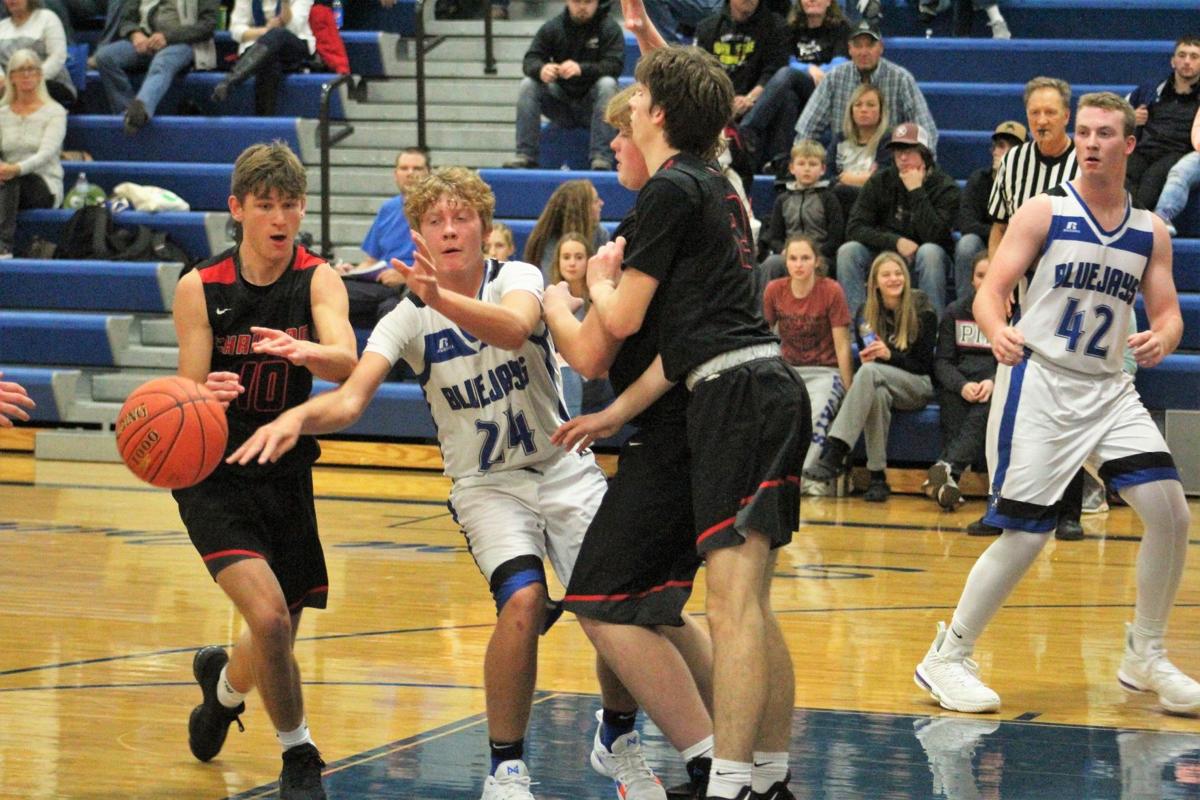 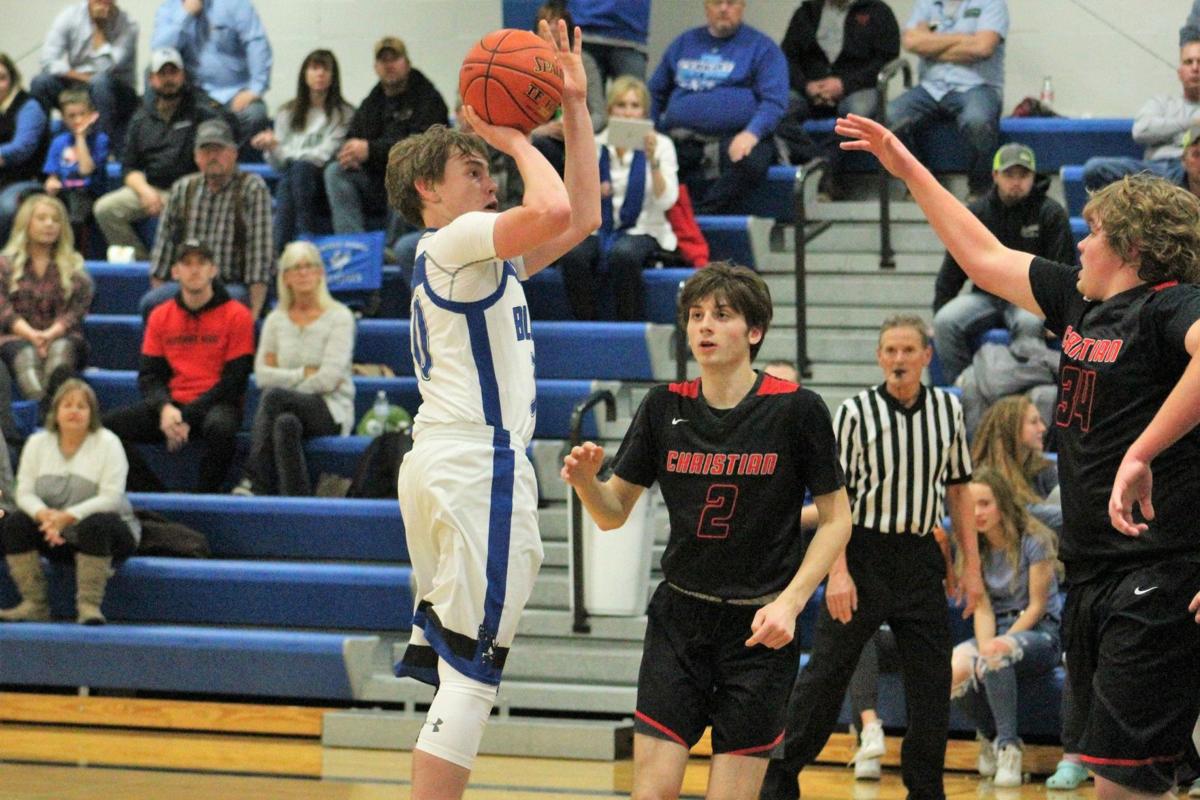 RAVENWOOD, Mo. — Four points. Four points is the difference between being 3-0 and 1-2 for the Northeast Nodaway boys basketball team after a 41-39 loss to the St. Joseph Christian Lions Wednesday night. The Lions defeated the Bluejays with a layup in the final second of the game to advance to the Platte Valley Invitational championship.

“I thought we battled. They’re fast, they’re athletic and they’re big,” Bluejays coach Rory Jackson said. “You know they like to push the ball and our game plan was to slow it down and they played to our pace. Other than a few mistakes, I think it was ours to have.”

The Lions opened with the game’s first basket, but it was really just the beginning of the tug-of-war match between the two teams. The Bluejays took their first lead with back-to-back baskets from Mitchell Sherry and Ben Boswell.

Northeast Nodaway stretched the lead to 10-5 with four-straight free throws. St. Joseph Christian then responded with its own 4-0 run to cut the lead to one at the end of the first quarter.

The Bluejays’ lead lasted less than two minutes into the second quarter as the Lions rattled off a 6-0 run to take a three-point lead. Christian held that lead for just over three minutes until Austin Pride’s four-point spurt gave his team a 20-19 advantage.

“I thought Austin did a great job, you know those guys are big and they were banging him around,” Jackson said. “He was getting double-teamed and did fairly well. You have to remember that he is just a sophomore, so he’s only going to get better.”

The Lions and Bluejays swapped the lead over the final two and a half minutes of the half, but it was Northeast Nodaway, taking a 22-21 lead into halftime. Pride and Boswell led the Bluejays with eight points each in the first half.

The two teams continued to wrestle for the lead early on in the second half. Northeast Nodaway began the third quarter with back-to-back baskets, but the Lions once again answered with a run of their own, scoring 11-straight over a six-minute stretch to retake the lead.

Reed McIntyre began the fourth quarter with four points to make it a one-possession game. The Lions responded with a basket to give themselves a 36-31 advantage. Pride and Boswell then combined for six-straight to regain the lead.

With 3:06 remaining, St. Joseph Chrisitan’s Aston Aborn gave the Lions a two-point lead with a three-point basket. The two teams then went on a scoring drought that lasted over two and a half minutes.

The Bluejays fouled the Lions with 56 seconds and 41 seconds remaining and Christian missed both free throws. With 18 seconds left, Pride was fouled and made both free throws to tie the game at 39.

St. Joseph Christian took a timeout with 13 seconds left in the game. With less than five seconds left, the Lions looked down low to Landon Swavey, who made a layup as time expired.

Pride led the Bluejays with 14 points and Boswell had 13 in the loss. Jackson felt like it was the best his team has played this season.

“We didn’t turn the ball over, you know we preach, preach, preach patience and valuing your possessions and offensive sets,” Jackson said. “I thought this was our best game of the year as far as doing those things.”