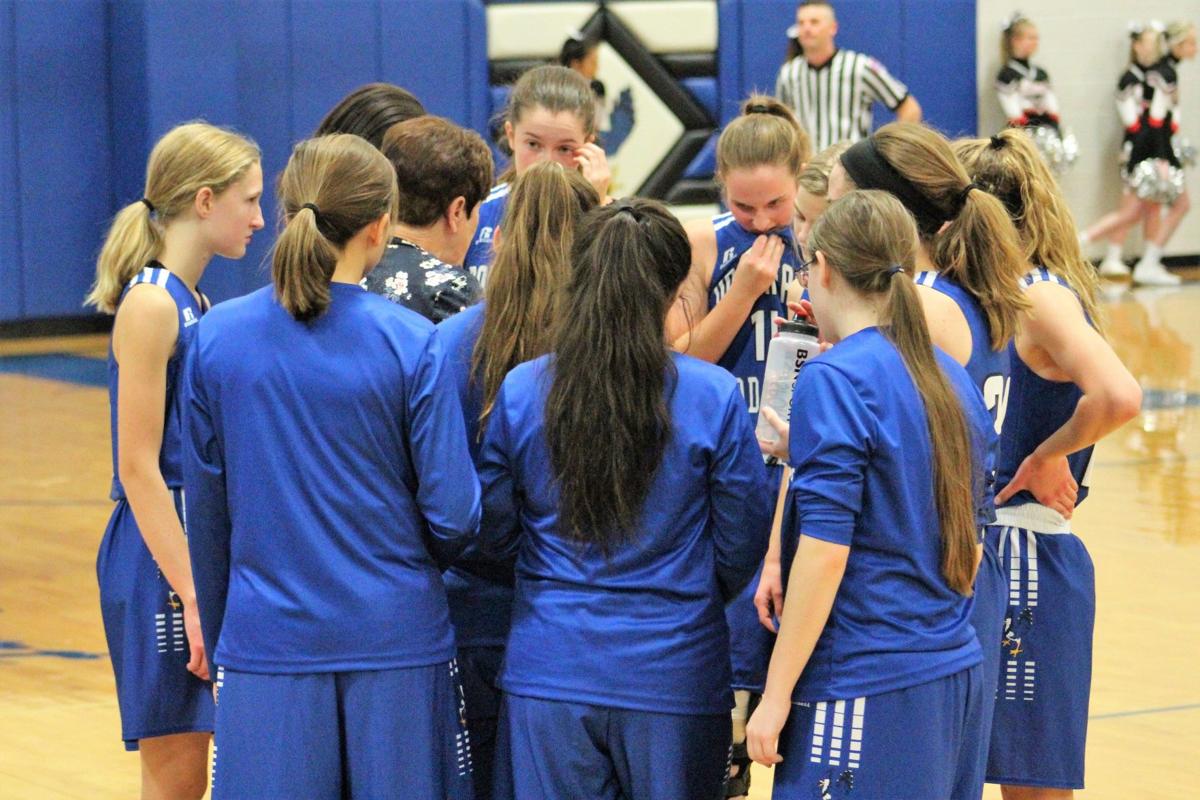 Northeast Nodaway coach Joyce Stiens talks to her team during a timeout Monday night in Ravenwood. 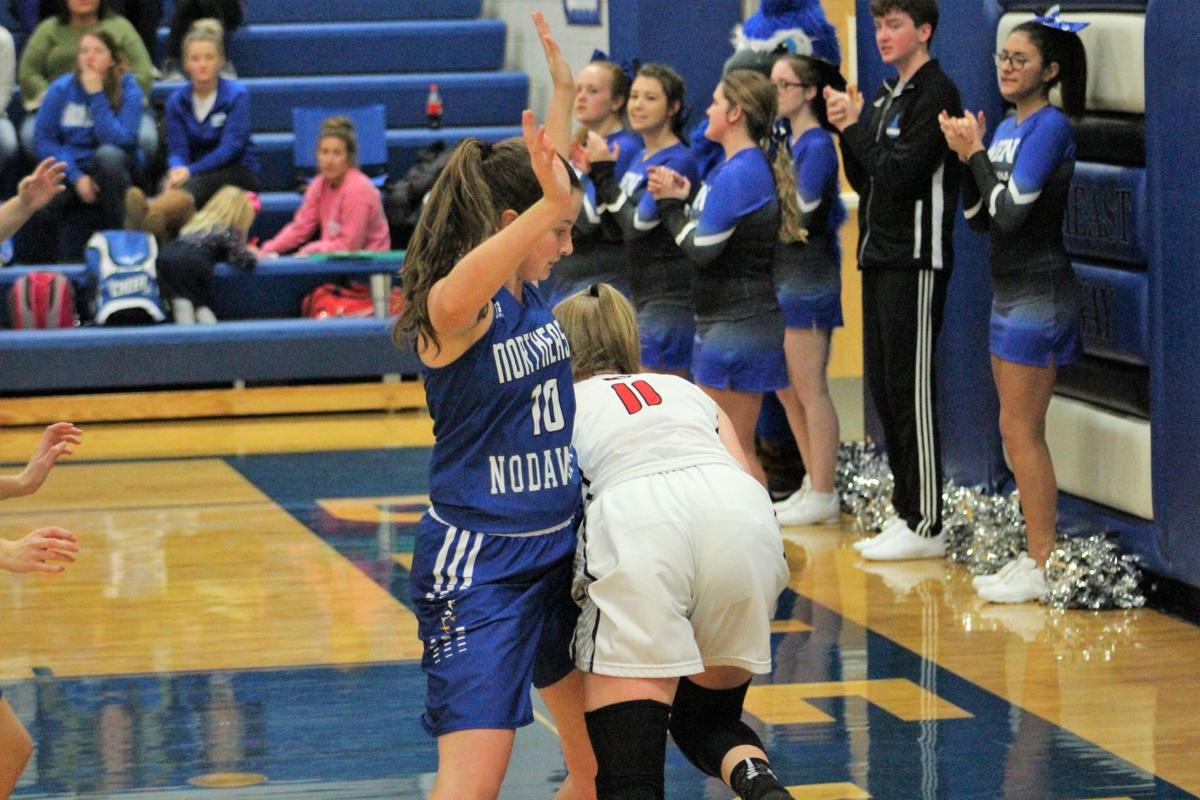 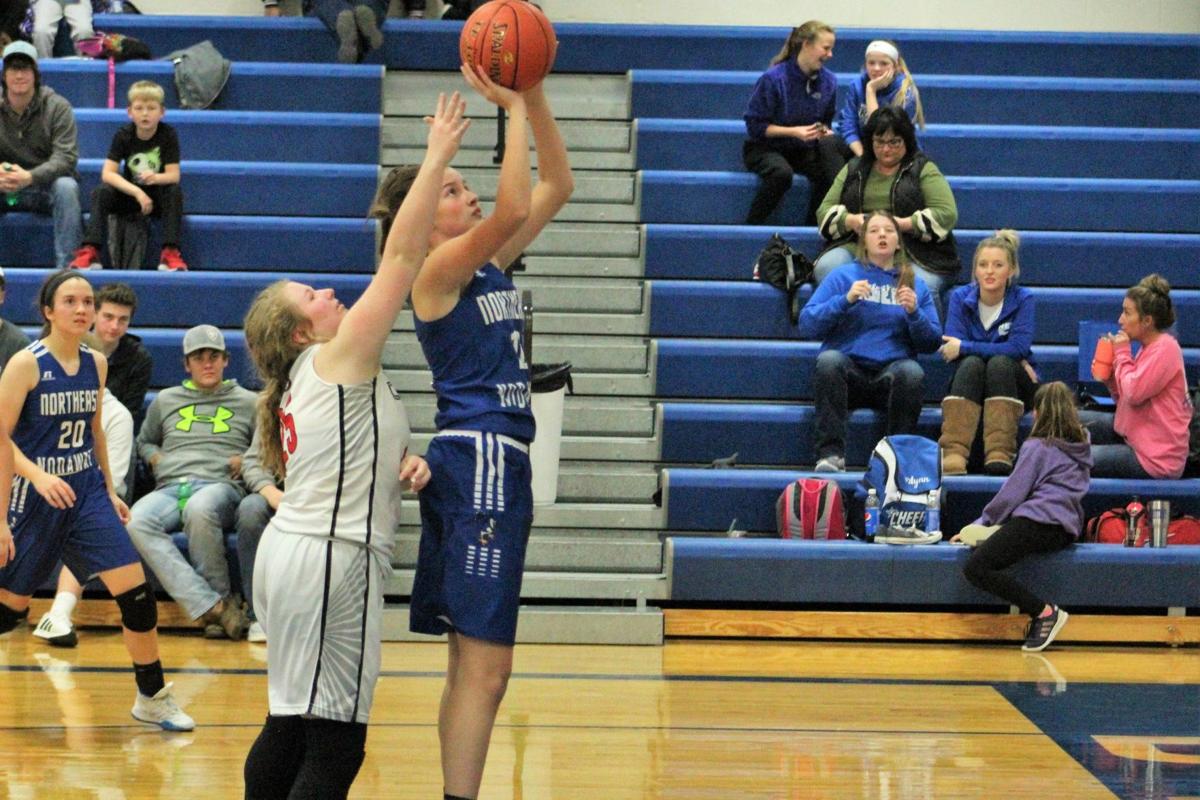 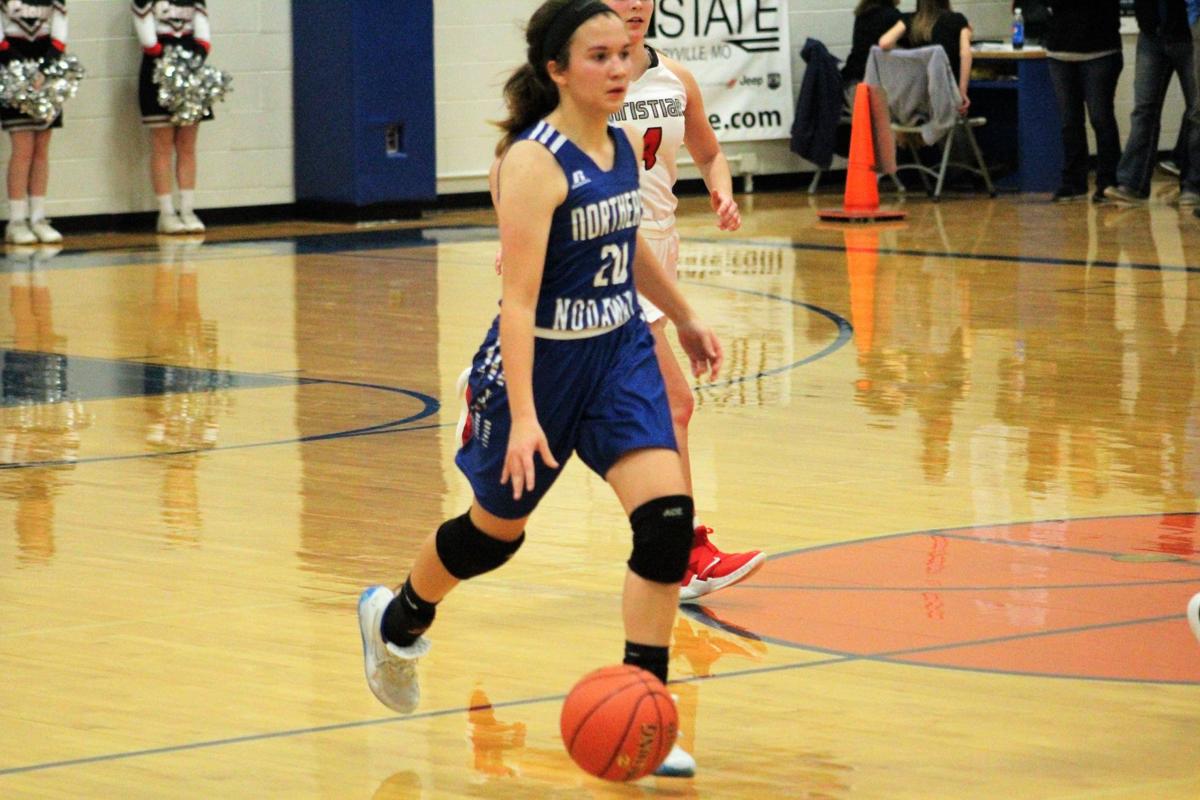 Northeast Nodaway coach Joyce Stiens talks to her team during a timeout Monday night in Ravenwood.

RAVENWOOD, Mo. – The Northeast Nodaway Bluejays knew coming into the season that there would be growing pains with their young team. What head coach Joyce Stiens wanted to see was progress, and Monday night she felt like her team show improvement in their 37-20 loss to St. Joseph Christian in the opening round of the Platte Valley Invitational.

“We’ve made a lot of progress since that first game; our defense was a lot stronger and we played harder,” Stiens said. “We had open shots at +[we just have to learn how to convert.”

Both teams struggled on the offensive side of the ball to start the game Monday night. The two teams traded missed shots for four minutes until the Lions’ Jacqi Carlson breakaway steal led to a layup with 3:58 left in the first quarter.

Northeast Nodaway struggled with the St. Joseph Christian press early as they gave up back-to-back steals that led to easy layups for the Lions. Jozlin Bennett’s basket gave Christian an early 4-0 lead.

The Bluejays’ first basket came with 3:30 left in the first quarter on a jumper from the top of the key off the hands of junior Angel Standiford. It was the only basket of the quarter for Northeast Nodaway, trailing 4-2 at the end of the quarter.

Cassy Redden cut the lead to one early in the second quarter with a free throw, but the Lions’ Ella Bowman extended the lead to three with another steal for Christian.

Standiford’s second basket brought the Bluejays back to within one. Morrow led Northeast Nodaway with six points in the first half.

Junior Anne Schieber cut the lead to two in the final minute and a half of the second quarter with a three-pointer and a free throw. St. Joseph Christian went into halftime with a 13-11 lead.

Standiford began the second half with her fourth basket of the game to tie the score at 13. Christian retook the lead at the 6:34 mark of the third quarter, but Reddon quickly tied the game at 15 one the Bluejays’ next possession.

But Bowman proved to be too much in the paint for the Bluejay defense, rattling off nine-straight points over the final five minutes of the quarter to give the Lions a 24-15 lead. Bowman led all scorers in the game with 17 points.

The Lions extended their lead to 11 early in the fourth quarter, but a 5-0 run cut the lead to six. The Bluejays final points of the game came at the end of that run with 6:19 left in the quarter.

“We got within six, but then we left a couple of girls open and kind of lost our momentum and that’s the way it is with younger teams,” Stiens said. “They have to experience all of this, but we’ll continue to work hard defensively and hopefully that scoring comes along.”

Standiford led Northeast Nodaway with 11 points in their opening round loss. Schieber was second on the team with four points.

The Bluejays will face Union Star tomorrow afternoon at 4 in Ravenwood. Union Star lost to Osborn in the opening round 55-18.