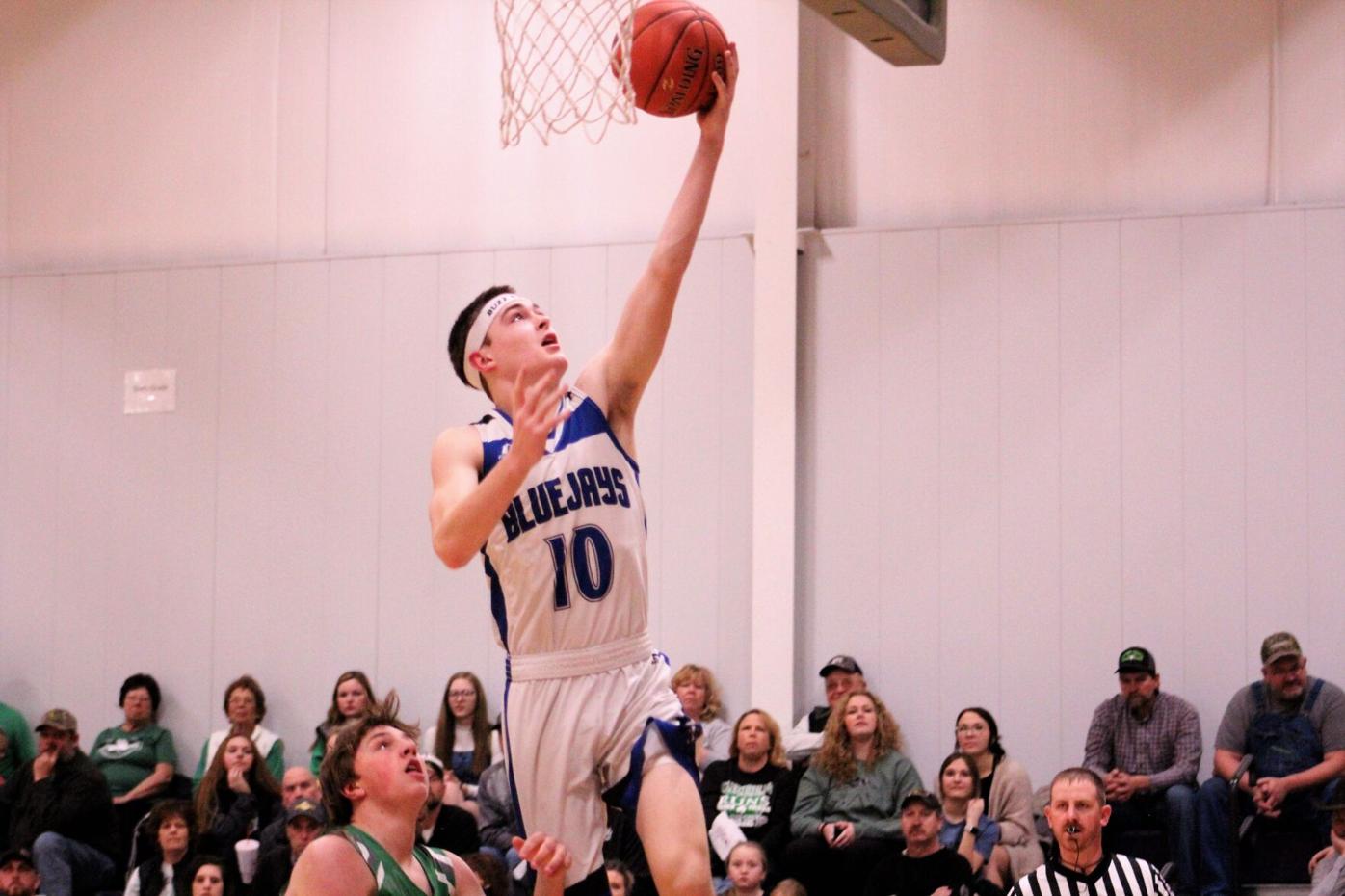 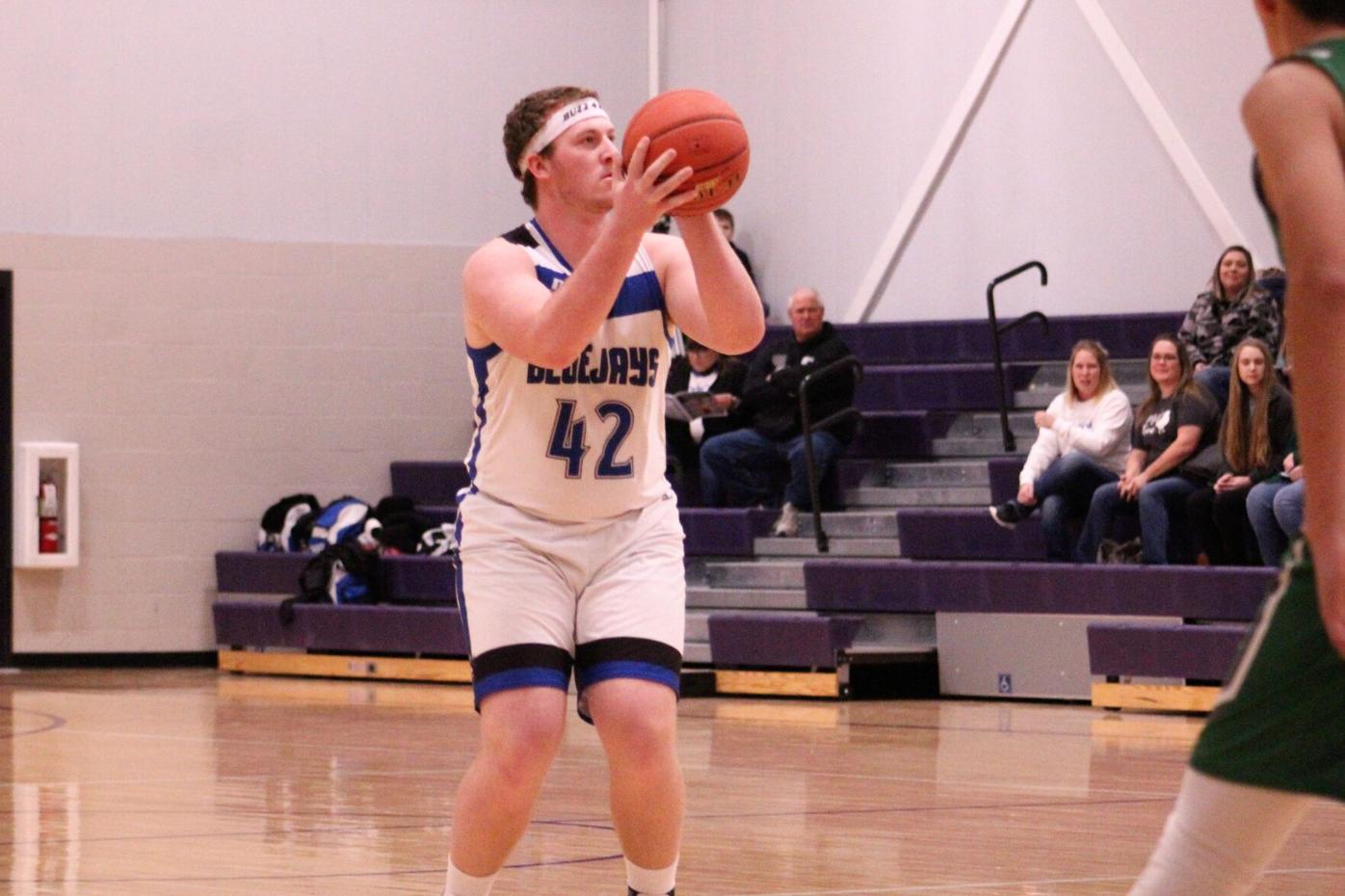 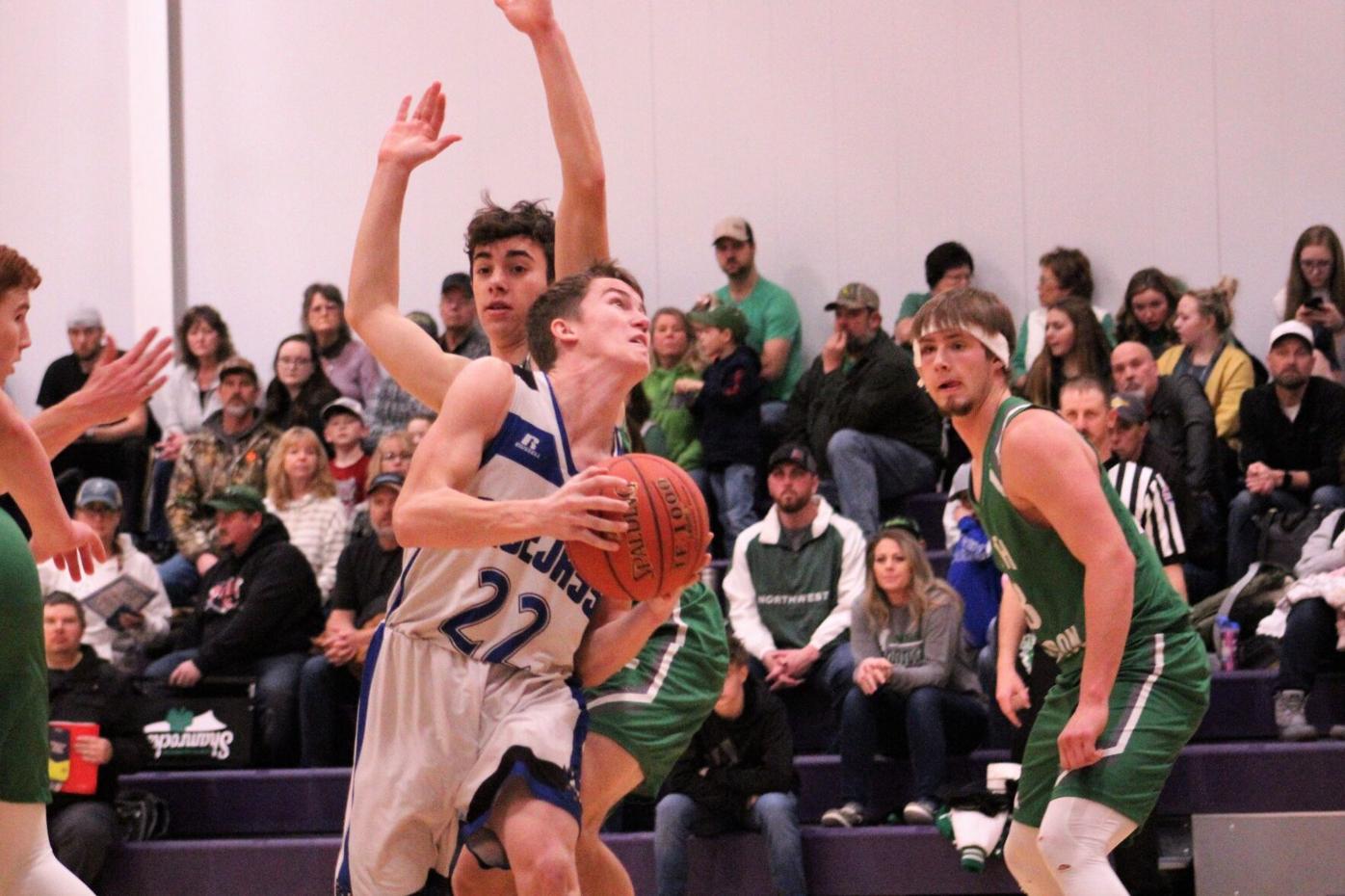 Northeast Nodaway's Colton Swalley drives in for a layup Saturday afternoon in Bethany. 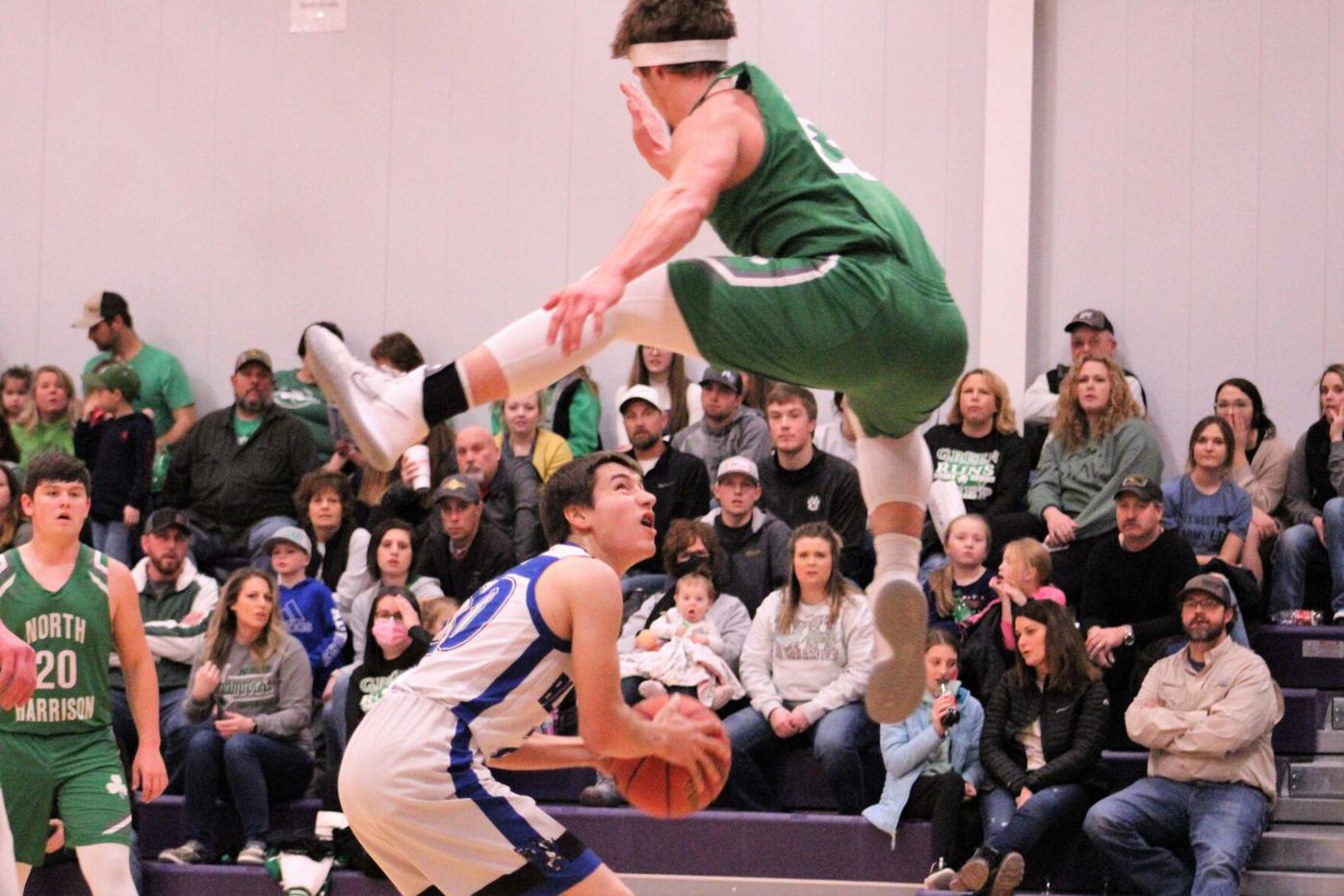 Northeast Nodaway's Colton Swalley drives in for a layup Saturday afternoon in Bethany.

BETHANY, Mo. — The Northeast Nodaway Bluejays wrapped up the South Harrison Invitational with a 78-47 win over the North Harrison Shamrocks on Saturday evening. The Bluejays took third place in the tournament and averaged 66 points per game despite not having their head coach.

“I guess this just means that we can power through adversity,” Ben Boswell said. “We didn’t have our head coach, but we powered through and Coach (Sheldon) Saxton did a great job.”

Northeast Nodaway’s offense all, but clinched third place early in the first quarter. Boswell scored the game’s first basket and gave the Bluejays the first of 12-straight points to begin the game.

Boswell scored six of the 12 points during the run and 15 total in the first quarter. The junior guard had the game’s second longest run, scoring nine-straight points in a minute and a half — helping the Bluejays to a 23-6 lead at the end of the first quarter.

“It felt nice and it’s always nice to help the team,” Boswell said. “They do the same thing. We all just do our fifth as our coach likes to say.”

It was a different fifth that carried the weight in the second quarter. Sophomore Dylan McIntyre scored the first four points of the second quarter and carried momentum over the final seven minutes of the half.

“It was a lot of fun while I was in there,” McIntyre said. “I got in some foul trouble later on.”

The Bluejays and Shamrocks traded blows in the early stages of the third quarter. Boswell scored six of the offense’s nine points through the first three minutes.

The Shamrocks did what they could to hang around early in the third, but Northeast Nodaway hammered North Harrison with a 10-3 run that gave the Bluejays a 30-point lead.

“I don’t really know what the key was tonight, we were just really locked in,” junior Auston Pride said.

The Bluejays have won six of their last seven, improving their record to 8-4 this season.

“We’ve just been grinding in practice, staying locked in and doing our stuff right,” Pride said. “We haven’t been messing around in practice and since then, we’ve been really successful.

Northeast Nodaway will have its hands full on Tuesday as they take on the undefeated Mound City Panthers.

“We’re just going to have to practice hard and give all the effort that we can,” Boswell said. “We have to be locked in and ready to go no matter what team we’re playing.”

With their recent success, the Bluejay players came into the tournament with high expectations. Those expectations will stay with them as the season continues.