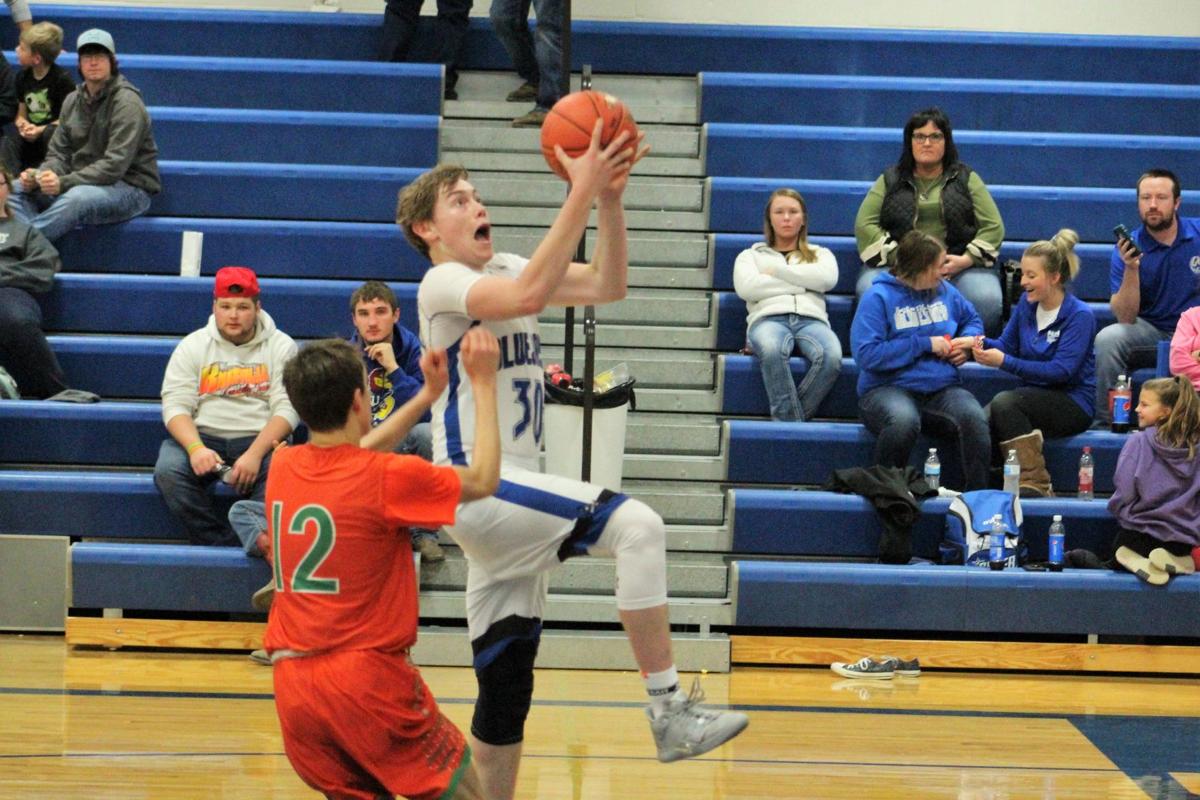 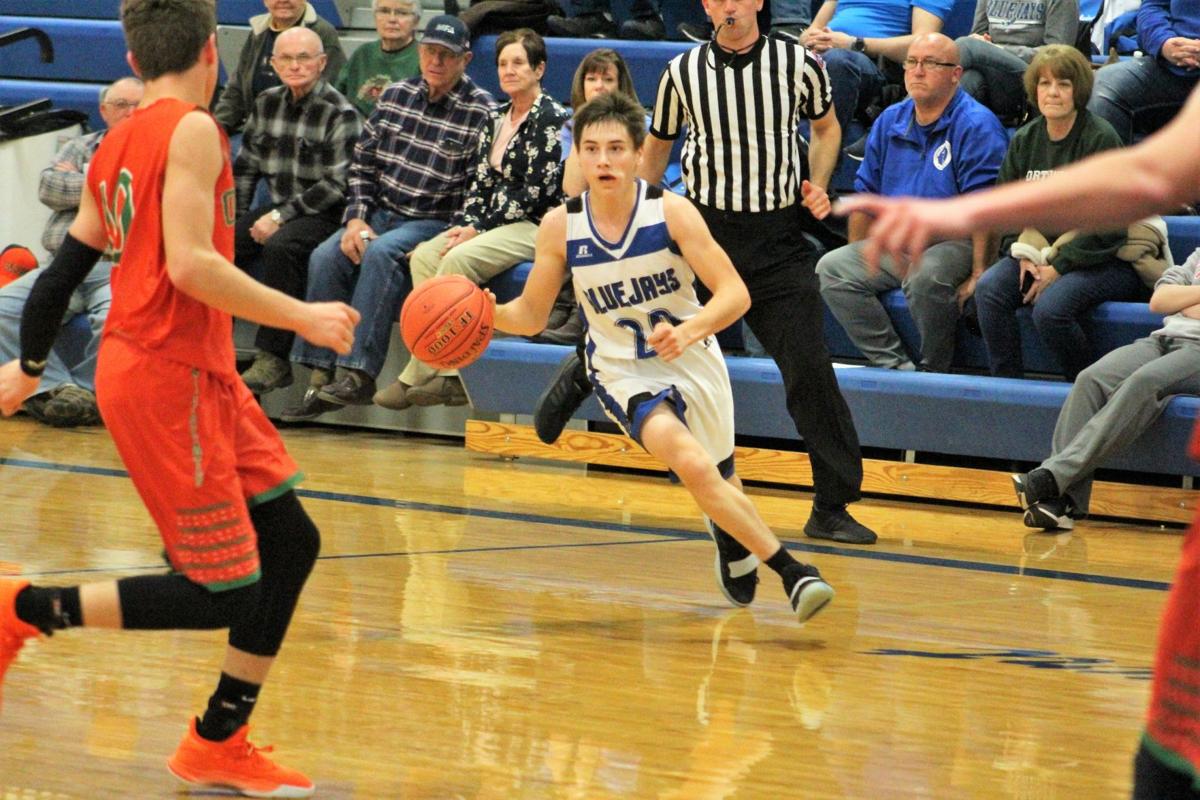 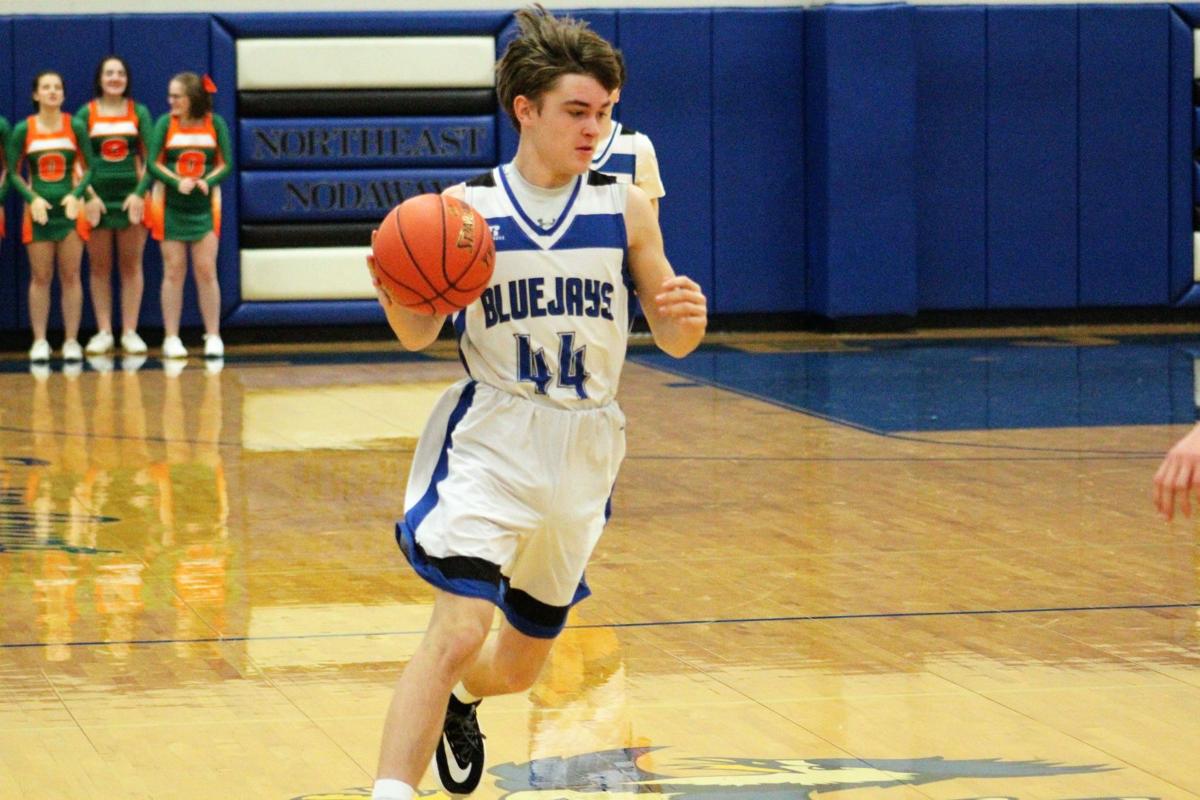 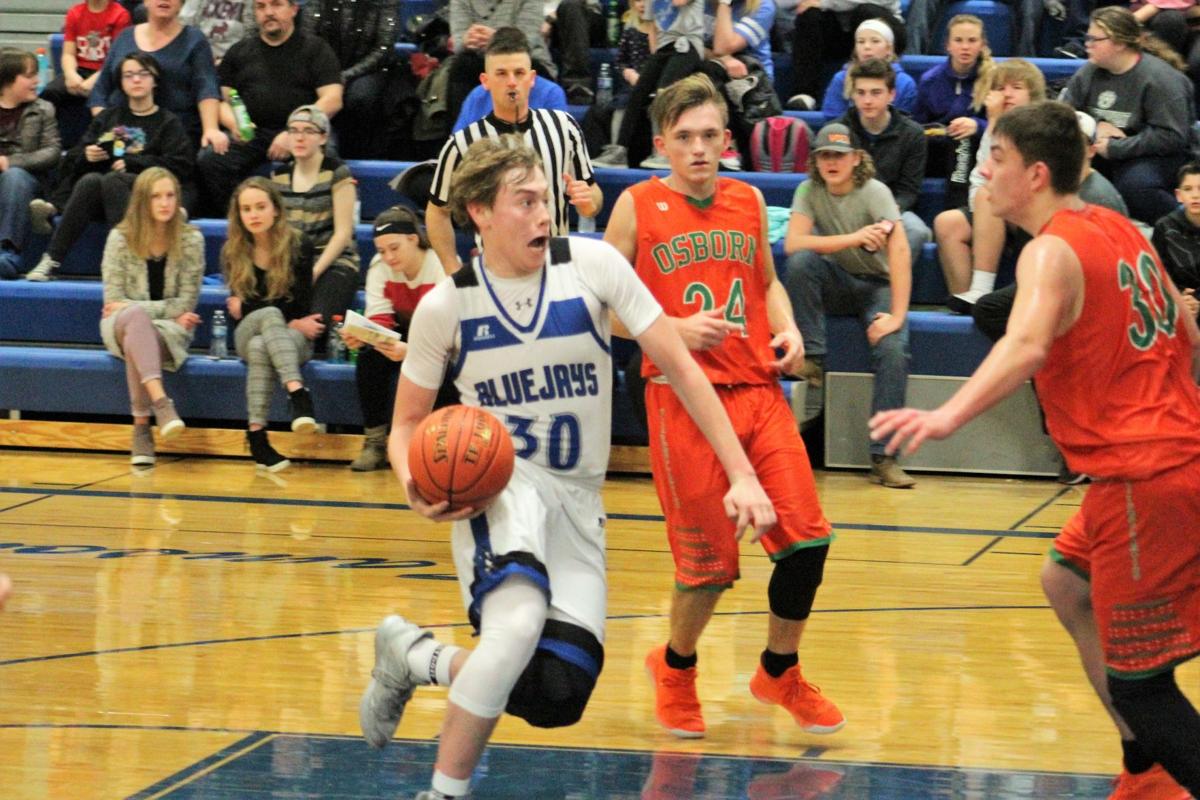 Northeast Nodaway's Mitchell Sherry goes down the lane for a layup. 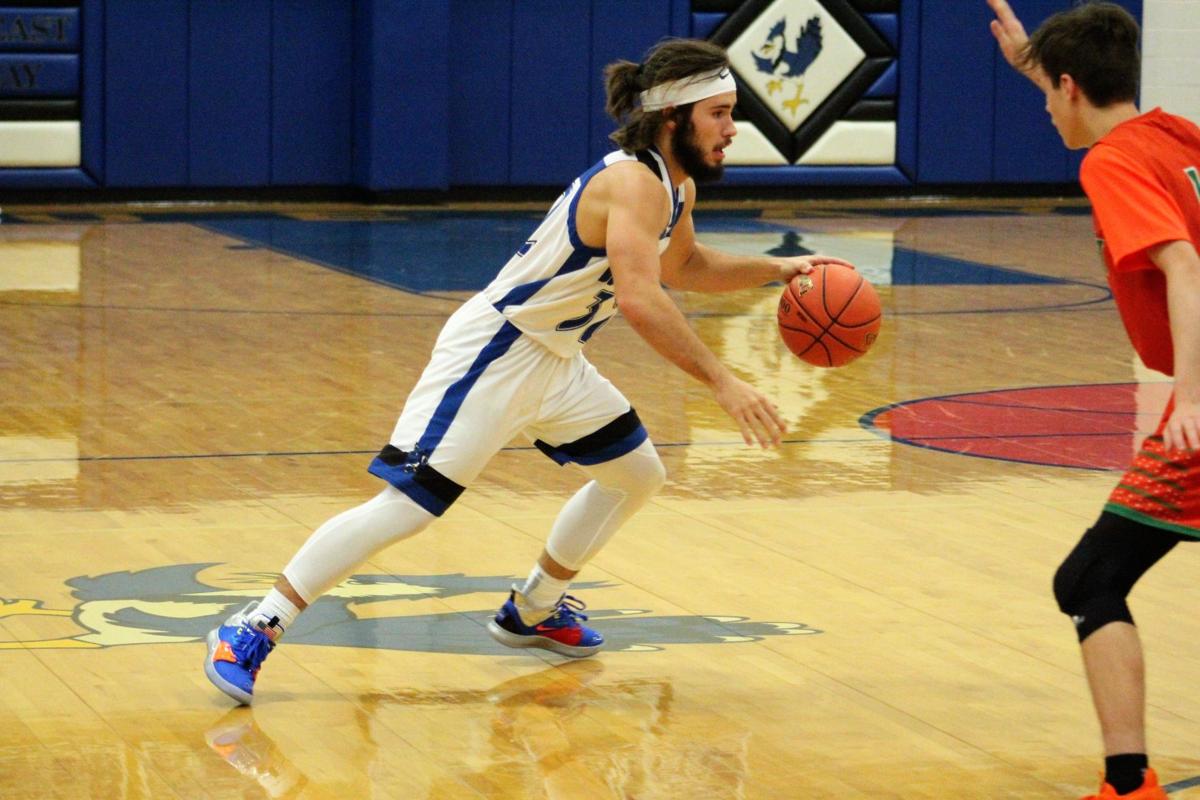 Northeast Nodaway's Mitchell Sherry goes down the lane for a layup.

RAVENWOOD, Mo. — The Northeast Nodaway boys basketball team won its matchup against the Osborn Wildcats Monday night in the opening round of the Platte Valley Invitational, 44-23. But even with the 21-point victory, head coach Rory Jackson felt his team could have played better.

“We didn’t play like we did last Tuesday,” Jackson said. “You know last Tuesday I thought we came out and executed a little better and tonight we just had a hard time putting the ball in the hole. We just didn’t play with poise and just playing the game—we just make it harder on ourselves.”

The two teams combined for just six points over the first four minutes of the first quarter. After tying the game at four, Osborn’s Colby Frazier gave the Wildcats their biggest lead of the game with a three-pointer. Northeast Nodaway’s Reed McIntyre cut the lead to one with a two-point field goal with five seconds left in the quarter.

Osborn quickly extended its lead back to three early in the second quarter. Mitchell Sherry got the Bluejays back to within one with two free throws, starting a 7-0 run.

Sophomore Ben Boswell was the biggest factor in that run, notching back-to-back steals that led to five points for his team. Boswell scored eight points for Northeast Nodaway in the second quarter, helping Jackson’s team take an 18-11 lead into halftime.

“He did fine, you know he struggled a little bit at Albany and made some bad decisions, but you know tonight I thought he played a lot better,” Jackson said. “He’s our point guard, so everything goes around him.”

Northeast Nodaway began the second half by putting some distance between itself and the Wildcats. Sophomore Austin Pride scored back-to-back baskets to begin the half followed by a steal and layup from Sherry.

The Bluejays held Osborn scoreless until Samuel Dorton’s three-point play with 16 seconds left in the third quarter. Pride scored the quarter’s final basket with nine seconds left to give Northeast Nodaway a 27-14 lead.

Boswell began the final quarter with the second of his three three-pointers made in the game. The sophomore point guard led all scorers with 16 points.

Pride continued to torment the Wildcats in the paint with back-to-back baskets to give the Bluejays a 19-point lead with 4:44 left in the game. Osborn made two free throws to put an end to that run, but Boswell and Lane Dack hit consecutive baskets for a quick 5-0 run.

Northeast Nodaway’s biggest lead came with back-to-back scores from Dylan McIntyre to make the score 44-20. Jackson finished the game by playing a handful of his younger players.

After going scoreless in the first half, Pride finished with 10 points—all coming in the second half. Sherry rounded out the top three scorers with seven points in the win.

Jackson’s team will get a day off before returning to action for a second-round game against St. Joseph Christian on Wednesday at 8:30 p.m.

“A win is a win, it’s a great win and you got to get the win,” Jackson said. “I just think that we are capable of playing much better.”