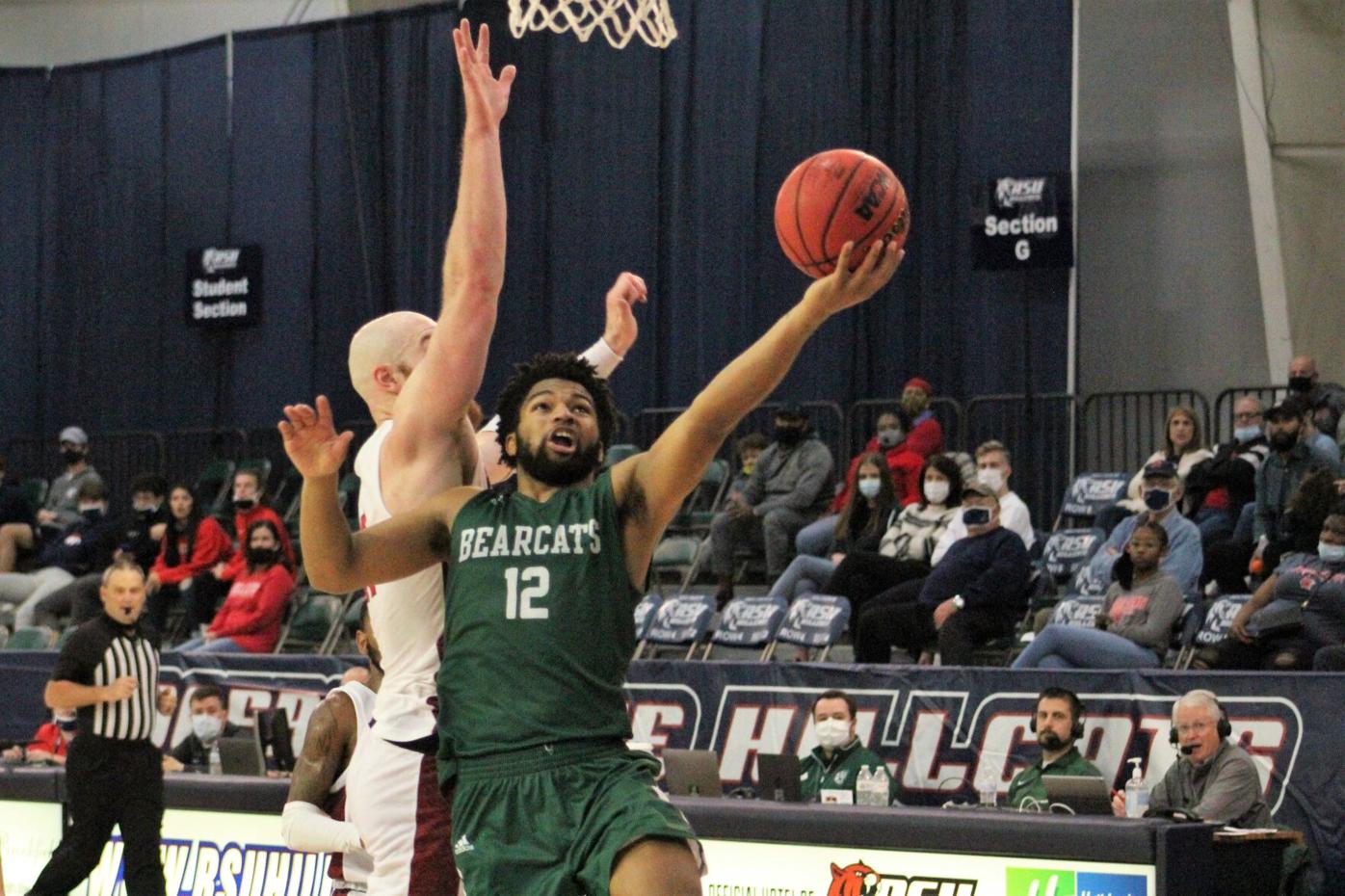 Northwest's Trevor Hudgins goes up for a layup Saturday at Rogers State. 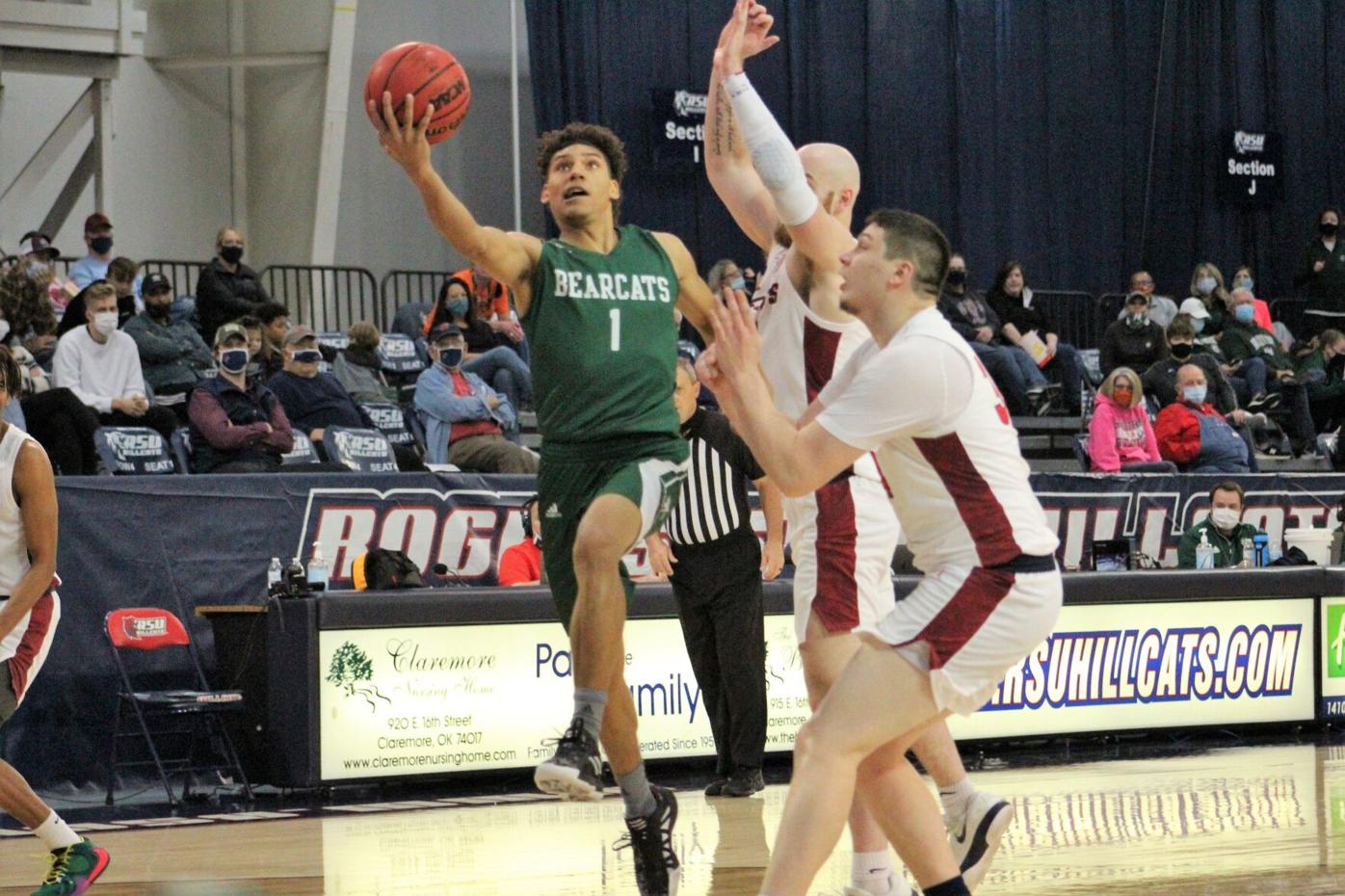 Northwest's Diego Bernard goes up for a layup Saturday at Rogers State. 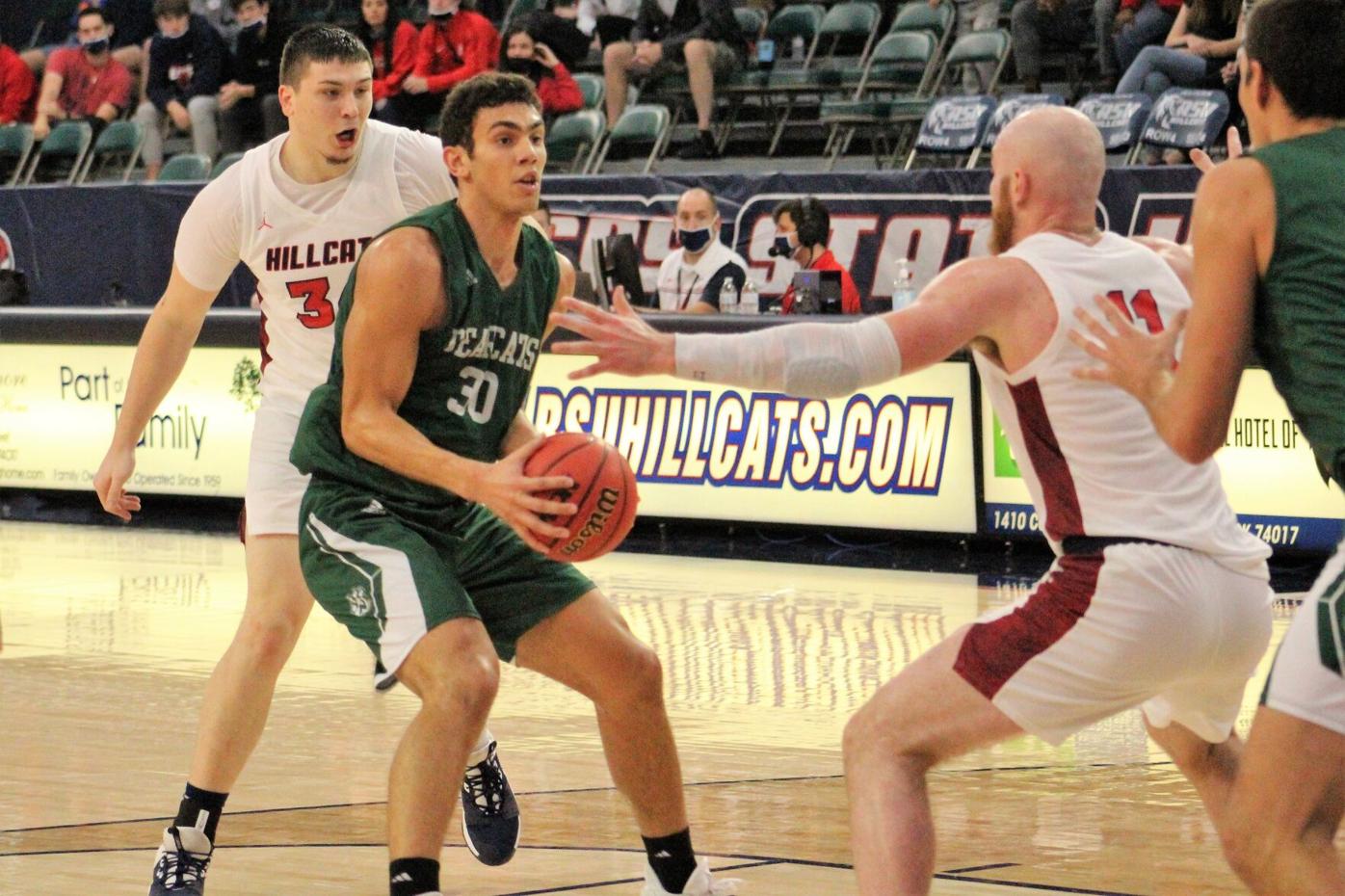 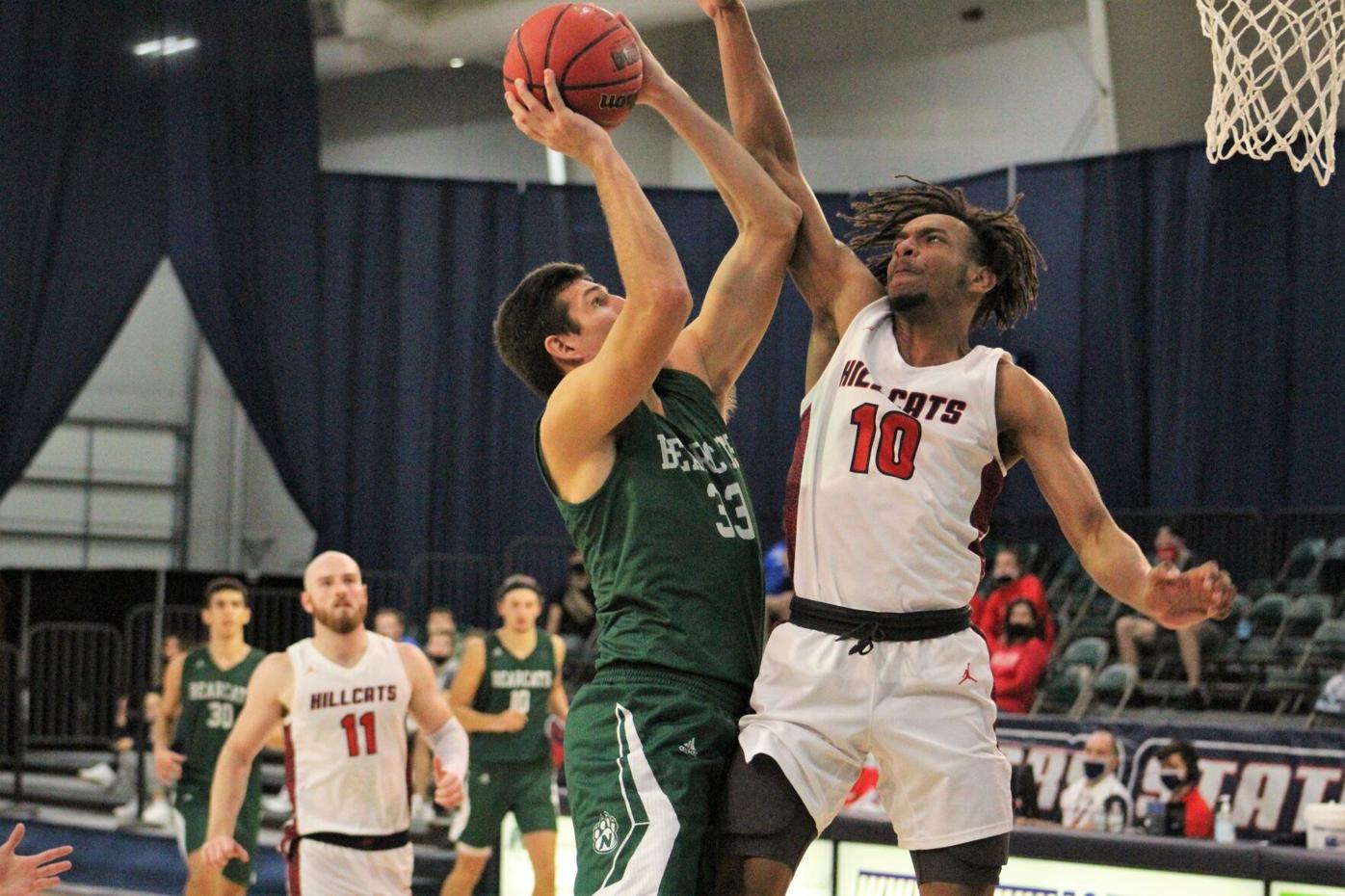 Northwest's Ryan Hawkins goes up for a basket Saturday at Rogers State.

Northwest's Trevor Hudgins goes up for a layup Saturday at Rogers State.

Northwest's Diego Bernard goes up for a layup Saturday at Rogers State.

Northwest's Ryan Hawkins goes up for a basket Saturday at Rogers State.

CLAREMORE, Okla. – The Bearcats showed some rust in their first game of the season of the 2020-2021 season.

Northwest shot just 31% from three and its leading scorer from a season ago had just four points in the first half. But even with the offense working out the kinks, the Bearcats defeated the Rogers State Hillcats 86-78 Saturday evening.

“We had some game slippage tonight, especially right off the start, we struggled offensively,” Bearcat senior Ryan Hawkins said. “I think if we just start taking better shots on offense, granted we didn’t shoot it that well, but you should be able to take that out of the equation.

"We just had a lot of energy right off the start, it was the first time playing since March, so we were excited to get out there.”

Both offenses were slow to start as the two teams went back-and-forth early on. The Hillcats and Bearcats exchanged the lead six times over the first seven minutes of the game but combined for just 22 points over that period.

The Bearcat offense got a shot of life midway through the first half from junior guard Diego Bernard. Bernard scored seven-straight points for Northwest as they extended its lead to 26-20 with 7:27 left in the half.

The Hillcats struggled to cut into the Bearcats’ lead until late in the first half. Rogers State found themselves down 32-24 with less than four minutes left in the half and from there, outscore Northwest 15-6 to end the half, including a three-pointer from Devin Pullum to give the Hillcats a 39-38 lead at halftime.

“I thought they played harder than us,” Ben McCollum said. “I thought we had a lot of game slippage, meaning it was almost like we played not to lose, rather than to win the game, especially starting off. We missed a lot of reads and then defensively I didn’t think we were very physical.”

Fouls were a problem for both teams in the matchup as they combined for 42 fouls. The Bearcats scored 14 of their 38 points from the free throw line in the first half. Northwest was called for six fewer fouls in the game, but shot 23 more free throws than Rogers State.

The Hillcats extended their lead to three to begin the second half, then Wes Dreamer tied the game once again with three free throws. Trevor Hudgins gave the Bearcats their first lead of the half at the 18:30 mark with a free throw, but Rogers State quickly recaptured the lead on their next possession.

Dreamer then made his biggest impact in the game with back-to-back three-pointers to give the Bearcats a 48-45 lead with 15:32 left in the second half.

Just as Northwest started to gain momentum, the Hillcats took it away. Darraja Parnell and Cole Kinnamon combined for five-straight points to regain the lead. Dreamer responded with a jumper and a free throw to take the lead back, only for Kinnamon to continue the tug of war that the two teams played for most of the game.

The two teams traded blows for 15 minutes in the second half, but the Bearcats found a bit of a groove at the five-minute mark. Daniel Abreu, Hawkins and Hudgins all played a part in a run that gave Northwest a 70-61 lead with 4:21 remaining in the game.

“We just started playing our game,” Hudgins said. “We were just thinking too much, doing too much, just driving into them. But then we started making stops, we started thinking and playing for each other, both offensively and defensively. Then we made a little run at the end.”

Hudgins led the Bearcats with 27 points in the win over Rogers State. Dreamer was second on the team with 20 and Bernard finished third with 17 points.

“That’s the beauty of our offense, whoever is hitting is going to go off,” Hawkins said. “Trevor did a great job, him and Diego came through with some huge shots. Wes Dreamer played amazing tonight both offensively and defensively, so that was nice to see. We’ve got scorers on this team for sure, it’s just going to be about finding who’s hot and exposing the defense.”

Northwest will be off until Dec. 3 when they face Central Missouri in Maryville. The Mules are 0-1 this season after losing to Lincoln on Saturday.

“At the beginning it had a little effect (COVID-19),” Hudgins said. “We didn’t know if we were going to start, if it were going to happen, didn’t know about the fans, the tickets. Sooner or later we have to quit thinking about that stuff and get better because if you can get better every day, you can still make progress toward our future goals.”