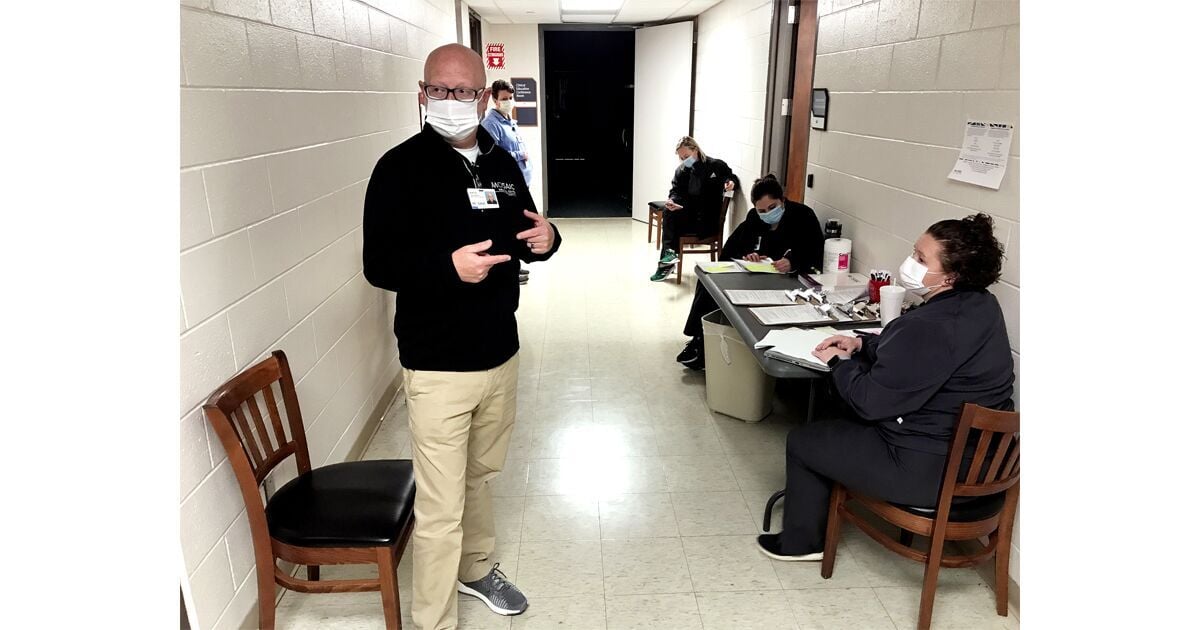 Mosaic Medical Center – Maryville President Nate Blackford speaks Wednesday to a group of reporters with a backdrop of caregivers who are conducting vaccination of their coworkers. According to Blackford, More than 300 Mosaic caregivers have recieved at least the first dose of the Pfizer-BioNTech vaccine and many of those have received the second dose, as well. 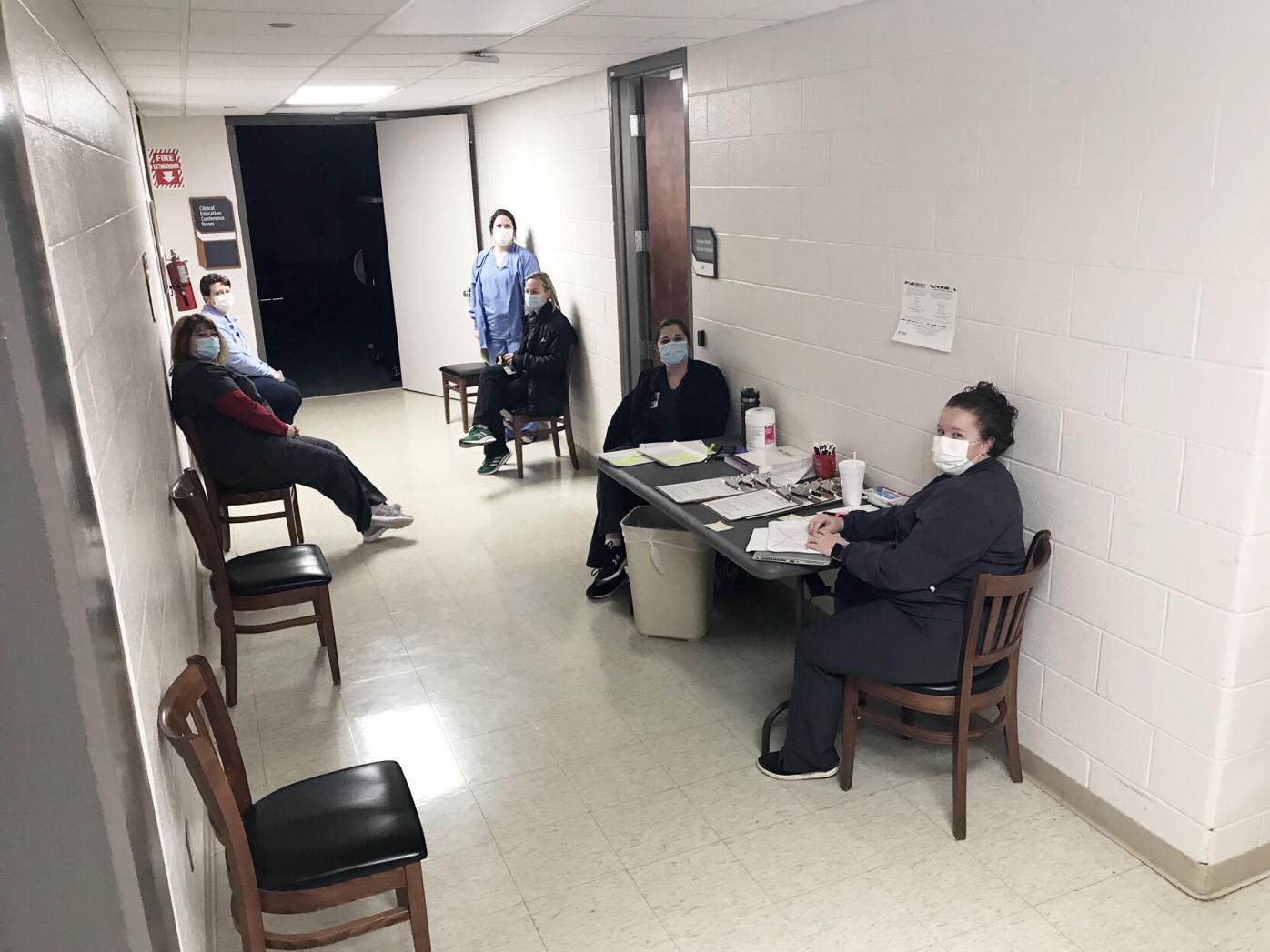 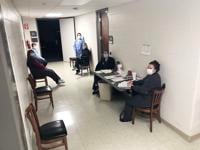 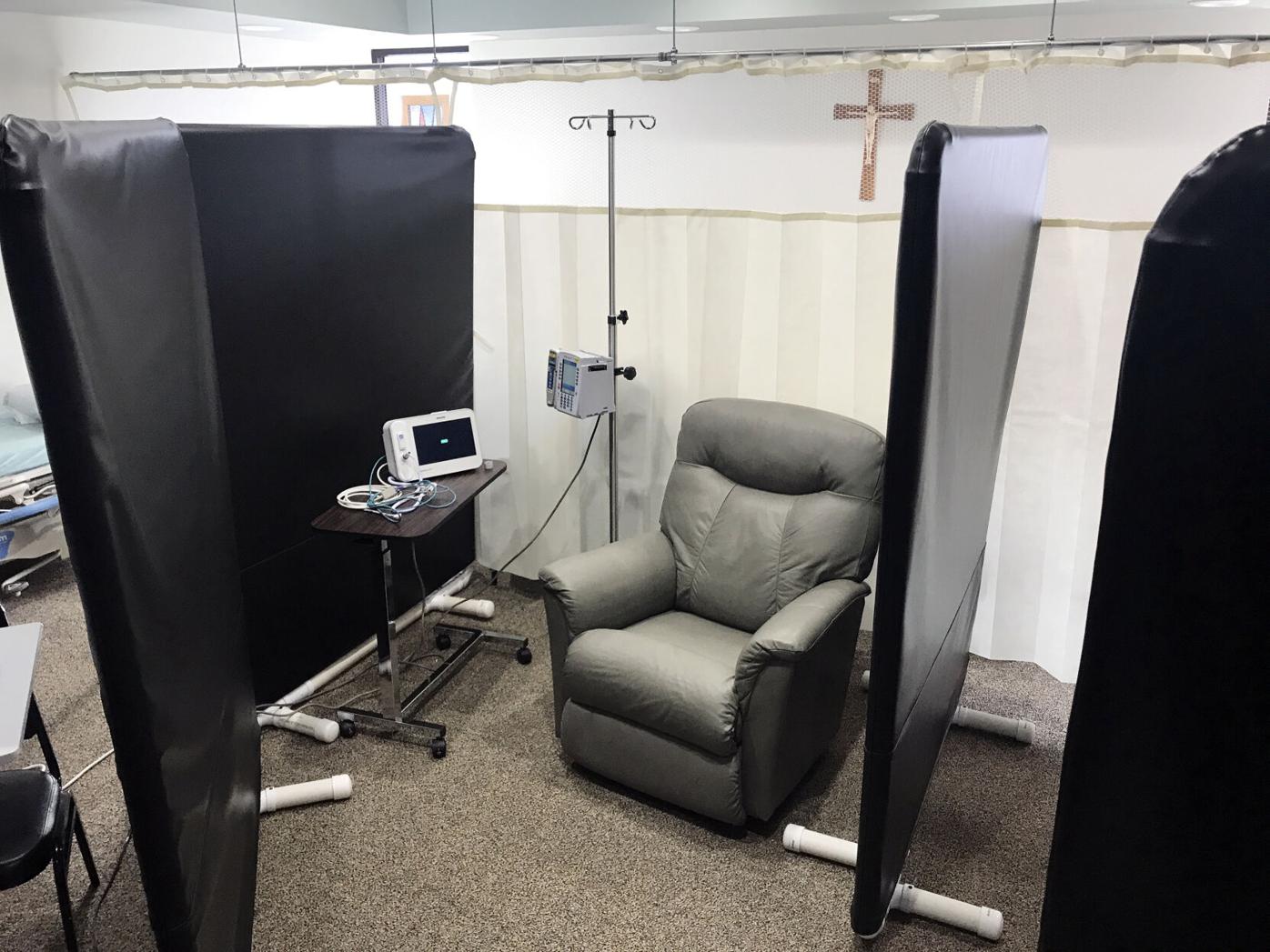 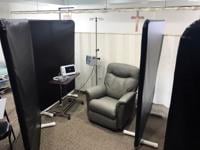 Mosaic Medical Center – Maryville President Nate Blackford speaks Wednesday to a group of reporters with a backdrop of caregivers who are conducting vaccination of their coworkers. According to Blackford, More than 300 Mosaic caregivers have recieved at least the first dose of the Pfizer-BioNTech vaccine and many of those have received the second dose, as well.

On Tuesday, the Nodaway County Health Department opened registration for those interested in receiving a COVID-19 vaccine. Health department administrator Tom Patterson said that about 900 people signed up on Tuesday alone.

Anyone interested should call the health department at 660-562-2755, or fill out the online registration form available through this story on MaryvilleForum.com or the health department’s Facebook page. Registrants should be eligible for Phase 1A, or Phase 1B – Tier 1 or 2, which were activated over the last week.

Officials from both agencies said Wednesday that registrants will be contacted by the health department when vaccines become available, but it could be on very short notice while the vaccine supply remains in flux — Patterson said that state health officials indicated Monday that the vaccines ordered by his agency could instead be diverted to southern Missouri.

“We’re supposed to get 300 Moderna vaccines next week, and I’m sitting here on Wednesday and I can tell you right now, I don’t know if we’re going to get them,” Patterson said at Wednesday’s health department board meeting. “It’s 50/50.”

MMC-M President Nate Blackford said at a press conference Wednesday morning that the hospital has ordered 1,000-1,500 doses of the Pfizer-BioNTech vaccine, but indicated he is not confident Mosaic will receive the full amount.

Nationally, vaccine production has not met expectations set by the federal government’s Operation Warp Speed, and Missouri is one of several states that has not received as many vaccines as were initially expected.

“We’re trying to keep the information out there … as best as possible, but basically, we’re asking people to be patient and to realize this is an extended vaccine campaign over the next several months,” Patterson said. “And regardless of what happens with (the state) opening tiers this early … it doesn’t make the vaccine get here any faster.”

Currently, both agencies are proceeding with planning a mass vaccination event tentatively planned for sometime next week. Blackford said details about the location and other logistical issues are still being worked out, but should be completed later this week with a public announcement to follow.

Some of those logistical issues include significant staffing needs, with more than 60 volunteers needed including licensed nurses, parking attendants, wayfinding help, and volunteers to assist with registration and scheduling.

The number of people contacted by the health department to participate in the vaccination event will depend on the number of doses that become available, with a standby list of about 20-25 people to fill in for potential no-shows, Blackford said. Patterson told The Forum that registrants will be contacted roughly according to when they signed up. Once both agencies have a better idea from the state about how many doses they will receive next week, the health department will begin contacting those who registered.

After a patient has been contacted, they will need to show ID at the vaccination site to be admitted and checked against the registration list, but no other documentation is required, like proof of insurance or any other medical information. The vaccine is provided for free.

Although Mosaic and the health department are sharing some of the list’s registrants, three other sites have been approved by the state to administer COVID-19 vaccines in the active tiers: Hy-Vee pharmacy, Rogers Pharmacy and Walmart pharmacy. Those vaccinators have released no information to the public about registration or vaccination plans.

As of Wednesday, about 300 MMC-M employees had received at least one dose of a vaccine, and about 550 health care workers in the county have been vaccinated overall.