There are no services available.
You have permission to edit this article.
Edit
Welcome, Guest
Home
News
Sports
Life
Features
Opinion
Community
Obituaries
Classifieds
Event Calendar
About Maryville
1 of 2 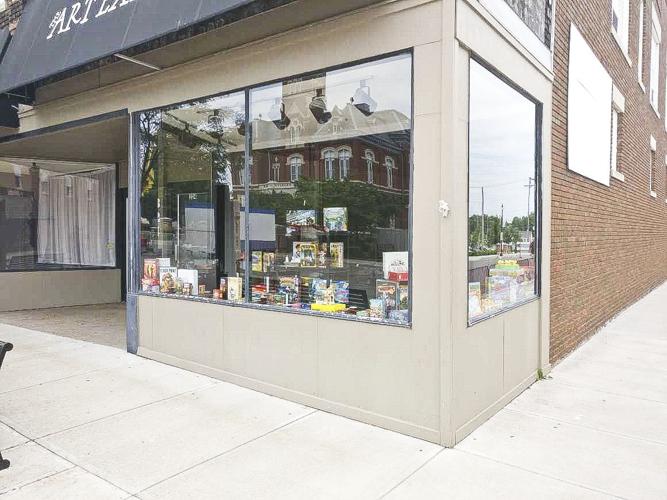 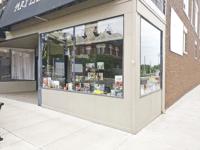 During the Nodaway County Fair, the Maryville Board Game Café, located at 324 N. Main St., set up some of its offerings. The business owned by Scott and Thuy Copeland should be opened next month. 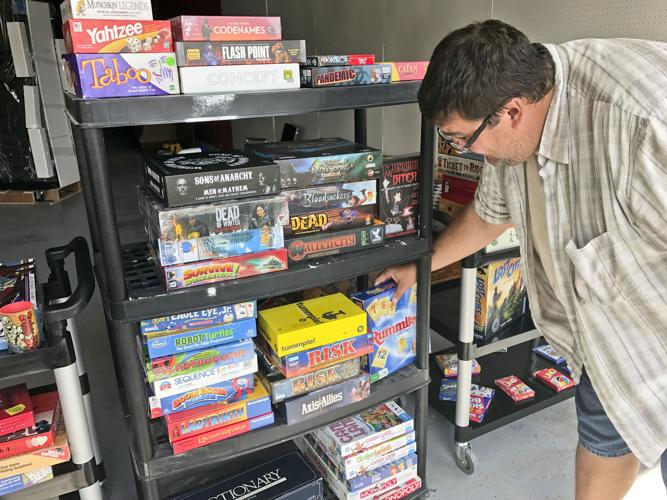 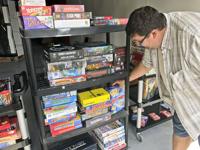 Maryville Board Game Café owner Scott Copeland organizes some games at his location at 324 N. Main St. The new business plans to open by the middle of next month, offering nearly 400 different board games for patrons to play while relaxing and sipping on coffee.

During the Nodaway County Fair, the Maryville Board Game Café, located at 324 N. Main St., set up some of its offerings. The business owned by Scott and Thuy Copeland should be opened next month.

Maryville Board Game Café owner Scott Copeland organizes some games at his location at 324 N. Main St. The new business plans to open by the middle of next month, offering nearly 400 different board games for patrons to play while relaxing and sipping on coffee.

Scott and Thuy Copeland both attended Northwest Missouri State University prior to moving to Kansas City for job opportunities for a 10-year stretch.

Two years ago, they moved back to Maryville and that started the groundwork for what will be known as the Maryville Board Game Café.

The business will focus on bringing people into a café setting to play a variety of board games. The plan is simple: disconnect from your phone and laptop and just play board games at the location at 324 N. Main Street.

There won’t be Wi-Fi, but there will be couches, chairs, tables, coffee and a ton of board games.

Copeland started planning the business when the family of four — two kids, ages 8 years old and 9 months — returned to Maryville.

He worked with his alma mater on a feasibility study on his idea for a board game café. He sent out a questionnaire to every student and got back more than 1,000 surveys — almost all were in favor of his idea.

Copeland’s nostalgia for board games started in his childhood in Neosho, Missouri, a town located about 20 miles south of Joplin.

His favorite game was Pay Day, and as he and other millennials grow older, they seek some semblance to the easier times of their youth.

“A lot of the millennials are getting older and having families,” Scott Copeland said. “They grew up with board games and have great memories of playing board games with their siblings. We have grown up and now we are playing those games with our kids.

“I felt this is a concept that would go over really well here in Maryville. We kicked the idea around and this was the perfect time to move back and offer something the community could use.”

There is still some work that needs to be done to make the space, formerly occupied by The Art Experience, ready to go.

Despite empty walls wherever he looked when he took over the place in June, Copeland’s vision is one of a place that will be a hub for families and college students. Running a business is nothing new to him as he was a manager at Food 4 Less when it was in town and later was a managing partner and part owner of Sonic before moving to Kansas City.

Located at the corner of Fourth and Main steets, the business is on the square, the “social hub” of Maryville, and right down the road from Northwest.

There is equipment still being ordered and dry wall work will need to be completed by next month, but Copeland has a plan for the unique business.

The front area will have a feel of a typical coffee shop with chairs and tables for people to lounge around and talk.

The north wall will have shelves that will store the board games, the hope is about 400 or so. As of last month, Copeland had around 150 of them.

Across from that wall will be a place to get coffee and snacks, and eventually, further down the road, a full bistro-type menu.

A back wall will be taken out to create more space for a variety of tables and chairs, ranging from space for couples to large groups or families.

There will be a few employees or baristas, as well as “game gurus” who will walk around and help teach new games or answer questions about the large variety of games.

The “gurus” will also suggest games that players may enjoy.

There will be a small library fee charge for use of the games, which will go into expanding the library of games as well as replacing parts of games that may go missing.

“We want to keep the games up to date and every month when you come up there will be new games added to the collection so you never run out of games to play,” Copeland said.

During the planning stages, the Copelands visited Pawn & Pint in Kansas City and Spielbound Board Game Café in Omaha to get some ideas on the flow of this type of operation.

During the Nodaway County Fair, Copeland set up a display in the front window of his business to showcase some of the games. The Facebook business page received a lot of positive responses afterward.

The café will offer some games most everybody has heard of and/or played: Monopoly, Life, UNO, Scrabble, Candyland and Yahtzee.

There will be some new games which have come out of a surge in the “gaming” market. ICv2, a trade analysis magazine on games, says sales in the U.S. and Canada topped $1 billion last year, and worldwide the total was $9.3 billion.

Copeland noted some of the newer games sometimes don’t have a single winner, while other games take up to an hour or more to decide a winner.

Some of the games he pointed out included Flash Point Fire Rescue, Forbidden Island, Kingsport Festival and Settlers of Catan — the one that got Copeland hooked back on board games. The game involves a group of players colonizing an island, building a settlement and requires the players to work together to survive. According to Euromonitor International, there were more than $80 million in sales in 2013.

“Some games are 13 (years old) and up and three to five players and take 90 minutes if you know how to play the game,” Copeland said. “When you get into some of these games there are different pieces and cards and that is what the game gurus are for. Some are really easy to learn and some are really hard to learn.”