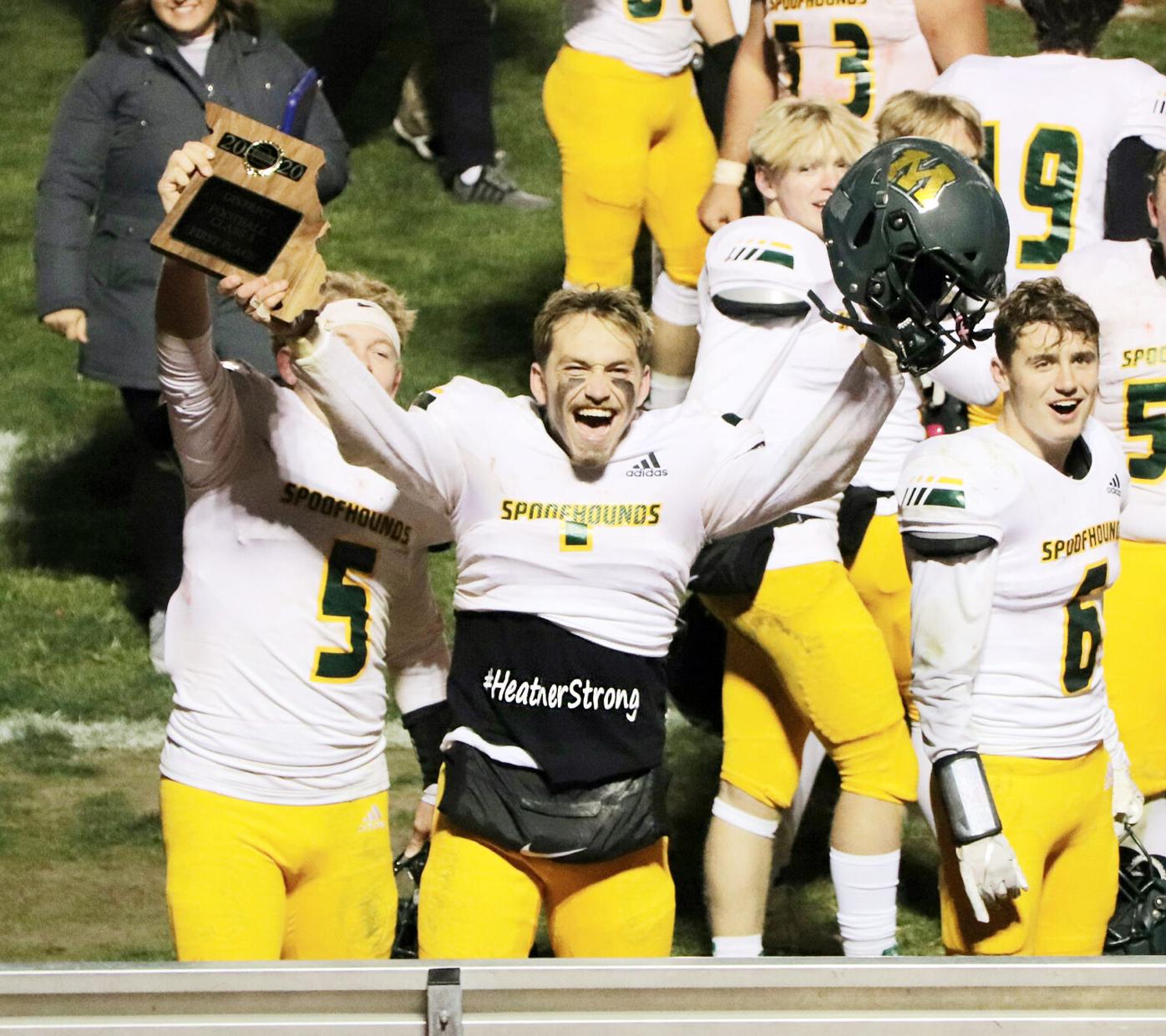 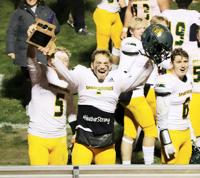 MARYVILLE, Mo. — Odessa and Maryville have enjoyed some battles on the football field — playing four times over the last decade with each team winning twice.

The last game each team has lost came at the hands of the other with Maryville topping Odessa in the 2018 state quarterfinals and Odessa beating Maryville earlier this season. That rivalry and competitiveness doesn’t extend off the gridiron though as the Class 3 football powers have several friendships between schools.

One of those friendships is that of long-time coaches Matt Webb and Mark Thomas. Webb has three state championships at Maryville while Thomas has four in his career, including last season’s at Odessa.

“I’ve always had a tremendous amount of respect for Coach Webb since I’ve gotten to know him the last few years with the type of person he is and what he tries to teach within his program,” Thomas said.

The coaches’ examples have set the tone for players on the teams to become friends, and one of those friendships is between Maryville senior Connor Weiss and Odessa senior Bryce Palmer.

“We know each other through wrestling and we’ve created a bond through both sports,” Weiss said. “… Since freshman year, we’ve been buddies, and I’ve been buddies with his little brother (sophomore Zane Palmer) and know their whole family.”

Palmer and Weiss got to know each other through wrestling, but bonded at last summer’s Blue-Grey Football Combine where not only were they able to hang out, but Weiss was able to meet Bryce’s mom Heather Palmer.

Weiss and Palmer’s teams met on the football field on Friday, Oct. 2, in Odessa. Palmer’s Bulldogs got the victory 28-14, but Palmer had something for his friend from Maryville.

The Odessa senior gave Weiss a T-shirt with “#HeatherStrong” written across it. The seniors at Odessa wore the shirts under their pads on Homecoming against Maryville and Palmer wanted his friend to have one.

The shirts were meant to show support for Palmer’s mother, who was in the hospital. Heather Palmer died just five days later on Oct. 7, at just 46 years old.

Since that day, the T-shirt has become an every-week accessory for Weiss during the Spoofhounds’ 7-game winning streak and a stretch of games that has seen Weiss playing his best football of his career.

“Bryce gave it to me after the Odessa game,” Weiss said. “They had all worn it on their Homecoming — the game against us. Being able to get that from Bryce, it has just become part of my uniform, just to show my support to him.

While Weiss has to keep his jersey in place during games — immediately following games, he rolls up the bottom of his jersey so that the message “#HeatherStrong” is displayed.

“Football is obviously a huge part of our lives both on and off the field, and it just makes us the people we are today and the people we will be in the future,” Weiss said.

The Spoofhounds have another connection to the Palmer family through senior Brady Farnan. Farnan’s aunt worked with Heather Palmer as the two were nurses.

Farnan’s aunt sent the Spoofhound seniors T-shirts to honor Heather Palmer and the seniors wore them for their senior dinner last week prior to the state quarterfinals.

“My mom talked to me, when we found out that she had passed away, about how to find a way to do something nice for them,” Farnan said. “They went and got those shirts, the ‘Heather Strong’ shirts. So during our senior dinner we all got those shirts and we took a picture as a team to support Bryce and support Odessa through all they are going through.”

Webb sent a photo of the boys to his friend Thomas, who shared it with the Odessa community through his social media.

“Obviously, there are no friends on the field, but off the field, that is what football is all about,” Farnan said. “Not making those bonds with just each other, but with players from other teams as well. Obviously Odessa is a really good football team, but they are also good kids. We wanted to show support for them.”

It has been a trying year for the Odessa program. They lost 2020 graduate and Central Missouri signee Kade Kehl to a car accident in July. On Aug. 1, cheer captain Sophie Patrick died, and then the team dealt with the death of Heather Palmer.

“My senior group particularly has really been through a tremendous amount,” Thomas said.

The pandemic then ended Odessa’s undefeated season before the district title game. The Bulldogs were undefeated for the second-straight year.

Thomas says the support of other programs means a lot.

In addition to Maryville, the Cassville team — which Maryville will play on Saturday in the state semifinals and the team Odessa beat in the state championship last season — saw its captains from last season attend the visitation for Kehl in July. Thomas says gestures like that speak volumes about each teams’ student-athletes.

“I think it is pretty good evidence of the type of program that Coach Webb and his staff are running and what they are trying to teach these young men about using the game of football to make them into better people,” Thomas said. “That, as far as I’m concerned, overshadows wins and losses.”